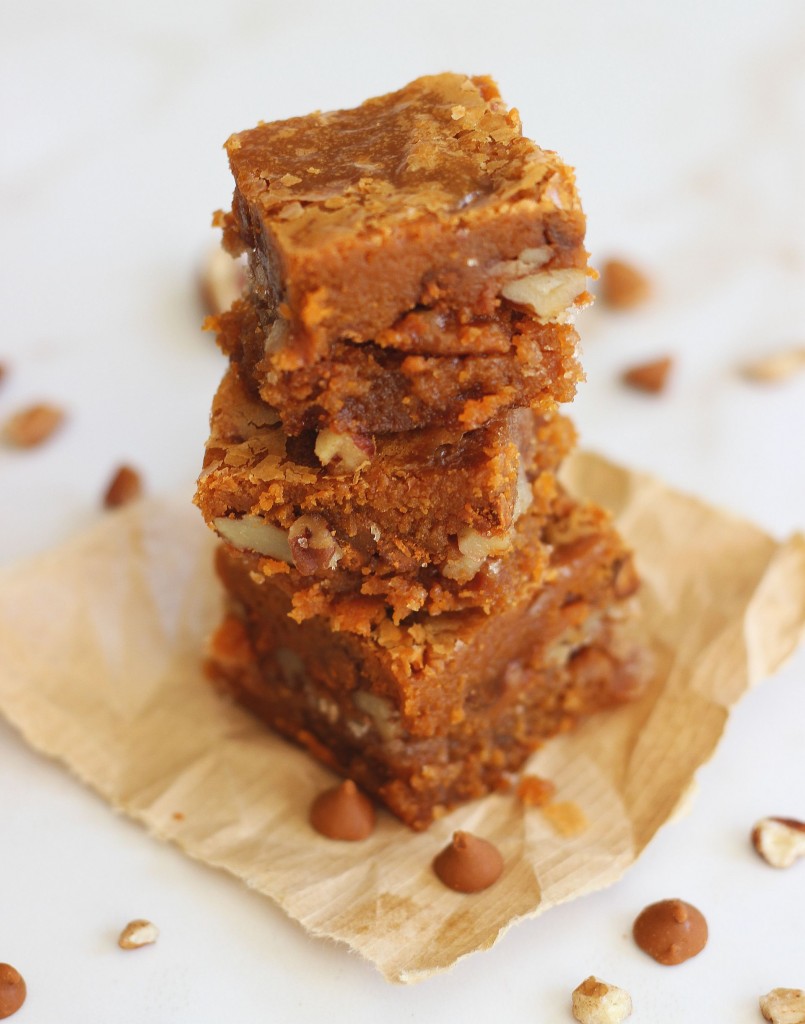 I have more kinda ugly food for you today. I really must work on this. You’ll have to scan the ingredient list real quick before you pass on trying these, and then I think you’ll understand why they deserve your love and attention. Then again, I’ve basically laid all out for you in one of those obnoxiously long titles, so you can see like ALL the ingredients in the name! 🙂 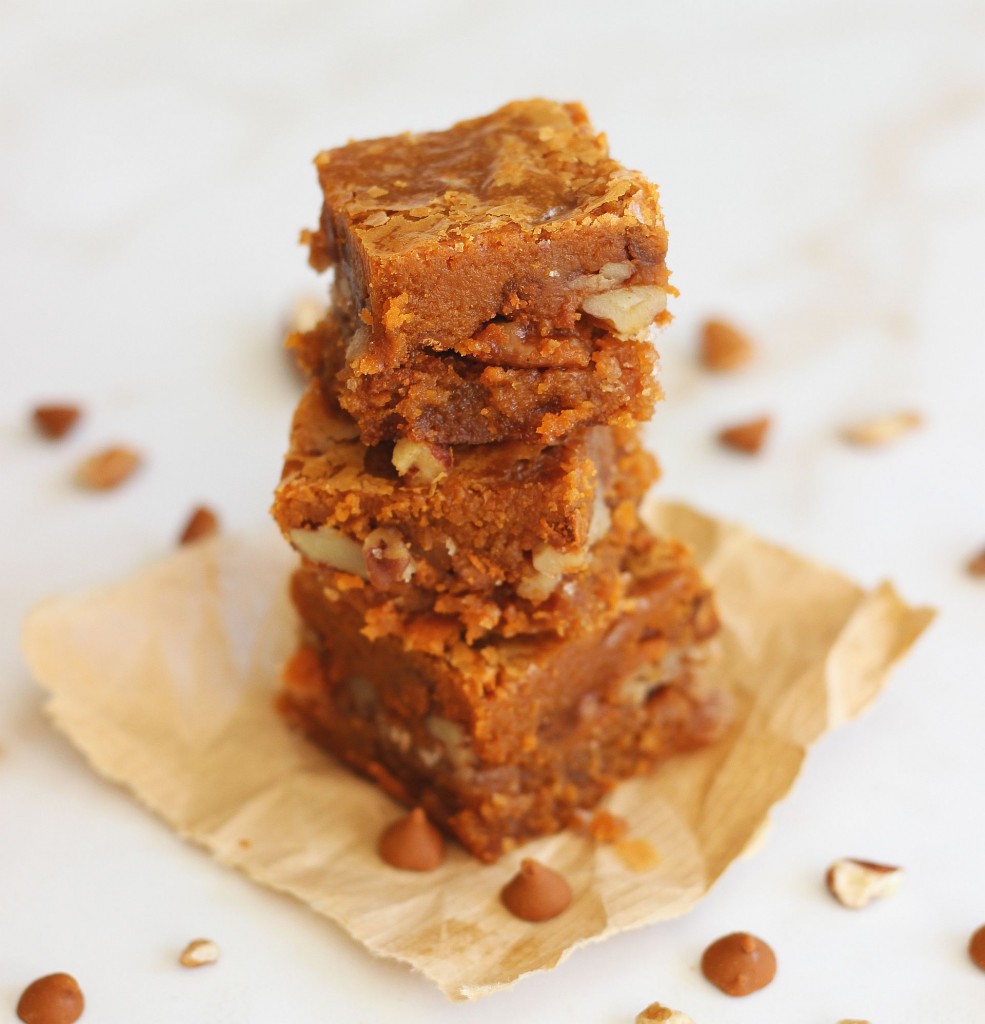 Since these bars aren’t much to look at though, however else would I entice you if I weren’t extremely thorough in naming them? They’re exterior really belies how many wonderful flavors these unpretentious little bars have to offer!

Here was my thought process and inspiration: I feel like I neglect cinnamon chips and that’s simply a mistake. Uh, hello, they’re fantastic. What rock have I been living under? I hardly use them though, and I felt like I needed to show them some love. It paid off because they are what really make these bars so fantastic. Actually, the brown sugar pecan streusel plays a tremendous role in that too, but the cinnamon chips… they’re also dynamite. 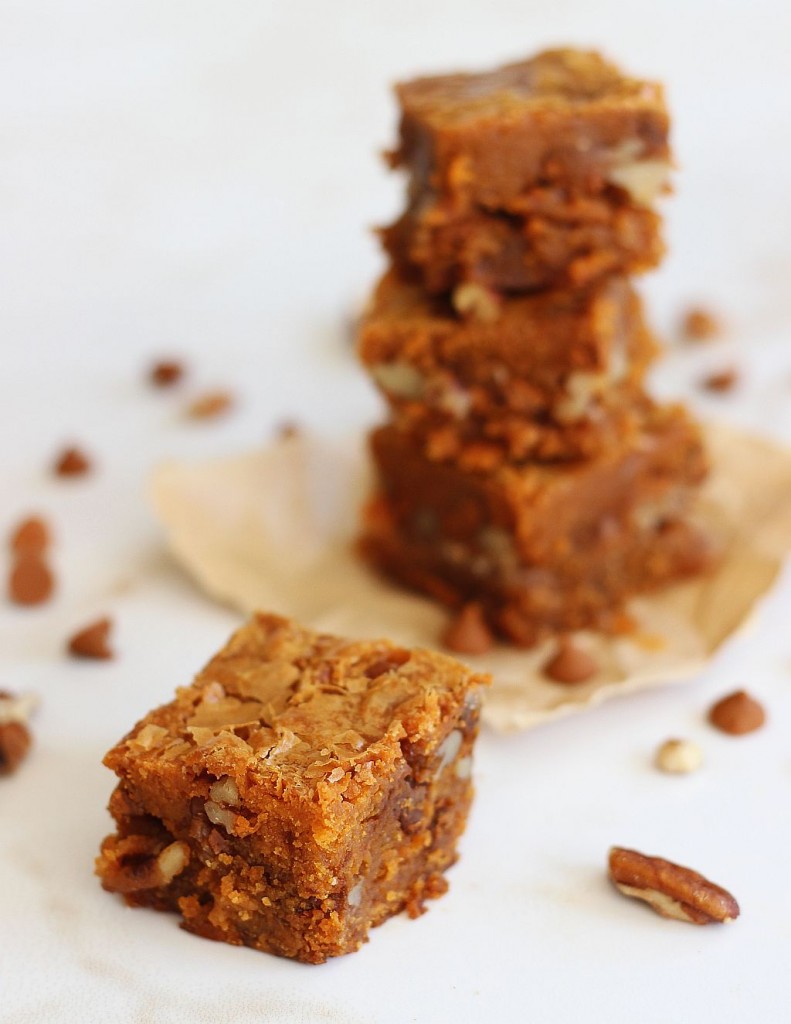 These bars have cinnamon chips both melted into the batter, and just stirred into the batter. You follow me? That was hard for me to articulate! In other words, all forms of cinnamon chip got crammed into these. 🙂 There’s also a ribbon of brown sugar and pecans that splits right through the middle of these bad boys. You can’t actually see it because the batter is the same color, but trust me, it’s there. 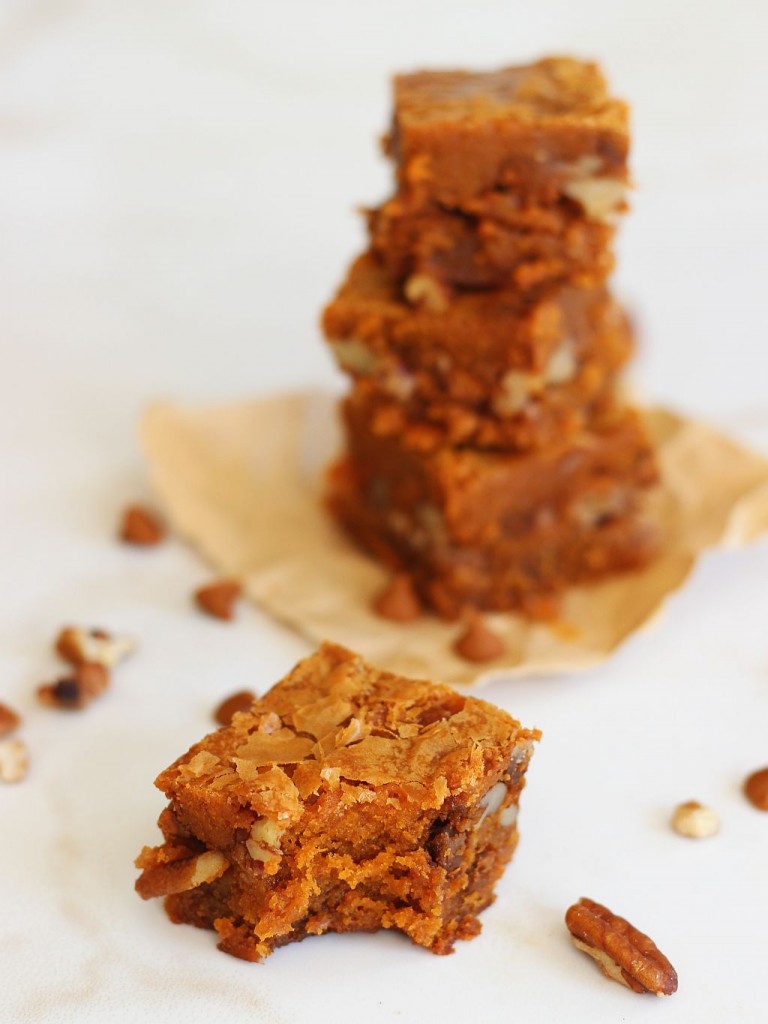 The way the ingredients come together, these taste like the best cinnamon rolls you’ve ever had, but in bar form. I am a big fan of bar cookies. They’re just… easy? I think we all need that in our lives. So, in summary, these are like awesome and gooey cinnamon roll bars. Maybe I should have named them that?? Whatev! You get the gist! 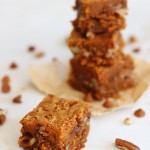 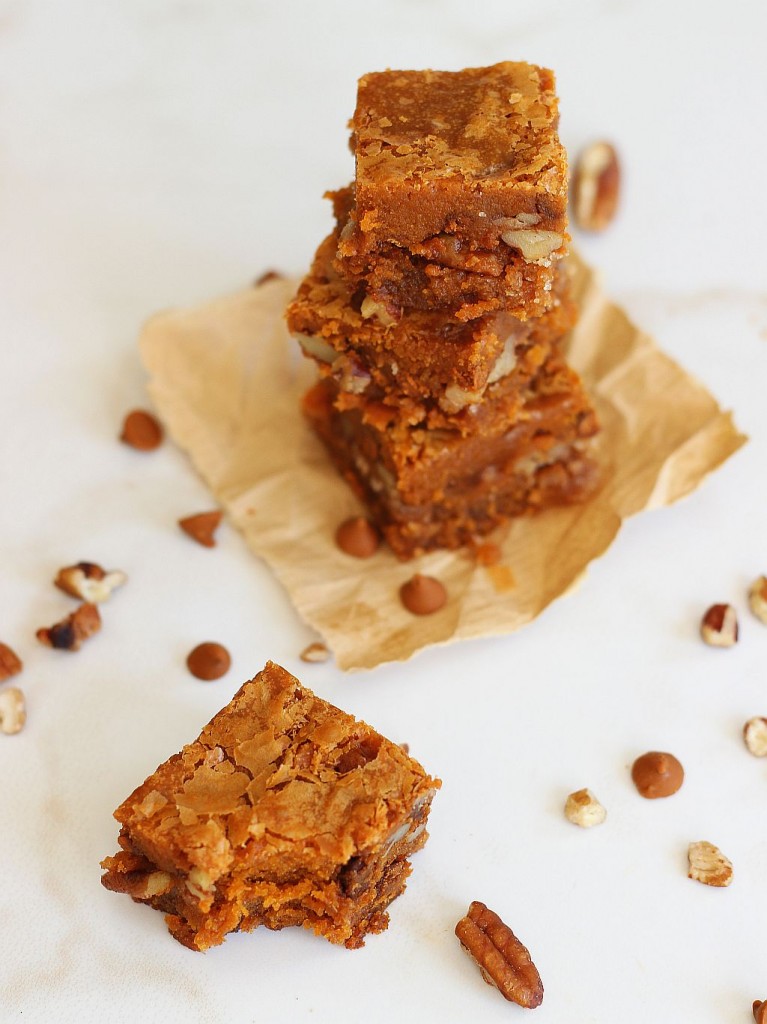