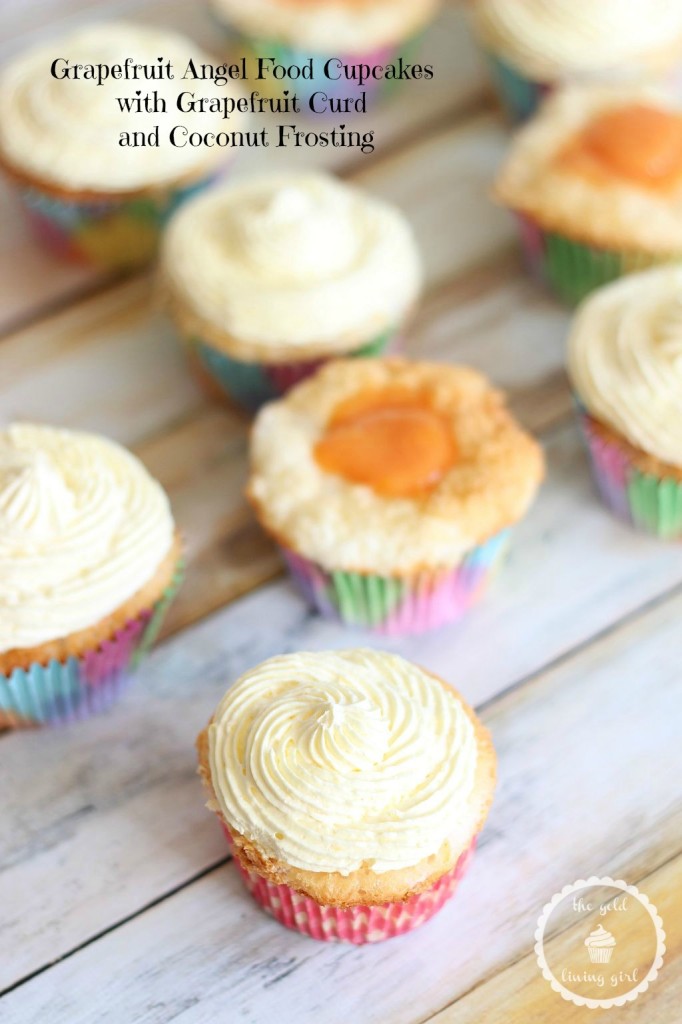 These cupcakes are light. Light, light, light. When you’ve had a heavy dinner, but still want something sweet, these are what you want.

These cupcakes won’t sit like a brick.. like, say, cheesecake. I love cheesecake, but after I’ve been to dinner at my in-laws, the last thing I want is cheesecake. 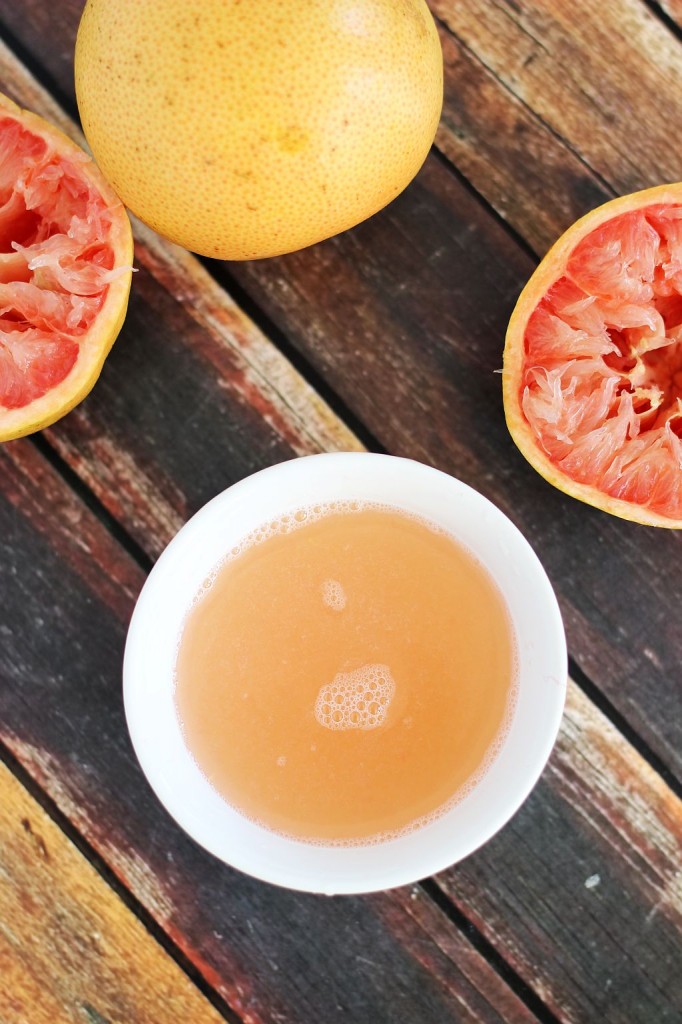 That’s why I took these to dinner with my in-laws this weekend. I know how epically BIG (and AMAZING) the meal will be. 85 courses or so. All perfect and fantastic. Most times in my life where I’ve said “I’ve never been so full in my life” have been after dinner with my in-laws. But I get Joey Tribbiani syndrome… I’m so full, yet I need something sweet. 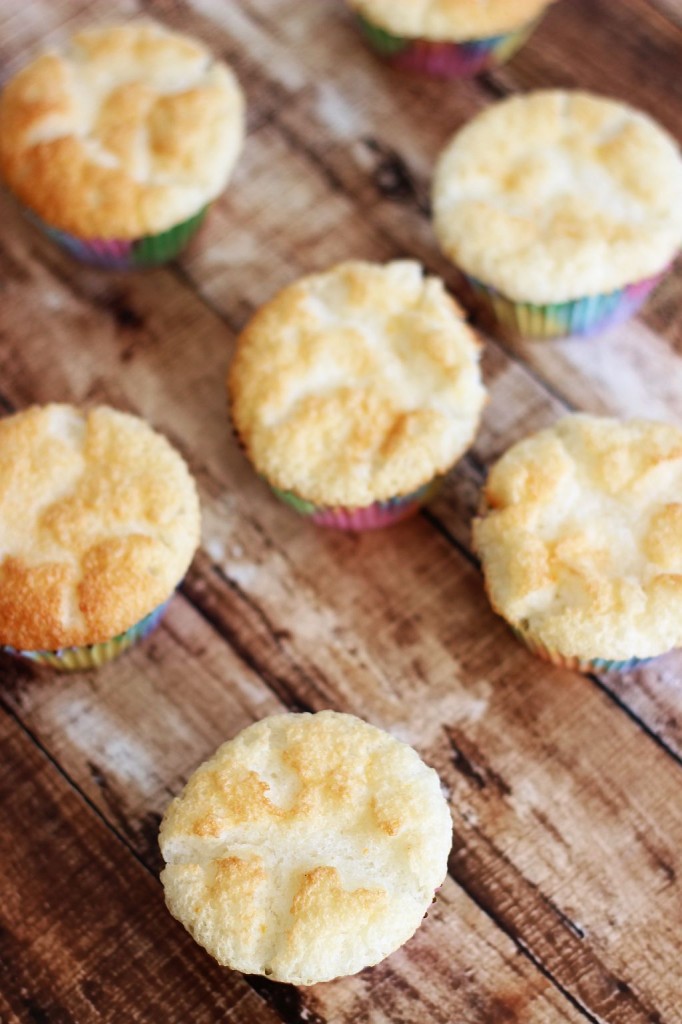 We have 15lbs. of grapefruit in our fridge right now, so I was desperate to make something with citrus. And I love angel food cake. My Grandma used to make angel food cake a lot – she’d either top it with strawberries and whipped cream, or buttercream, believe it or not. Her buttercream isn’t exactly fluffy either. It’s delicious, but it’s kind of thick and heavy. It amazes me that the angel food cake managed not to collapse. 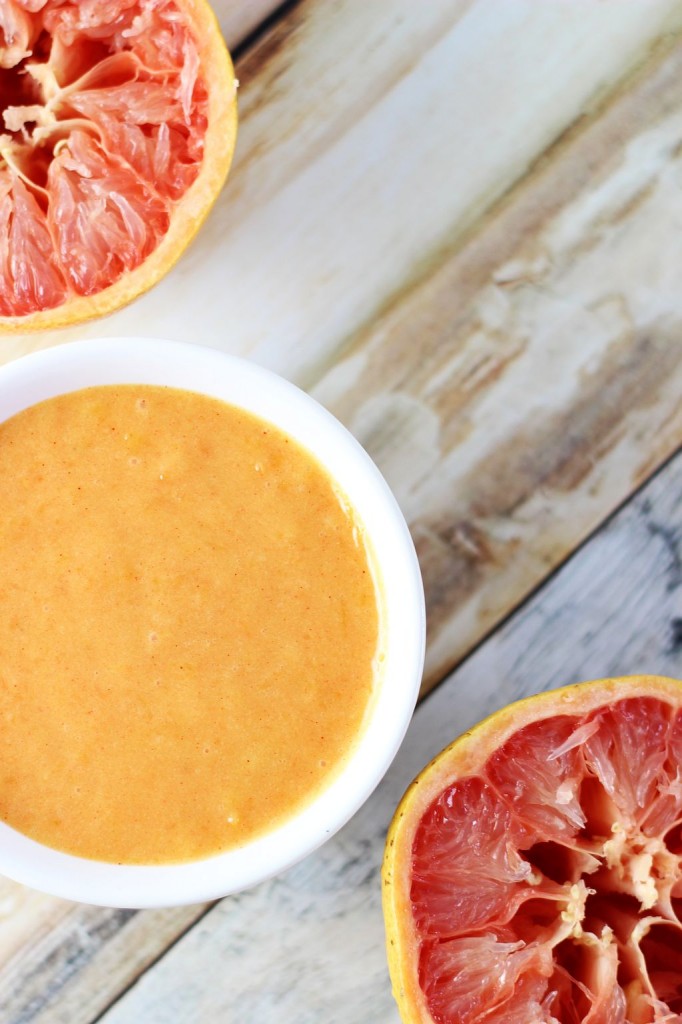 Again, I was on a mission to keep things light though. And seasonal, if possible. I scrapped both of my family’s traditional angel food cake toppings, and used a recipe for Lemon Angel Food Cupcakes as inspiration. 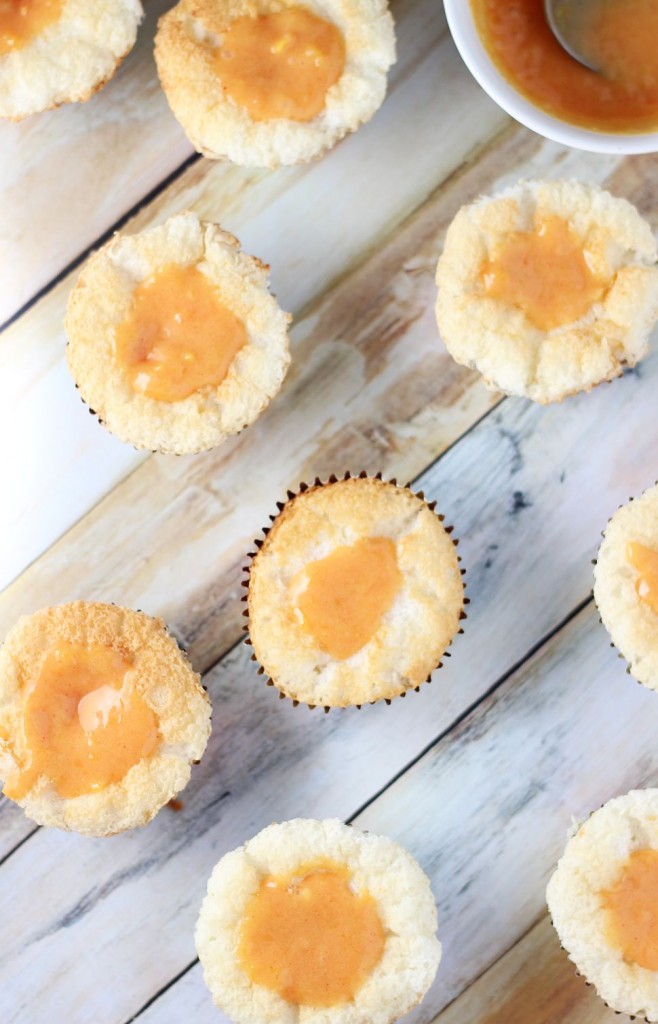 These Grapefruit Angel Food Cupcakes have a sweet, but tangy citrus flavor from grapefruit zest and grapefruit juice right in the batter. They’re still super fluffy and have that bouncy and springy texture that make angel food cake so wonderful! They’re filled with a creamy, rich, and tangy grapefruit curd, and topped with a very simple and light coconut frosting. Light, light, light. That’s the name of the game. Except for the grapefruit curd. That’s not so light (in calories), however, it tastes very light and bright with all the citrus and tang. 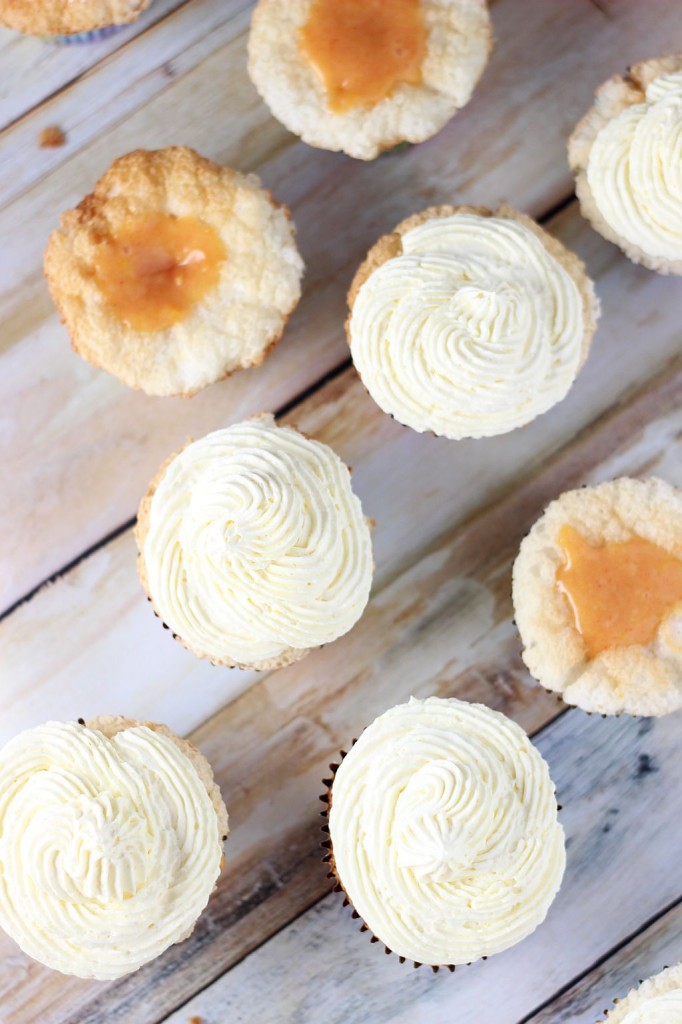 These are a new favorite dessert. I made them again with lemons, more true to the Food Network recipe, and they were also fabulous. I added extra citrus juice and zest because I looooove strong, tangy flavors, but you can scale back a little bit if that’s not your jam. There’s no shortage of good citrus flavor here! 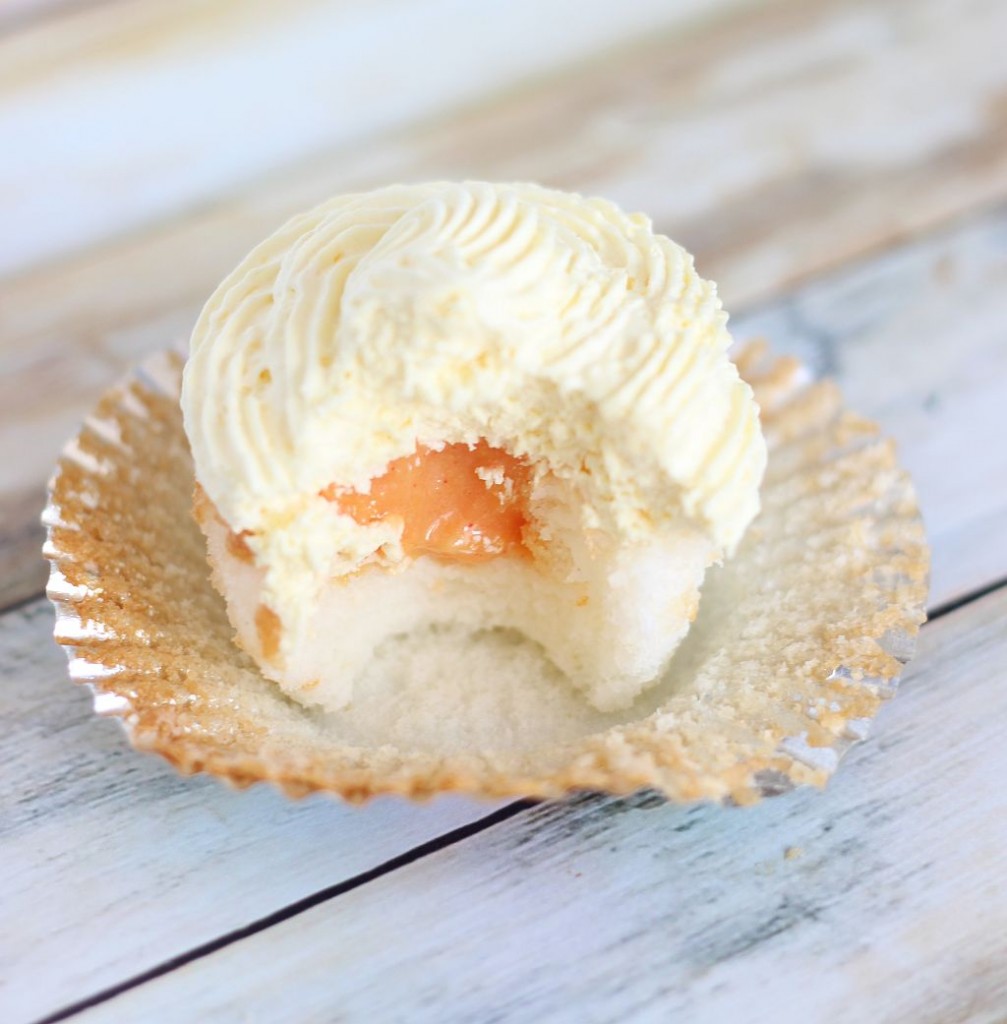 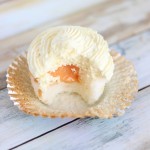 For the grapefruit curd:

To fill and frost cupcakes: 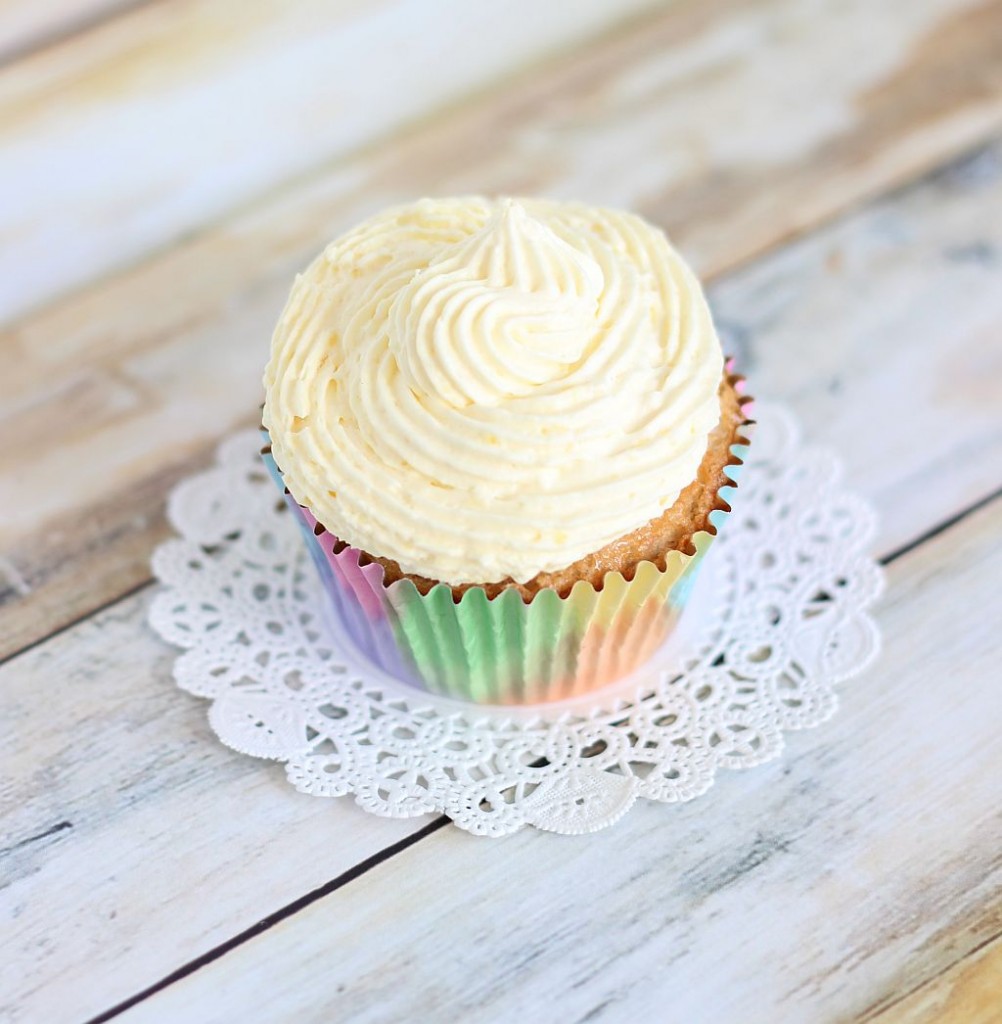 Adapted from the Food Network.