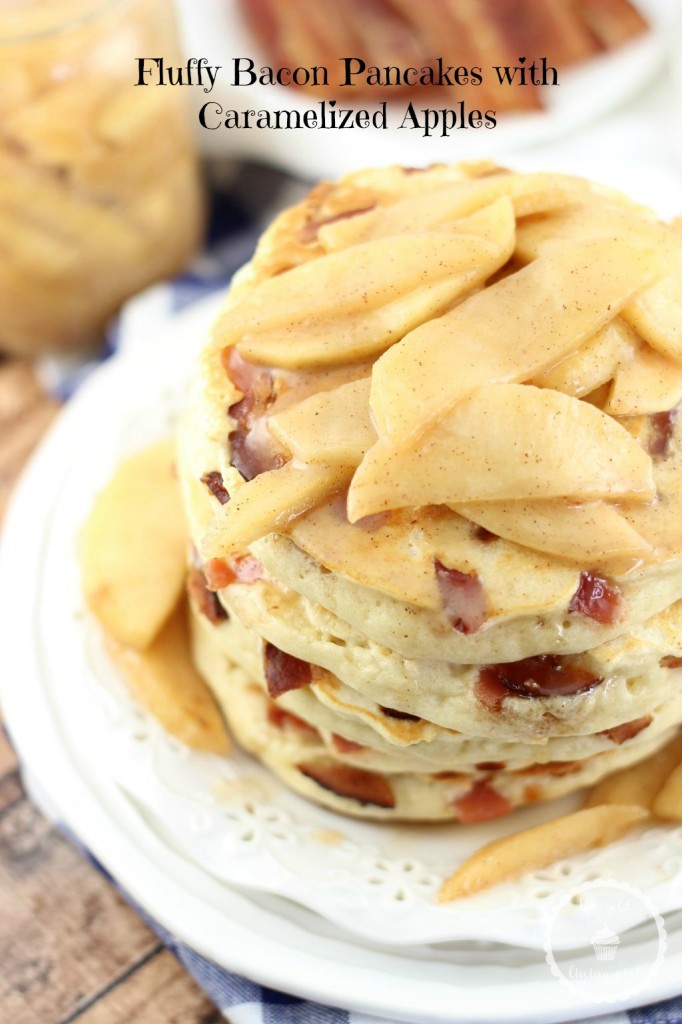 Last fall, I attempted to make a honey apple cornbread. It was disgusting. I won’t go into detail because I’m trying to whet your appetite here, but just trust me when I tell you it was really, really bad.

A few months later, I saw a recipe for a caramelized apple cake. I hadn’t considered caramelizing the apples prior to baking, but that might be the solution I was looking for to fix my cornbread. Honestly, I haven’t gotten so far as to retry the cornbread yet. I’m waiting for fall to roll around. 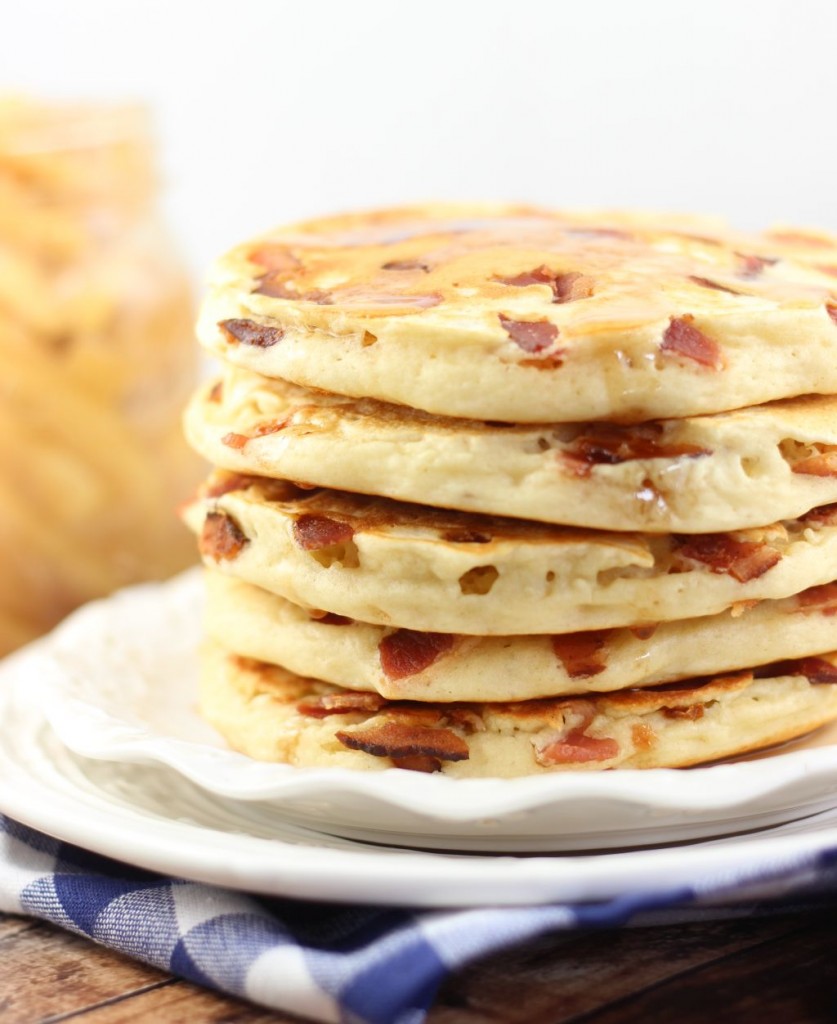 In the meantime though, I’ve been caramelizing the heck out of lots of fruit lately, especially apples, and I’m firmly a believer in the concept of sautéing fruit in lots of butter and brown sugar. I guess I already knew I was a fan of this when it comes to fruits like peaches, pineapple, and even cranberries, but apples weren’t really on my radar.

I had the idea recently that I wanted to make bacon pancakes, and because I was already on a caramelized apple kick, it seemed pretty natural to put the two together. 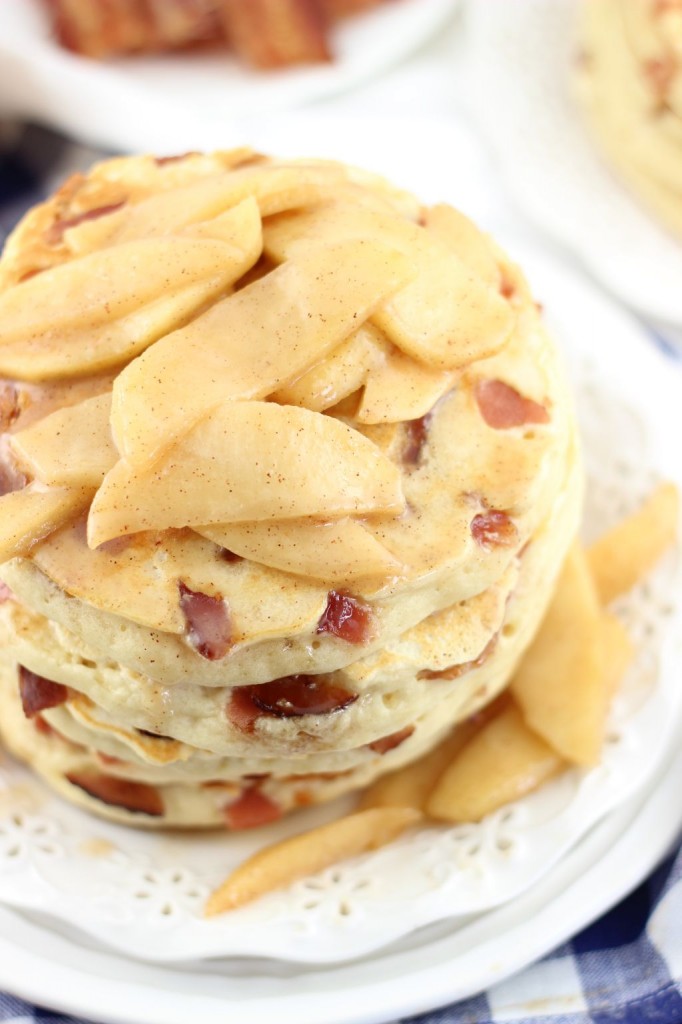 I used the America’s Test Kitchen recipe for buttermilk pancakes because, well, that recipe is obviously very tried-and-true, and it does seem to produce the fluffiest and most tender pancakes I’ve experienced. When I dropped the batter into the griddle, just scatter a crumbled piece of bacon all over the top of each pancake. An entire slice of bacon per pancake, minimum. Don’t be stingy. Add more if you like, but you definitely need a whole slice per pancake. YOLO. 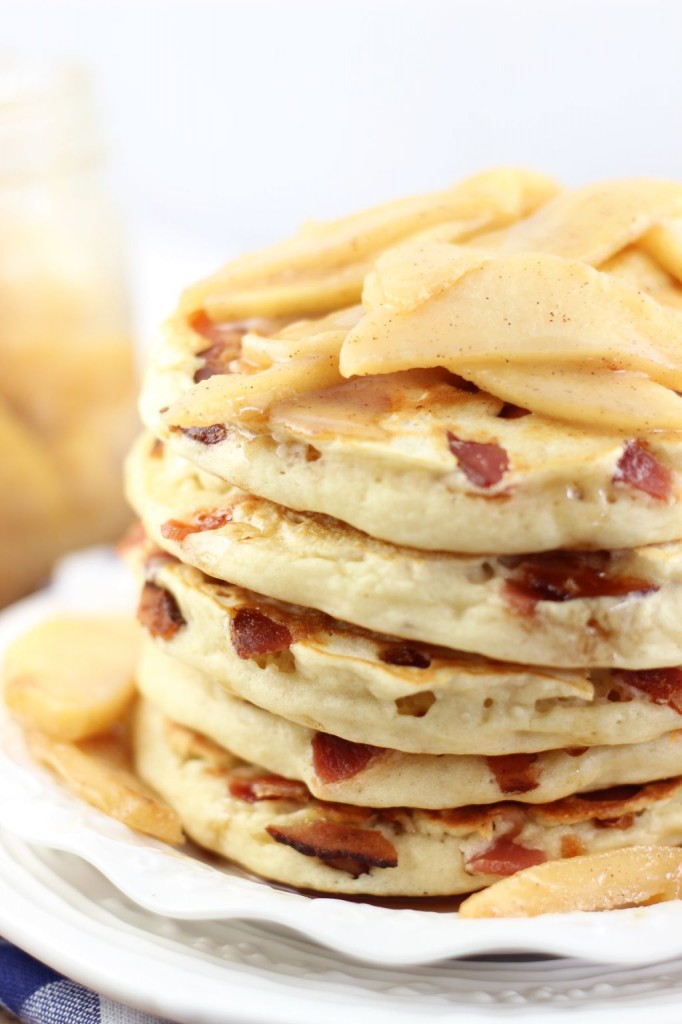 Once the pancakes are bubbly on top and all golden on the bottom, give ‘em a quick flip, plate them, and then spoon a big scoop of gooey, sugary, and cinnamon-y caramelized apples on top.

Of course, don’t forget the maple syrup. It brings it all together. 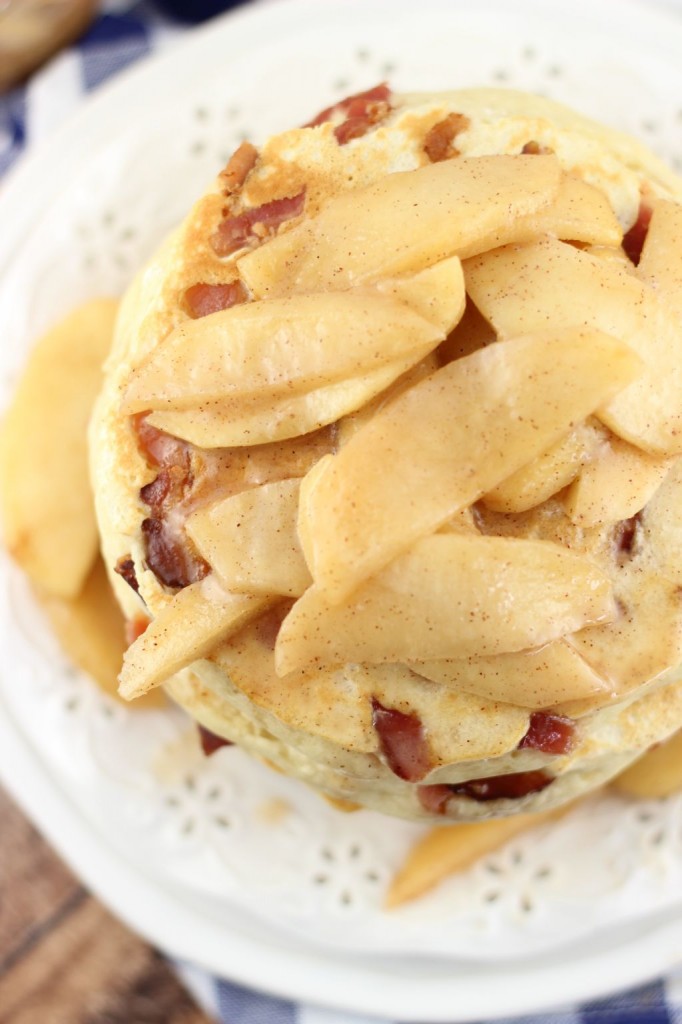 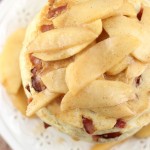 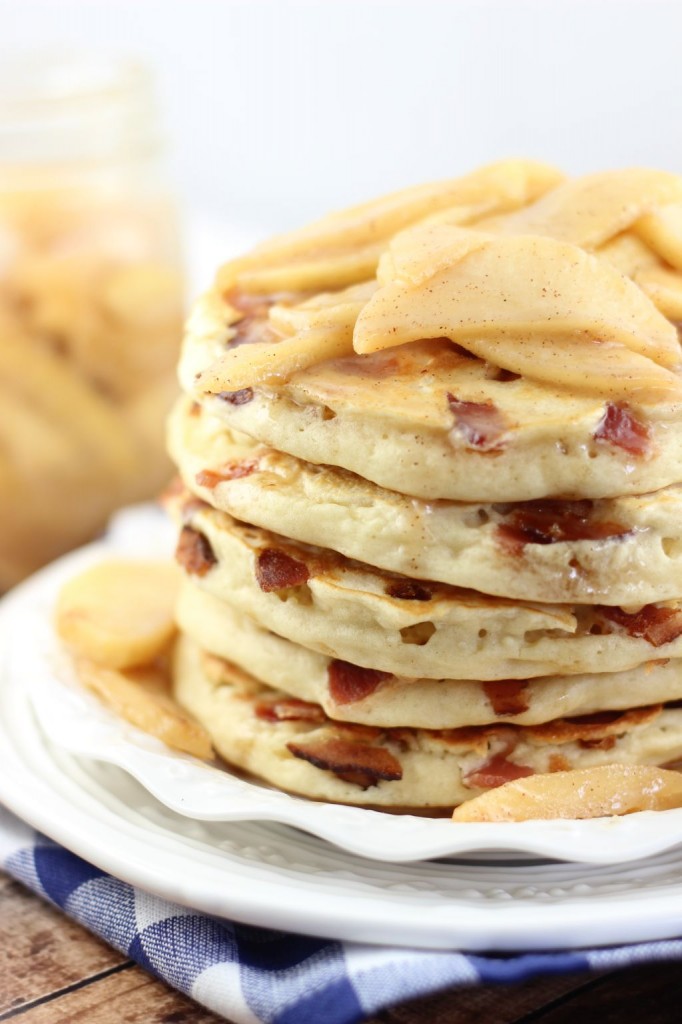 I think this is probably a recipe that’s also perfect for making in the fall. I know it’s May, but I can start looking forward to my favorite season now, right? As we head into summer in FL, a time of year we must endure and not look forward to – like winter for my northern friends, I am already dreaming of September…