A silky and luscious coconut cream pie with a shortbread crust, a layer of caramelized pineapple, and topped with coconut whipped cream and toasted coconut! 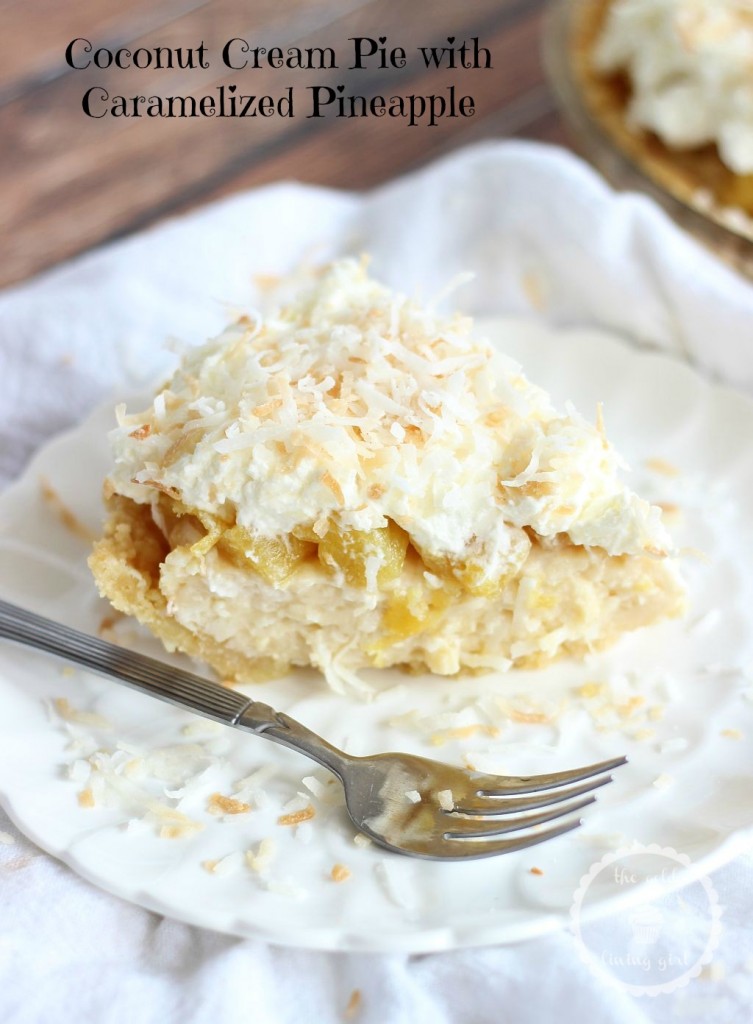 I made this pie in February!!! Ooops. Maybe even January. But in other news, that means I’m almost caught up on things! #not.

Since I’m already on a pie kick, I thought maybe I could finally knock this one out too… seeing as though it’s been in the queue for about 5 months now. I was feeling spring and summer vibes all the way back then, and I haven’t really stopped. I still want all the tropical things. For now. 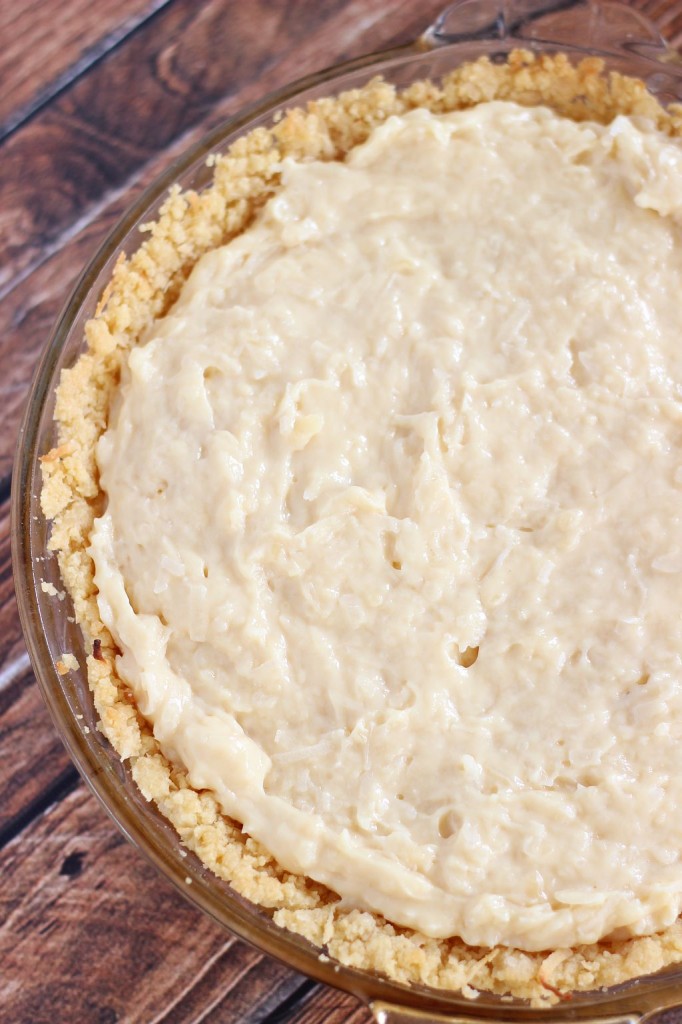 In about two weeks though, I’ll want all the fall things. It will be blazin’ hot here in Florida through at least October, but I start to get excited for all things fall sometime in July. It’s probably unreasonably early at that point, but my mind is always looking ahead. Cue everything pumpkin. I will try to wait until at least August to actually post. We shall see. 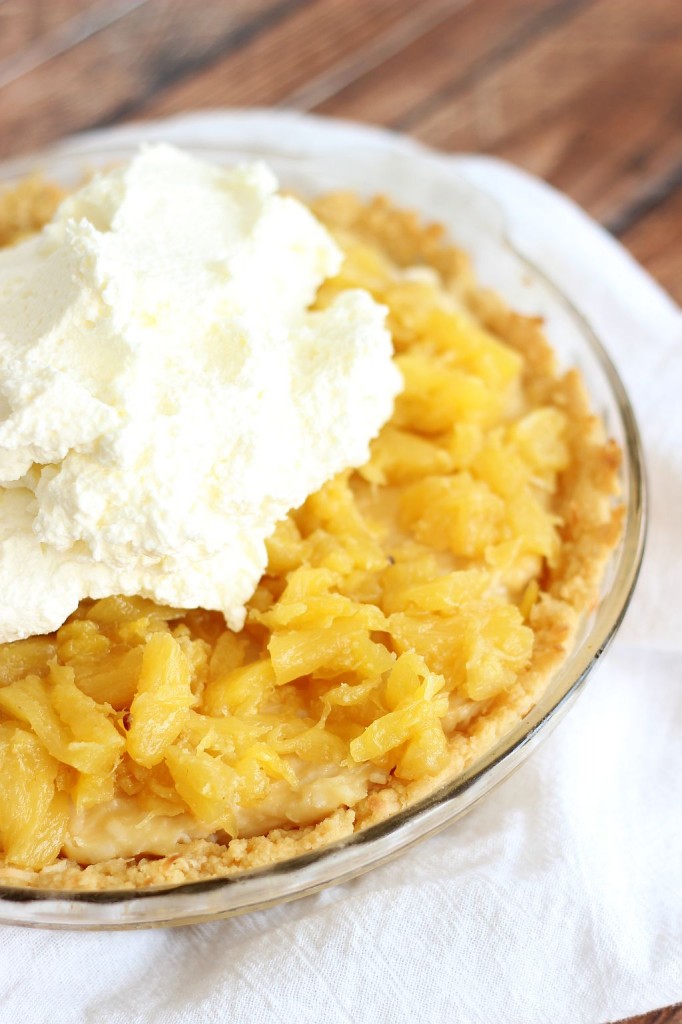 I think it has something to do with the 4th of July being over. Even though summer has really just begun, something about the 4th of July passing signals to me that fall is on the way. I’m not hatin’ it. While we were in Buffalo this past weekend visiting family, it actually felt like fall. Maybe that’s how summers up north feel to me now that I’ve lived in Florida for 7 years, but it definitely got me excited for the next season.

Meanwhile, Bath & Body Works is still pumping out all sorts of summery candles with essences like watermelon, lemonade, and maragarita. Nope, I’m over it. 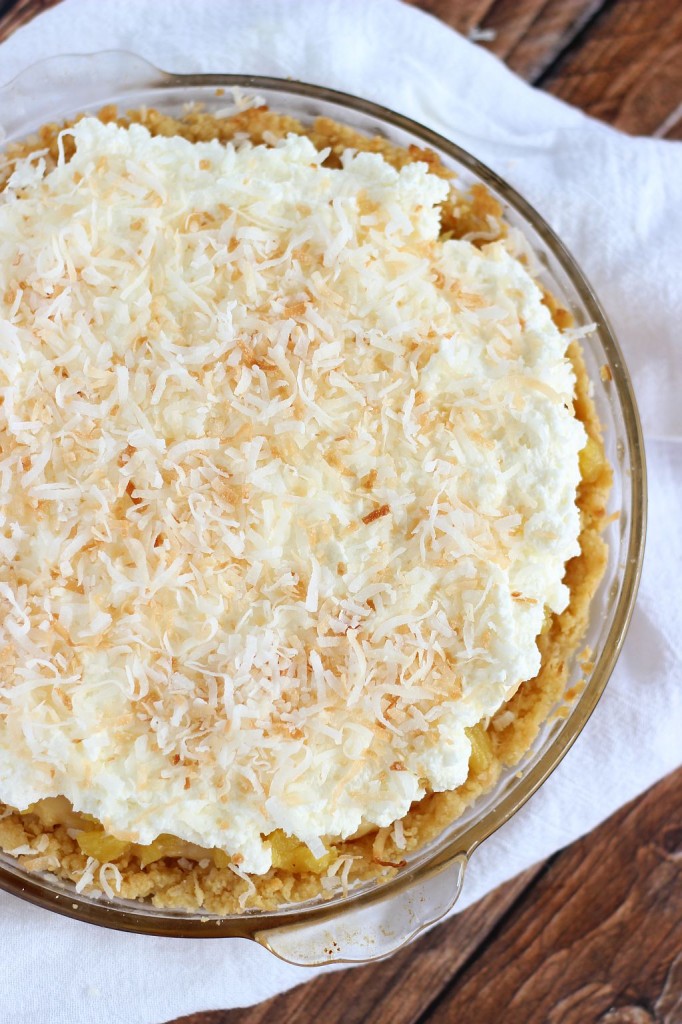 Since it’s still summer now, let us enjoy the desserts that channel a summery vibe! A pie (again) with coconut, pineapple, and more coconut definitely fits the bill!

The crust for this pie – you will die. It starts with my favorite crust of all – the shortbread one that I use in most of my cheesecakes. Tons of crushed up buttery shortbread cookies, mixed with a little bit of sugar, and in this case, a whole lot of coconut. Altogether, the flavors are incredible. Baked for a few minutes until golden, the coconut and cookies get all toasted and crispy. 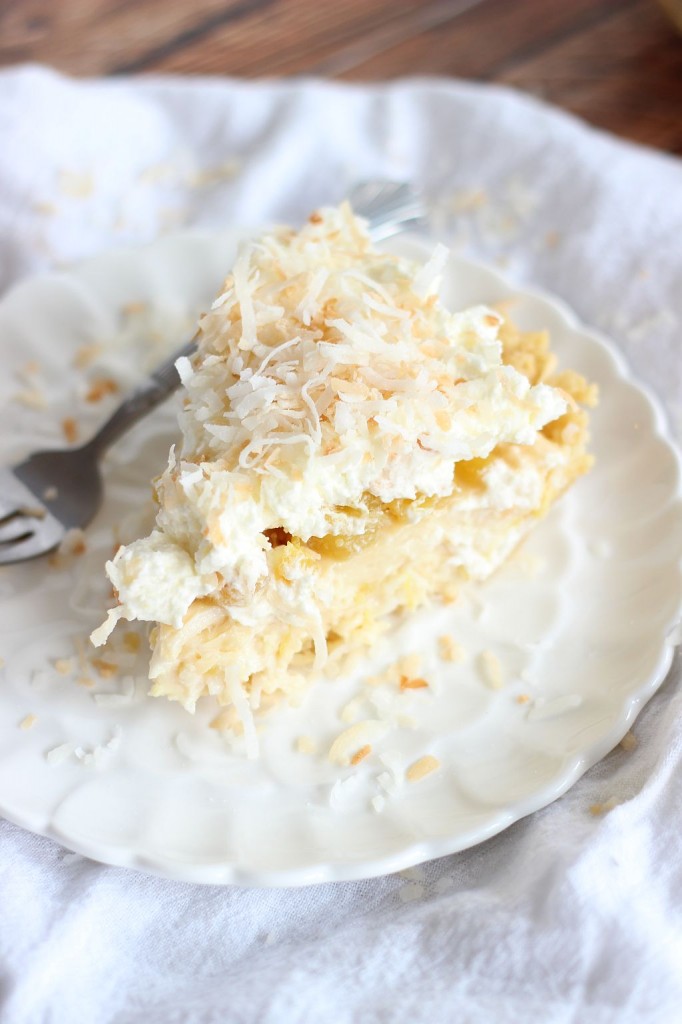 The coconut cream filling is so rich and luscious. It’s super creamy and amazing. I ‘borrowed’ the filling from this awesome Food Network recipe, and it’s a winner. The only change I made was to add extra coconut. I just can’t help myself sometimes from taking things a step further. That is also how the caramelized pineapple came to be.

To me, pineapple and coconut go together like peanut butter and jelly. They’re a super special power team. A perfectly tropical duo. I just thought: hey, there’s a lot of traditional coconut cream pie recipes out there. Along with a shortbread-coconut crust, what else could make this different and unique? A layer of caramelized pineapple. Duh. 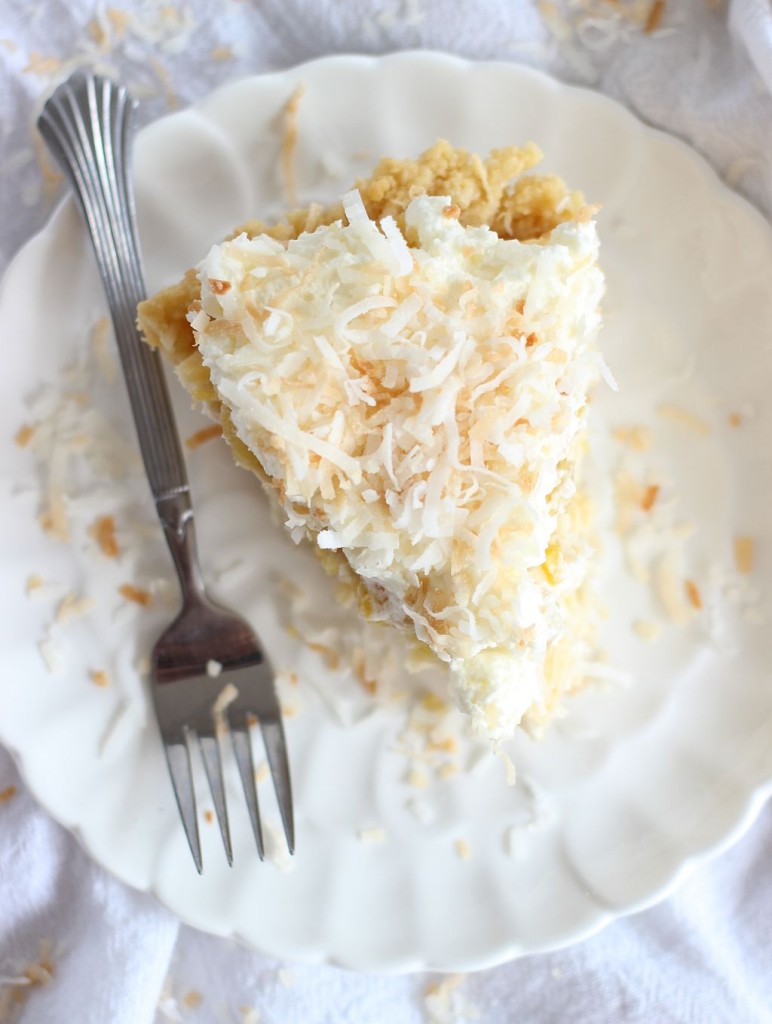 As you are savoring summer, this delicious pie will hit the spot. 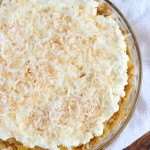 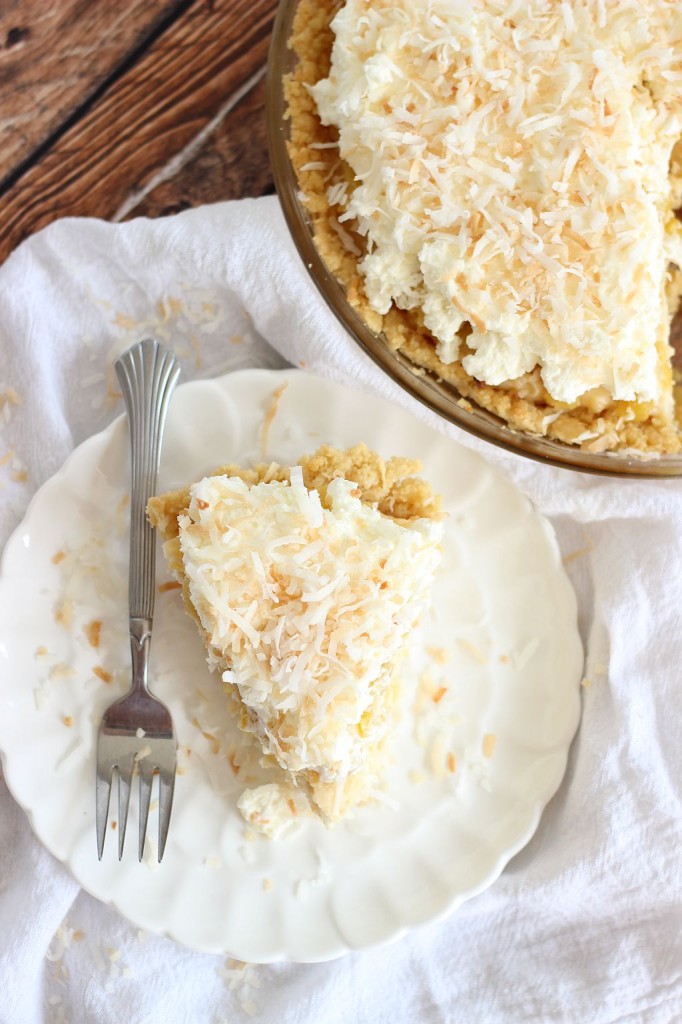