I love a traditional snickerdoodle cookie, and I remember my Gma making them a lot when I was growing up. A crunchy vanilla sugar cookie, dusted in cinnamon and sugar. One of the best cookies for dunking in milk. All cookies fit that bill, but snickerdoodles benefited the most because of their crunchiness and sturdiness. 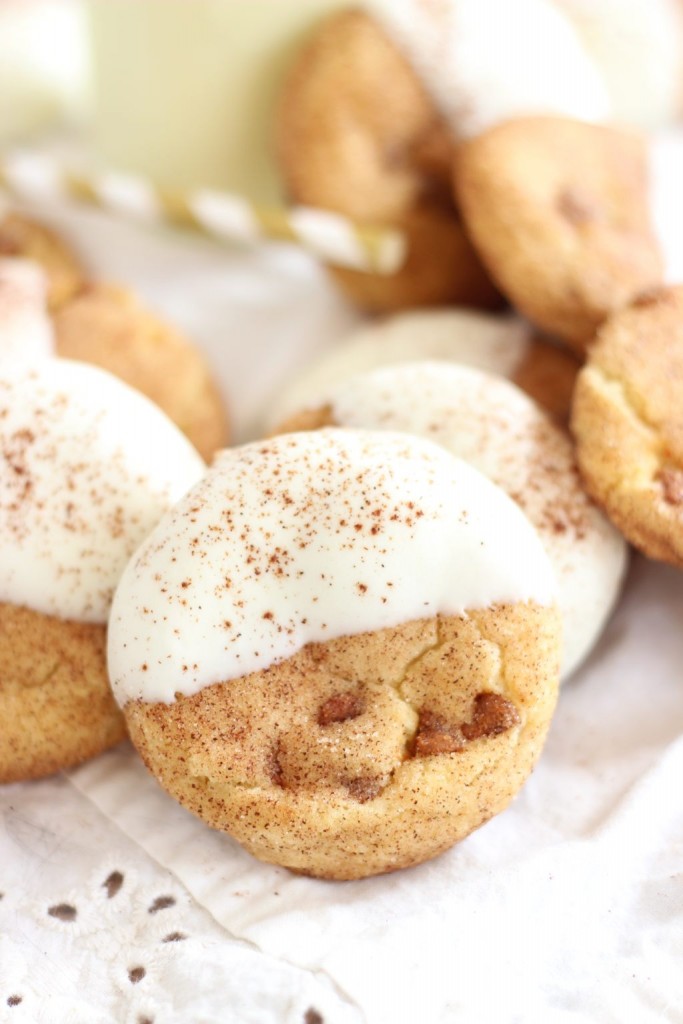 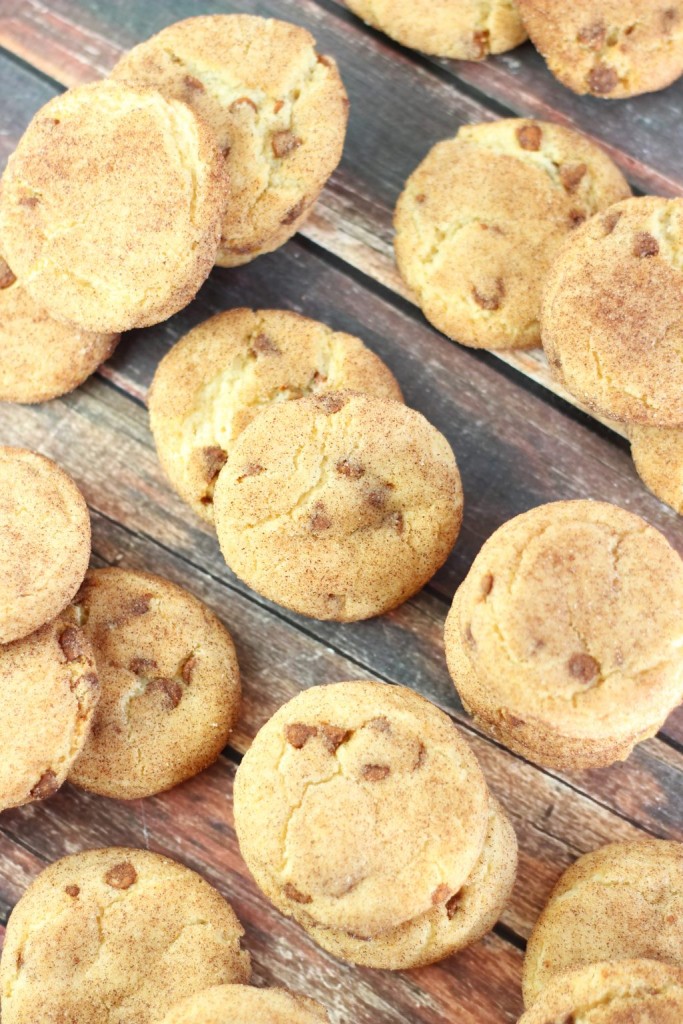 They are more special than your traditional snickerdoodle in a few different ways though.

First of all, to add more flavor to a regular snickerdoodle, some of the shortening is substituted here with butter. Even better, browned butter. Omg, yes. I’ll spare you another round where I ramble on about my love for brown butter. There is nothing better than that stuff, and I brown my butter in recipes at almost every opportunity! 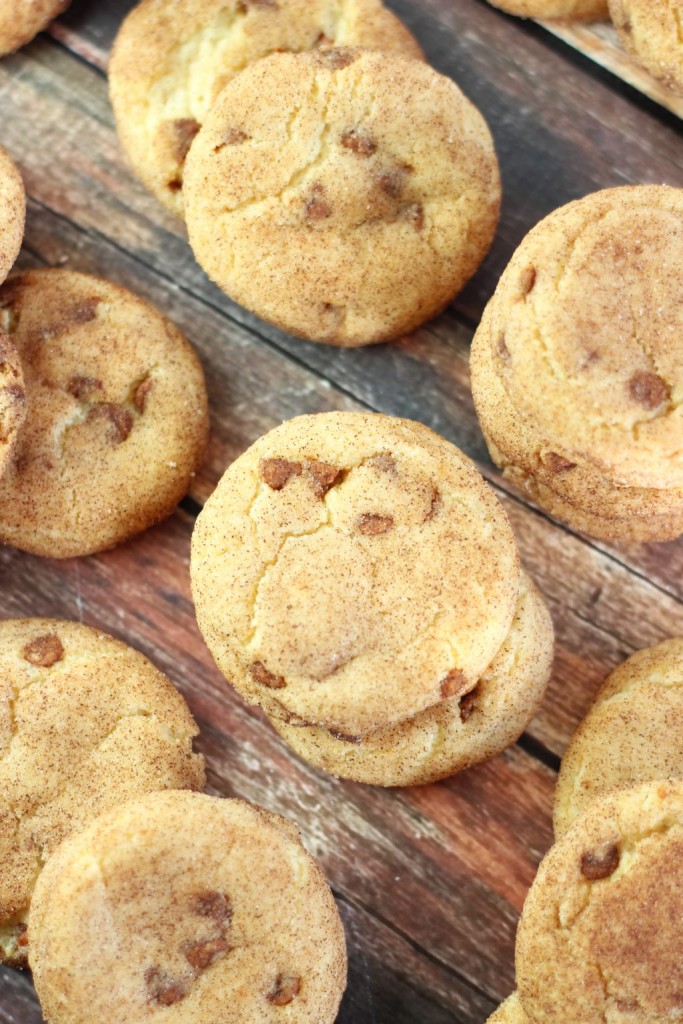 The brown butter adds caramel-like richness and nuttiness to the dough. 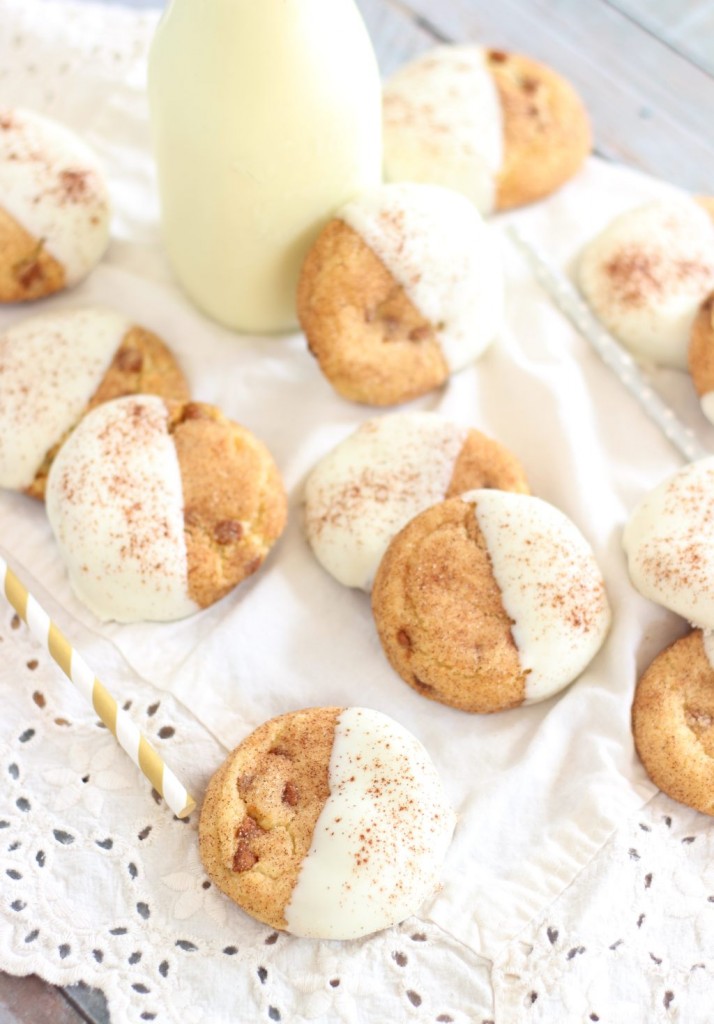 I also added cinnamon chips. I was a skeptic about those little nuggets a few years ago, but they’ve become one of my favorite baking chips. A cookie whose flavor is built upon cinnamon and sweetness begs for cinnamon chips to be thrown into the dough. Cinnamon chips are little, and it’s great because they melt, spread, and seep right into the cookie. They sort of disappear into the cookie, so you get bits of cinnamon goodness everywhere. 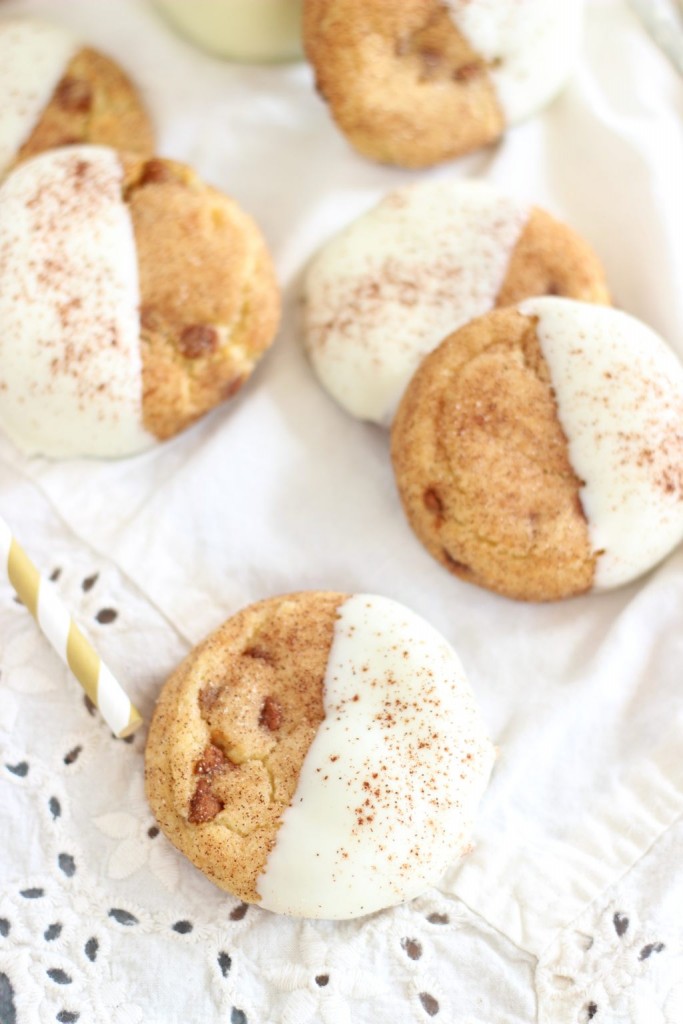 Lastly, these get a white chocolate bath. A favorite way to elevate any cookie – dunk it in chocolate. Whatever kind of chocolate, who even cares – it’s chocolate. Just dunk it. It will only make it better. 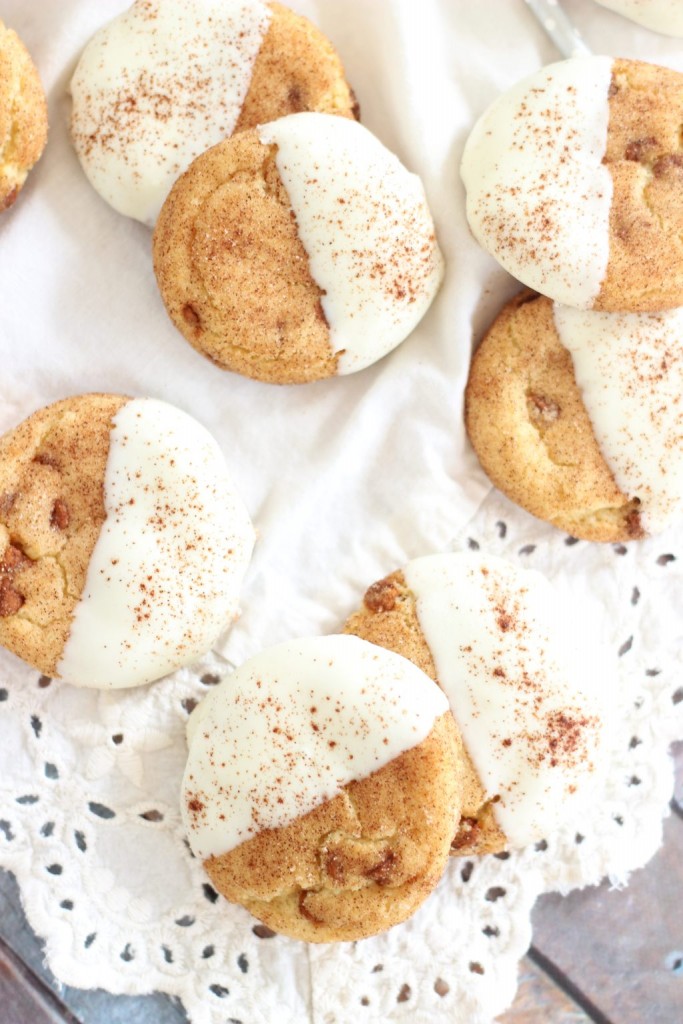 These are next-level snickerdoodles. That’s my new favorite way to describe recipes because I’ve run out of other options: next-level. But it’s true. 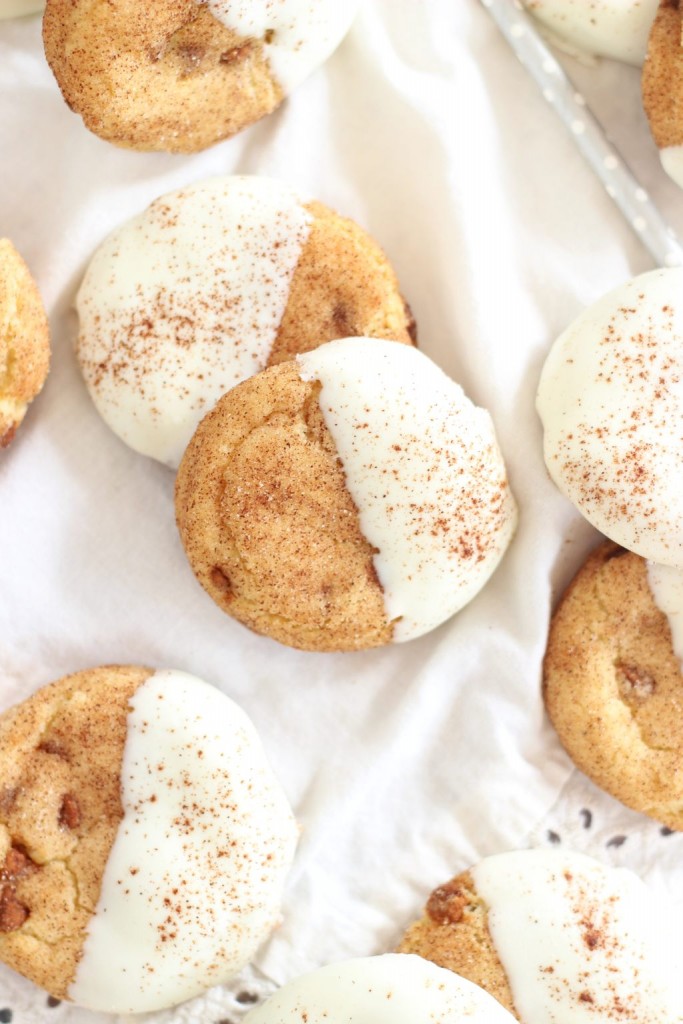 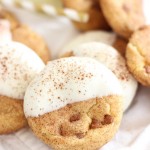