Prepped in minutes, this Slow-Cooker Thai Peanut Chicken is as good as takeout! Serve it with rice or broccoli for an easy weeknight meal!

Check out this collection of some of the best crock-pot chicken recipes! 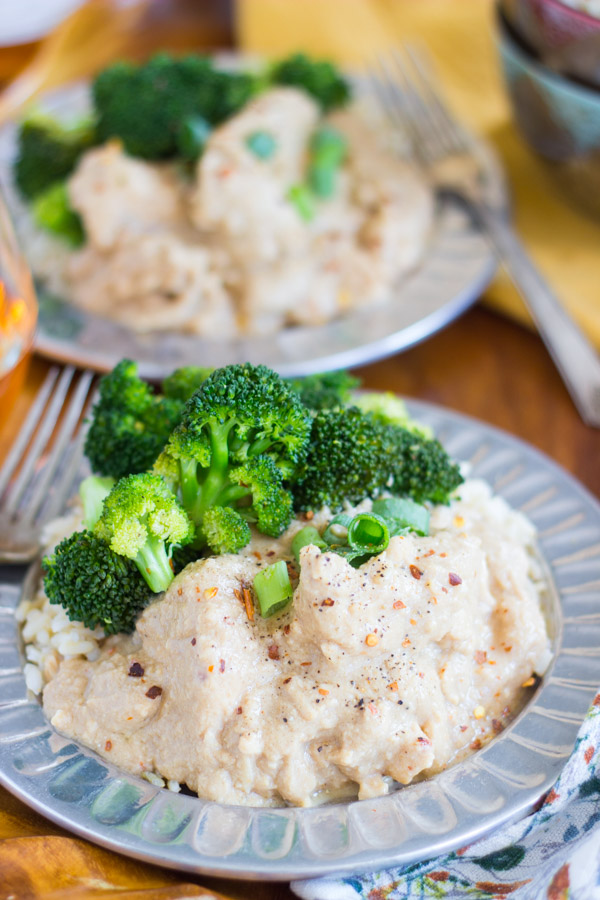 It took me a long time to discover this though. I was out at a restaurant with friends a few years ago, and somebody ordered Chicken Satay with Spicy Peanut Sauce as an appetizer. That was my first experience with peanut sauce on chicken, and I was sold immediately. I was skeptical to try it, but once I did, it won me over fast. 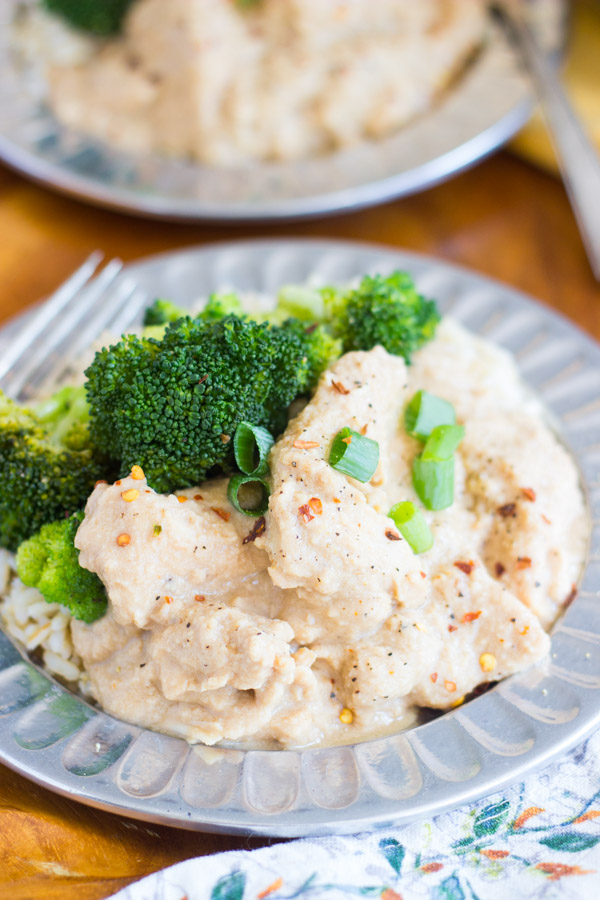 If I’m out at a restaurant, and the menu offers chicken skewers with peanut sauce as an appetizer, I usually order them. I tell myself that it’s also a smart nutritional choice because it’s healthy fats + protein. Ha!

But I also like to make peanut sauce at home, as long as it’s in the slow-cooker. It is my favorite kitchen appliance, by far! Except for my coffee maker, actually. I love that I can just throw everything in the slow-cooker, turn it on, and come back a few hours later to a completely cooked meal. This Slow-Cooker Thai Peanut Chicken is all I’ve been wanting to eat lately. 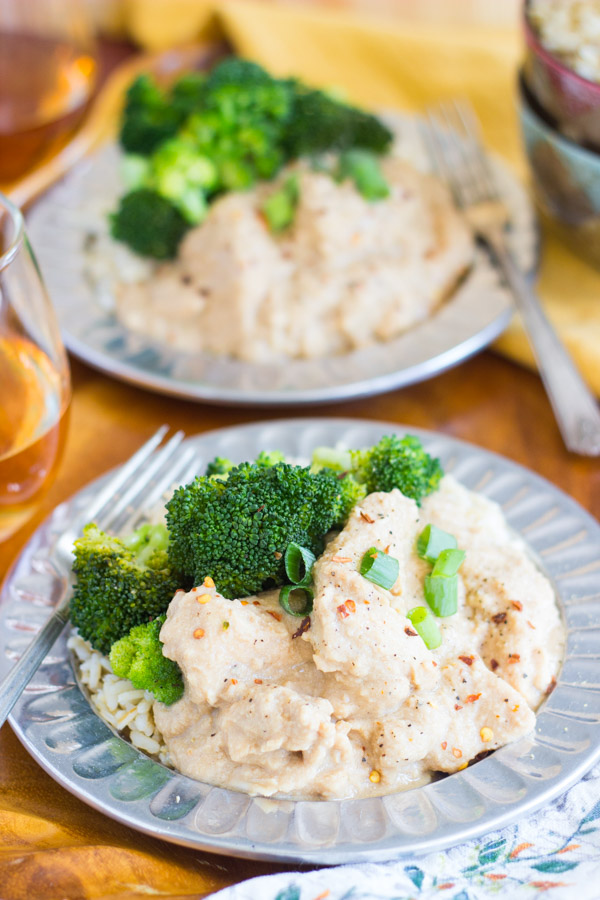 I’ve discovered that people have different preferences for their peanut sauce though. I like this recipe exactly as it’s written, but my S.O. likes his peanut sauce to be more peanut-buttery. If that’s the case, just give it a taste when it’s done, and it’s easy to adjust. Just whisk extra peanut butter into the slow cooker, to taste, toward the end of cooking. 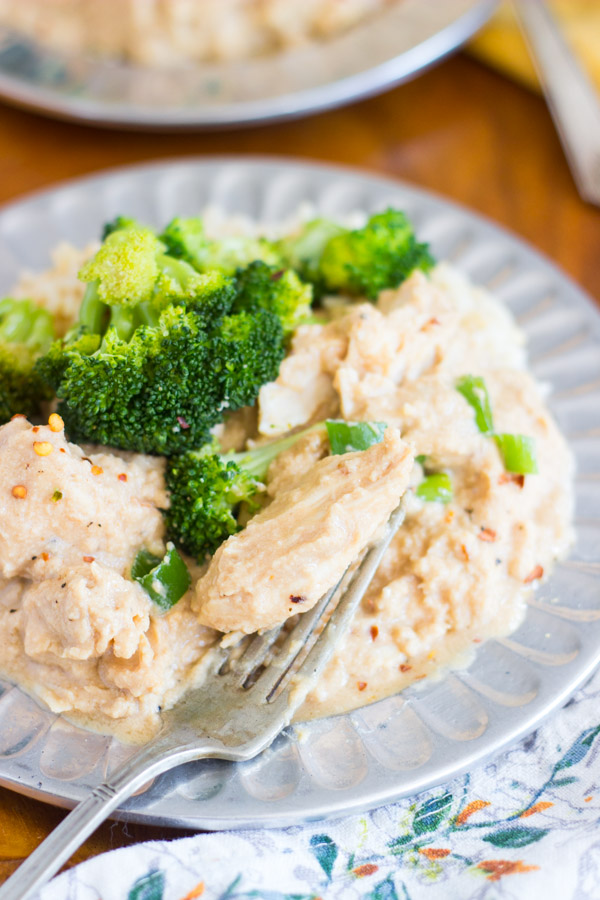 This Slow-Cooker Thai Peanut Chicken recipe couldn’t be easier, and you can never have enough slow-cooker dinner recipes on hand. Give it a try, and let me know what you think!

For desserts in the slow-cooker, check out these Crock-Pot Cinnamon Apples, and a Fireball version. Omg, those are like apple pie filling without the crust – we put them on everything! Oats, yogurt… endless possibilities.