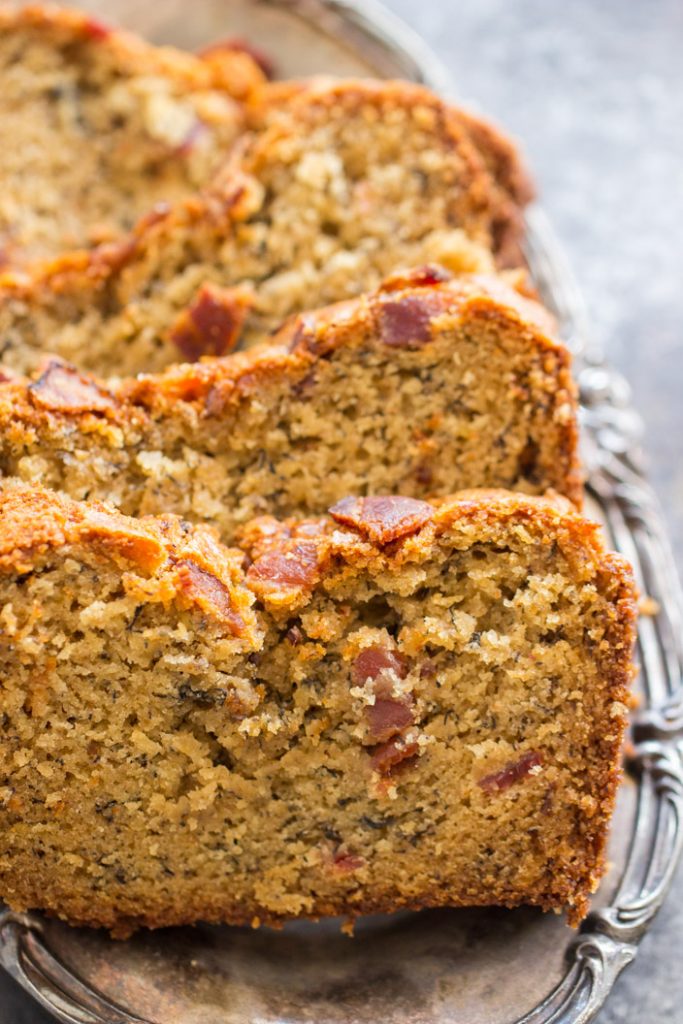 My favorite time of year for baking is definitely the fall. But after last fall and the holidays, I was sooooo burned out. Crazy because fall is already back! I don’t even feel like I’ve decompressed from last fall. 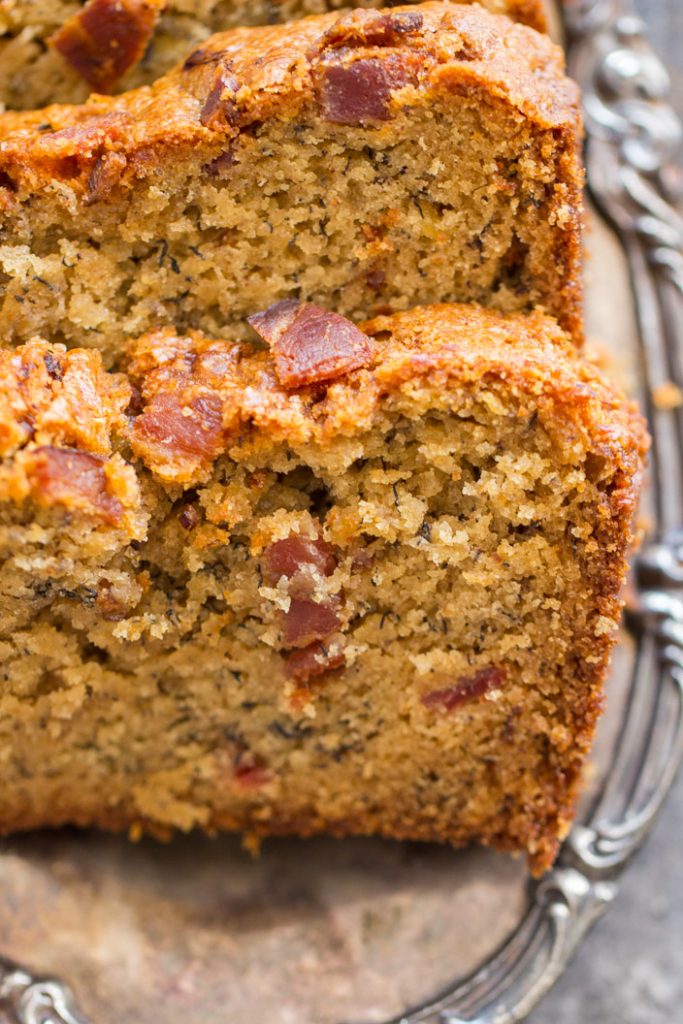 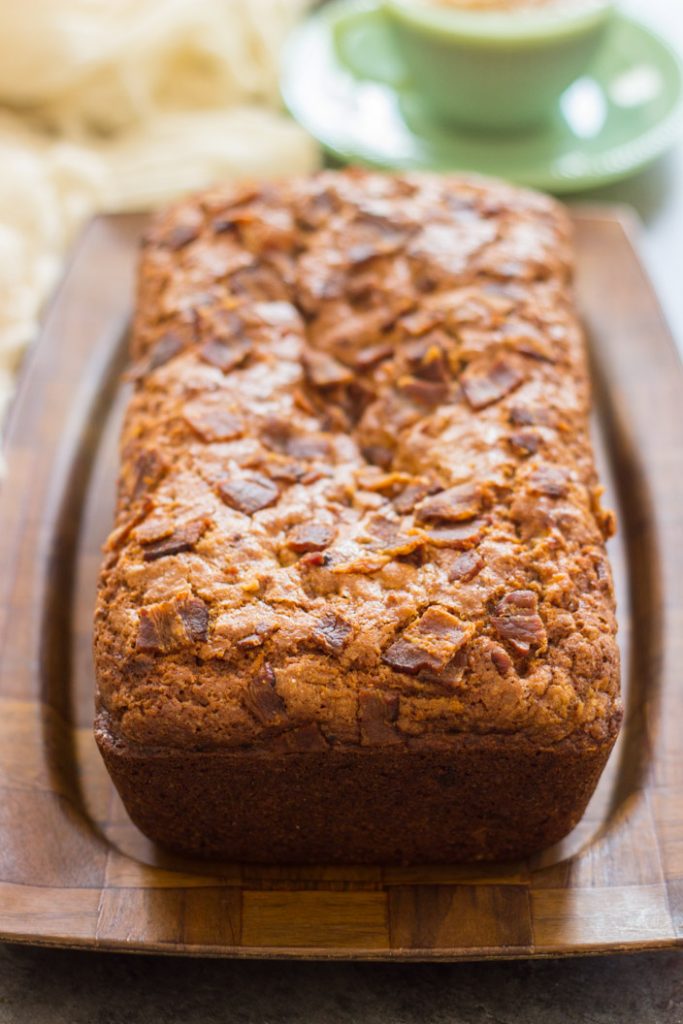 One of the recipes that helped to inspire me was my Grandma’s No Bake Peanut Butter Pie recipe, of course. That’s such a classic, tried-and-true, simple, quick-prep recipe that EVERYONE loves, and I started my return to recipe creation by making a variation on that. It’s such a well-loved recipe, and it’s so simple to jazz it up. Ideas for new recipes started turning, and I came up with this Reese’s Cup No Bake Peanut Butter Pie recipe. It was such a homerun, and I felt momentum to start churning out peanut butter treats again. 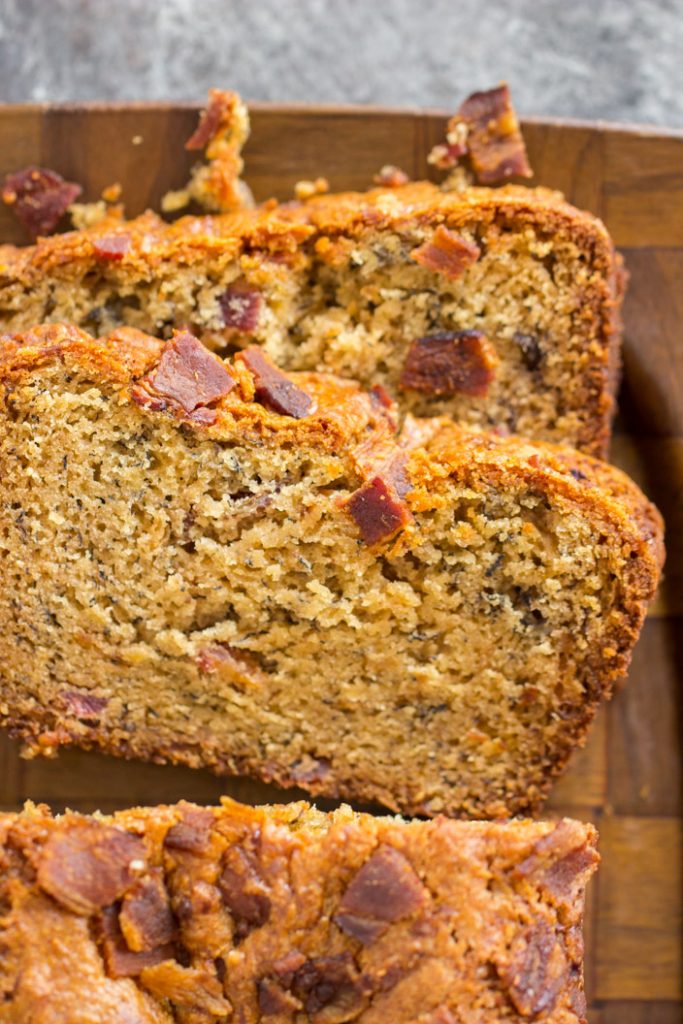 The second source of my inspiration besides that pie?? Bacon. Yes, bacon. This Bacon Peanut Butter Banana Bread is an idea that’s been brewing for months!!! Don’t you LOVE bacon and peanut butter together? I started out wanting to make a Peanut Butter Banana Bread, simple as that, but I could not stop myself from adding bacon to it. To me, it was a natural step to making this bread “next-level.” 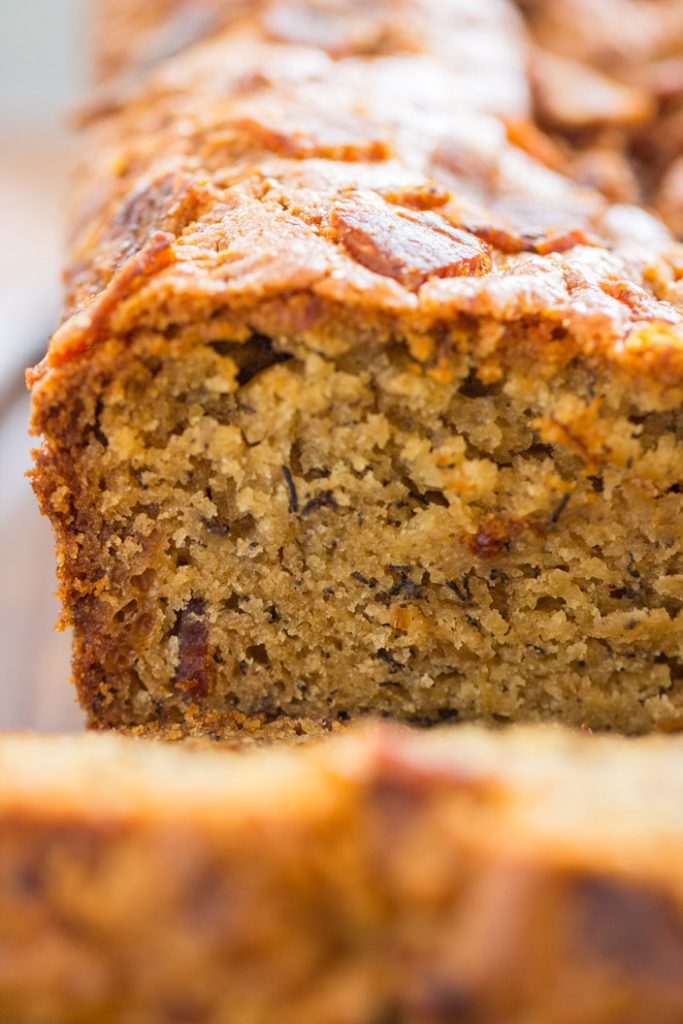 Creamy, rich, nutty peanut butter along with salty, fried bacon?? That’s a heaven-sent combo, to be sure. And in a moist, dense, hearty loaf of banana bread? Yessssss. This Bacon Peanut Butter Banana Bread is such an amazing bread. I went crazy with bacon and peanut butter recipes the last few weeks, and I’m happy to report that this Bacon Peanut Butter Banana Bread recipe is just the start. What an awesome start though. I hope you’ll try it, and if you do, I hope you love it as much as we did! 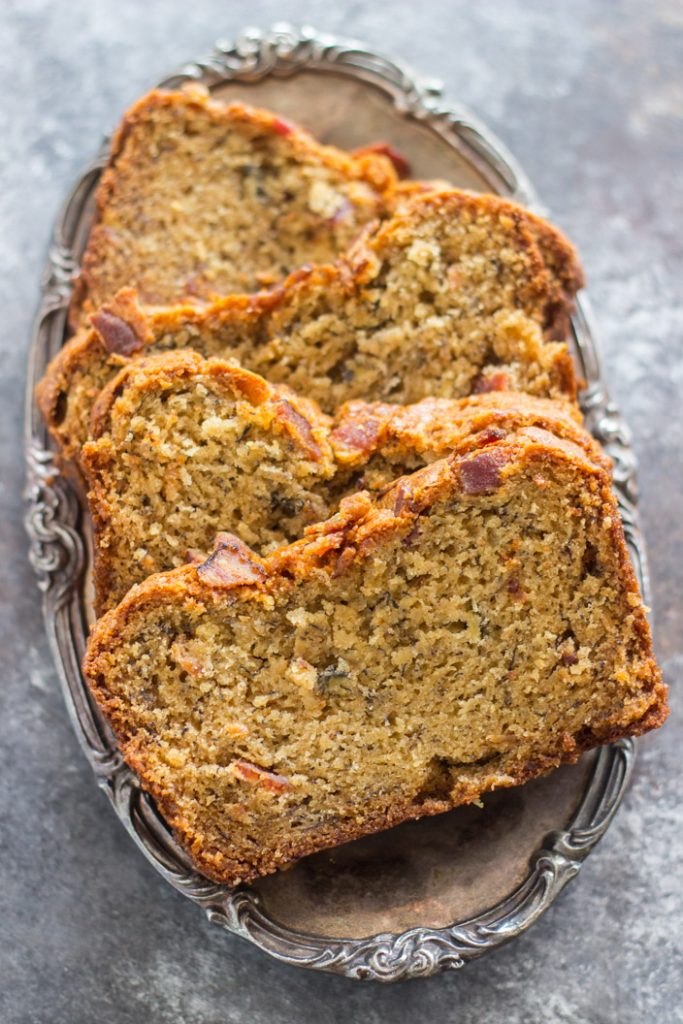