With a pound of mushrooms, a touch of garlic, and a heap of gorgonzola cheese, this Pasta with Mushroom Gorgonzola Cheese Sauce is a little bit sinful, but it’s worth every single bite! An easy weeknight meal that you can make in about 30 minutes! 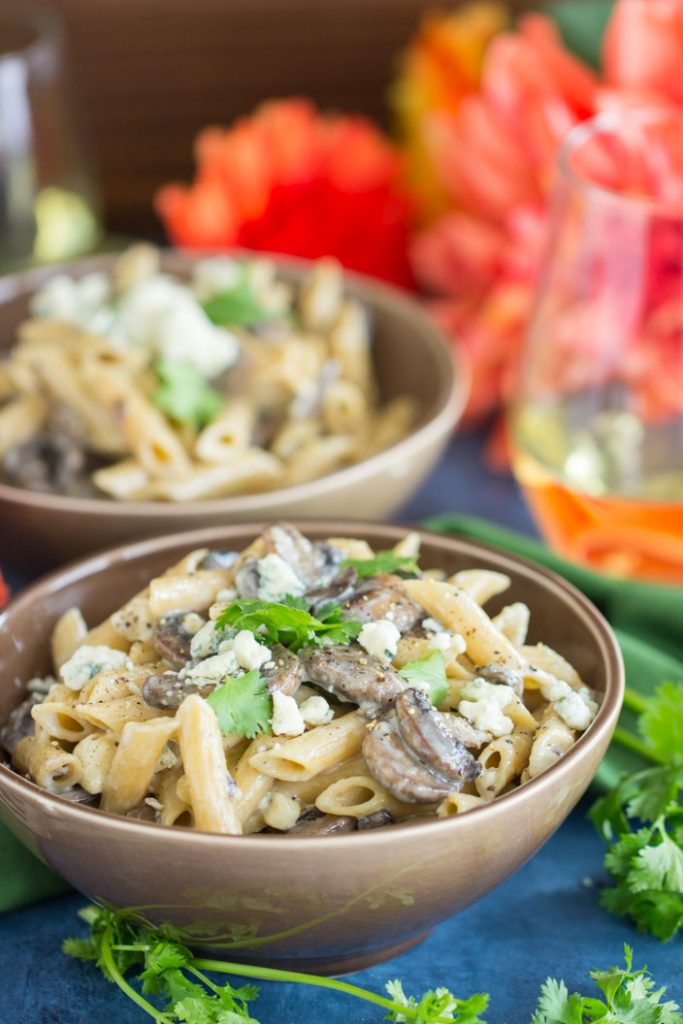 Hello, friends! I hope you’re having a great week so far. We’re wrapping up the leftovers of this Pasta with Mushroom Gorgonzola Cheese Sauce tonight for dinner. I made it over the weekend, and we’re finishing it up.

I’m sorry to see this dish go, but it was simple enough to make. The Mushroom Gorgonzola Cheese Sauce is definitely the kinda thing you’ll keep craving long after it’s disappeared. 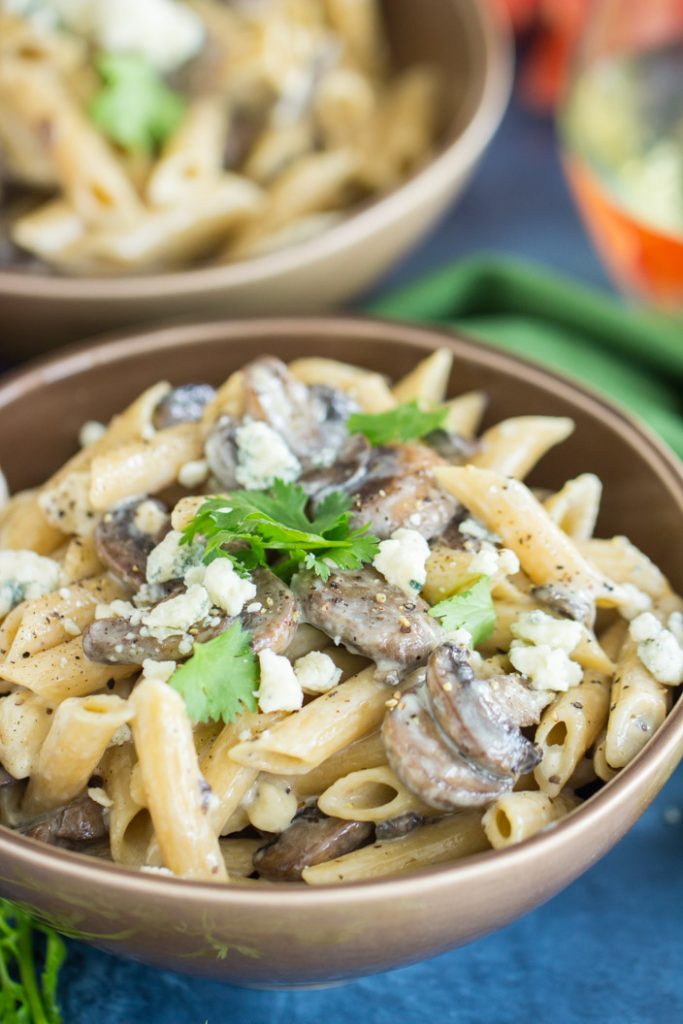 I hope you had a great weekend! We had a fun and different weekend. It was the first in a while that wasn’t football-focused. I’m ashamed to say how much we like to watch football on fall weekends, but it’s true.

We still caught a few games, but both our teams were on bye weeks, so we were far less interested than we normally are. It was perfect timing for a football break too because we celebrated a friend’s birthday Saturday night, and it was a ’70s-themed bash…  typical of us, we didn’t start planning what to wear until Friday night, and we had nothing to start from! 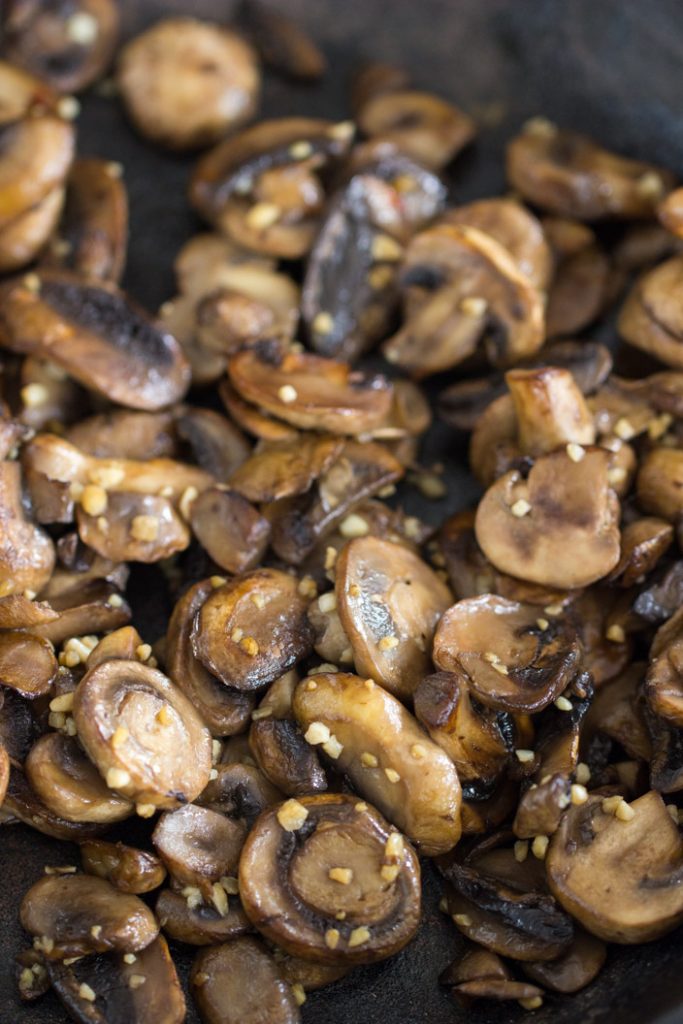 I don’t know about you, but I’ve never liked to dress up in costumes. Even as a kid, I wasn’t the biggest fan of Halloween. When my friend told me a few months ago that the party was going to be a disco theme, I thought that sounded so fun, and I was looking forward to it…. until it was here and I had to figure out what to wear.

We made a mad dash to about 5 different thrift and consignment stores around town on Friday night after work, and we scrounged for some disco stuff. I found a pair of sequined bell-bottom pants that were shockingly comfortable and  miraculously not unflattering. They were flashy enough to be the anchor of my costume, and I was able to accessorize from there!!

My S.O. found a blue satin shirt and matching vest for only a few dollars, and then he wore a pair of hideously tacky red vintage shoes. 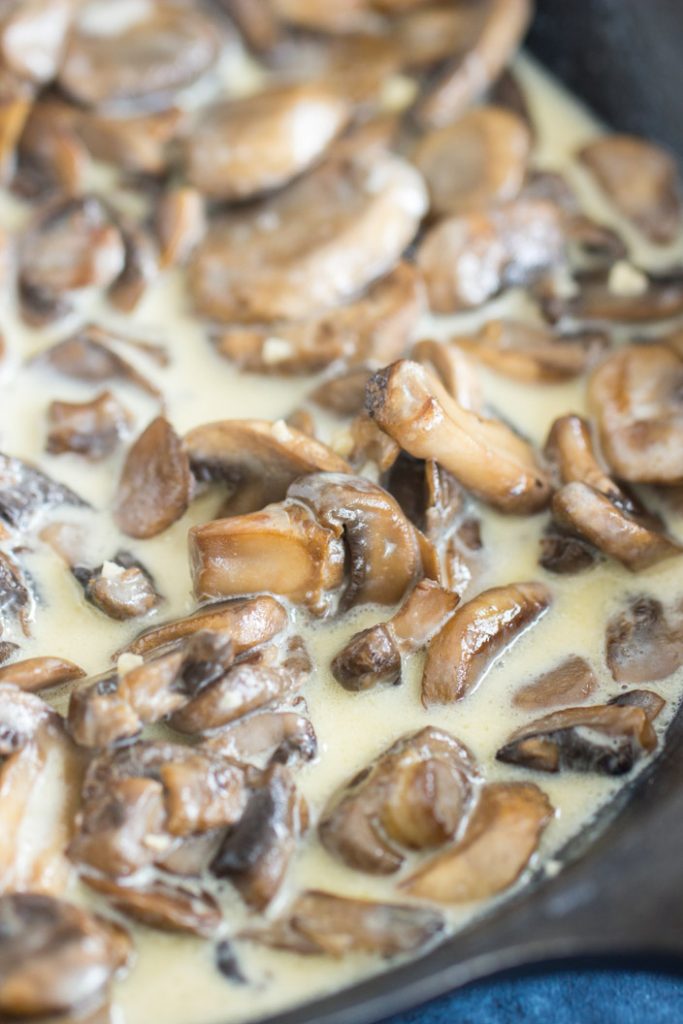 Our outfits weren’t too shabby considering how badly we’d procrastinated! And even better, if we end up with plans for Halloween, we already have our costumes figured out. That eliminates a big dilemma for us. We never know what to dress as…

We had a blast at the party, and we both agree that themed parties are pretty great. They’re a little trickier to plan for, but it’s worth it. 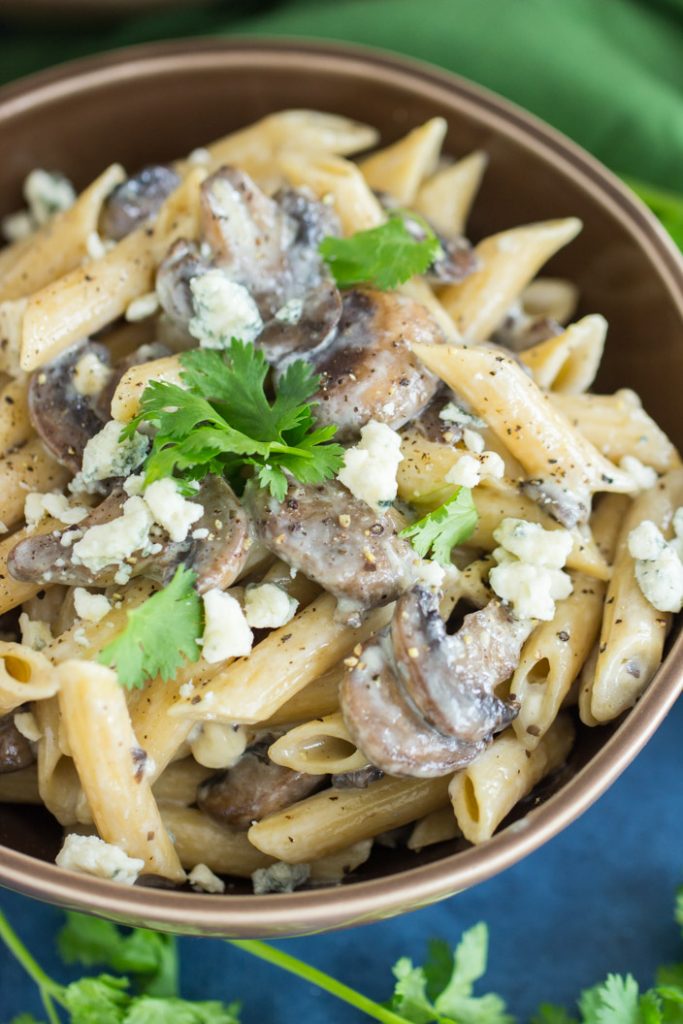 I usually do a lot of cooking and baking on Sundays, but after a late night on Saturday, I wasn’t up for it. I freaking love this Pasta with Mushroom Gorgonzola Cheese Sauce though, and I grabbed it out of my pasta recipe book since we were both craving some carbs.

We’d had a similar dish at the party the night before, and we were craving a recreation of sorts. This Pasta with Mushroom Gorgonzola Cheese Sauce is a meal you can put together in about 30 minutes, and it packs a lot of flavor in a pretty short ingredient list.

With a pound of mushrooms, a touch of garlic, heavy cream to thicken things up, and a heap of gorgonzola cheese, of course, this pasta dish is a little bit sinful, but it’s worth every single bite! 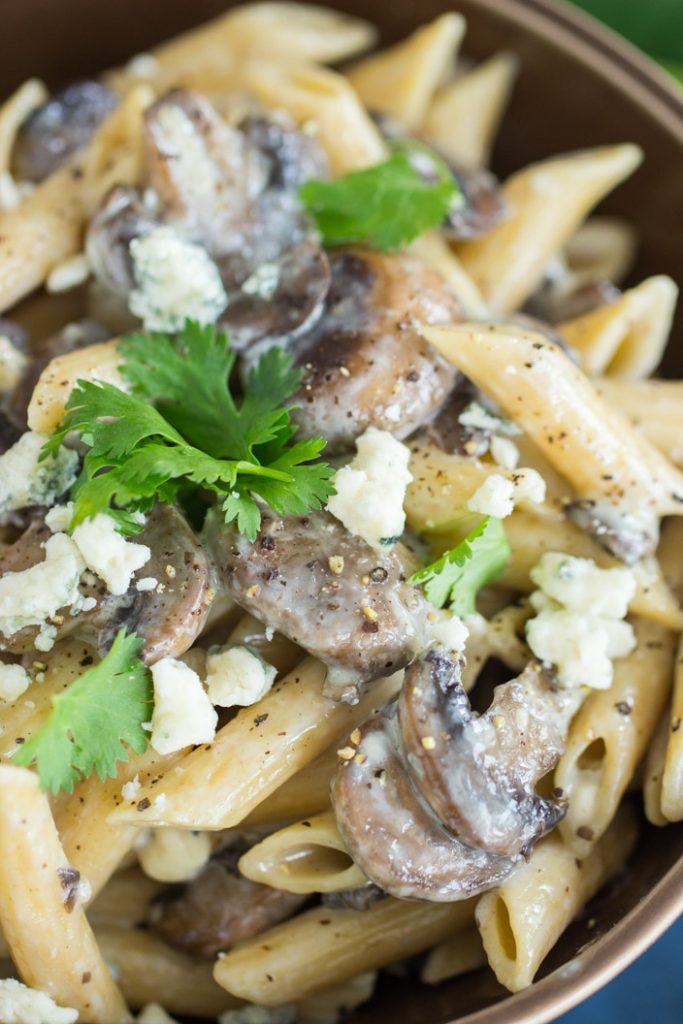 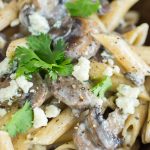 With a pound of mushrooms, a touch of garlic, and a heap of gorgonzola cheese, this Pasta with Mushroom Gorgonzola Cheese Sauce is a little bit sinful, but it's worth every single bite! An easy weeknight meal that you can make in about 30 minutes!

Looking for other easy pasta dishes? I just posted this family recipe for Pasta Aglio e Olio. It’s incredible – only a few ingredients, but big flavor! This simple Mediterranean Chicken & Pasta is a favorite, simple weeknight meal for us too. And one of the BEST casseroles you can find is this awesome Pepperoni Pizza Pasta Casserole. It’s enormous, so it feeds a crowd, and it also happens to be a HUGE crowd-pleaser. 🙂 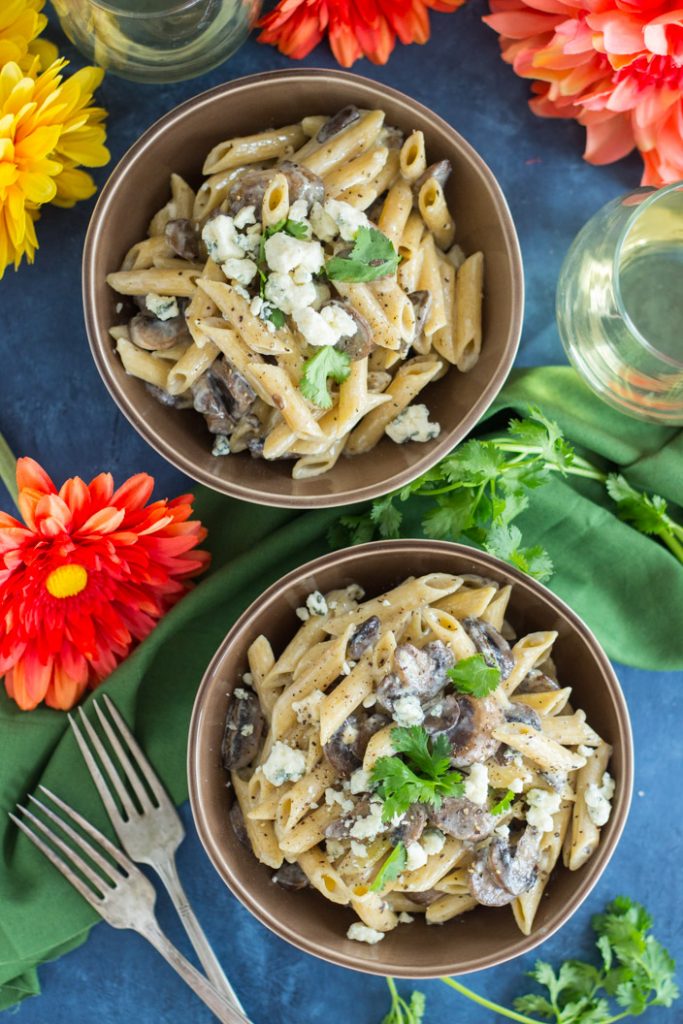