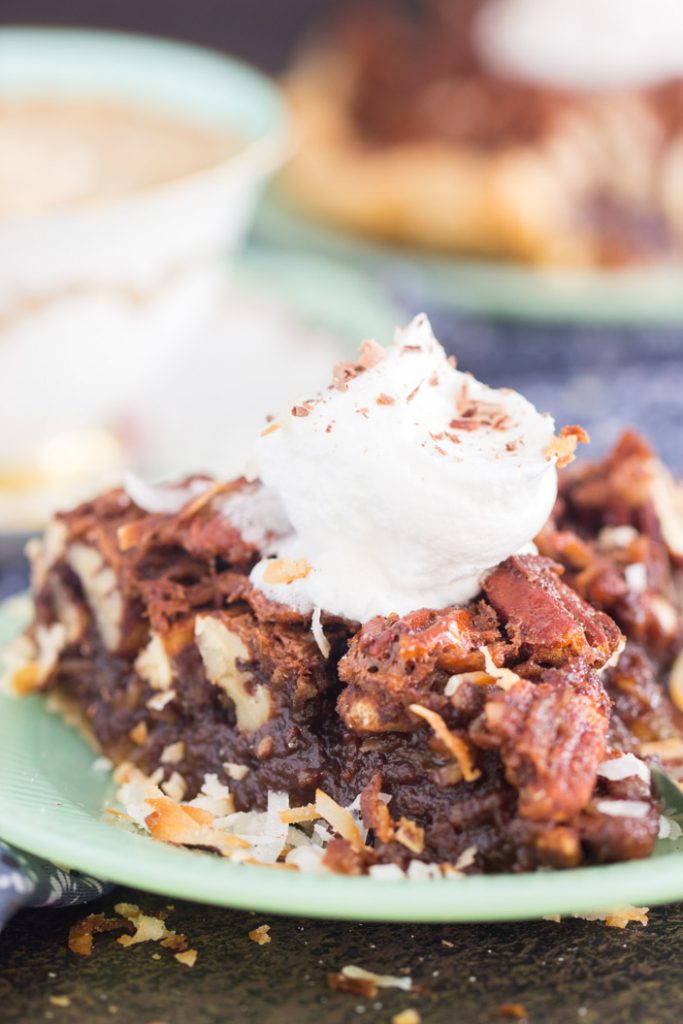 I took a few days off – unplanned – from posting recipes. It felt really nice to take a break. It wasn’t intentional, it just happened. I don’t think I realized how much I’d been putting my nose to the grindstone the last few weeks to get everything up in time for Thanksgiving.

With our personal lives being a little crazy right now too, I think everything finally caught up with me, and I was ready for a breather. 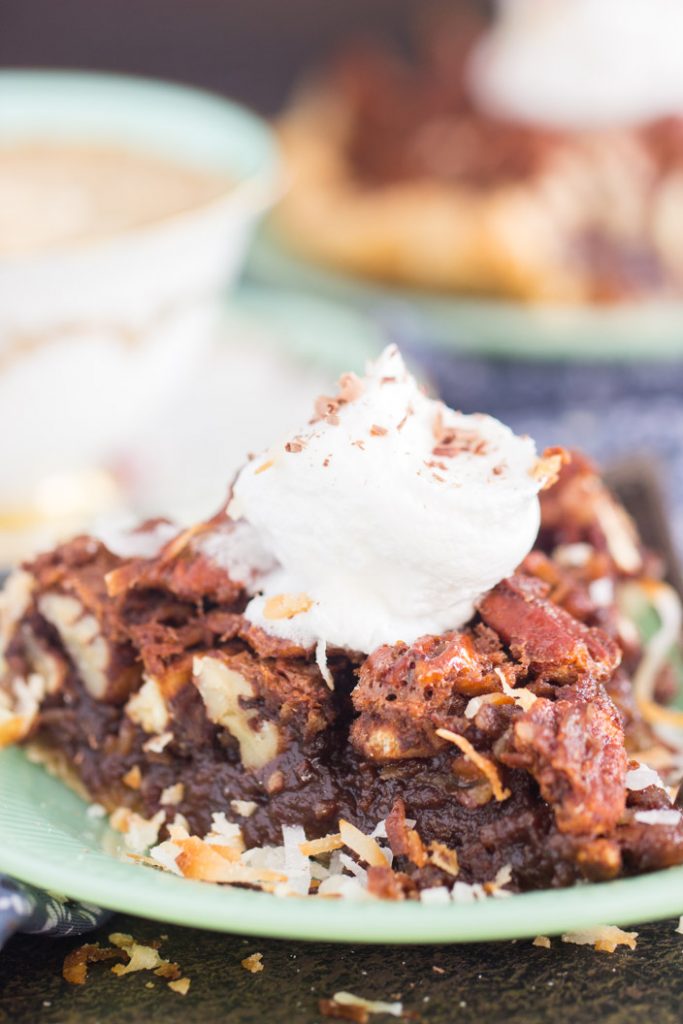 For the last few days, we did soooo much winter cleaning around the house, decorated for Christmas (more), and I did A LOT of online shopping. A tiny bit of in-store shopping too, but I’ve basically been living on the couch with my laptop, watching football, eating Thanksgiving leftovers, and basking in Christmas decorations. It sounds more sedentary and unhealthy than it was – we were actually pretty busy around here when we weren’t planted on the couch. 🙂

But Christmas is coming, and I’ve got a lot to share. This German Chocolate Pecan Pie is the last of the pecan pies that I made before Thanksgiving. Thanksgiving is the holiday of pies for most people, but isn’t Christmas a pie holiday too?? It is to me. You too, right?? Yes, yes, Christmas cookies… I’m all about those as well, but pies are still for Christmas. 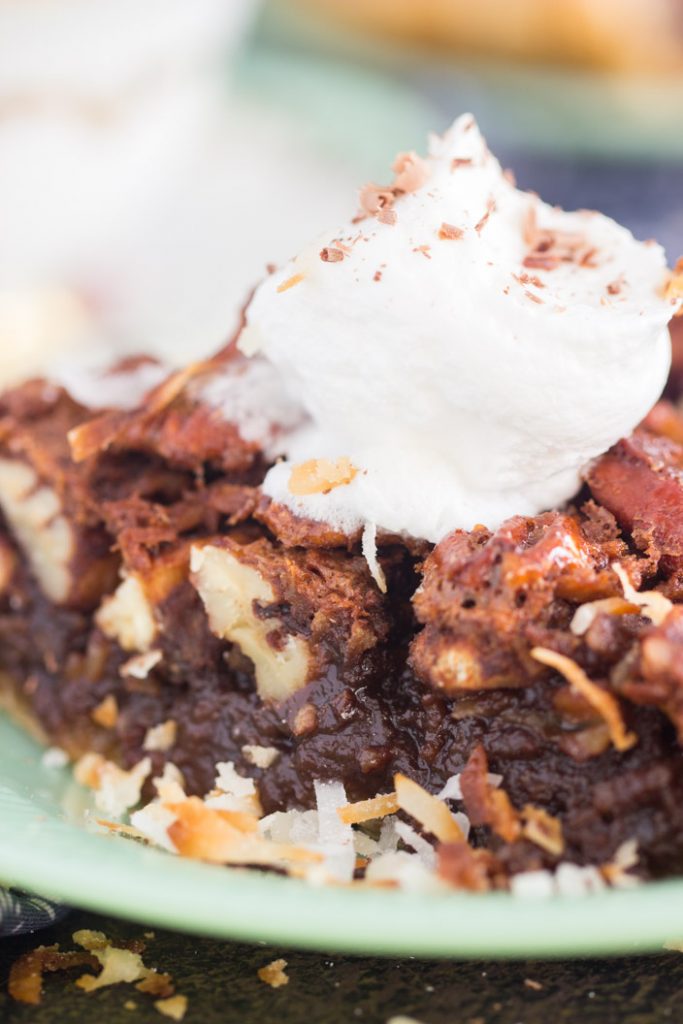 I get really inspired by a single ingredient, and go crazy with it. This fall was the season of pecans! I made this Honey Pecan Pie, Fireball Pecan Pie, Bourbon Bacon Pecan Pie, and lastly, this German Chocolate Pecan Pie. I have a few more ideas too, but I’ll probably table them for next year.

This German Chocolate Pecan Pie is adapted from my Chocolate Espresso Pecan Pie. That pie is an awesome variation on classic pecan pie. The whole ooey-gooey layer below the pecans is infused with chocolate and coffee. It’s not just an ooey-gooey, sugary layer, but a chocolatey one, and with a jolt of caffeine to boot. 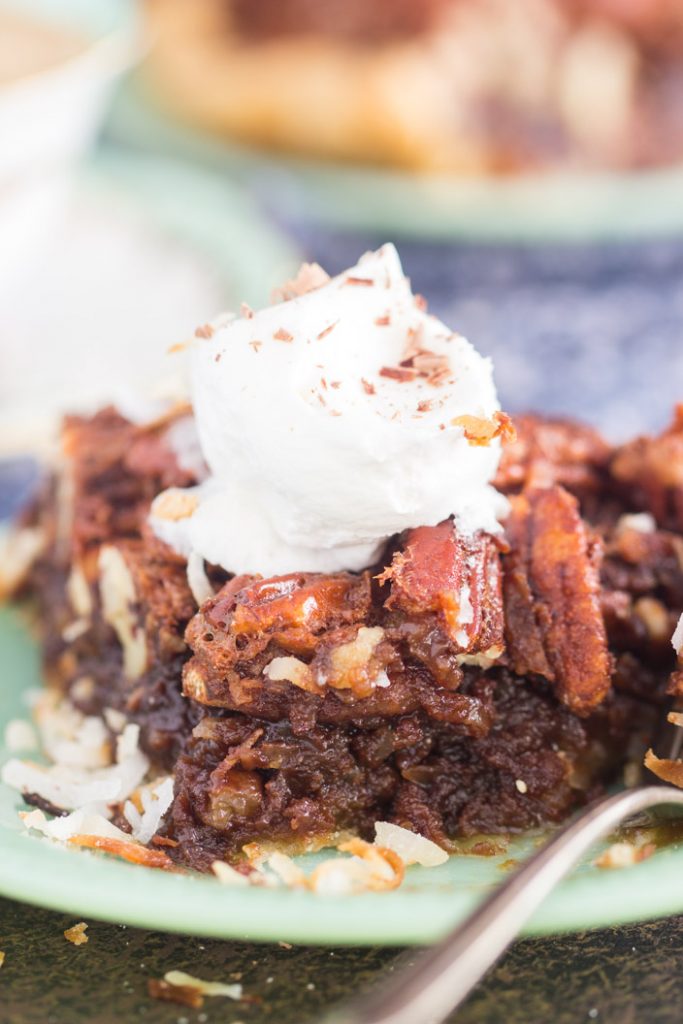 This German Chocolate Pecan Pie swaps milk chocolate for semi-sweet, and adds coconut. It’s so simple! It’s so easy, and you can prep it in 10-15 minutes, but it’s such a different and delicious variation on pecan pie. I love German chocolate things, so I’m a fan. If you love the combo of milk chocolate, coconut, and pecans, you cannot go wrong with this German Chocolate Pecan Pie. 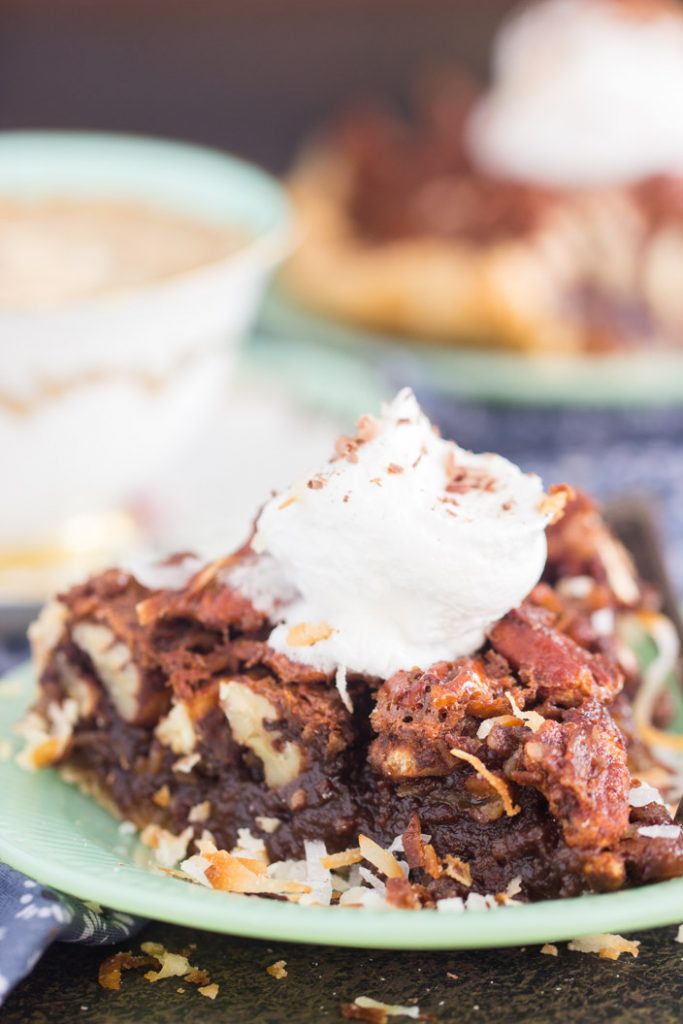 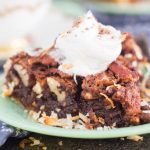 Traditional pecan pie gets a makeover with the addition of milk chocolate and coconut! This German Chocolate Pecan Pie is an unforgettable twist on the classic.