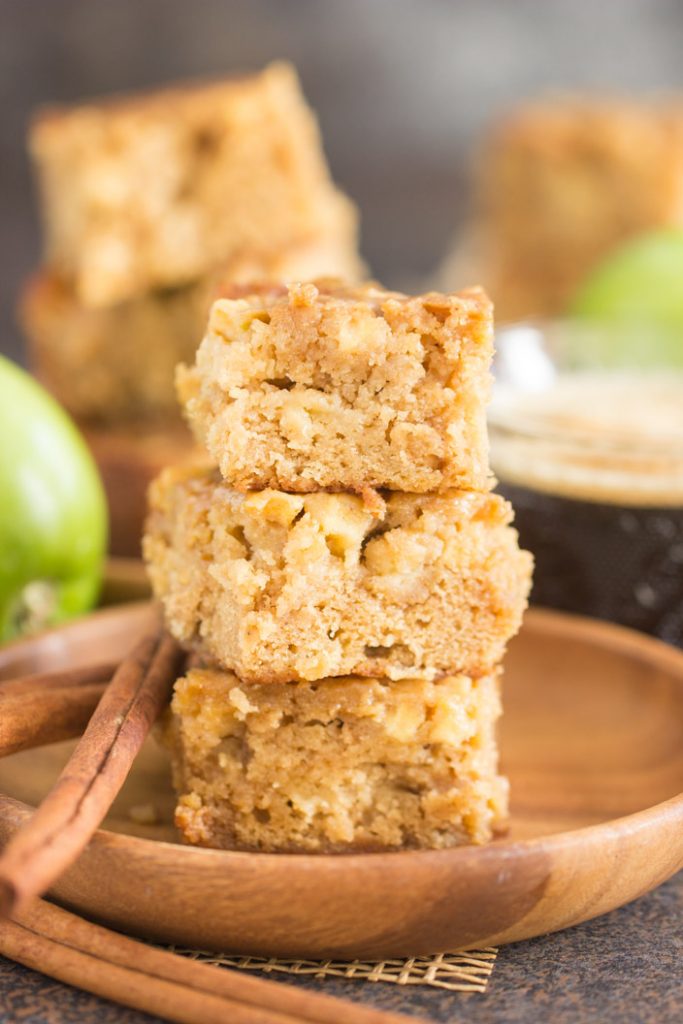 I don’t know, friends… there’s no two ways about it: these Maple-Glazed Apple Bars are not the most beautiful bars in the world, but I would challenge you to find an Apple Bar recipe that produces a gorgeous apple bar. I don’t think it exists.

Brown and beige foods are tricky to make ‘pretty’. 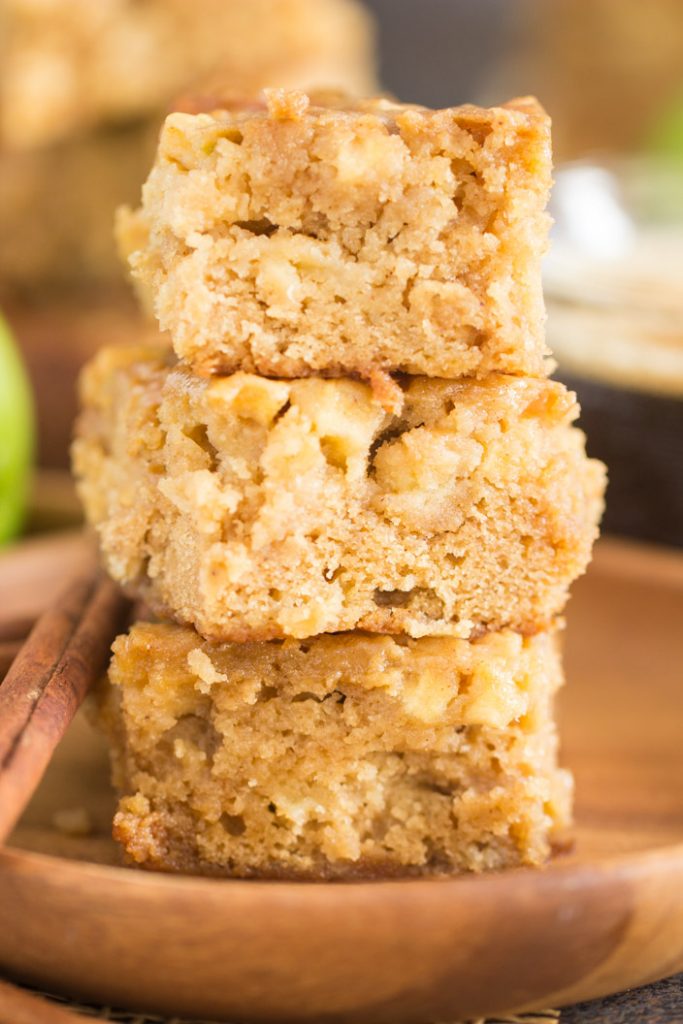 These Maple-Glazed Apple Bars are fantastic though. They’re like a super soft brownie, but no cocoa, of course. They’re soft, tender, and cake-like, but a little sturdier and denser than cake – so I think of them as an extra-moist, cakey brownie. Did you get all that?

These Apple Bars are loaded with maple flavor – right in the batter, and right in the glaze. They’re also spiced with just the right combo of cinnamon and apple pie spice to really make the apples in these bars ‘pop.’ And speaking of apples, there’s quite a lot of fresh chopped apples packed into these Maple-Glazed Apple Bars. The apples bake up to be soft, but not mushy, and they mix and mingle with the maple, brown sugar, and spices as they bake. 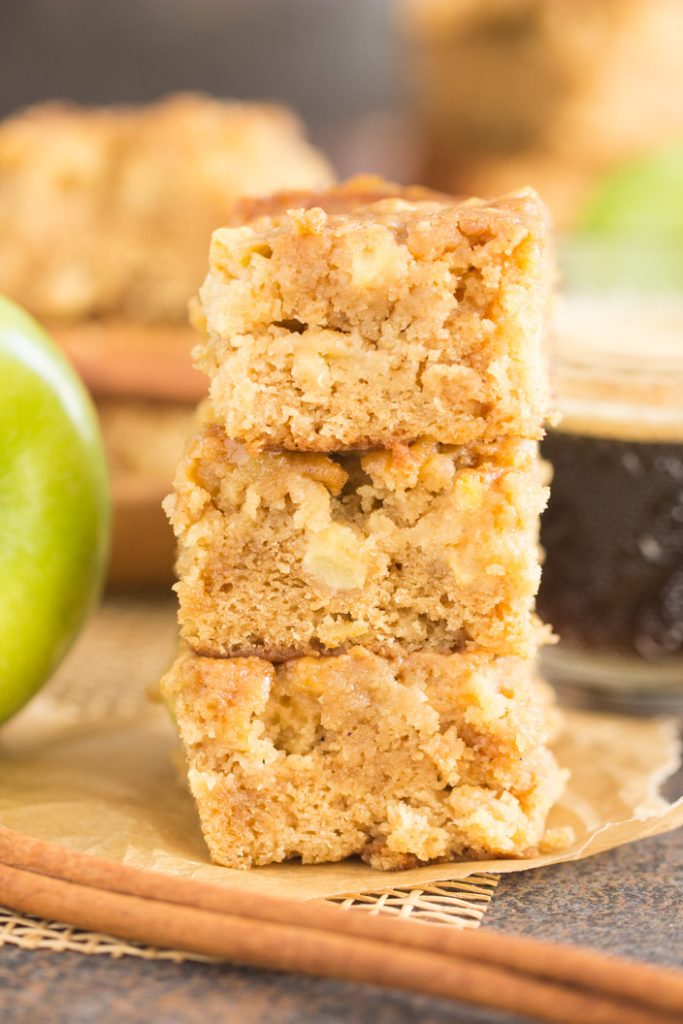 Like apple pie in a blondie, but with a butter-maple glaze on top, these Maple-Glazed Apple Bars deserve a spot on your holiday menu. 🙂 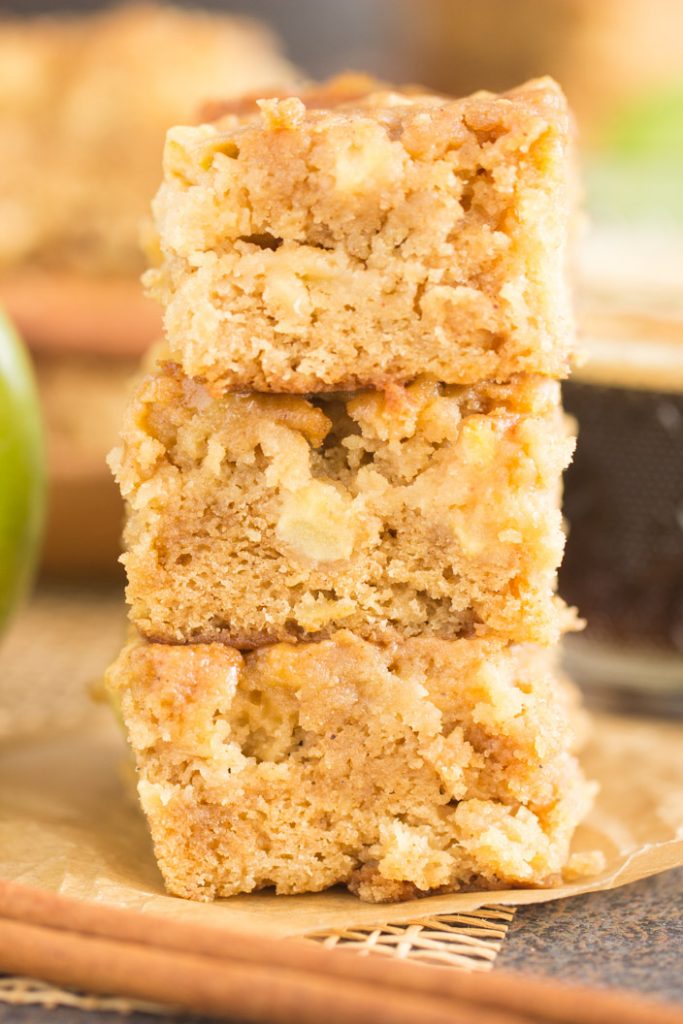 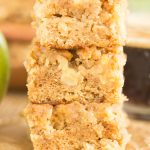 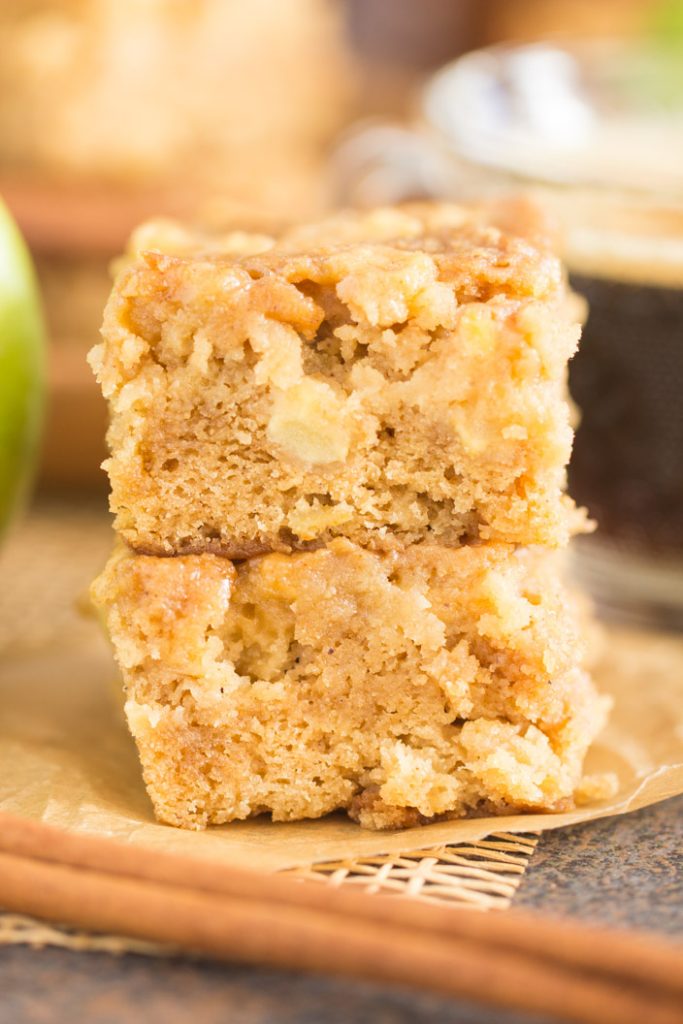