A decadent, show-stopping Valentine’s Day dessert, but one that is surprisingly easy to assemble. Layers of rich, fudgy brownies are filled with light, fluffy, and fruity fresh raspberry buttercream in this Raspberry Brownie Torte. 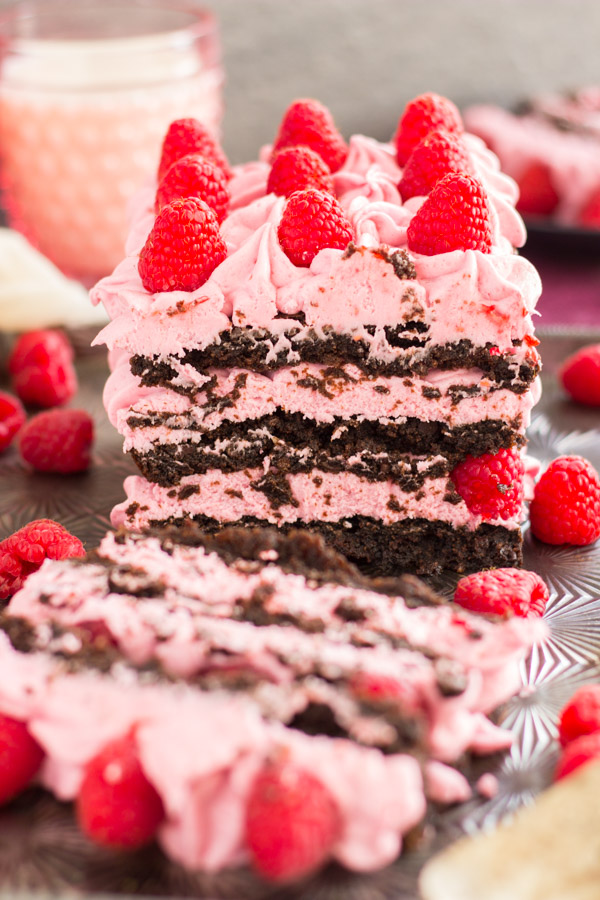 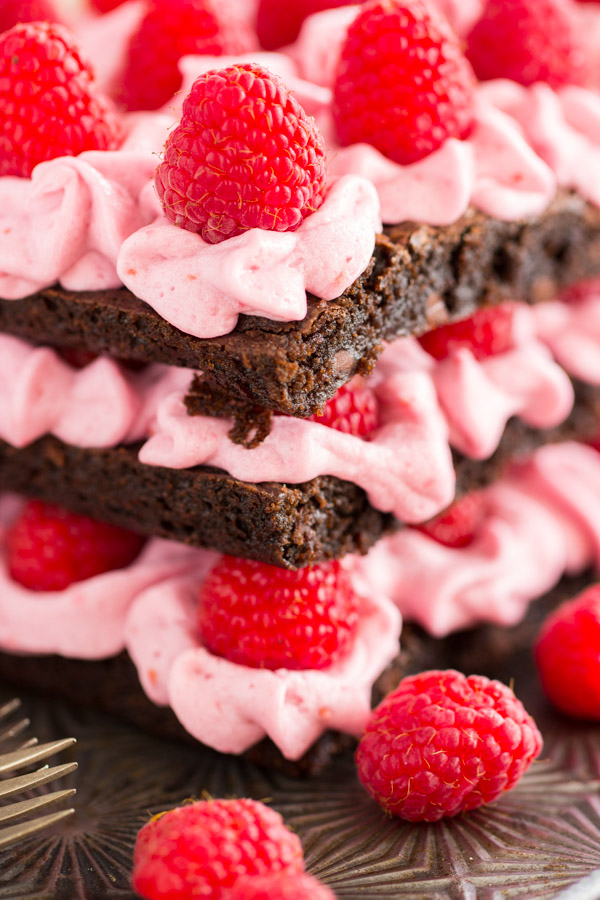 I typically like to write something fresh or current, but I’m so exhausted from a work conference I attended this week, and frankly, I’m a little hungover and sleep-deprived from our annual awards dinner last night. I know you’ll be grateful for a respite from my writing and nonsense anyway. 🙂

I’ve got another Valentine’s Day dessert idea for you today. I have a love affair with brownie tortes. They are showstopping desserts, but they’re actually pretty easy to make and to assemble. Your Valentine will think you labored over it, but they’re pretty damn simple for as much as they make a statement. 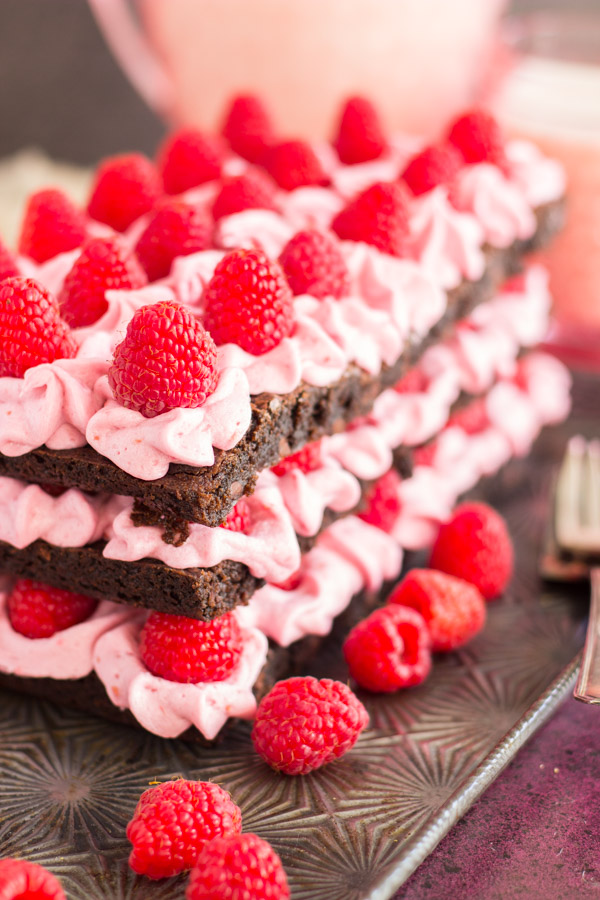 This dessert is extravagant, and only the most lavish and decadent for your Valentine, right? I love the pops of pink – light, soft pink raspberry buttercream frosting, and bright, vibrant pink from fresh raspberries, and the pink is broken up by layers of rich chocolate brownie. 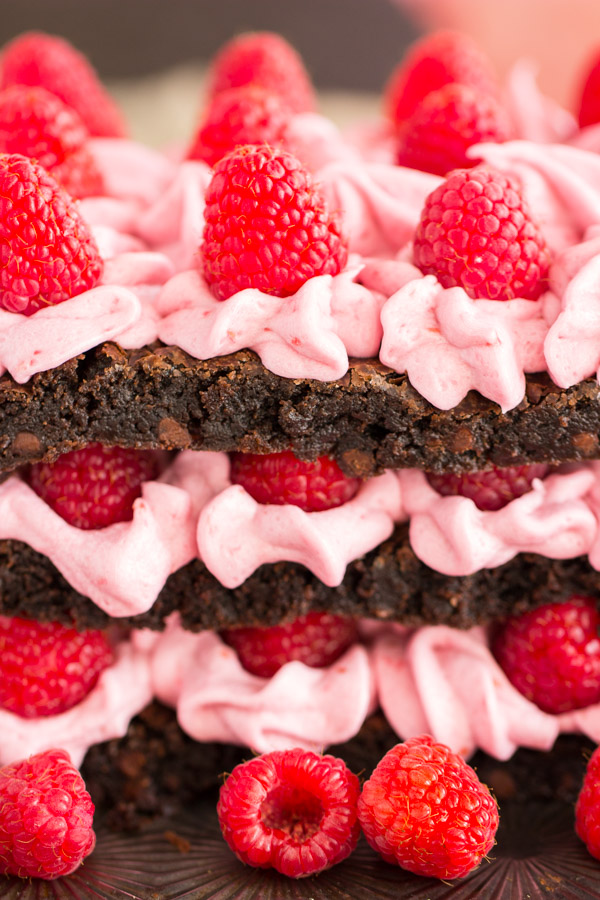 This Raspberry Brownie Torte is also a really nice variation of flavors and textures. Fudgy brownies, melty chocolate chips, and fluffy, tangy, fruity buttercream. I promise it will make for a Valentine’s Day that you and your Valentine will not soon forget. 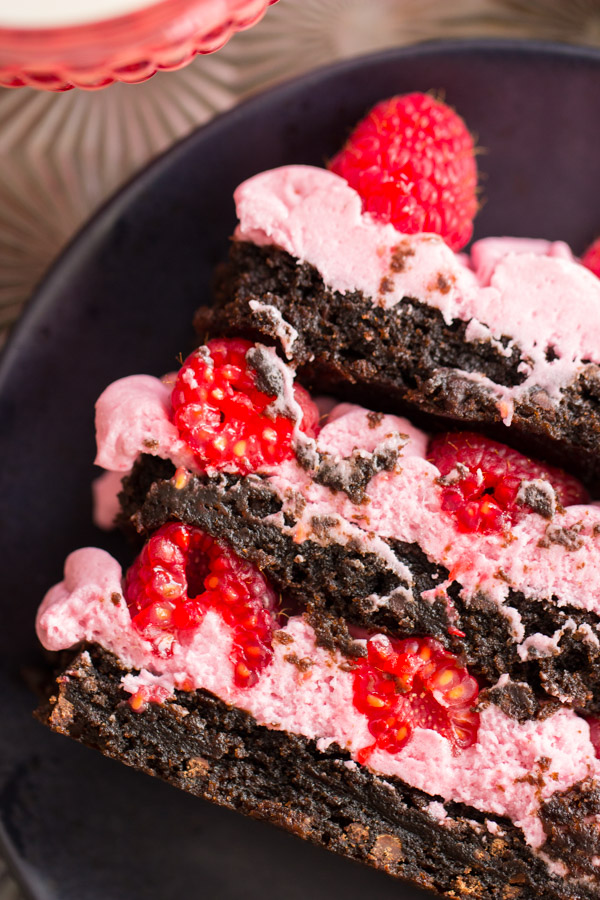 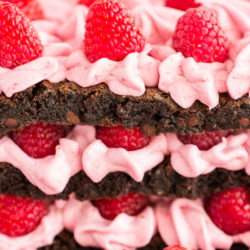 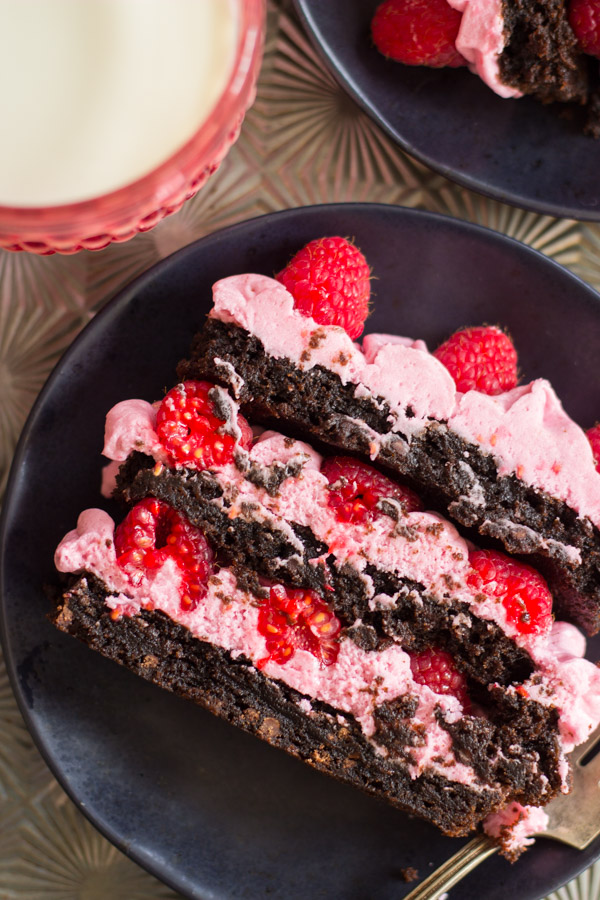