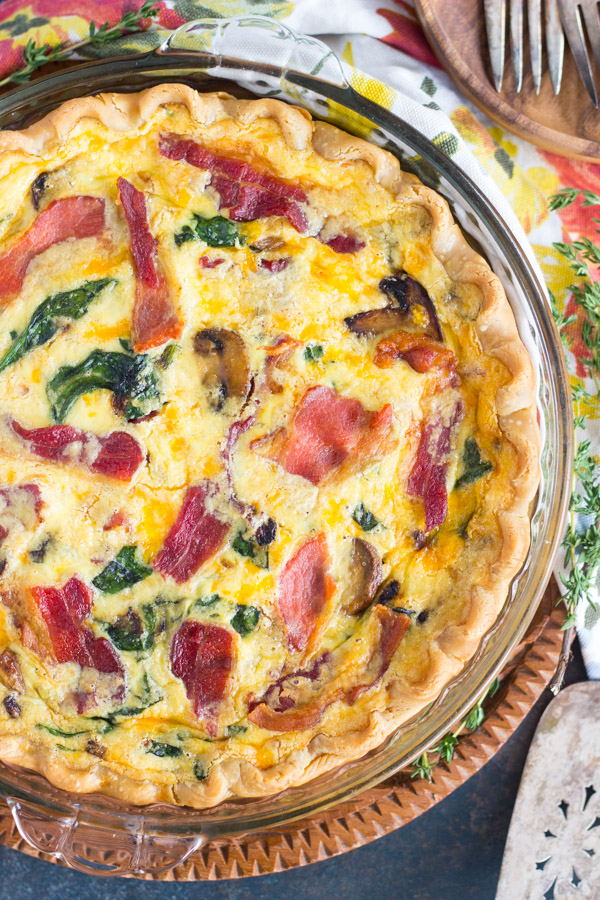 I have a ‘Homeland’ hangover. Do you watch ‘Homeland’? How depressed are you?

I’ll try not to spoil it, but if you watch ‘Homeland’, and you are behind on it, then don’t read on. You’ve been warned!

As for the finale, I’m pretty shocked. I didn’t see that coming. Occasionally I thought maybe they’d kill off Quinn, but then I’d think ‘no’… mostly because I didn’t have ‘Homeland’ pegged as the kind of show to kill off main characters. Brody aside, but that was different. They made a pin-cushion out of Quinn though, and they wrote him into a corner where there really was no way out. Ah, well. 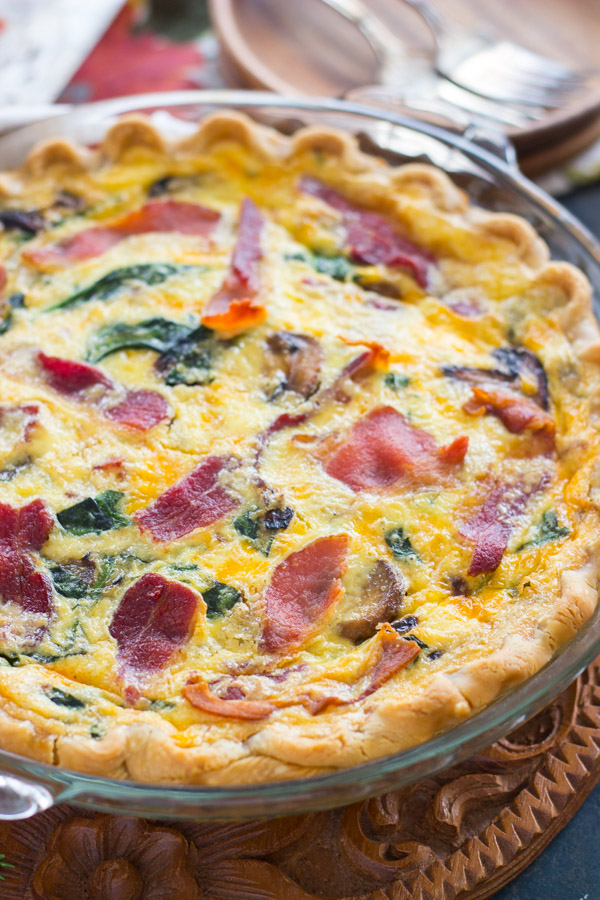 He was pretty much the only reason I was still watching! Anyway, I’m really sad about the outcome. I don’t usually get invested. 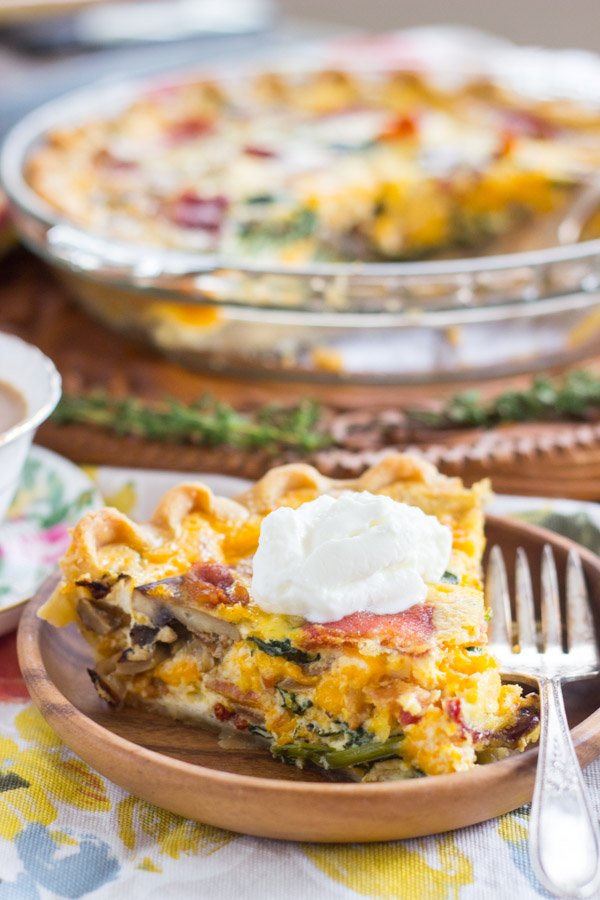 Okay, so what’s a good hangover cure?? Even if my ‘hangover’ is from lack of sleep and tv drama carnage! Eggs are always good hangover food. More importantly, bacon! This Bacon Spinach Mushroom Quiche Pie includes both, obviously.

You have to wait a little longer for breakfast when you make this Quiche Pie, but it’s so worth it. I recently made this Quiche Pie on a Saturday morning, and it was gone by the end of the day. We polished it off, just the two of us, in about 10 hours. That’s how good it is, and you could honestly eat this for any meal. Breakfast for dinner is the BEST, right?

It’s super filling and it’s got a little of everything – eggs, bacon, veggies, and cheese. All the things you want in breakfast, piled together in a pie crust.

This Bacon Spinach Mushroom Quiche Pie is actually a really pretty dish too, so it’s perfect for fancier brunches like Easter, Mother’s Day, a bridal shower, stuff like that. 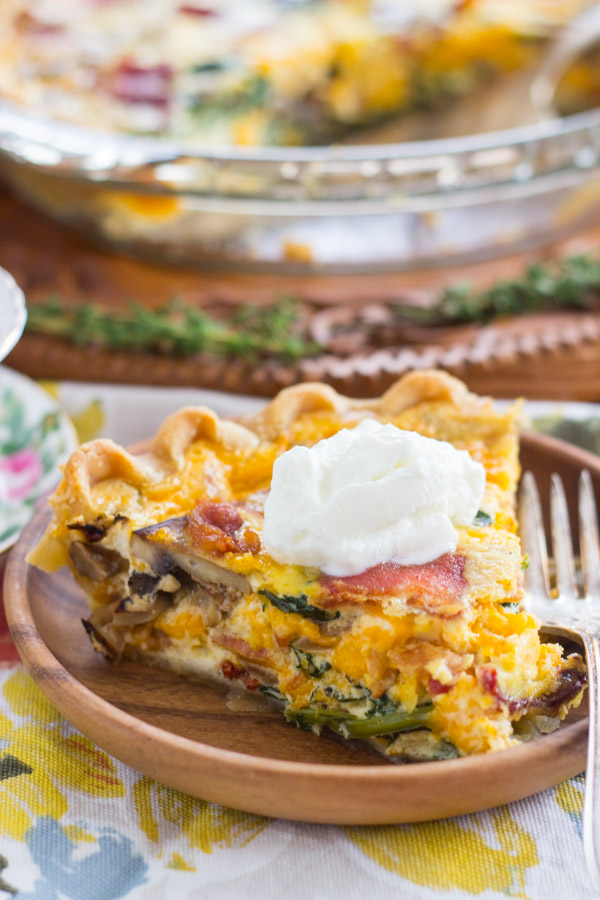 Fry the bacon, add the veggies, whisk in some milk, eggs, and cheese, and pour into a store-bought pie crust. Bake. Done. Not a ton of work, but this Quiche Pie recipe is more time-commitment then, say, scrambled eggs. Got it? Cool.

Other bacon recipes to suggest would include these Brown Sugar Maple Bacon Scones with Maple Brown Butter Glaze. I think the recipe title says it all, but the combination of flavors in those scones is unreal. It’s one of my top favorite recipes on the entire blog, and they are actually way easier and faster to make than they sound. Awesome brunch recipe!

And if you’re a person who likes grits (I totally am), then this Cheesy Grits Casserole with Bacon and Corn is divine. It’s so creamy and cheesy!

There are good brunch holidays coming up, so I’ll leave some other options below. 🙂 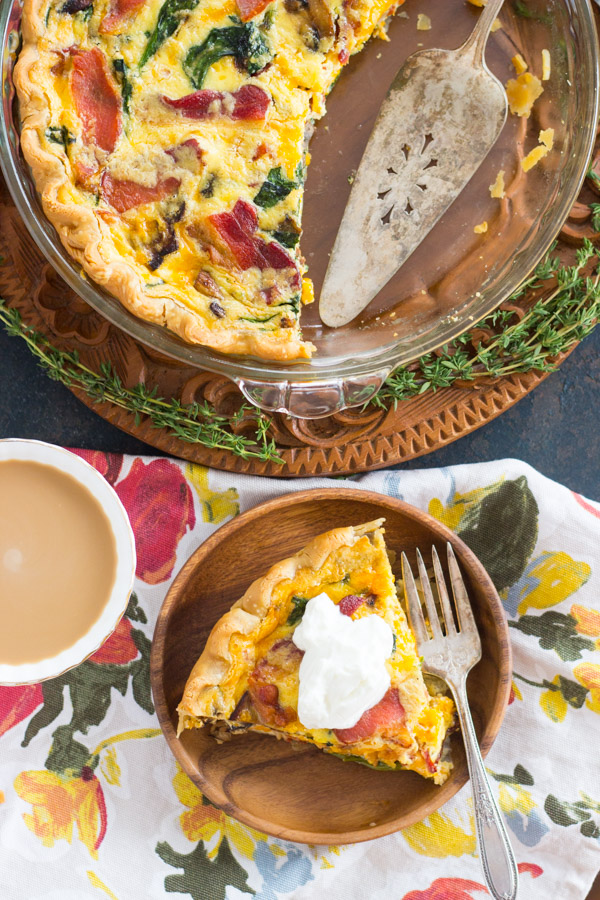 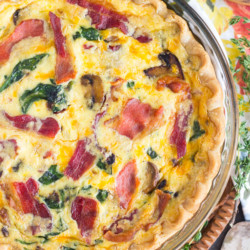 You may also like these bacon or brunch recipes! 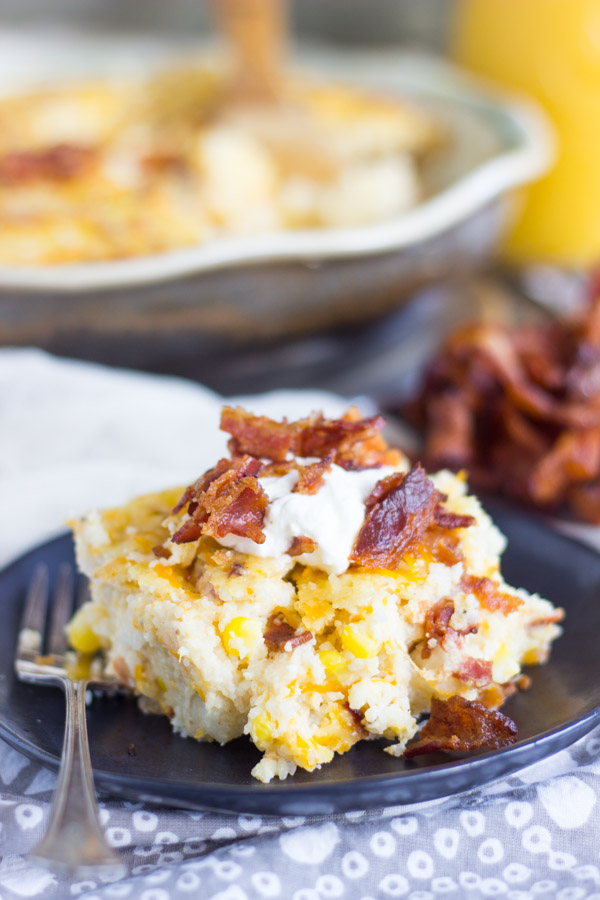 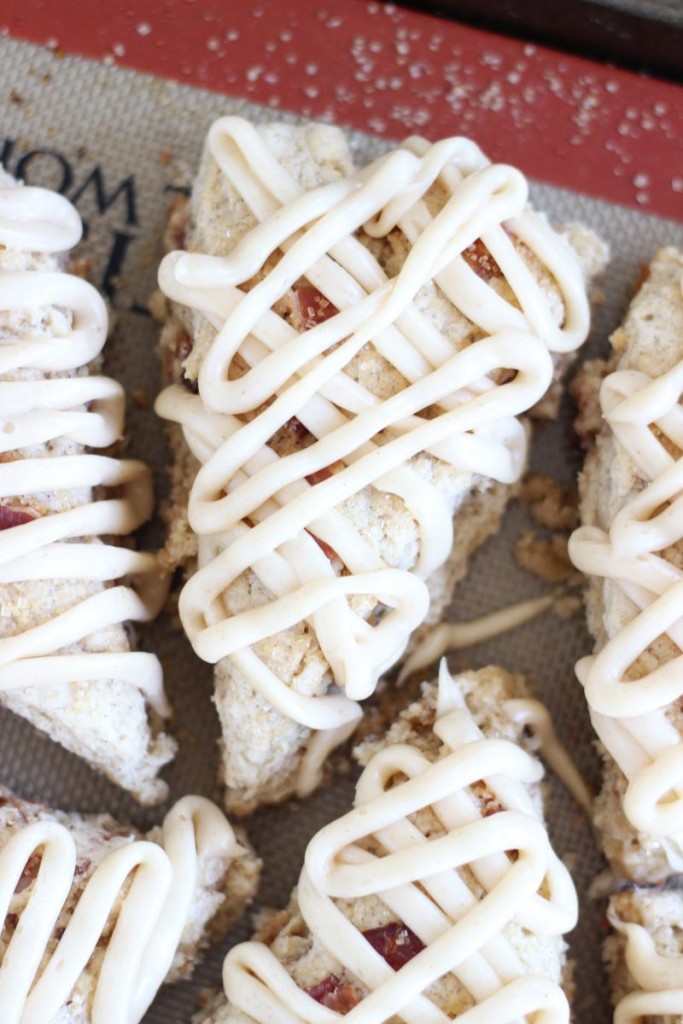 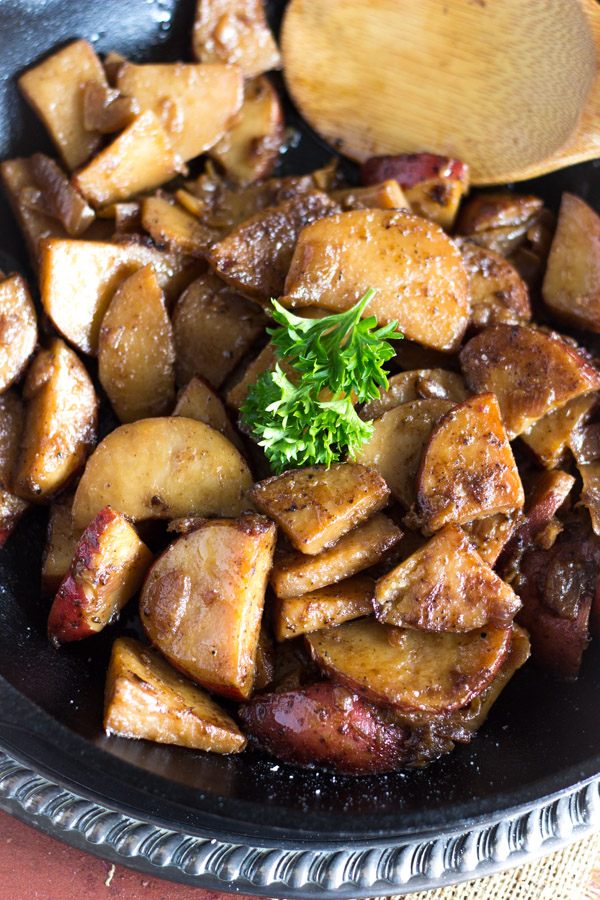 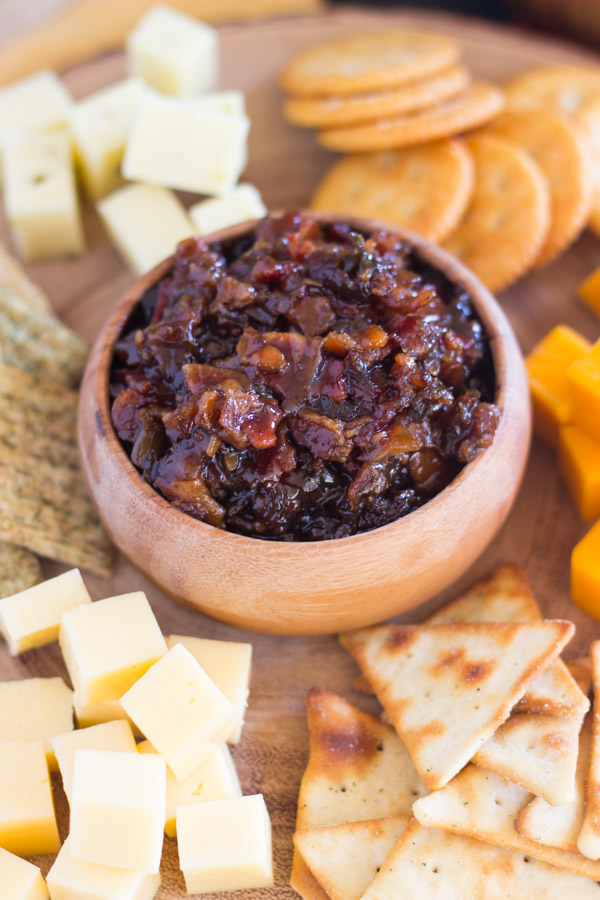 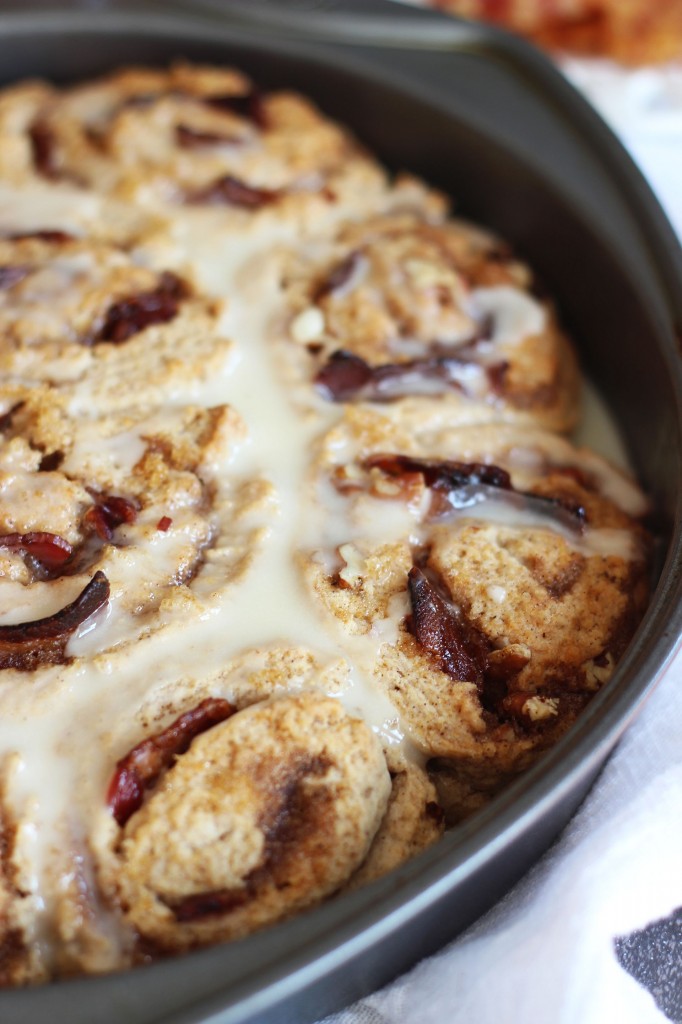