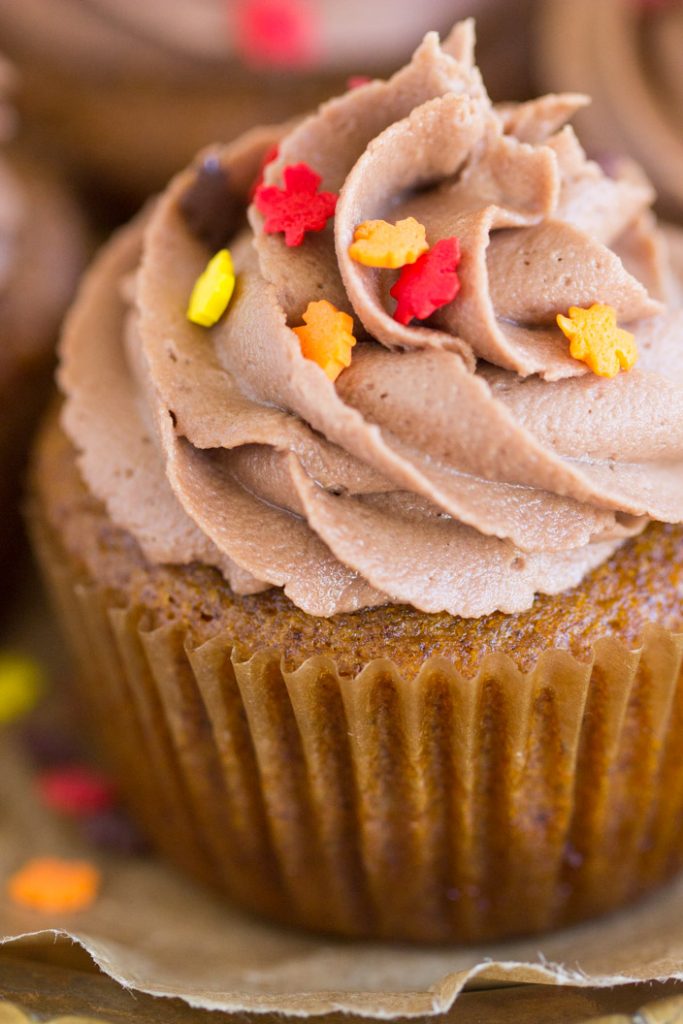 I posted a few pumpkin + Nutella recipes last year, and I totally expected them to be a hit on the blog, but they sort of fizzled. I don’t know why! You really cannot predict what people will ‘take’ to, and you never really know what will land with people. I personally LOVE those recipes, and I love pumpkin + Nutella together. I *hope* that these Pumpkin Cupcakes with Nutella Buttercream will be more popular! They deserve it. 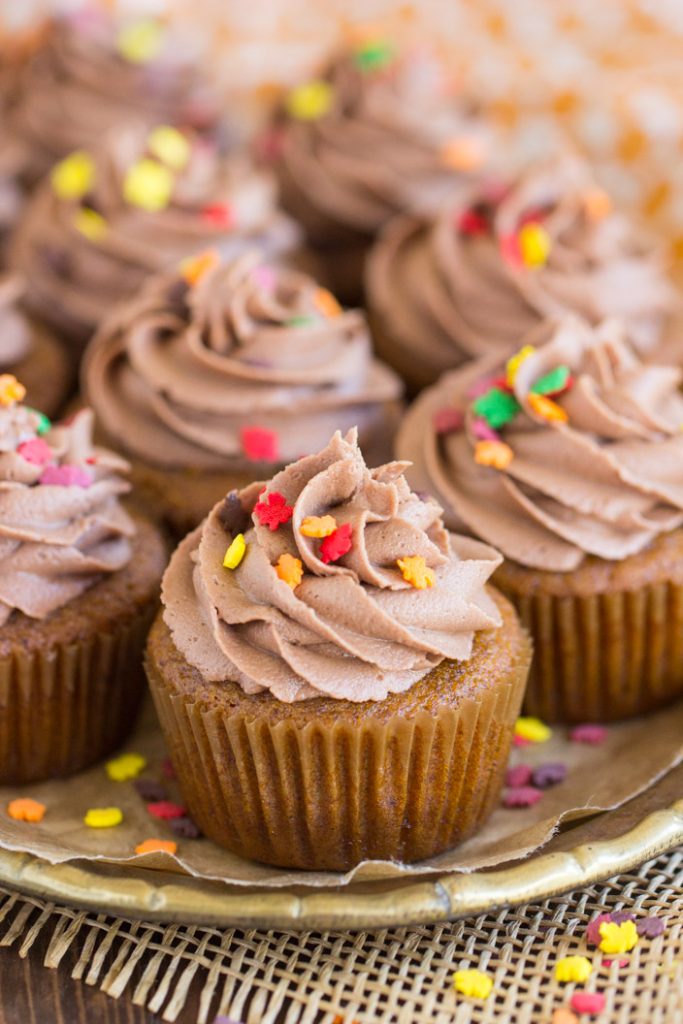 From last year, these Pumpkin Nutella Whoopie Pies are still one of my most favorite recipes of all time! Soft, thick, tender pumpkin cookies, heavy on spice, with a  fluffy Nutella buttercream filling. HEAVEN. And these Snickerdoodle Pumpkin Nutella Muffins are absurdly easy, and you can have a batch in 30 minutes flat. Who doesn’t want that??

In any event, give these Pumpkin Cupcakes with Nutella Buttercream a fair shake. Otherwise, I’ll have to give up on persuading people that pumpkin and Nutella are a dynamic duo. I can’t understand why that takes any persuading at all though!!!

Also, I’ve already made a few other pumpkin + Nutella desserts for fall, so you’ll just have to deal with those. 🙂 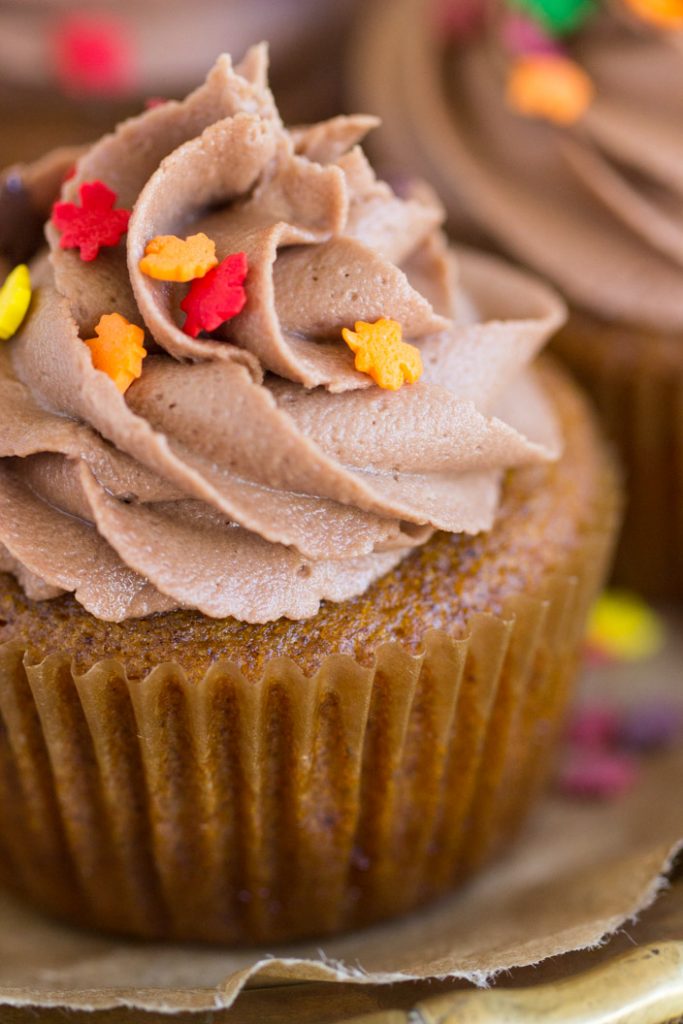 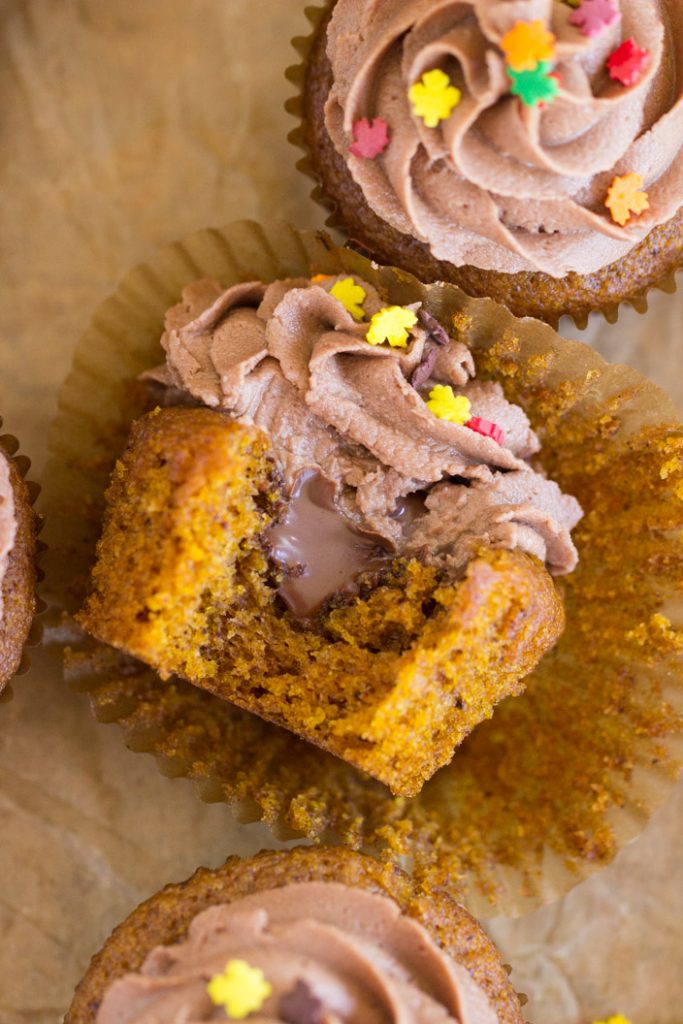 I do have a perfect Nutella buttercream recipe though, and I’m not afraid to bust it out whenever I have the chance. I freakin’ love that stuff, and I love it with pumpkin. If you want to step outside of a traditional cream cheese frosting for these pumpkin cupcakes, then you’ve got to try them with a big dollop of Nutella in the center, and a thick, fluffy, decadent Nutella buttercream on top!

You can’t imagine how sensational it is to take a big bite out of one of these cupcakes to find Nutella in the center and a Nutella frosting on top. 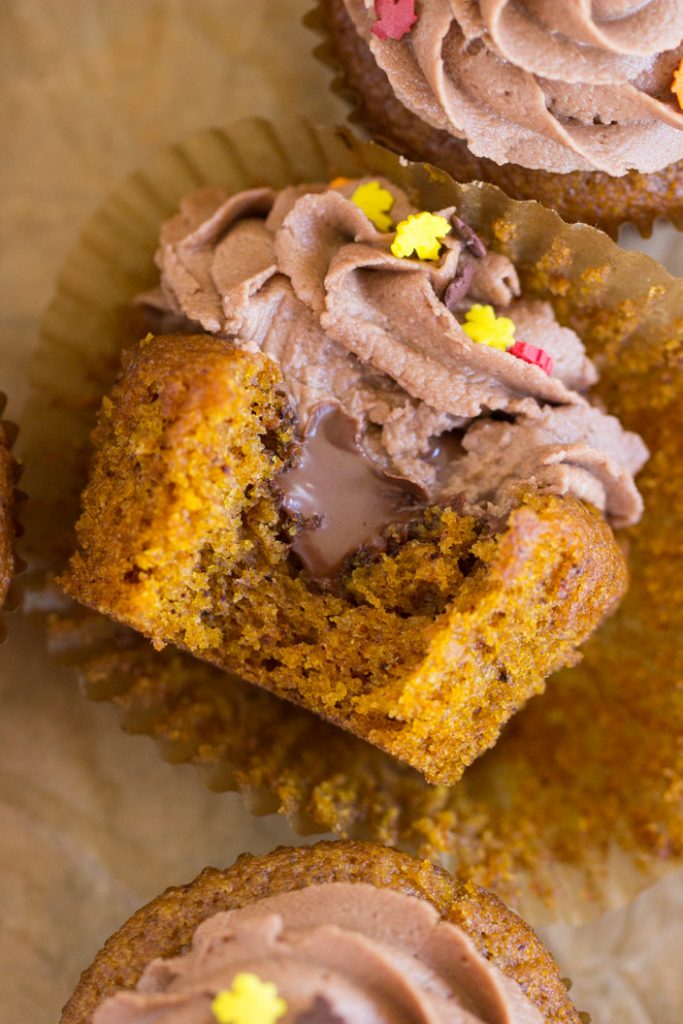 Nutella buttercream is PERFECT. Something about the structure of Nutella – when added to a standard buttercream recipe, it whips up into the fluffiest frosting. I love it. A touch of cocoa and a touch of hazelnut, what a combo, and when combined with pumpkin and lots of fall spice, you’ll go head over heels for these Pumpkin Cupcakes with Nutella Buttercream!

If you’re one of the people that doesn’t get excited by pumpkin and Nutella together, then you can always go for these Nutella Brownies with Nutella Buttercream… you can’t go wrong there. 🙂 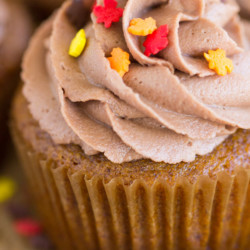 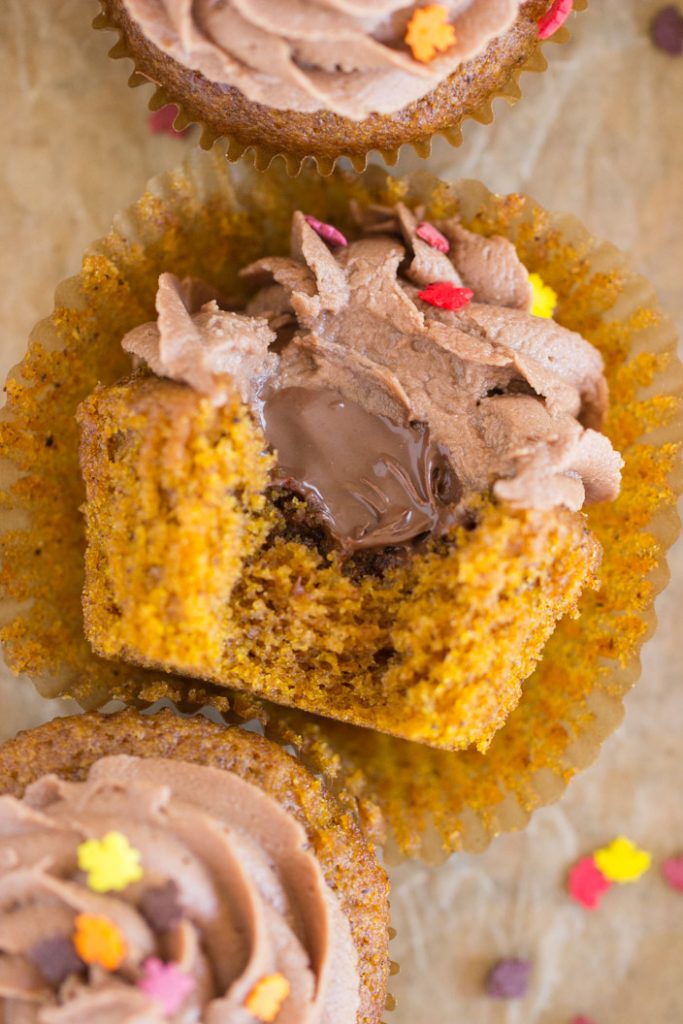