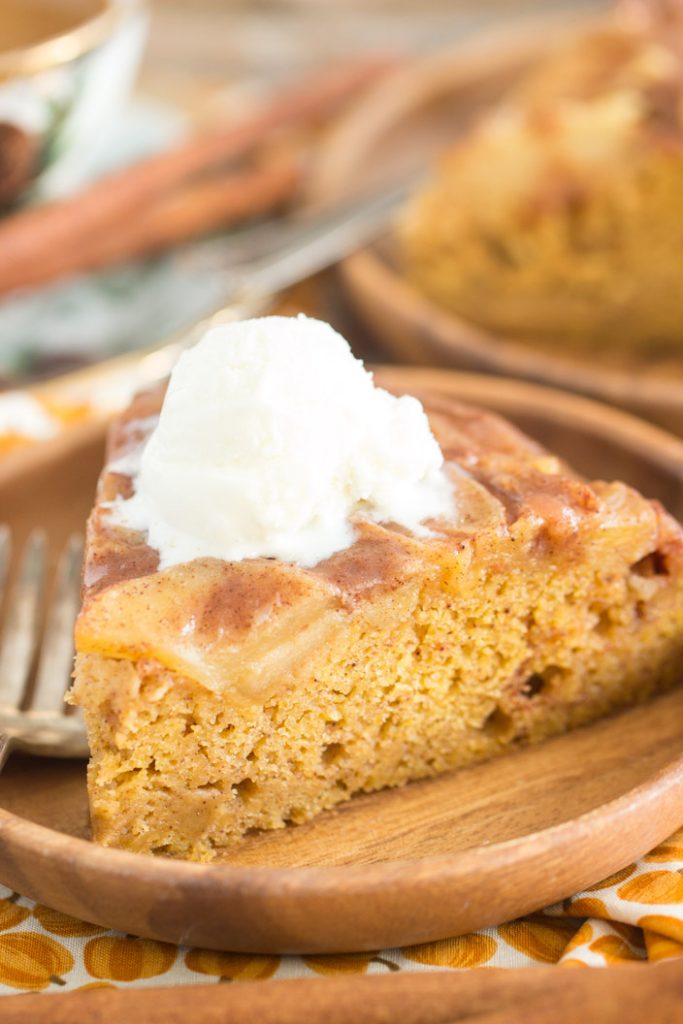 Woohoo – it’s time! I’m ready. Are you ready? It’s still a little early to switch gears to fall, but I’m going there anyway. All year long I look forward to sharing fall recipes. I swear, fall baking is why I blog at all.

It does feel a little weird to share this Pumpkin Apple Upside Down Cake in August, still summer, but I don’t care. I think this is a good transition dessert because it’s not exclusively pumpkin… we’re including apple too. 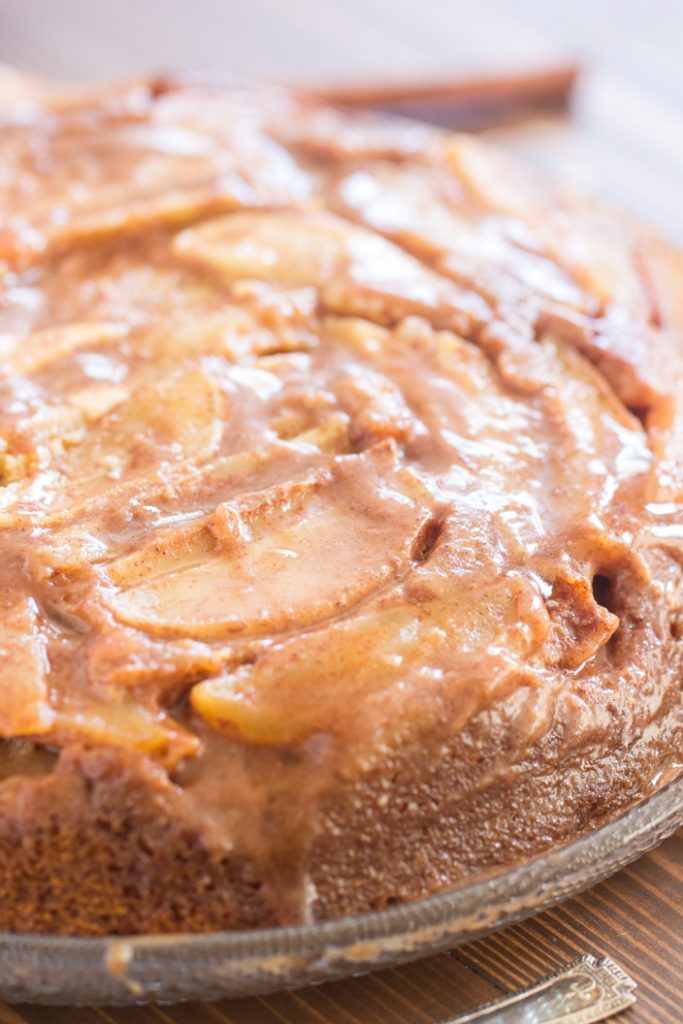 I can’t remember a summer EVER flying by faster than this one. My mind is blown that Labor Day is only a few weeks away.

As much as I love fall, it can be hard to get in the spirit this early. The thing is, I notice that people start searching and looking for fall recipes this time of year though, so I want to have them ready for you. 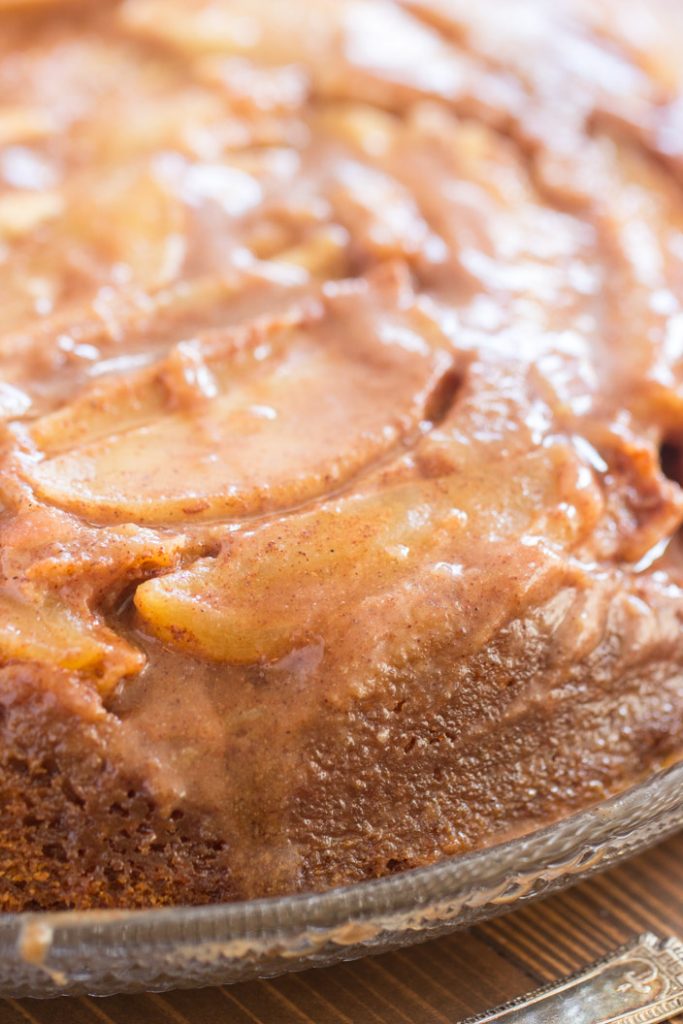 To get myself in the right spirit and mindset, I got out all my fall decorations. Yes, already. And I’ve been burning one of my favorite fall candles this week, appropriately, Pumpkin Apple.

Fitting for sharing this Pumpkin Apple Upside Down Cake. This is not the most beautiful of cakes, I acknowledge that, but you have to look past its bland appearance. 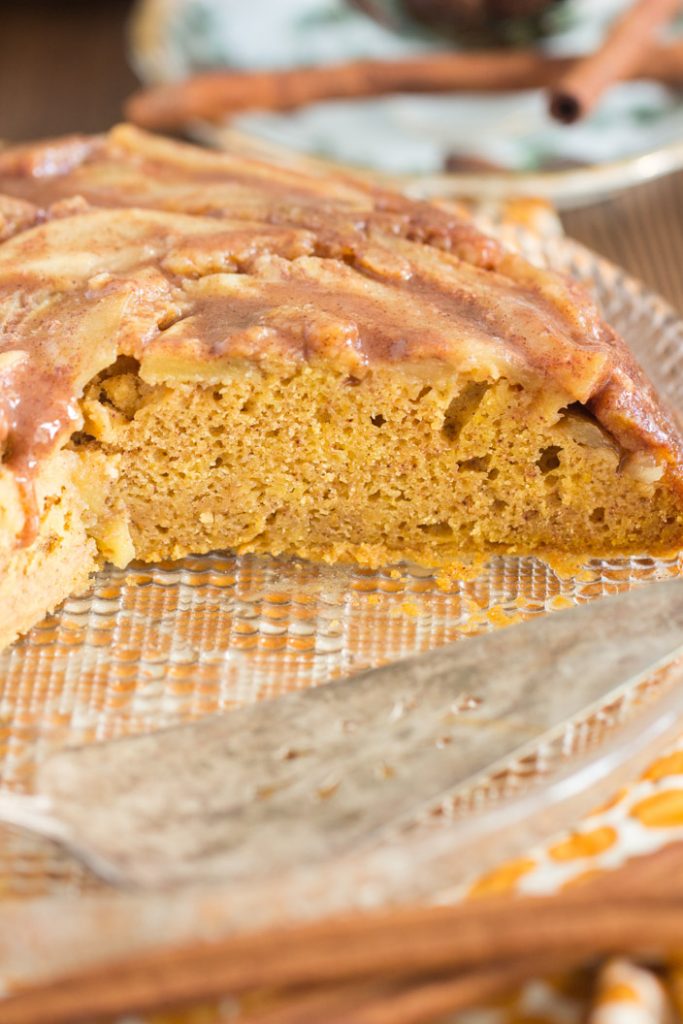 This Pumpkin Apple Upside Down Cake has the perfect amount of pumpkin flavor, precisely balanced with the apple, and neither overtakes. Both flavors get to announce their presence thoroughly, and they don’t compete with each other!
This also has the right amount of spice. The spices enhance and complement the pumpkin and apple components, but again, the spices don’t compete or overwhelm. 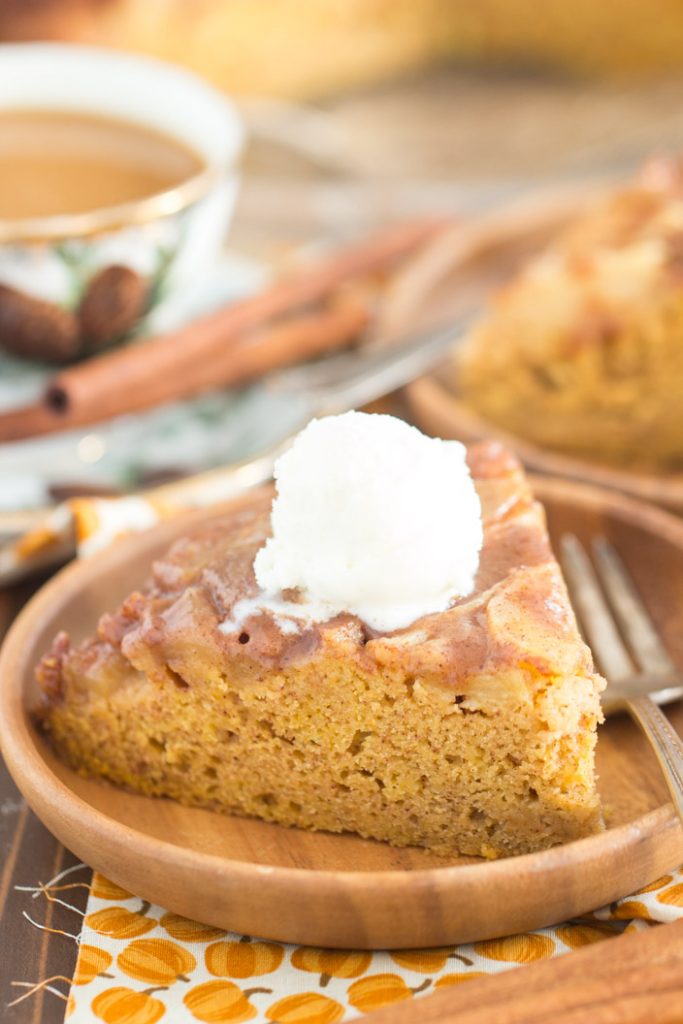 Beyond the flavor, the texture of this Pumpkin Apple Upside Down Cake is what really makes it. The texture is out-of-this-world and hard to put into words. It’s crazy moist, first of all, so there’s that. But it’s also dense, almost like a loaf cake or pound cake, yet still springy and soft.
It’s very buttery – not in a greasy way. I mean, it is drenched in butter on top, but it doesn’t taste like a cake doused in butter so much as the butter is married right into the cake. It’s almost tastes like this cake had caramel baked right into it as an ingredient… which, in a way, it kind of did. It just came in through the top. Caramel-y and buttery. 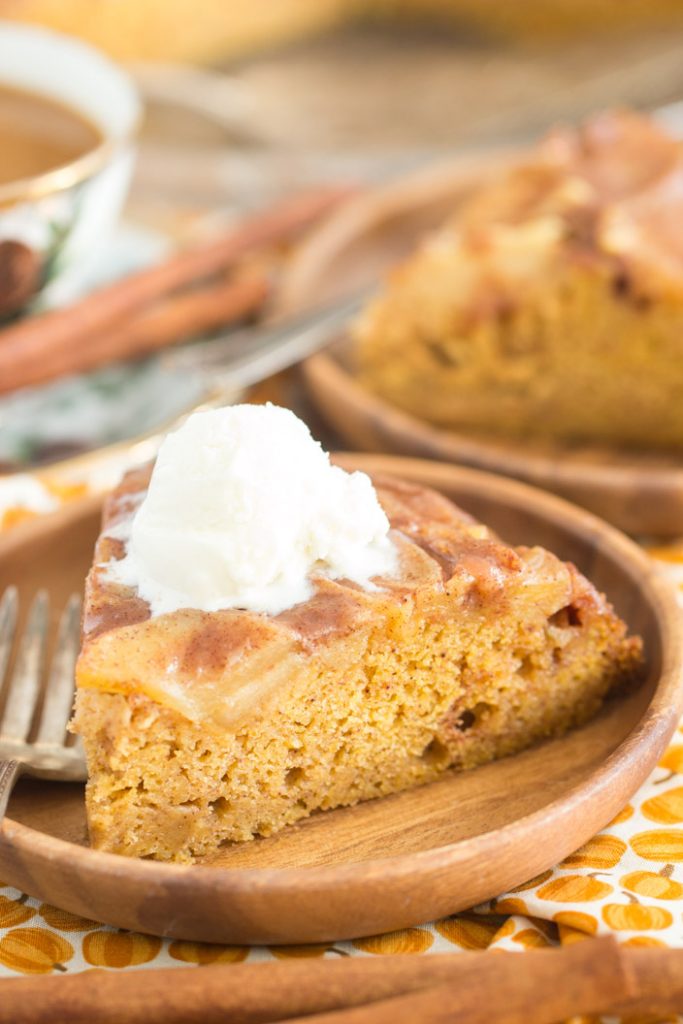 The apple topping… well, it’s like you baked an apple pie on top of a pumpkin spice cake. Which, again, is kind of what we did.
It’s a bit of an ugly cake, yes, but it’s astounding in flavor and texture!
Let’s see… other pumpkin and apple things! Check out this Apple Crisp Pumpkin Cheesecake, this Fireball Apple Crisp, this Double Layer Pumpkin Cheesecake, or these Pumpkin Spice Latte Cookies! There’s a few good fall recipes to get you in the spirit. 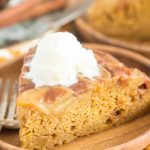 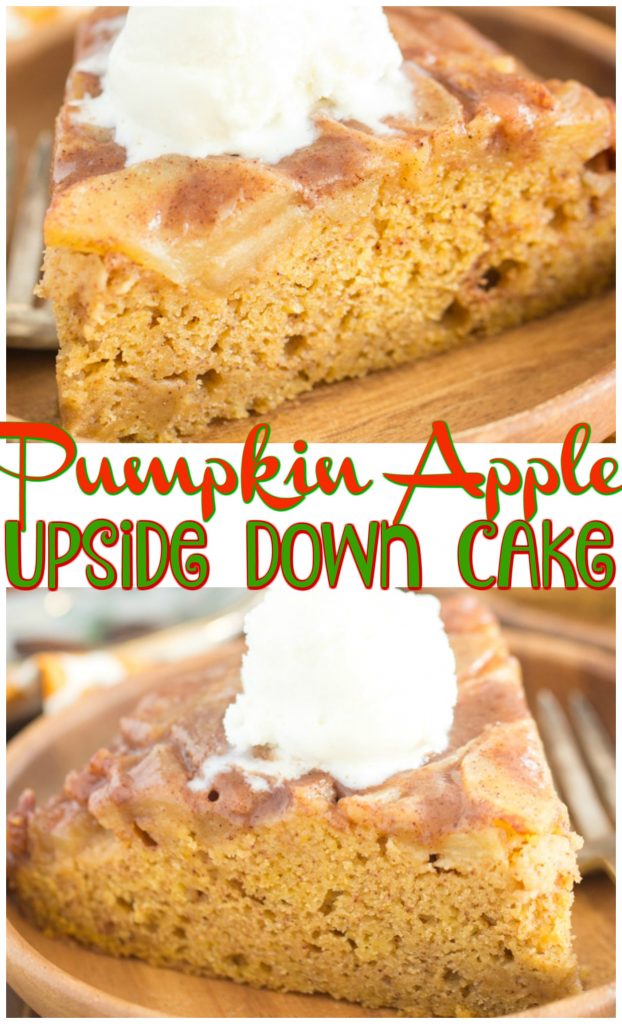