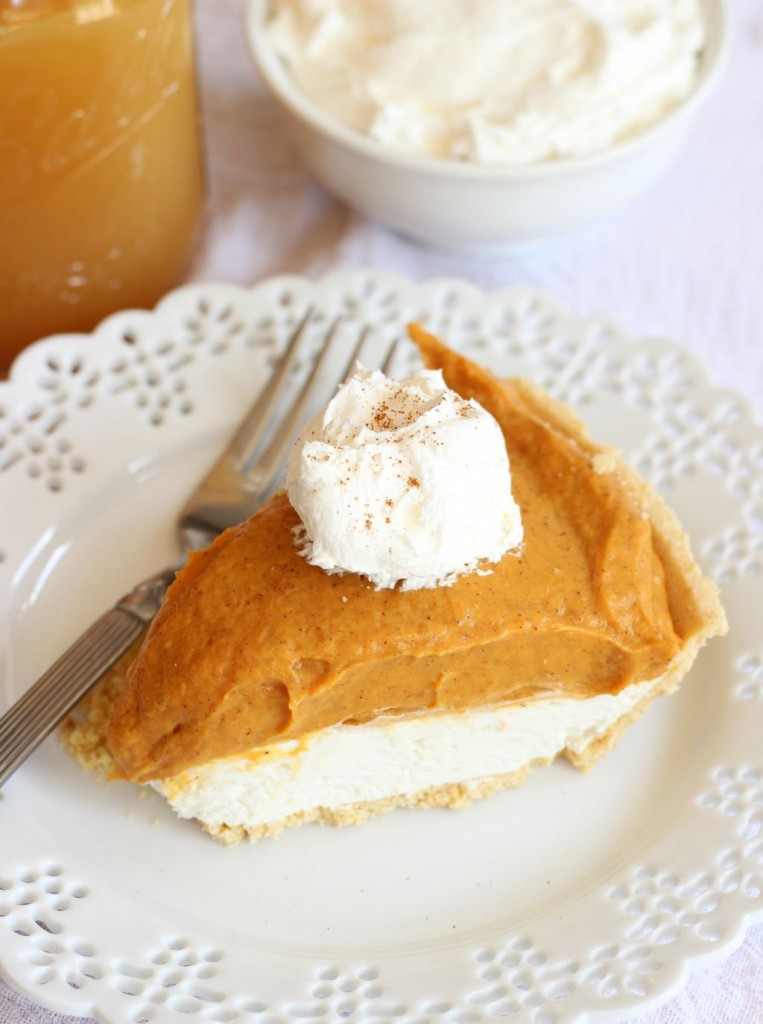 A couple of days ago, I gave you the world’s best traditional pumpkin cheesecake. The one food that keeps my domestic relationship running as smoothly as it does. Without it, who knows where S.O. and I would be? Okay, I kid. We do just fine either way, but good food doesn’t hurt. 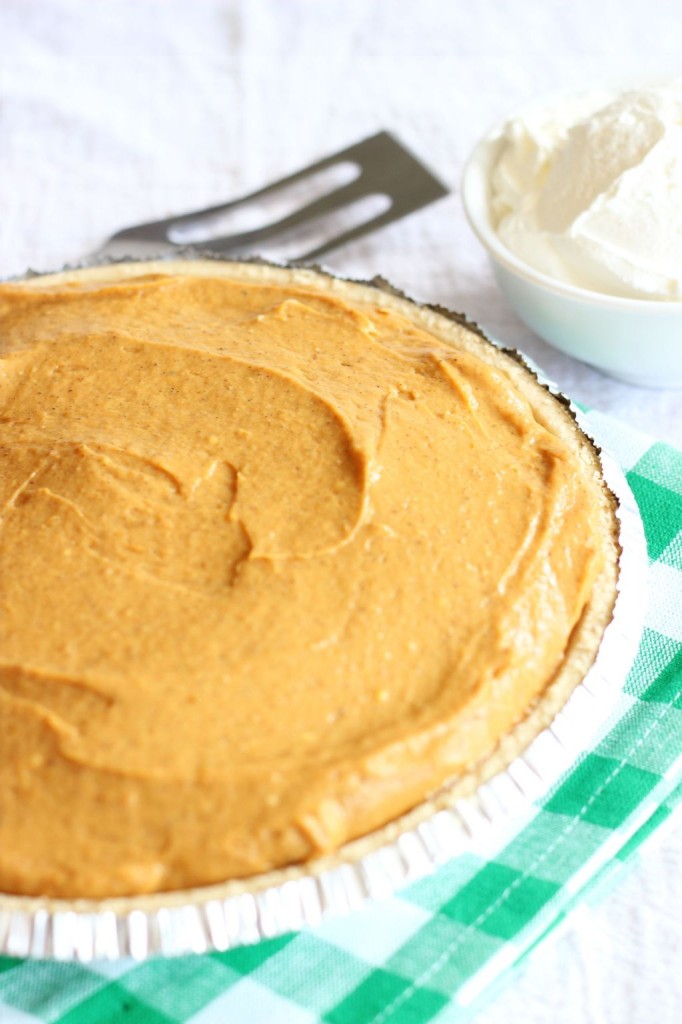 Now, the previous pumpkin cheesecake I shared is NOT hard, and it’s not a ton of work, but it does require some time. Cheesecake has to bake for so long, and cool for even longer, so if you’re in a pinch, it’s probably not the way to go.

This recipe ultimately yields a similar result, a Double Layer No Bake Pumpkin Cheesecake, but in basically 10 minutes flat.

Admittedly, this No Bake Pumpkin Cheesecake is not as ‘fancy’ or elegant as a traditional cheesecake, but it’s still super delicious. At the end of the day, what will people focus on? This is the recipe I relied on for years when I wanted a quick seasonal dessert on hand, and it’s also the recipe that inspired the more traditional version I made and shared. 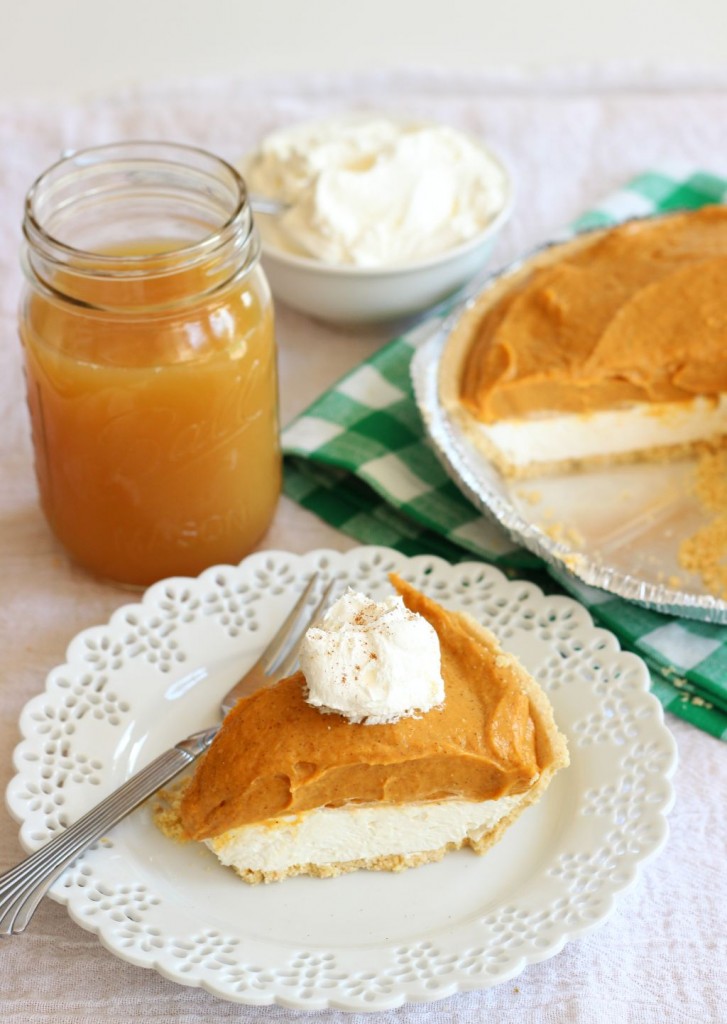 This No Bake Pumpkin Cheesecake is not my own creation – pretty sure this recipe has been floating around for decades – but it is one I keep around for good reason. (I’ve been making it so long, I didn’t know where it came from, but it’s Kraft).

It doesn’t get faster or easier than this No Bake Pumpkin Cheesecake, and it still gives you all the awesomeness that comes with combining pumpkin, spices, and cheesecake. It’s also very light, not heavy like traditional cheesecake, so it’s a good post I-stuffed-myself-silly-at-dinner option. 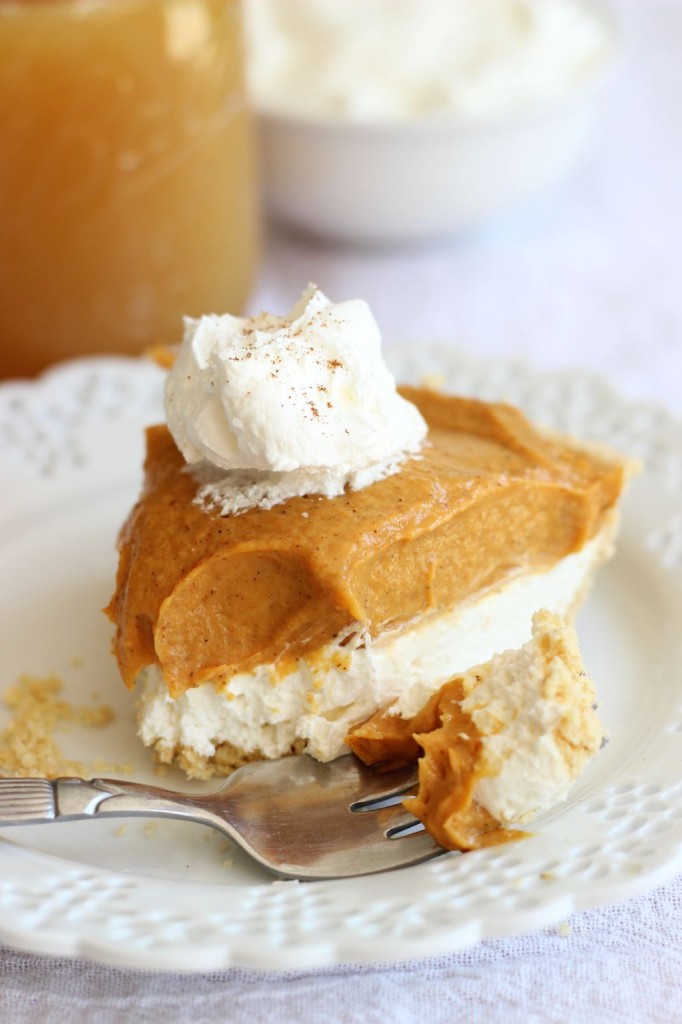 You can make this No Bake Pumpkin Cheesecake in literally 10 minutes. Maybe even 7-8 if you reeeeally focus. That’s the beauty of no bake desserts!! I’d be lost without a few of those in my repertoire! 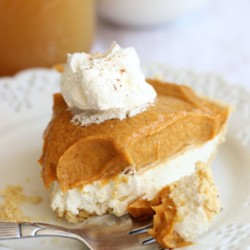 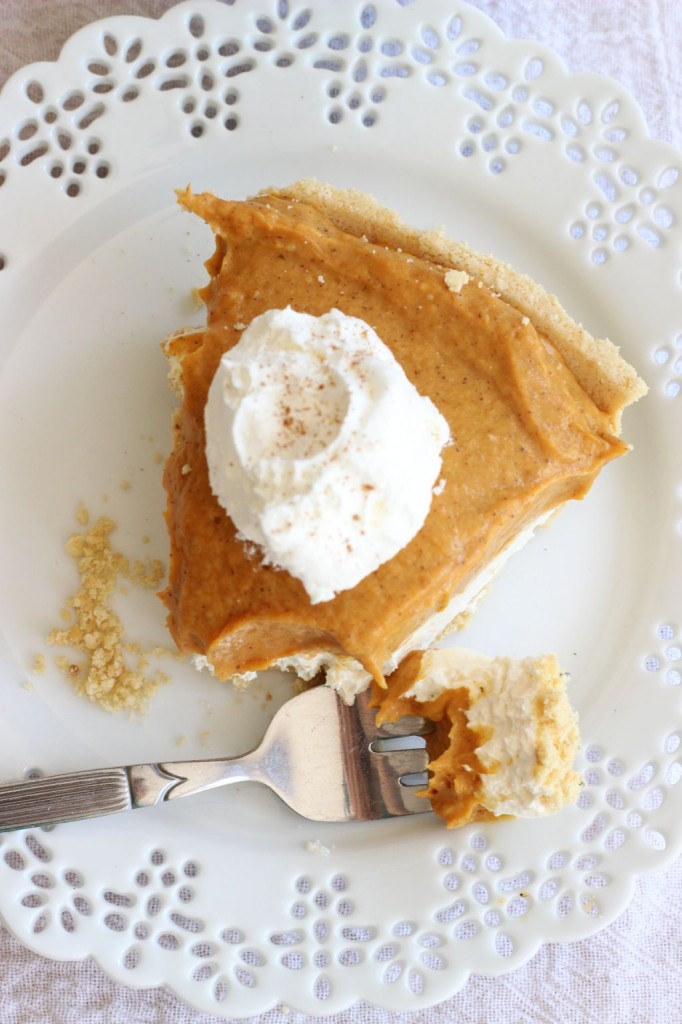 Now go whip this No Bake Pumpkin Cheesecake up in a jif!