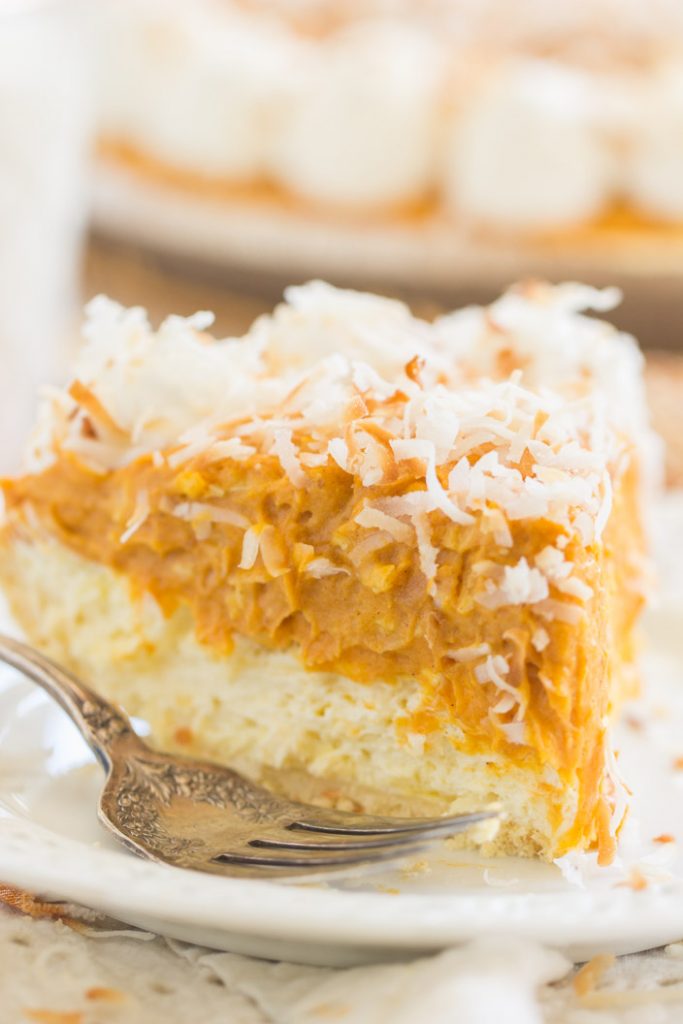 It doesn’t get much faster or easier than this No Bake Coconut Pumpkin Cheesecake, and for as simple as it is, it gives you so much awesomeness. It doesn’t sacrifice on taste at all. This recipe combines lots of pumpkin, spices, and cheesecake, plus coconut adds a new spin on a regular pumpkin cheesecake. 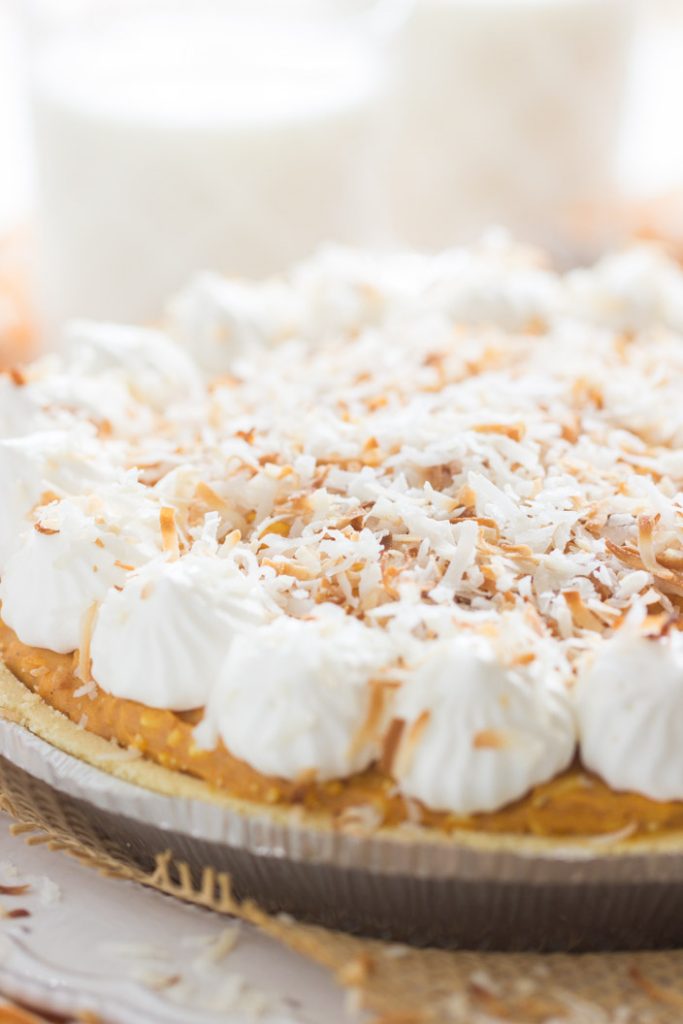 Hey, I love a regular Pumpkin Cheesecake, and it’s one of my fave desserts ever, but I really like reinventing classics with a new and different twist, and coconut provides something fresh. Pumpkin and coconut make for an unexpected, but delightful duo. You’ll love how well they go together.

This No Bake Coconut Pumpkin Cheesecake is also very light and fluffy, not heavy or overly rich, so it’s a great option for those “I-stuffed-myself-silly-at-dinner” occasions. 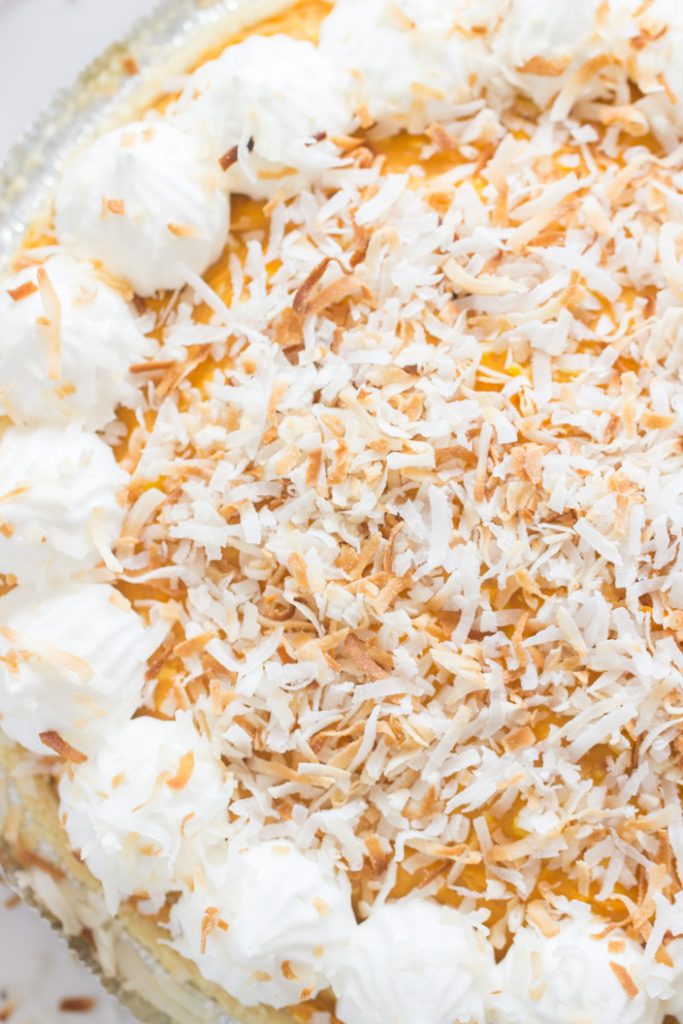 It’s a cinch to whip up. You can make this No Bake Coconut Pumpkin Cheesecake in only 15-20 minutes. Maybe even 10 if you reeeeally focus. That’s the beauty of no bake pies and desserts, they’re simple and fast. I’d be lost without a few of those in my repertoire, especially around the holidays.

The original Double Layer No Bake Pumpkin Cheesecake is a recipe that I’ve relied on for years when I want a quick seasonal dessert on hand. I love that it can be dressed up and made pretty with some fluffs of whipped cream and a sprinkling of toasted coconut. 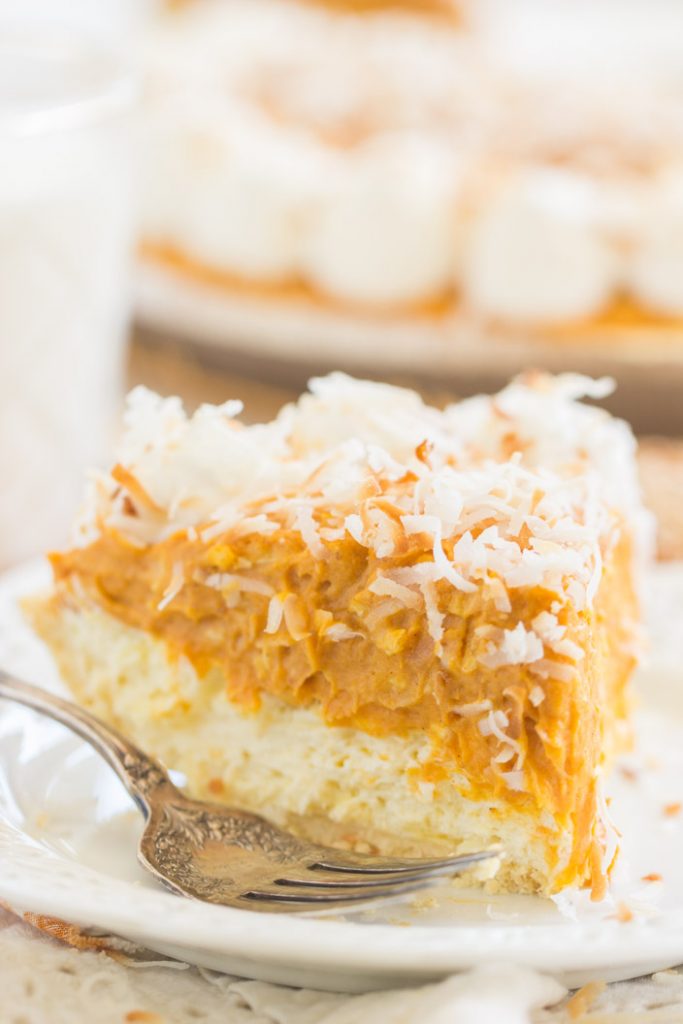 Sure, it’s not super fancy, but for such an effortless dessert, it’s still good to look at. The layered look is a nice look in this No Bake Coconut Pumpkin Cheesecake!

I’ve been making the classic version for years, and it’s a favorite to this day. That’s why it inspired today’s No Bake Coconut Pumpkin Cheesecake, as well as a few other variations. 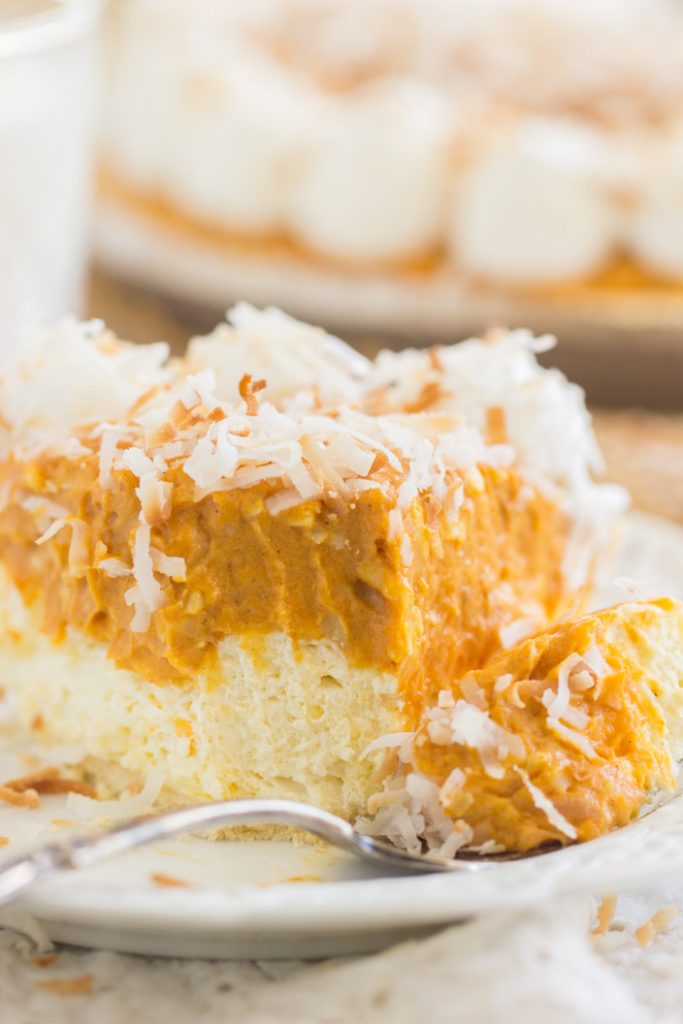 If you’re looking for quick & easy no bake desserts/pies in general, I have to mention this family favorite No Bake Peanut Butter Pie. It’s rich and creamy, but still light. We make it for most holidays! 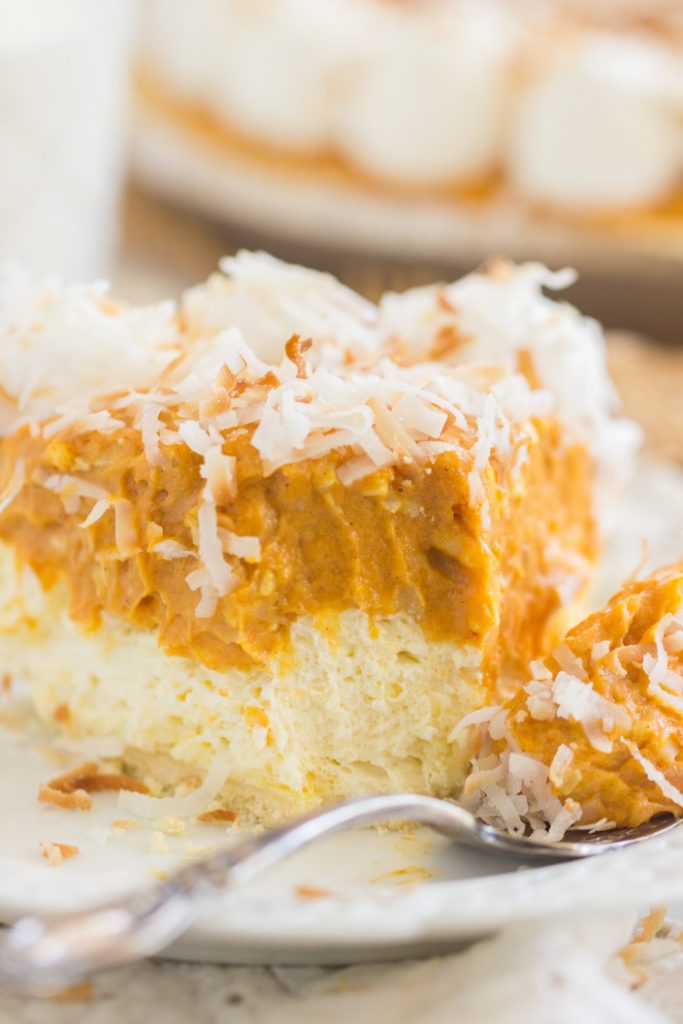 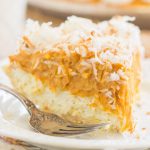 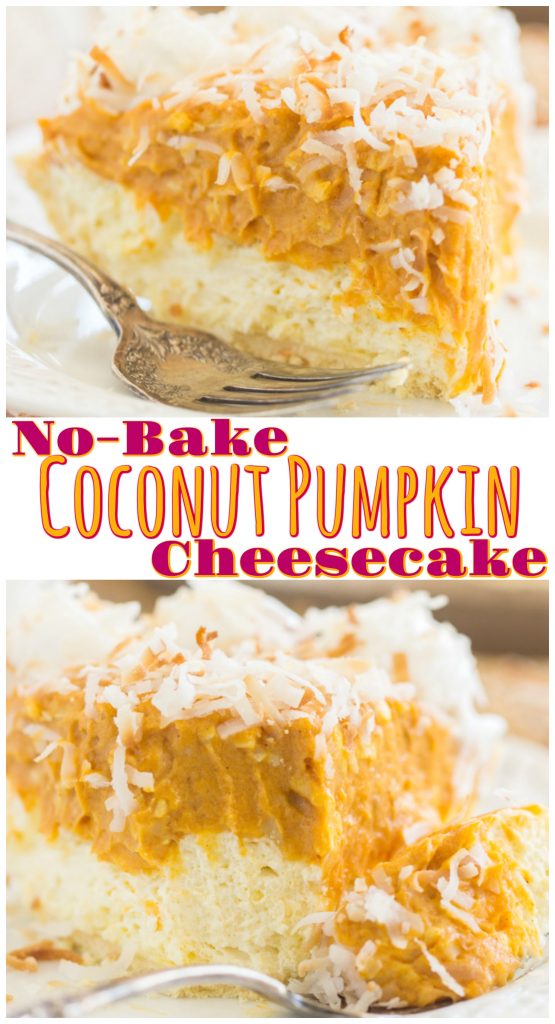