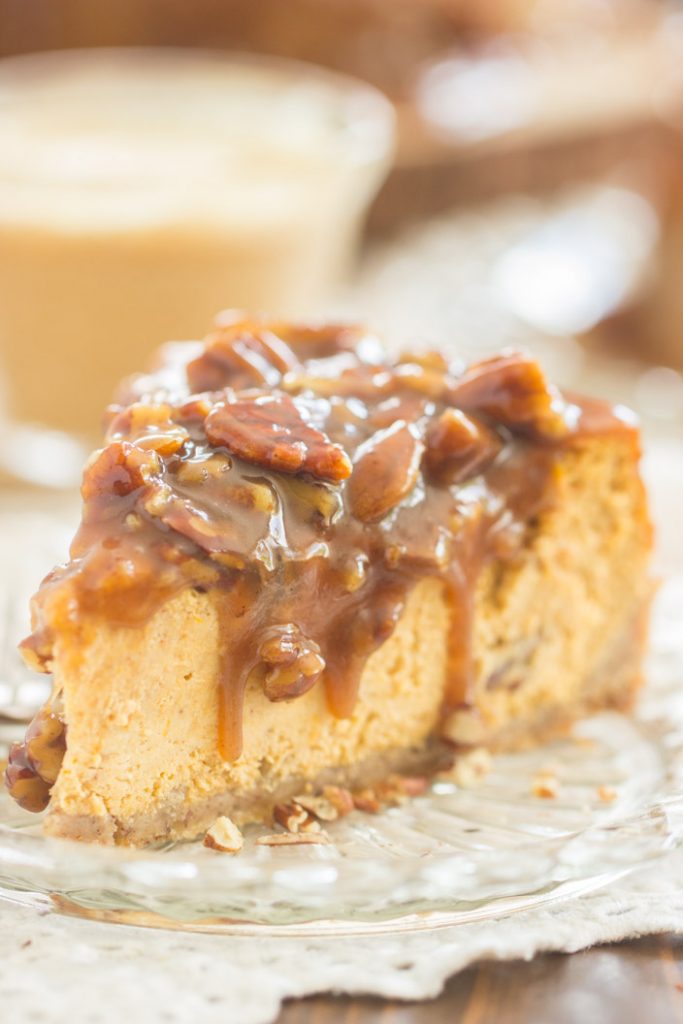 This Pecan Pie Pumpkin Cheesecake combines a few of the BEST desserts into one. Are you a cheesecake fan? I got you. Love pecan pie? You’re good too. Craving something with pumpkin? All set. Can’t decide whether to make pecan pie or a pumpkin dessert for the holidays? The best of both worlds here. Plus cheesecake.

Evvvverybody’s covered here. Unless you hate cheesecake or pumpkin or something, but then, why are you here? 🙂 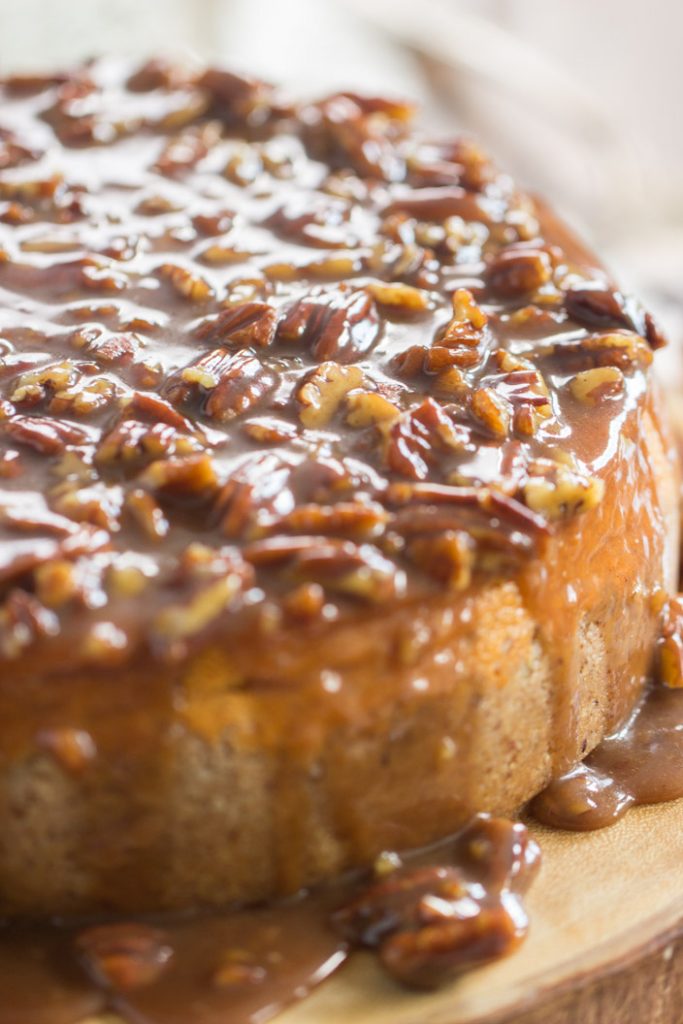 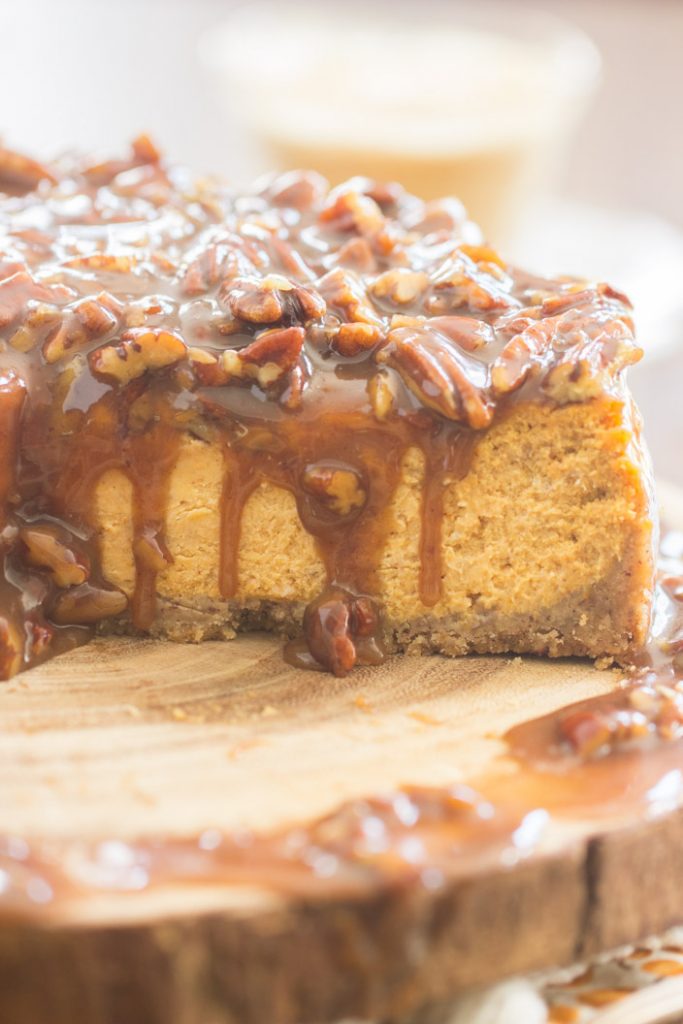 Okay, so I’ve only said it about 4,000 times, but I LOVE my basic cheesecake recipe, and I’m not changing it up anytime soon. I’ve tried other versions, and I go back to mine over and over.

I’ve used it for a million other cheesecakes. It’s creamy, rich, smooth, and silky. Not dry or crumbly. And EASY. That’s important. Simple ingredients, and quick to whip up. 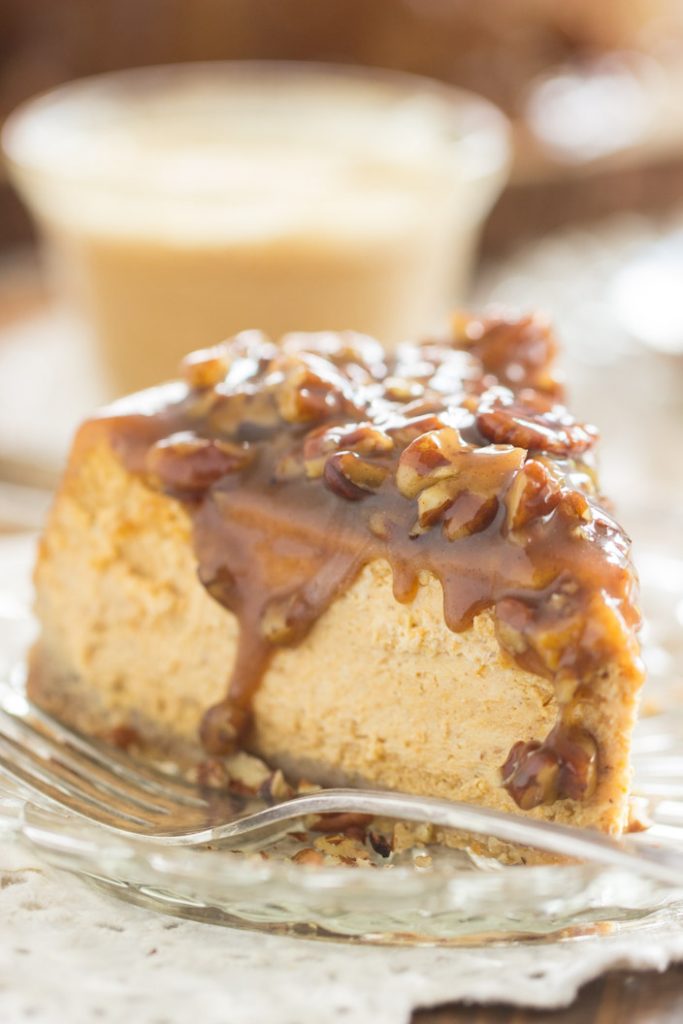 When I was brainstorming recipes for this year, I thought back to the Pecan Pie Cheesecake recipe that I made last year. That cheesecake is so divine, and was one of my favorite recipes all season. To me, the obvious next step in that cheesecake was to make it a pumpkin cheesecake. 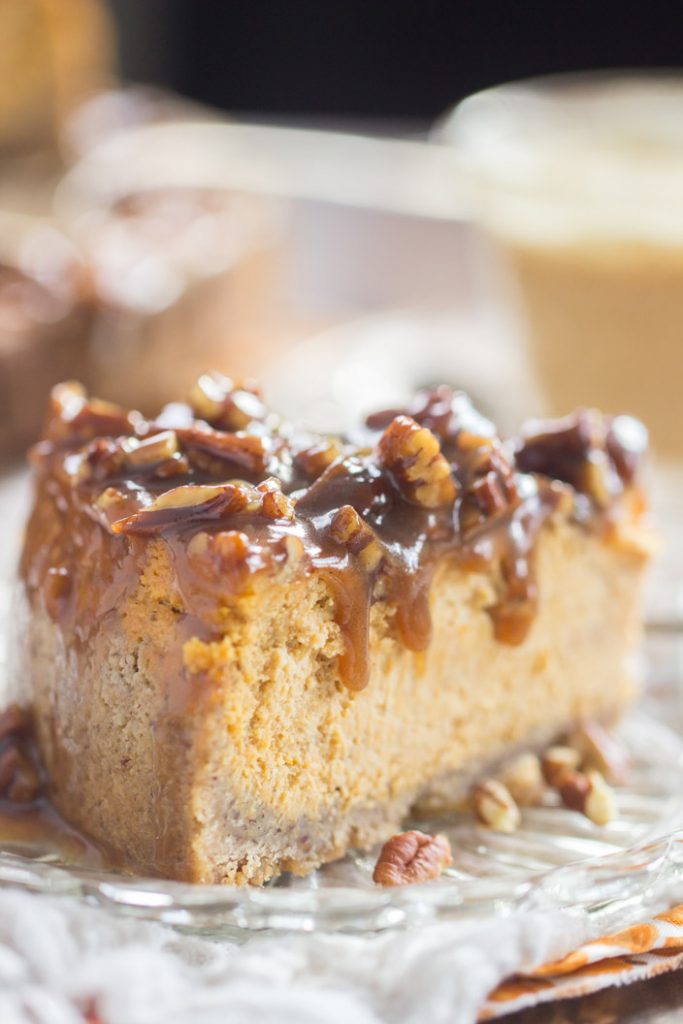 This is exactly what I did with my Apple Crisp Cheesecake. Loved it soooo much that I wanted to make it again, but with pumpkin cheesecake, so I made this Apple Crisp Pumpkin Cheesecake recipe too.

All things must be madeover with pumpkin in my life, but especially cheesecakes.

For this Pecan Pie Pumpkin Cheesecake, I started with a pecan-shortbread crust. My #1 fave crust. Buttery shortbread and toasty pecans. Perfection. The cheesecake itself is my classic pumpkin cheesecake base – thick and tall, full of pumpkin flavor, lots of spice, and very smooth and creamy. 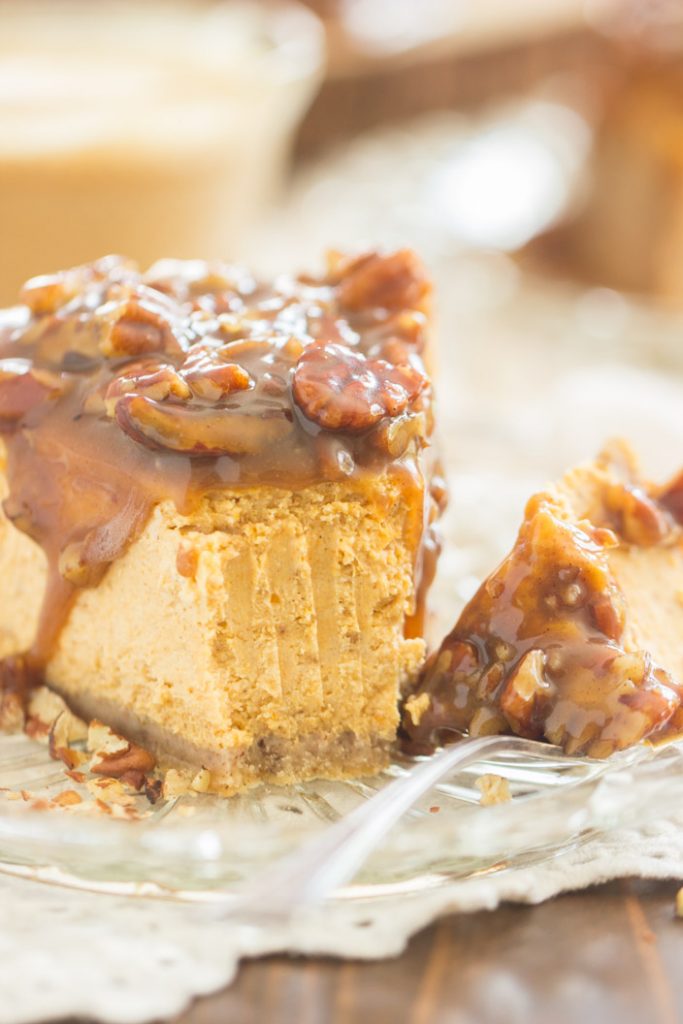 Then I made a quick pecan pie sauce, it only took about 10-15 minutes, and I draped the whole cheesecake in it. The sauce doesn’t set completely like pecan pie filling, but it’s nice and thick so it stays put on the cheesecake. It cascades down the sides just enough, but it doesn’t run off the cheesecake.

This Pecan Pie Pumpkin Cheesecake is so many delicious desserts in one. It’s rich and satisfying, and it’s the perfect way to cap off a holiday meal. Just a small sliver, but so much goodness in every bite. 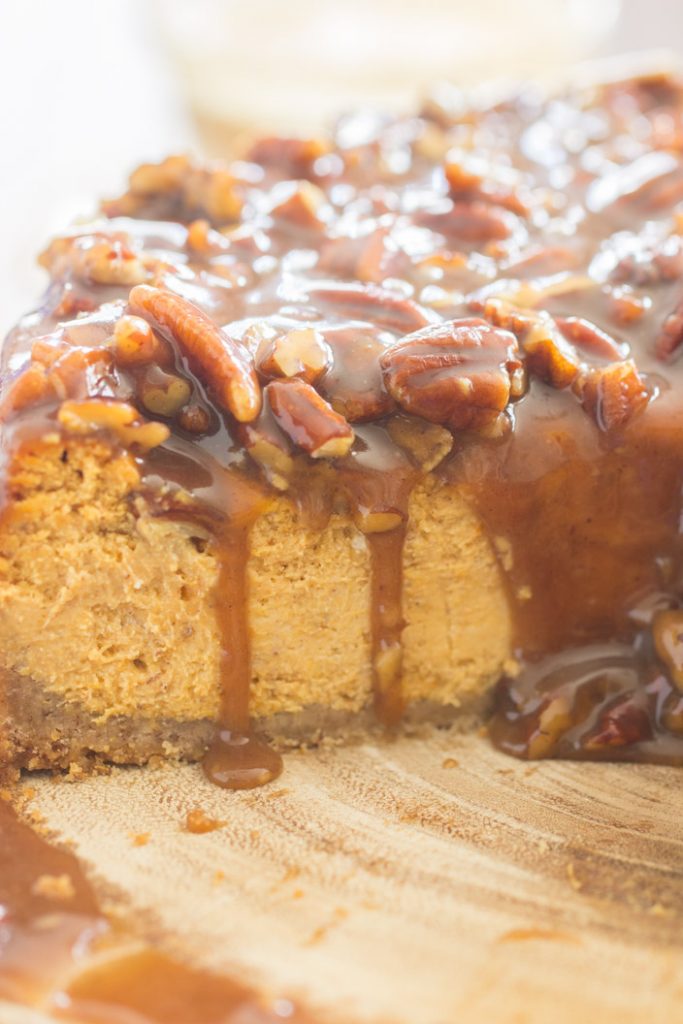 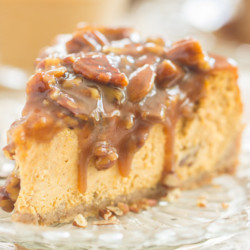 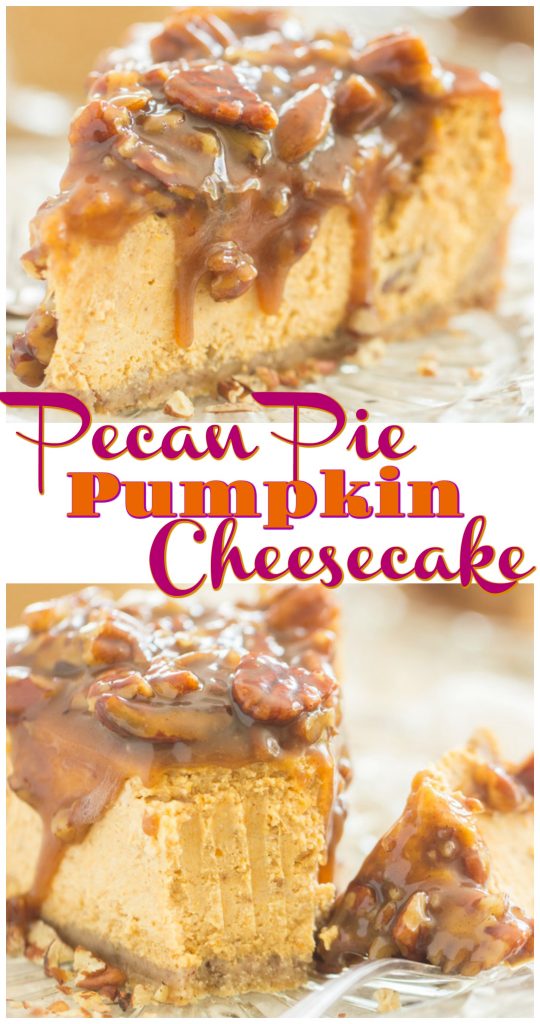 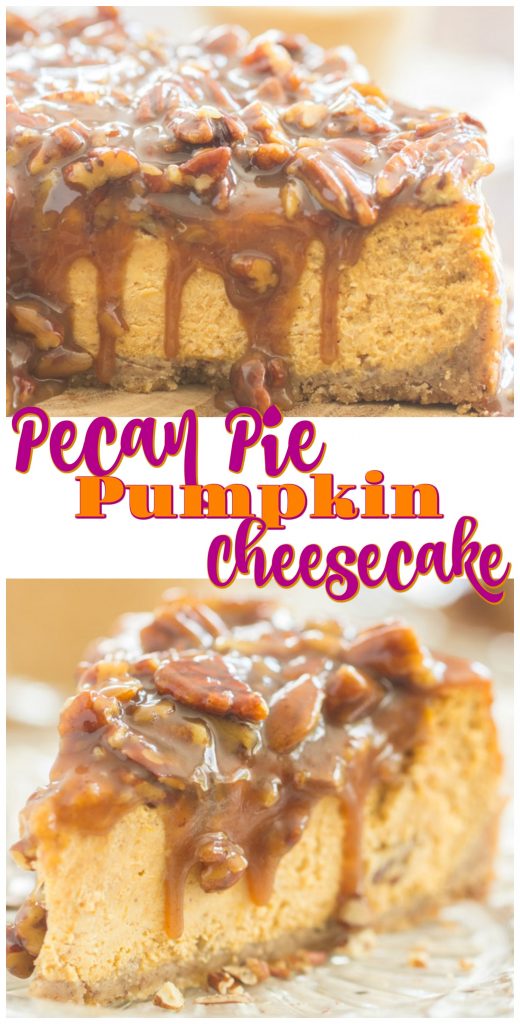