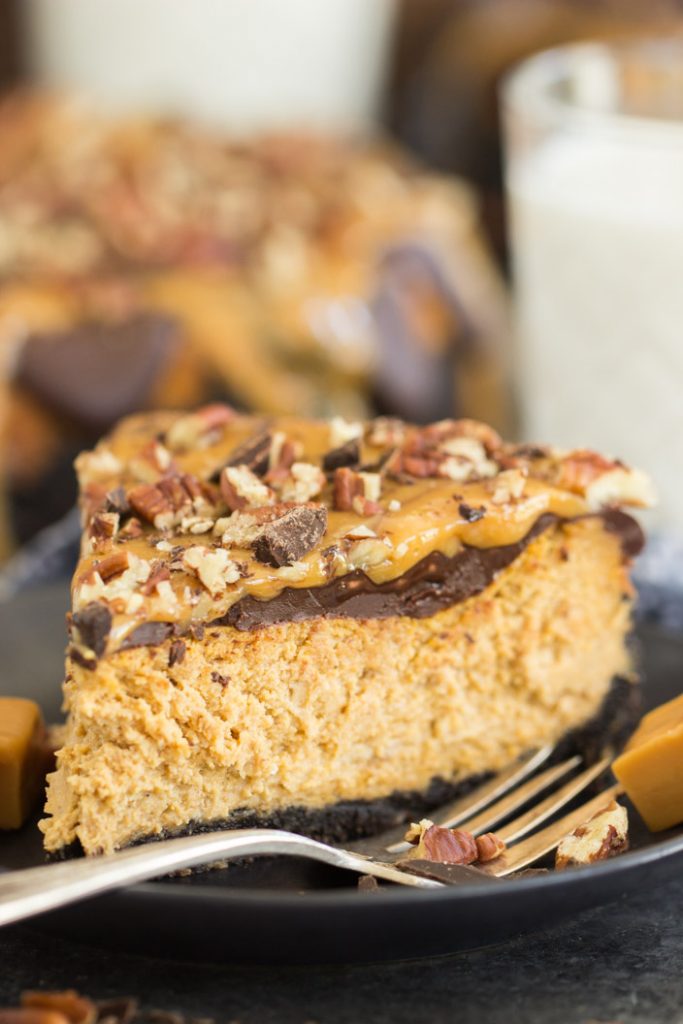 Besides a few different pumpkin cheesecake recipes, I also made several other seasonal cheesecakes too. You’ve been warned, I guess. 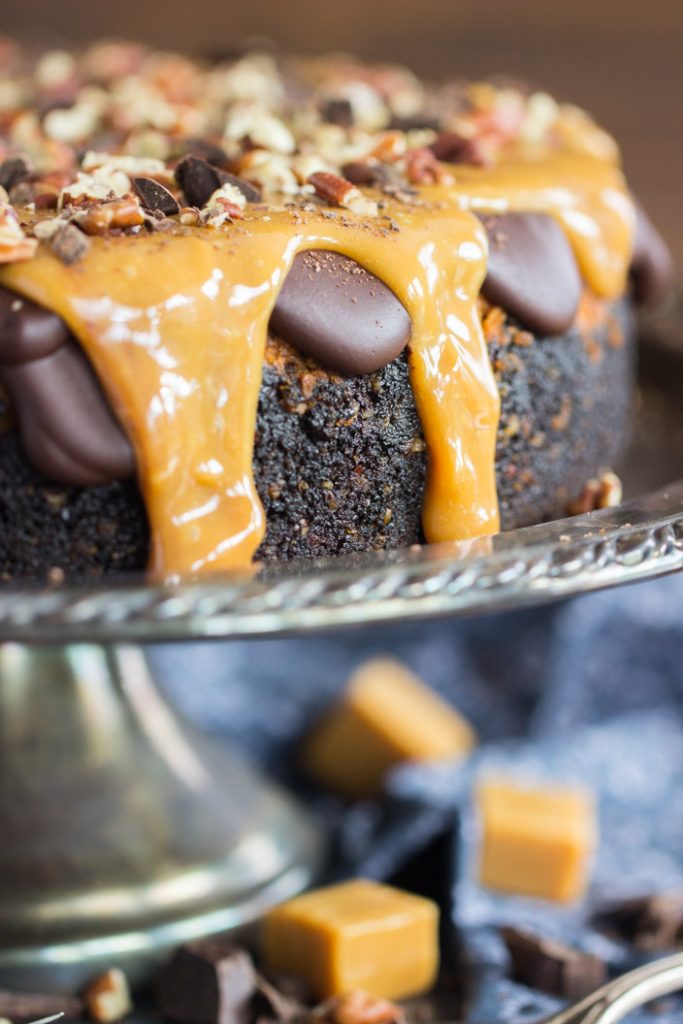 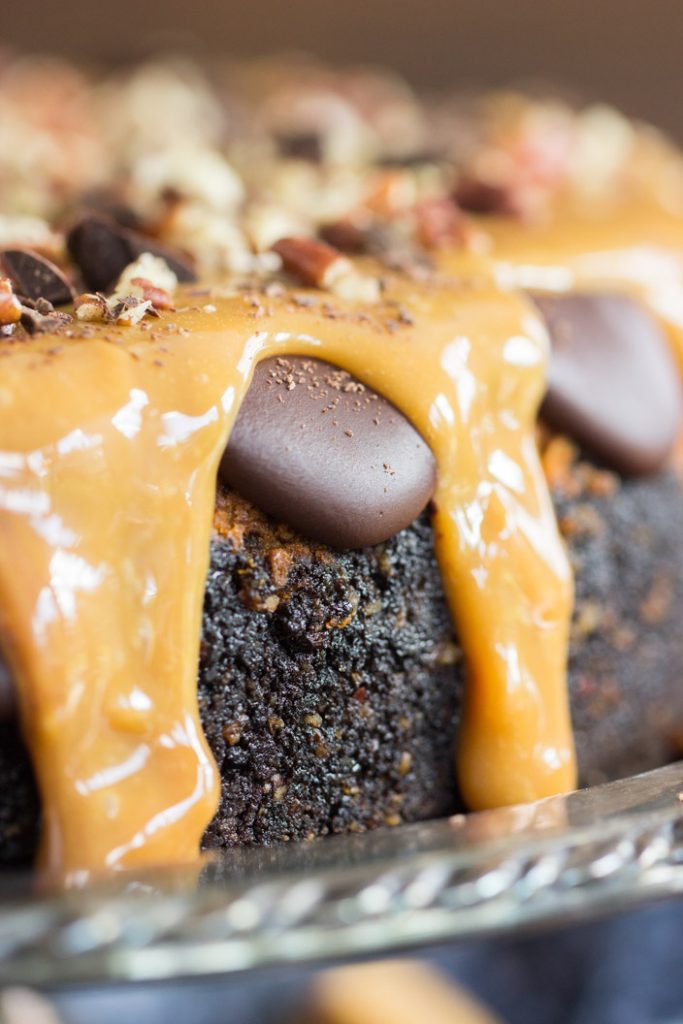 Both are layered cheesecakes, as their names might suggest, but one is a classic baked version, and the other is a quick, simple no-bake. I love them both.

I’ve been making both of those since about 2004, and I credit them not only with igniting a love for pumpkin cheesecake, but also just pumpkin in general. I think this was the same year that I discovered this awesome recipe for Pumpkin Cookies with Brown Butter Icing, and things have snowballed from there. 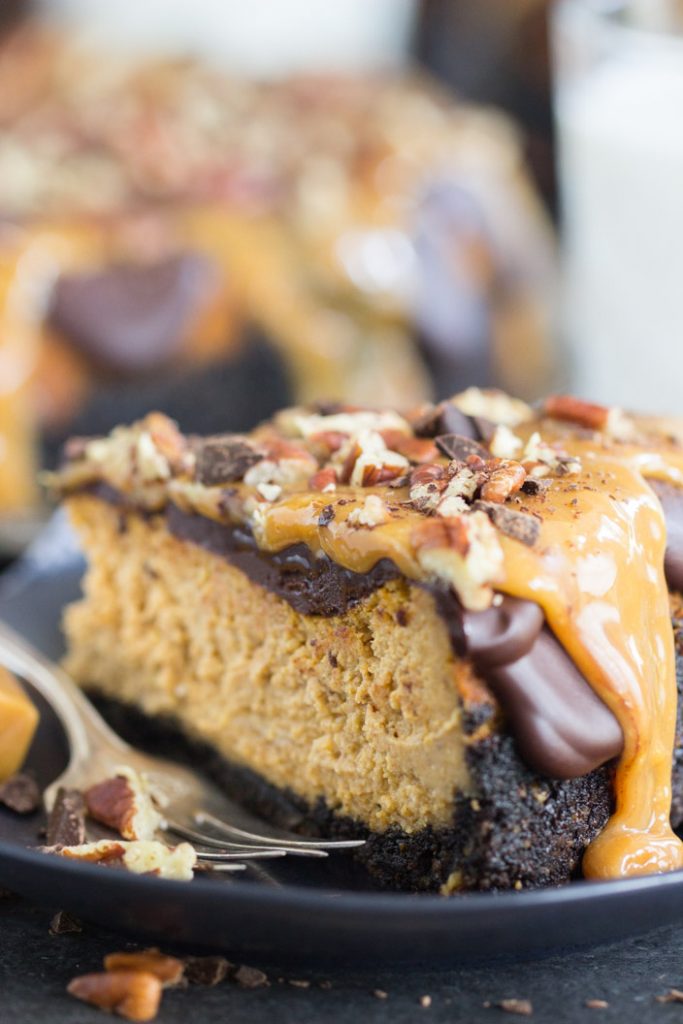 I always love figuring out different ways to put a new spin on an old favorite, and that’s how I landed on this Turtle Pumpkin Cheesecake. I thought that the trio of chocolate, caramel, and pecans would be a fantastic way to give pizzazz to pumpkin cheesecake.

And it is! A Turtle Pumpkin Cheesecake was definitely an excellent next step in revamping a standard pumpkin cheesecake.

This Turtle Pumpkin Cheesecake starts with an Oreo cookie crust to give it a boost of chocolate at the outset. I also threw in a handful of pecans. I wanted to incorporate the turtle theme from top to bottom, and a chocolate-pecan crust was a perfect start. 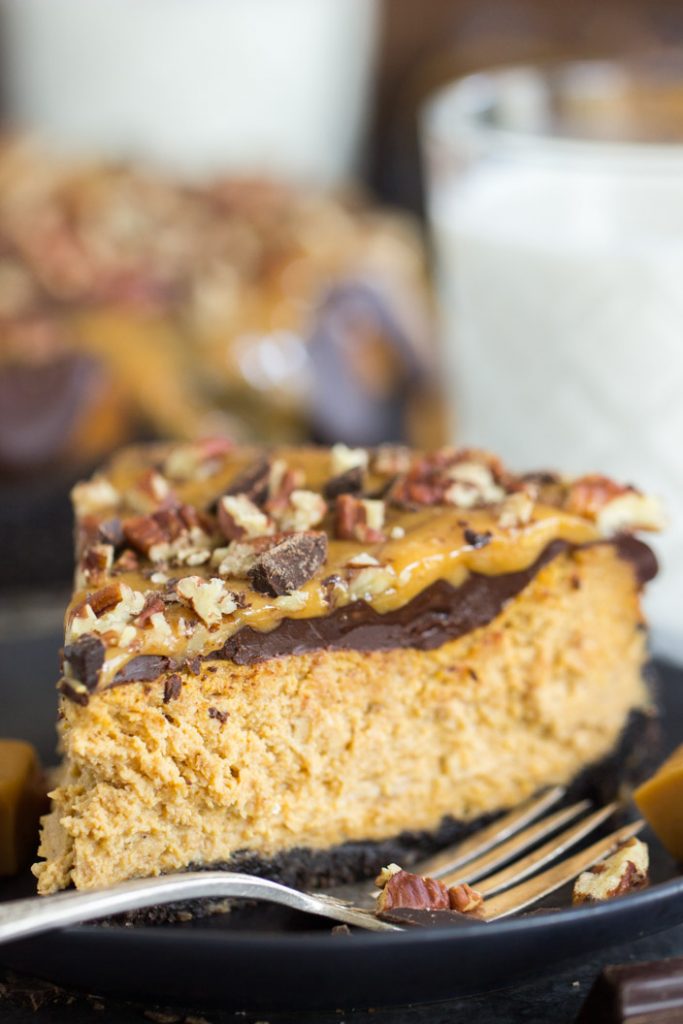 To top it off, I drenched this cheesecake in a layer of silky semi-sweet chocolate ganache, a heap of melted caramels, and a scattering of toasted pecans. 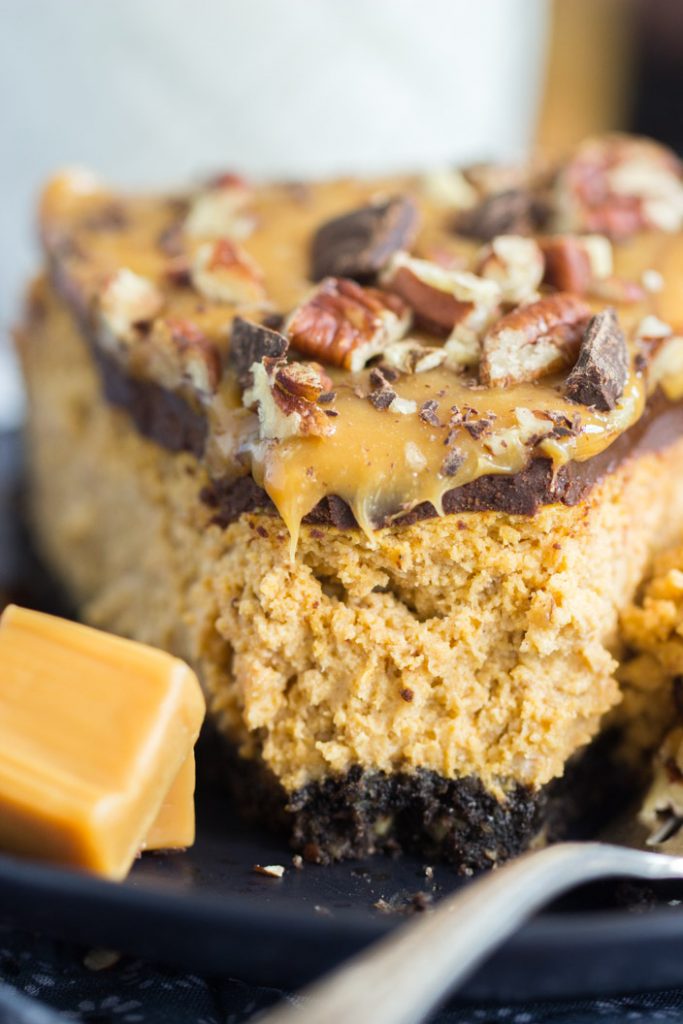 Turtle desserts are already delightful on their own, as is a pumpkin cheesecake, but you’ll be even more blown away by putting the two together in this Turtle Pumpkin Cheesecake! 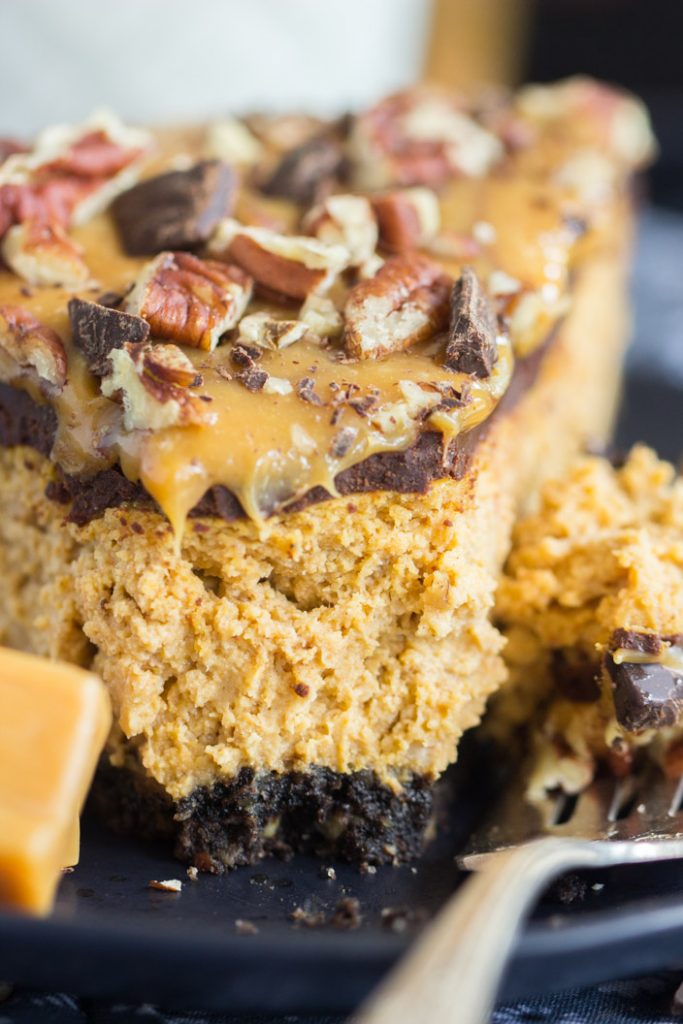 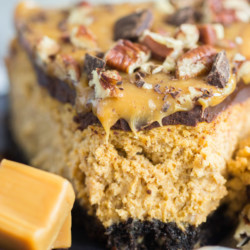 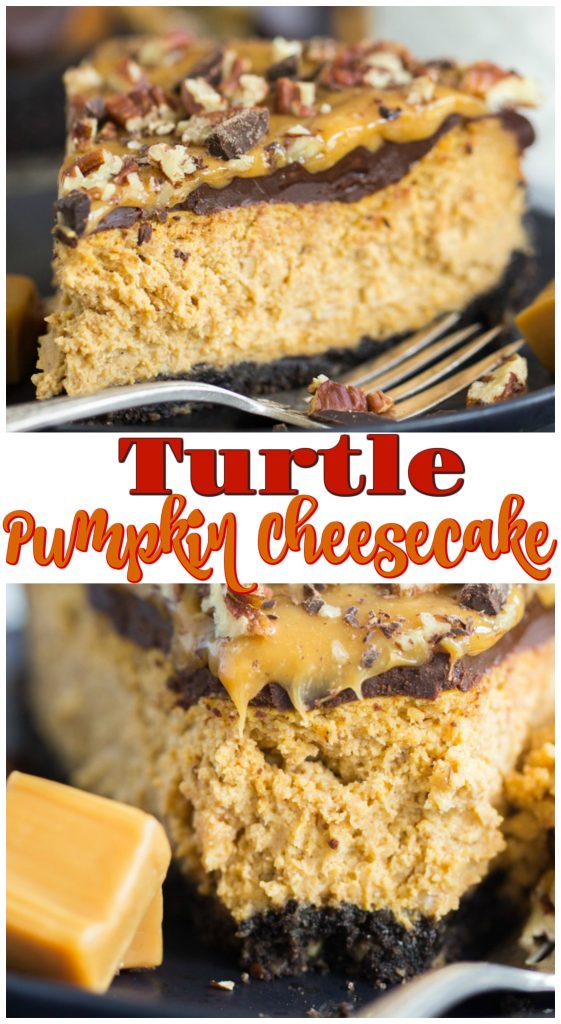