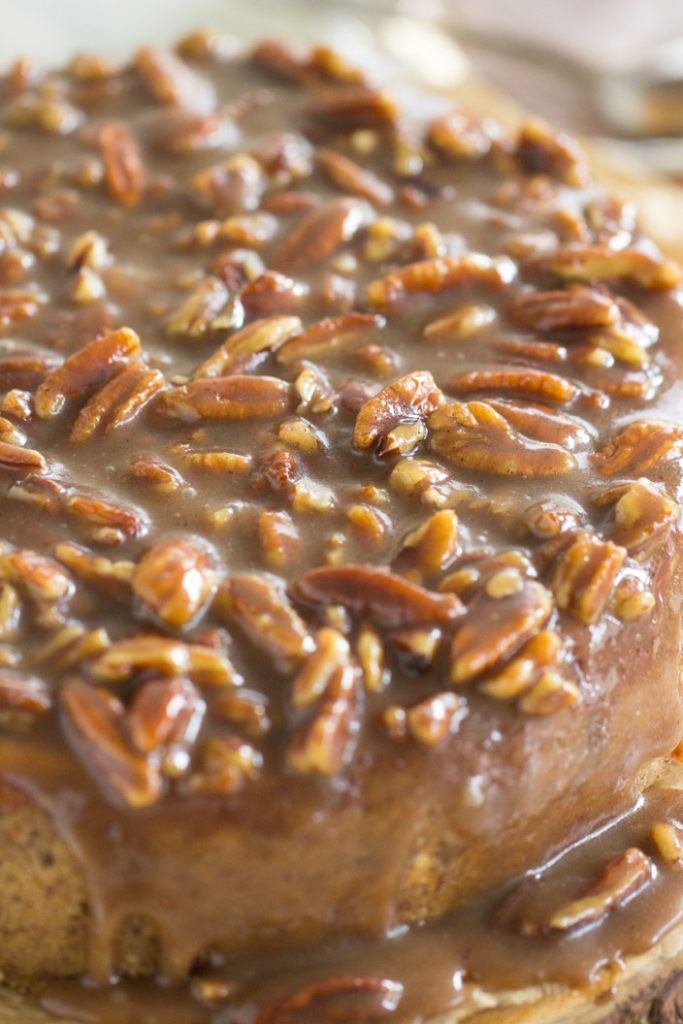 DO I EVER HAVE A CHEESECAKE FOR YOU!!! Yes, shouting necessary! It’s too exciting not to be obnoxious with all capital letters. Need the capitals.

This Pecan Pie Cheesecake recipe is two of the BEST kinds of desserts, mashed into one. Are you a cheesecake fan? I got you. LOVE pecan pie? You’re good too. The best elements of both those desserts. 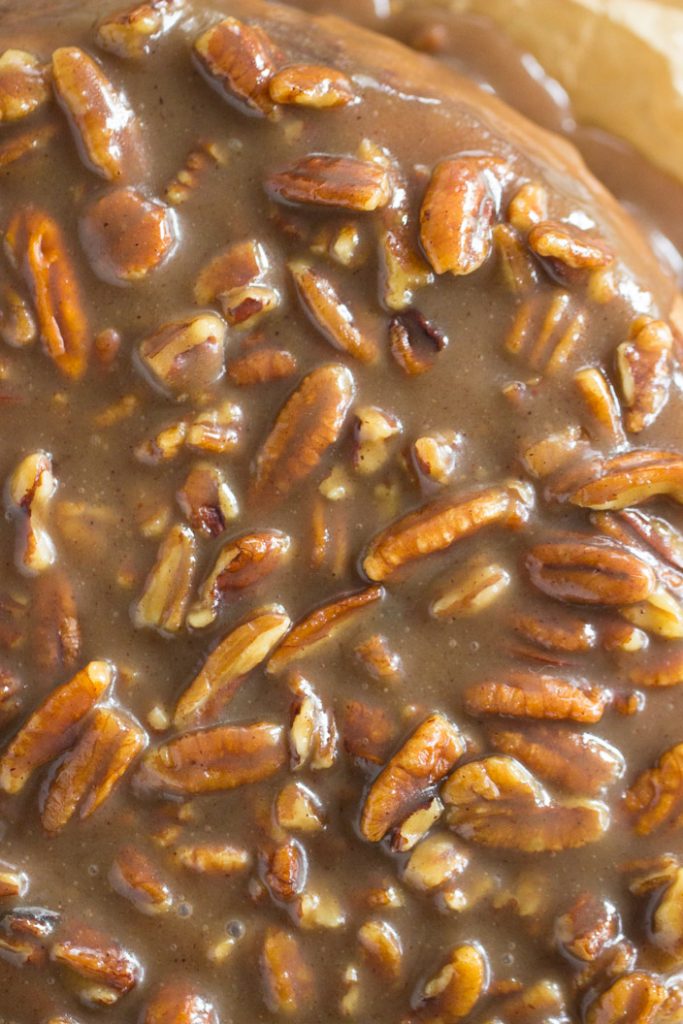 We’ll still make pumpkin stuff, of course, can’t leave out a pumpkin dessert, but this Pecan Pie Cheesecake is going to make an appearance too.

It’s actually been a minute since I’ve gotten up a cheesecake recipe, but I have a few good ones teed up to share, and then I just came home from an epic grocery trip where I picked up a dozen packages of cream cheese for a few more coming up. It might not even be enough.

We’re going to have a cheesecake bonanza around here soon. I hope you’re ready. 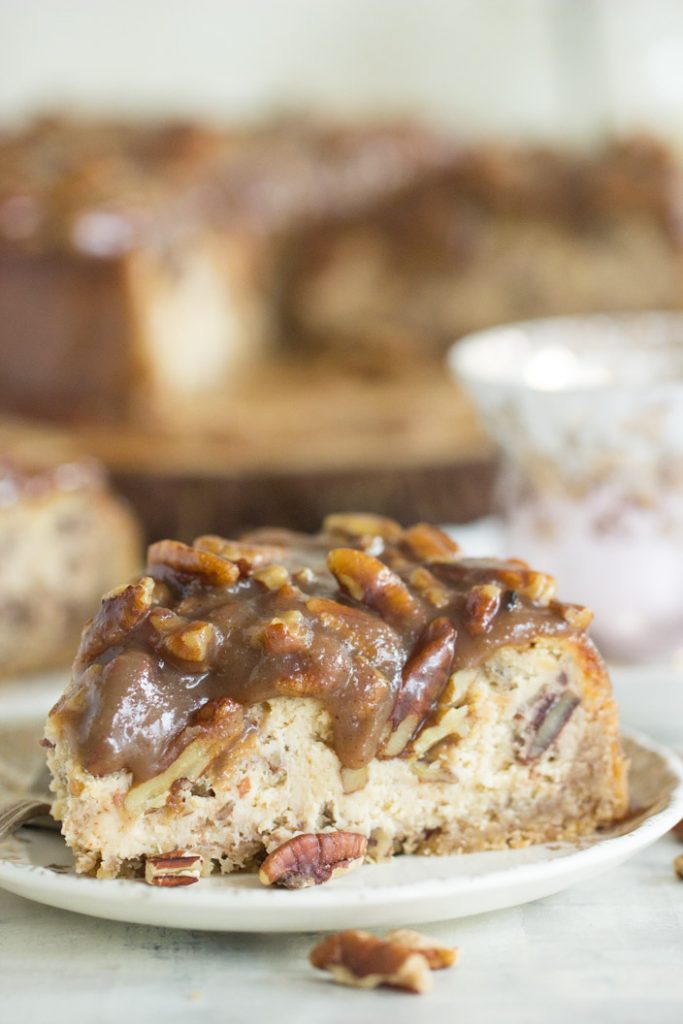 On a side note, I really don’t care for grocery shopping. Has anyone ever tried one of those delivery services? I procrastinated going to the grocery store, and by the time I went, I needed so much stuff that I was at Publix for over an hour, and then I had to stop at Sam’s Club and Target too, and it was almost the entirety of my evening… not including unloading the car, unpacking the groceries, and putting them away.

All in all, like 4 hours disappeared. Am I just inefficient? Running a dessert blog doesn’t ease things! I feel like I’m always at the store for something I forgot, or I’m always reorganizing my pantry to figure out how to cram more cans of pumpkin in there.

Okay, so I’ve only said it about 4,000 times, but I LOVE my basic cheesecake recipe, and I’m not changing it up anytime soon. I’ve tried other versions, and I go back to mine again and again. 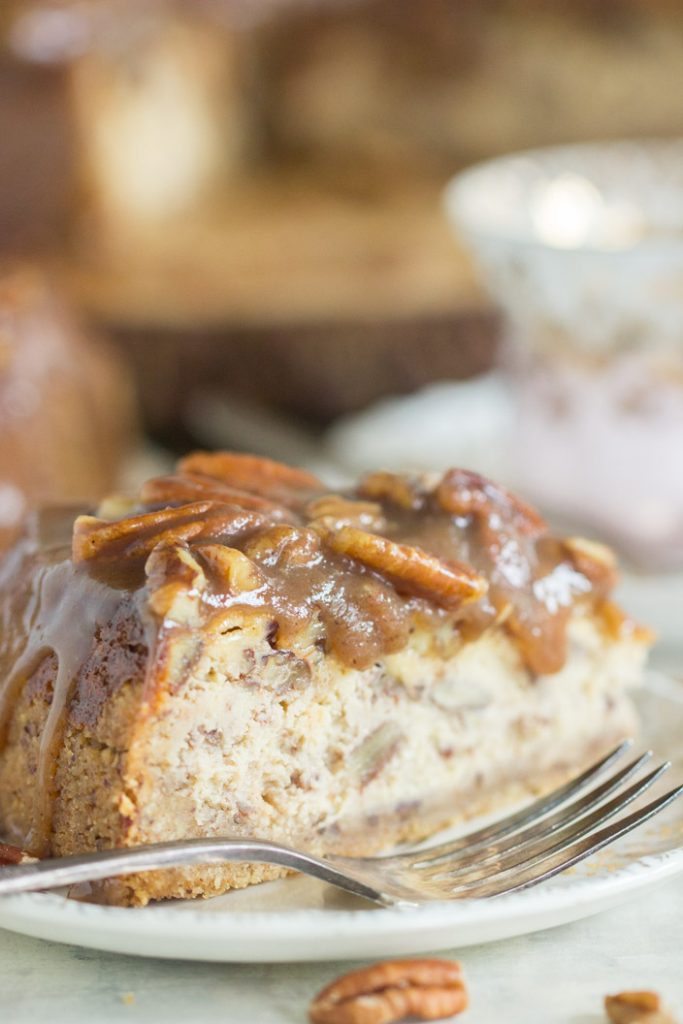 I’ve used it for a million other cheesecakes, and it’s perfect. Creamy, rich, smooth, and silky. And EASY. That’s important. I’ve adapted my cheesecake base for this Caramel Apple Crisp Cheesecake, White Chocolate Pumpkin Cheesecake with Gingersnap Crust, Mocha Cheesecake, Maple Nut Cheesecake with Walnut Crust, Honey Pecan Cheesecake with Pecan Shortbread Crust, and about a dozen others, but those are the autumn-ish ones.

For this Pecan Pie Cheesecake recipe, I made my fave cheesecake batter, but with brown sugar since that enhanced this pecan pie theme! 😉 I added pecans to the batter, and baked it over a pecan-shortbread crust. Then I made a quick pecan pie sauce, it only took about 10-15 minutes, and draped the whole cheesecake in it. The sauce doesn’t set quite like pecan pie filling, but it’s nice and thick so it stays put on the cheesecake. 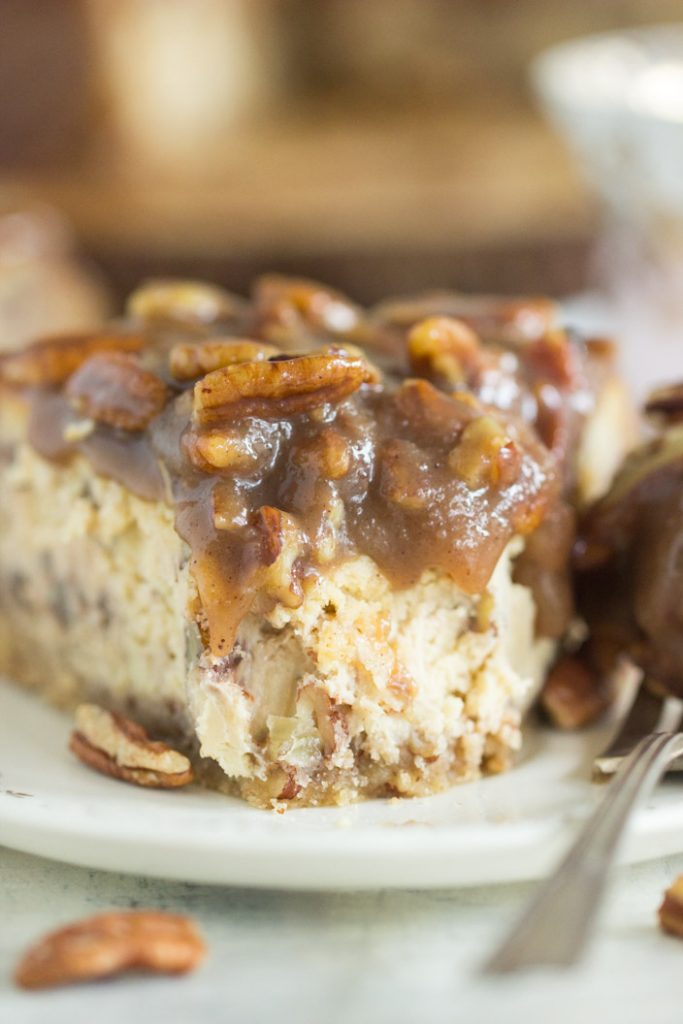 This dessert is soooo good, and if you love cheesecake and pecan pie, you’ve got to try this recipe! 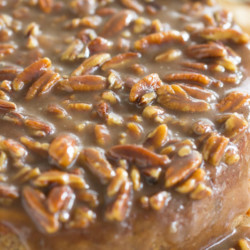 Sarah
A pecan cheesecake, over a pecan-shortbread crust, with a quick pecan pie sauce on top! This Pecan Pie Cheesecake recipe does not scrimp on pecan pie goodness! It's no slouch as far as creamy, rich cheesecakes go either! You'll love this Pecan Pie Cheesecake recipe for getting the most out of autumn.
5 from 4 votes
Print Recipe Pin Recipe
Prep Time 40 mins
Cook Time 1 hr 10 mins
Chill time 2 hrs
Total Time 1 hr 30 mins
Course Cheesecake
Servings 12 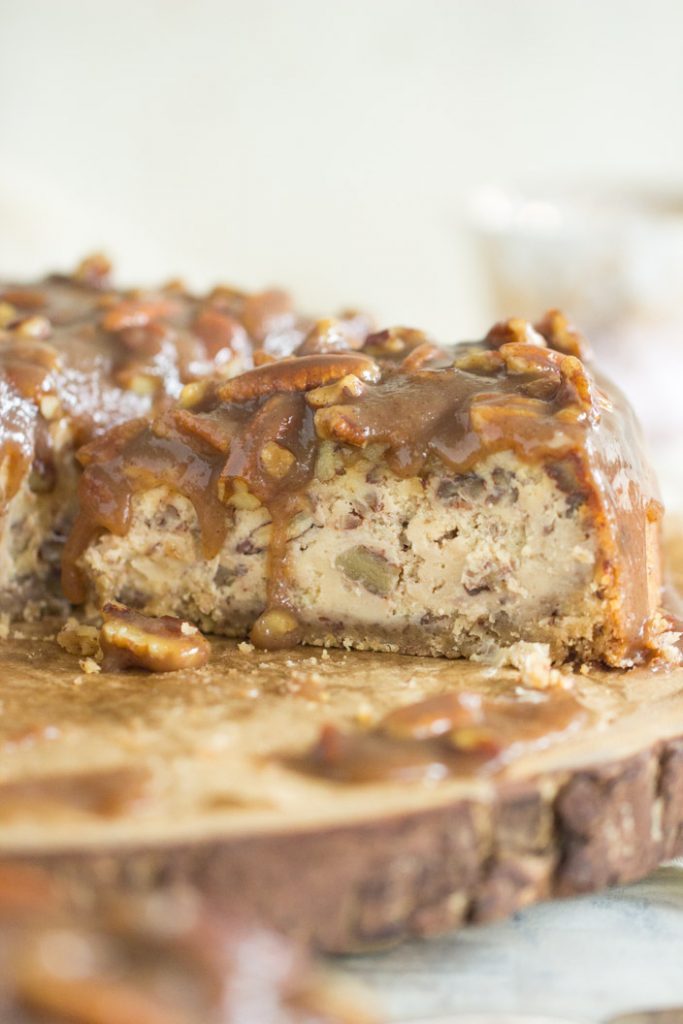