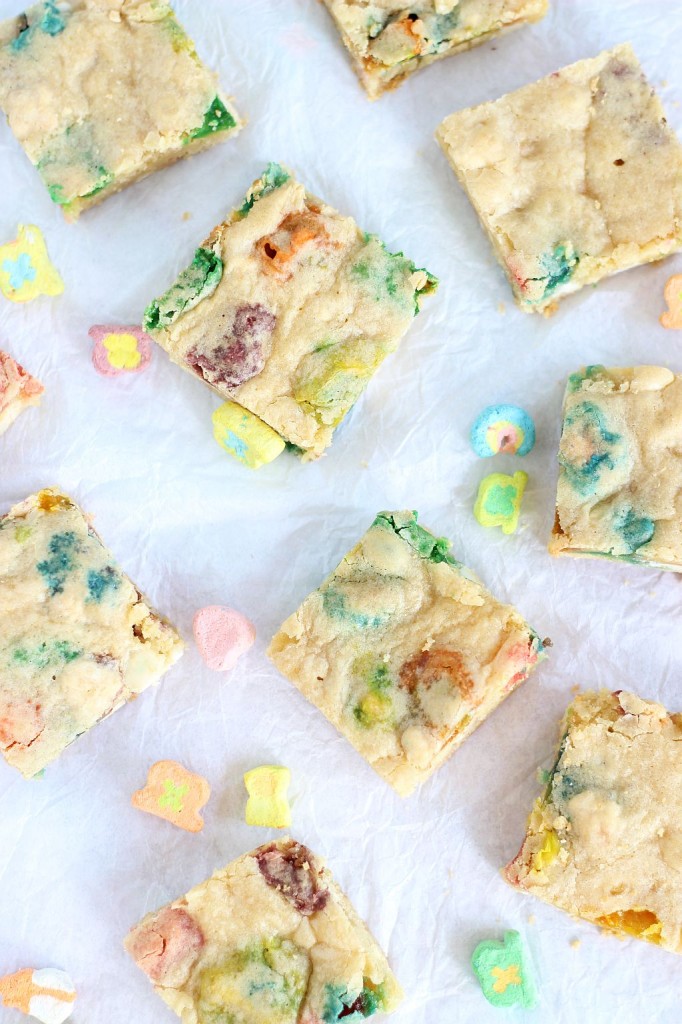 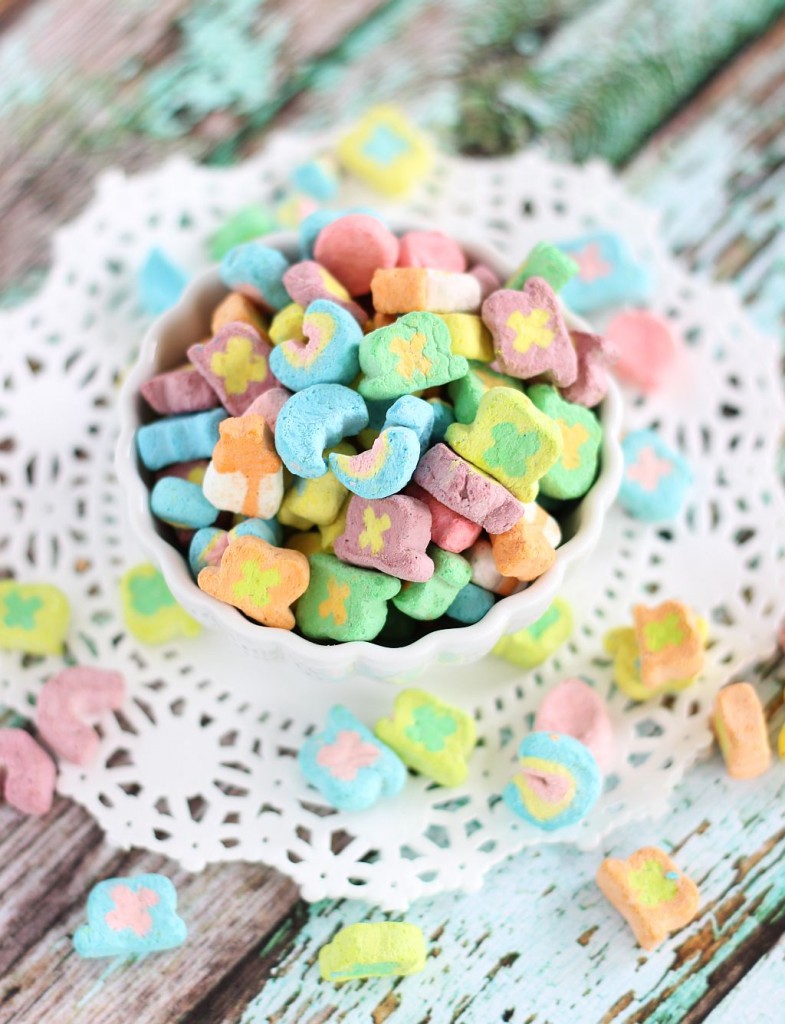 But we still have these White Chocolate Lucky Charms Blondies!! For now, that will have to be good enough. Next year I will get my act together with St. Patty’s Day. I found this holiday super challenging to bake for, which is sad, since it’s all about alcohol basically. I should know what to do with Jameson and Guinness, and in my 20s, I would’ve, but now that I’m old and I’ve traded liquor and beer for wine, I just couldn’t come up with inspiring ideas!

Except for Bailey’s… it’s not difficult to find that stuff inspiring. 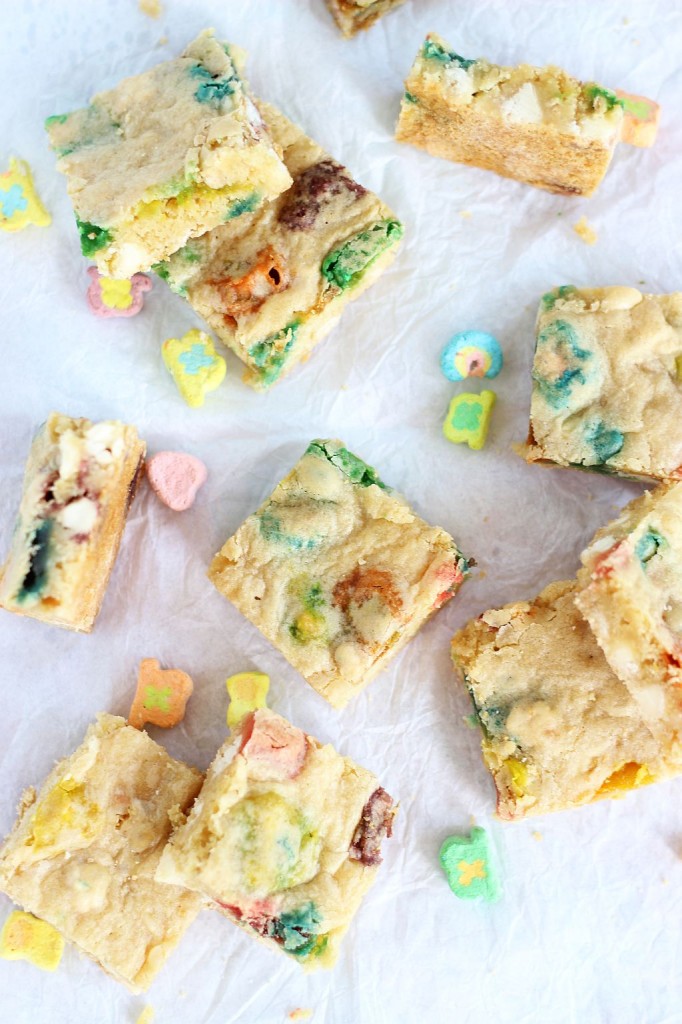 If you need a last minute recipe for St. Patty’s day, I’ve got you covered. These White Chocolate Lucky Charms Blondies are simple and quick. White chocolate and marshmallow flavors in a blondie bar? They’re a sweet-tooth’s dream. You do need to dedicate about 4 minutes to sifting through an entire box of Lucky Charms to get at just the marshmallows, but other than that, prep time and bake time are pretty snappy. 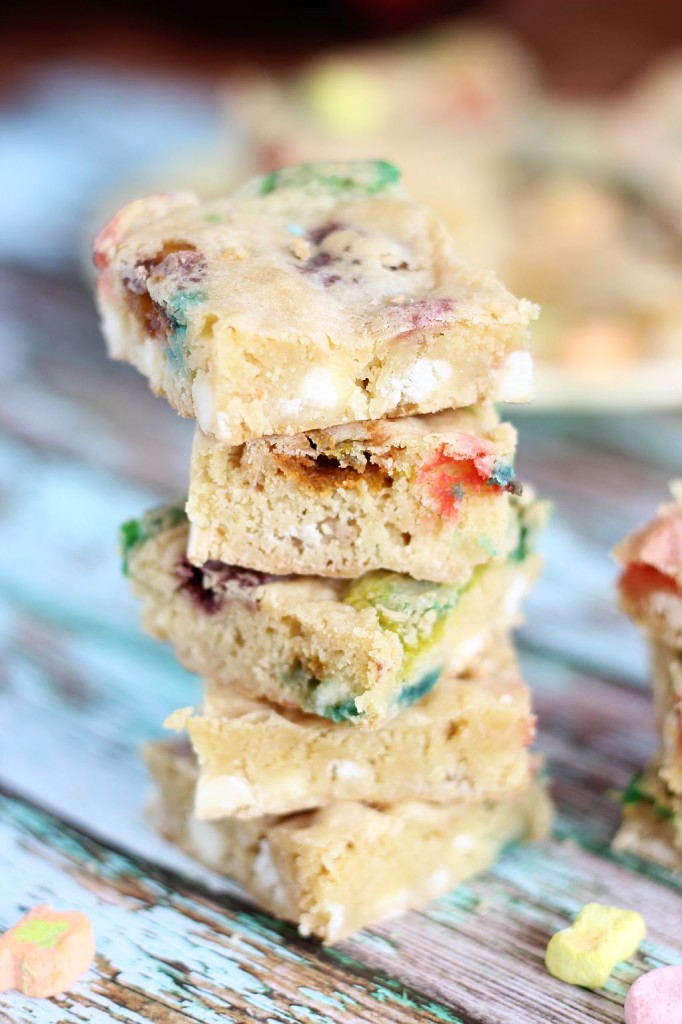 These bars use a long-time favorite recipe of mine as a base, and I just substituted the heck out of it. I made them 3x to make sure that the substitutions all worked out, so I currently have 3 boxes of Lucky Charms cereal minus the marshmallows. Like, what’s the point? What is that cereal even good for without the marshmallows? What should I do with it all? Maybe I’ll throw it out in the yard for the birds… 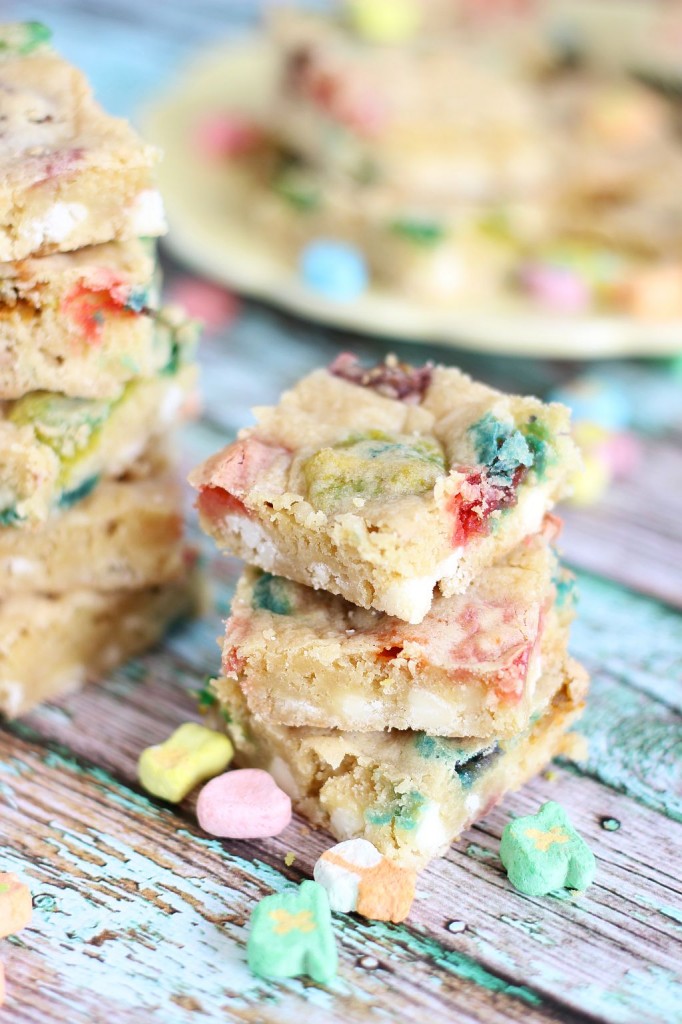 The batter for these blondies has white chocolate melted right into it, and is mixed up with plenty of butter and brown sugar. Rich, caramel-y, super chewy blondies. Throw in more white chocolate and a boatload of Lucky Charms marshmallows, and these scream St. Patrick’s Day. They also scream sugar rush.

They’re also very colorful. Interestingly colorful. Turns out that Lucky Charms marshmallows don’t bake out to be the prettiest things in all the land. That’s okay. They taste grand, and are fun and festive. I think kids would especially get a kick out of them. For the adults, bring this or this to your St. Patty’s celebrations. Or both. 😉 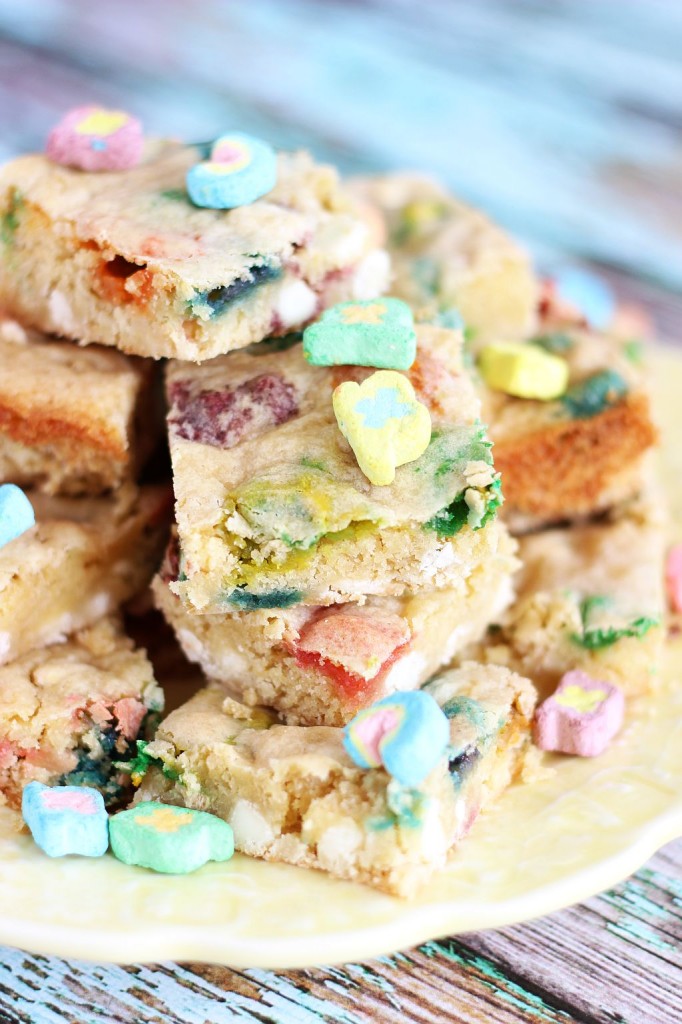 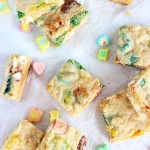 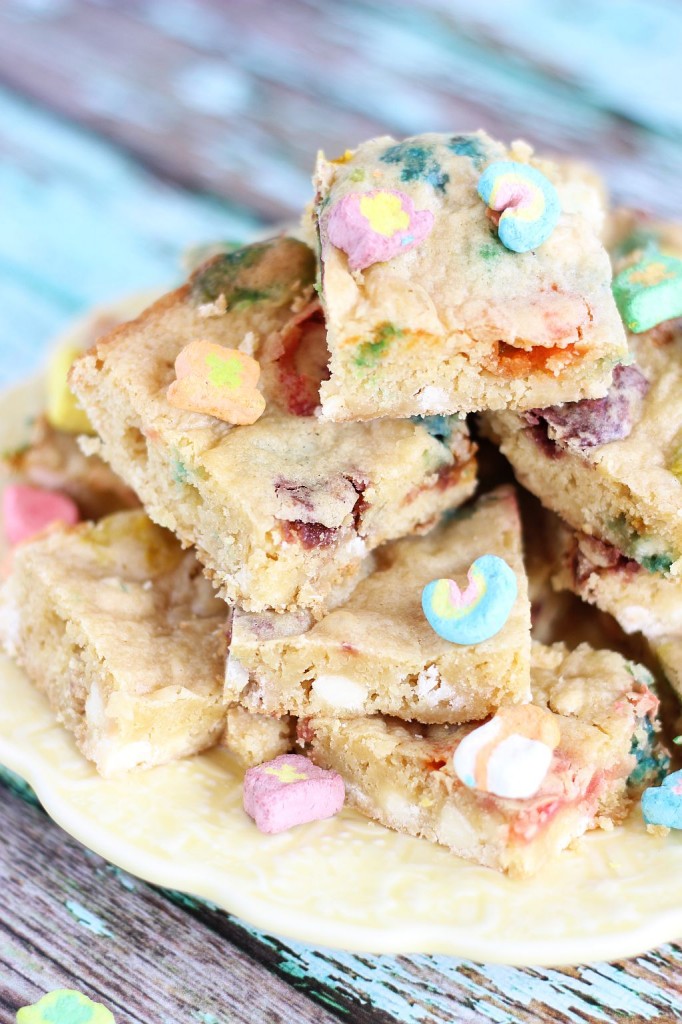