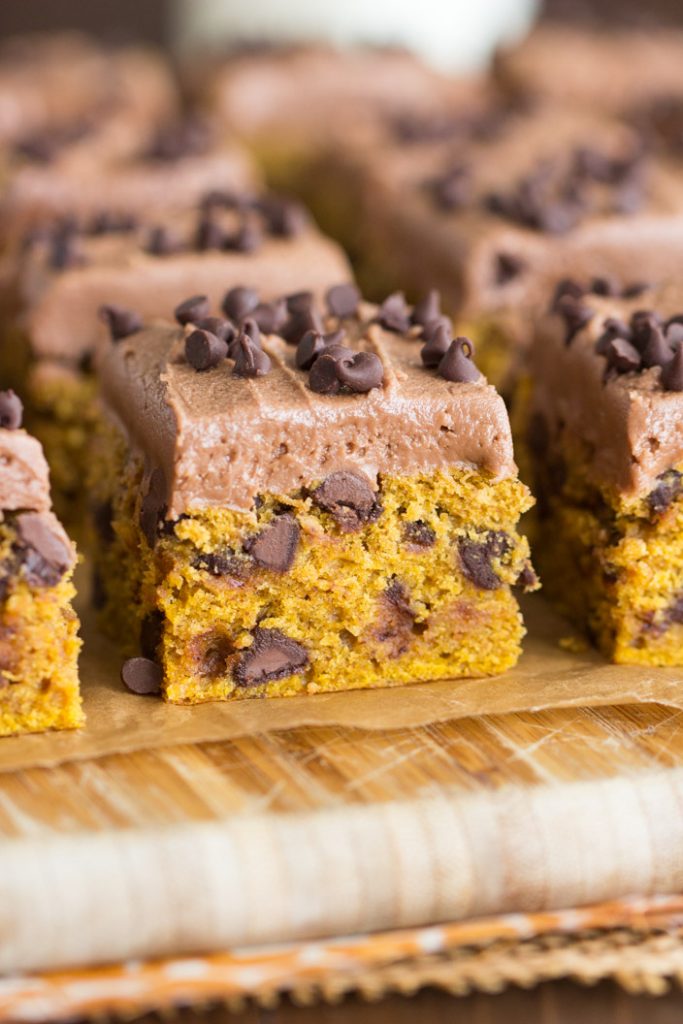 I hate that these don’t have a more clever or descriptive name than “Pumpkin Chocolate Chip Bars.” I wish I had something more creative and unique than Pumpkin Chocolate Chip Bars, buuuuuut that’s what these are, so it’s apropos, at least. I just feel like it doesn’t really capture their true amazingness with such a bland and generic title. Oomph.

Also, I can’t believe that it’s almost the end of September and this is the FIRST pumpkin recipe I’ve posted so far. It’s been a weird month, and I am happy to usher in October. So much great stuff coming too, so it’ll be a good month.

I’ve done nothing for Halloween though. What do you guys want to see?? I suck at Halloween because I don’t do gross or creepy-looking food. I really only just make stuff with mini candy bars… 🙂 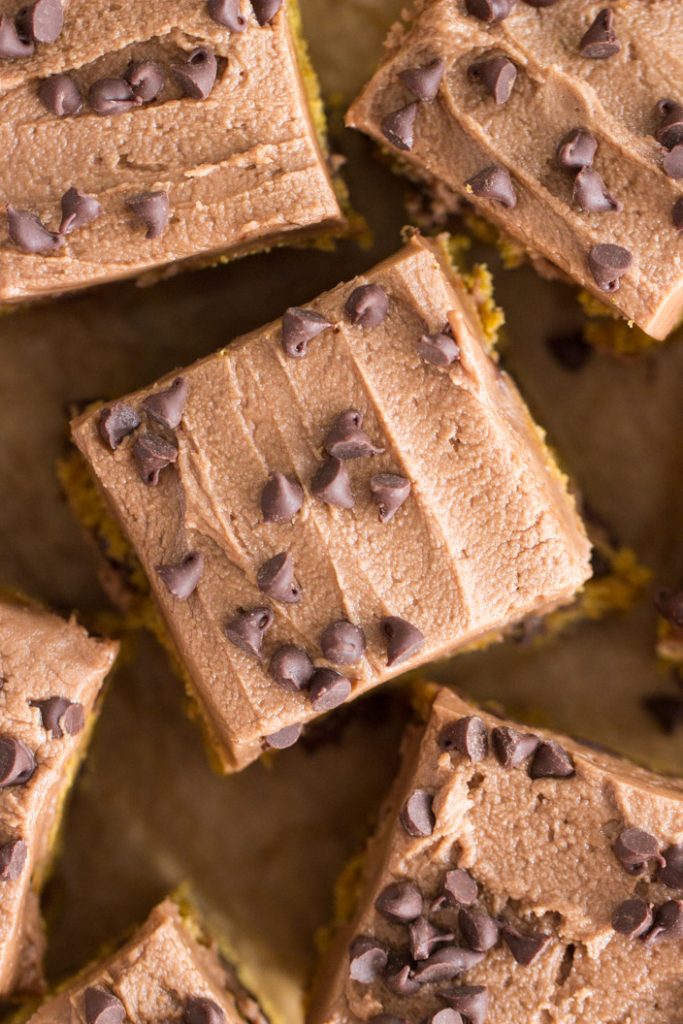 Last year, I shared The Best Pumpkin Blondies with Cream Cheese Frosting, and those were so popular. They should be, they’re the BEST! I really thought that most people probably already had a pumpkin blondies/bar-type recipe, and maybe you did/do, but maybe you also realized that this one is particularly special. A true gem.

Those pumpkin blondies are so thick and hefty – that’s what makes them stand out from a sea of other pumpkin bar recipes. They’re like an ultra-thick and fudgy brownie in texture… and actually, almost twice as thick as a regular brownie. Soft and chewy the way a good fudgy brownie is, but, like, not ‘fudgy’ in a chocolate fudge sense. Know what I mean? Fudgy in texture, not flavor. 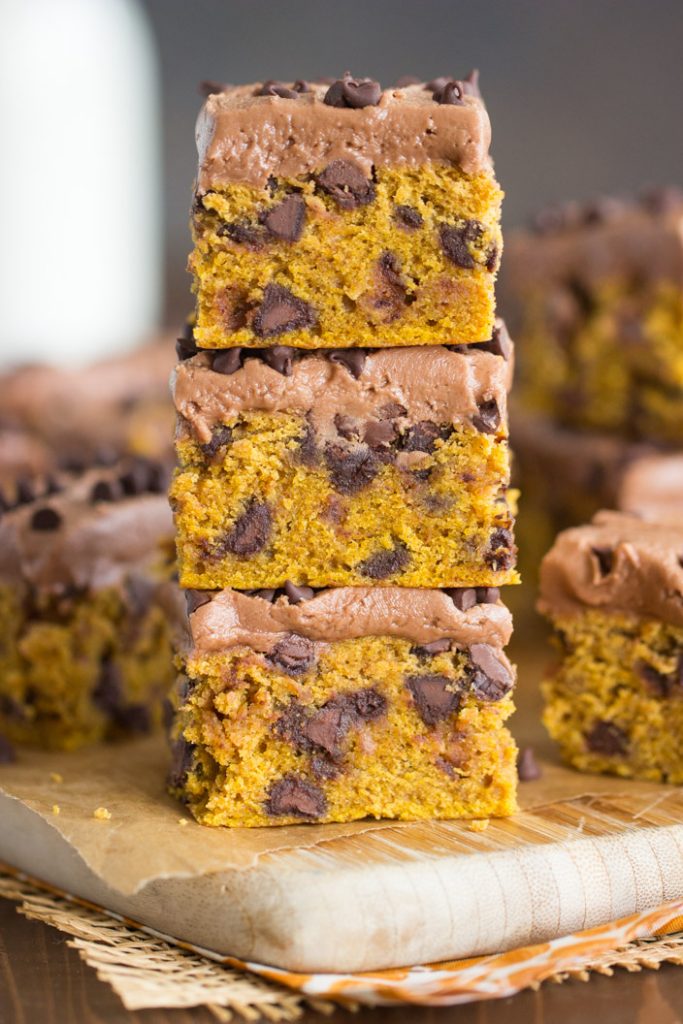 Chocolate really elevates these bars on so many levels. Sink your teeth into one of these bars and you’re met with gobs of rich, melty chocolate in each soft, tender, fudgy bite of spiced pumpkin blondie. Eep. They’re so sinful and satisfying! And the cocoa frosting on top – rich, fluffy cream cheese buttercream with a jolt of cocoa powder. It really sends these over the top! 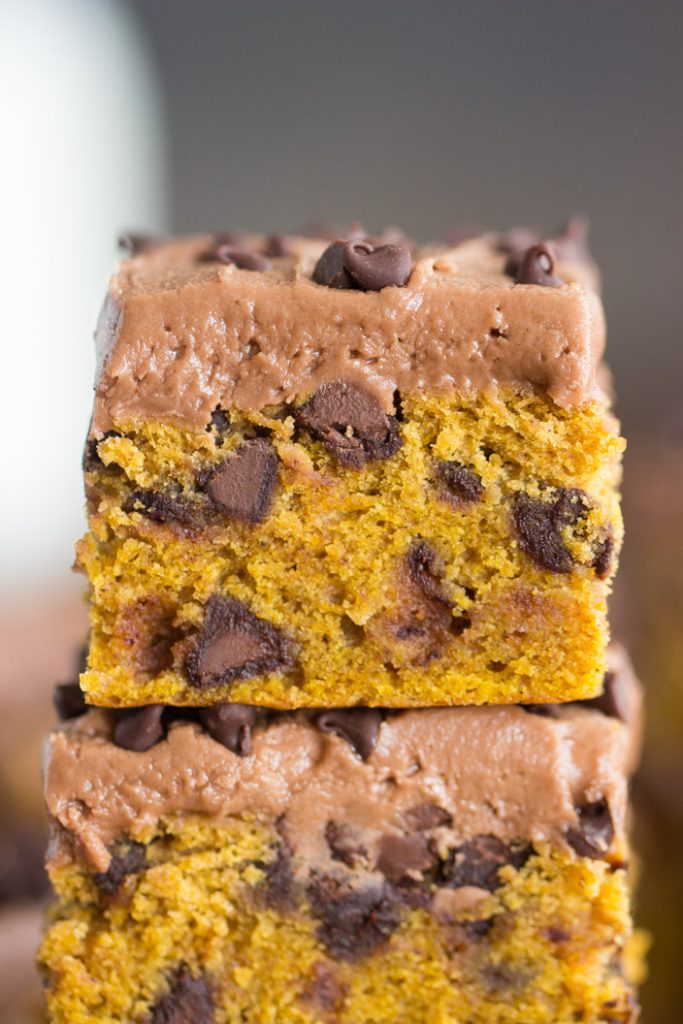 The mini chocolate chips as garnish were just for fun, but they add a nice extra bit of chocolatey goodness to the bars, and a nice change in texture too.

Anyway, I was not sold on pumpkin and chocolate together until this Pumpkin Chocolate Chip Brownie Cheesecake recipe. I didn’t think they seemed like a pair that would really complement each other. I thought the combo was gimmicky and forced, and just another way that people cram pumpkin into things, but I’m not afraid to admit when I’m wrong, and I was wrong about chocolate and pumpkin together. They DO belong together, and the duo is magical! 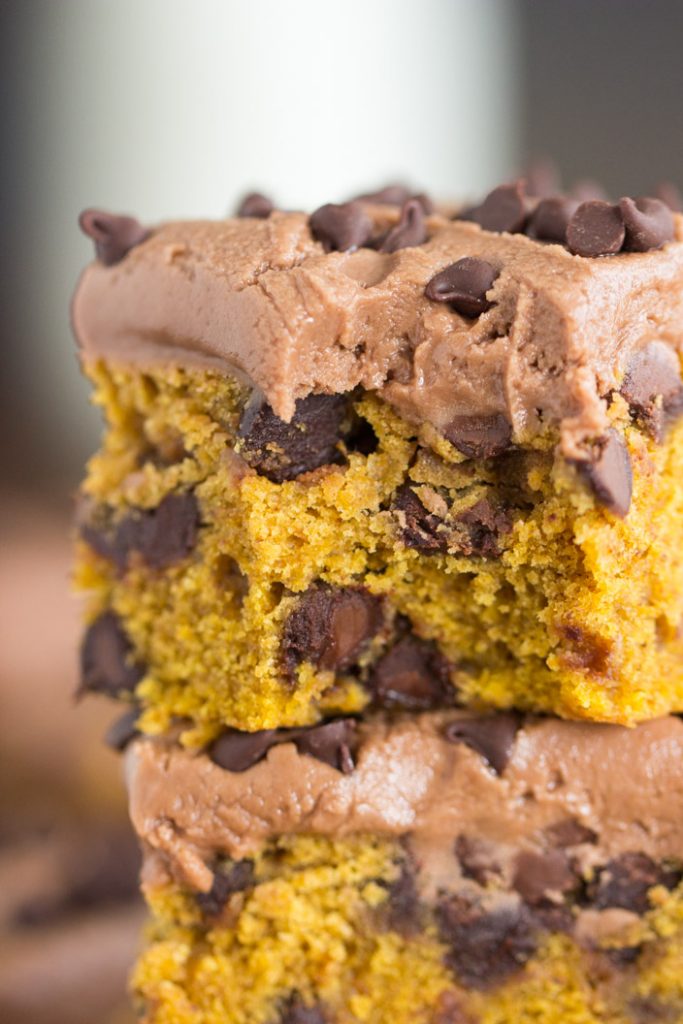 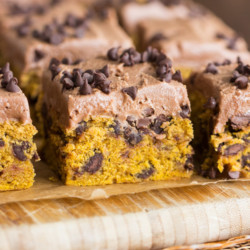 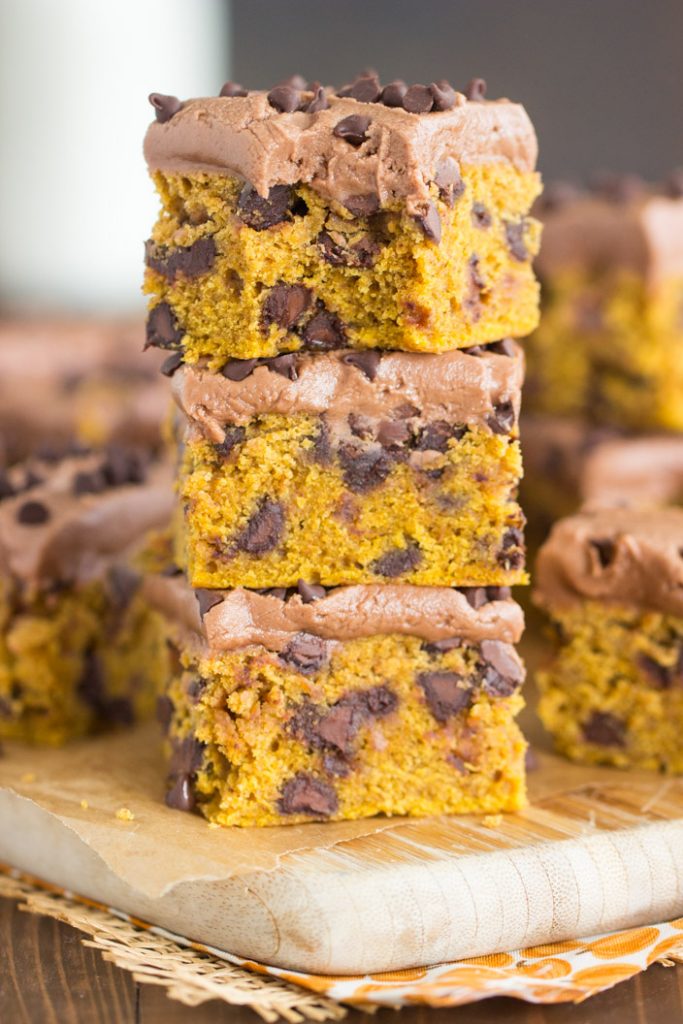