Like a chewy, buttery, cinnamon-y oatmeal cookie, loaded with plump, sweet raisins, crossed with ooey, gooey marshmallow treats! A layer of white chocolate never hurt anything either. These Oatmeal Raisin Rice Krispie Treats are ready in minutes, just like their classic RKTs counterparts! 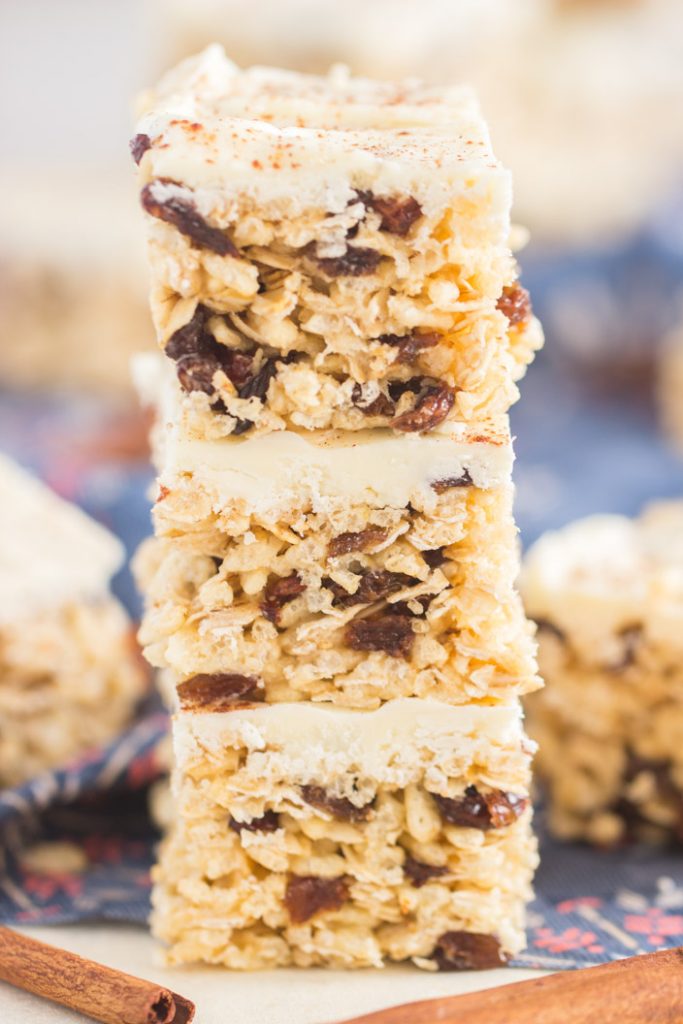 I was just saying in a recent post that I don’t like raisins except for two scenarios: in oatmeal cookies, or when dunked in chocolate. But you know what, I think that might be a lie! I think maybe I DO now like raisins on more occasions than not. What is your stance?? Raisins can be controversial… haha.

As soon as I said a few weeks ago that I don’t like raisins, I remembered that I made these Oatmeal Raisin Rice Krispie Treats, and these are awesome. And I also remembered my Grandma’s Raisin Puffs cookies which are incredible. 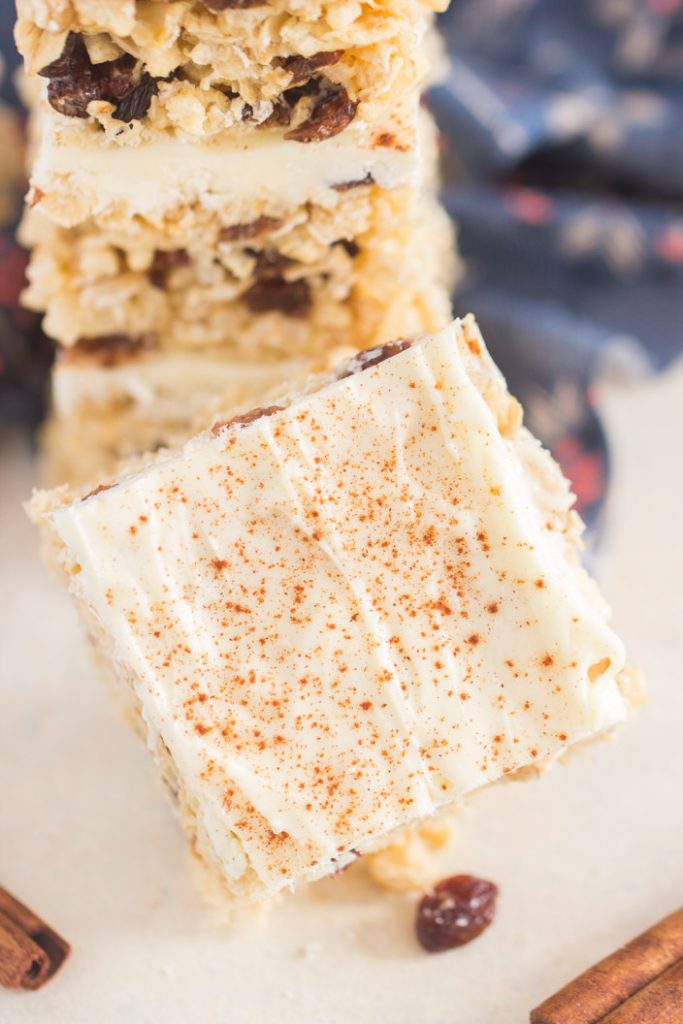 Even a raisin hater can’t dislike those cookies…  the cookies are soft and puffy – they melt in your mouth! –  and the raisins are simmered til they’re soft and take on a rum-like flavor. So good! 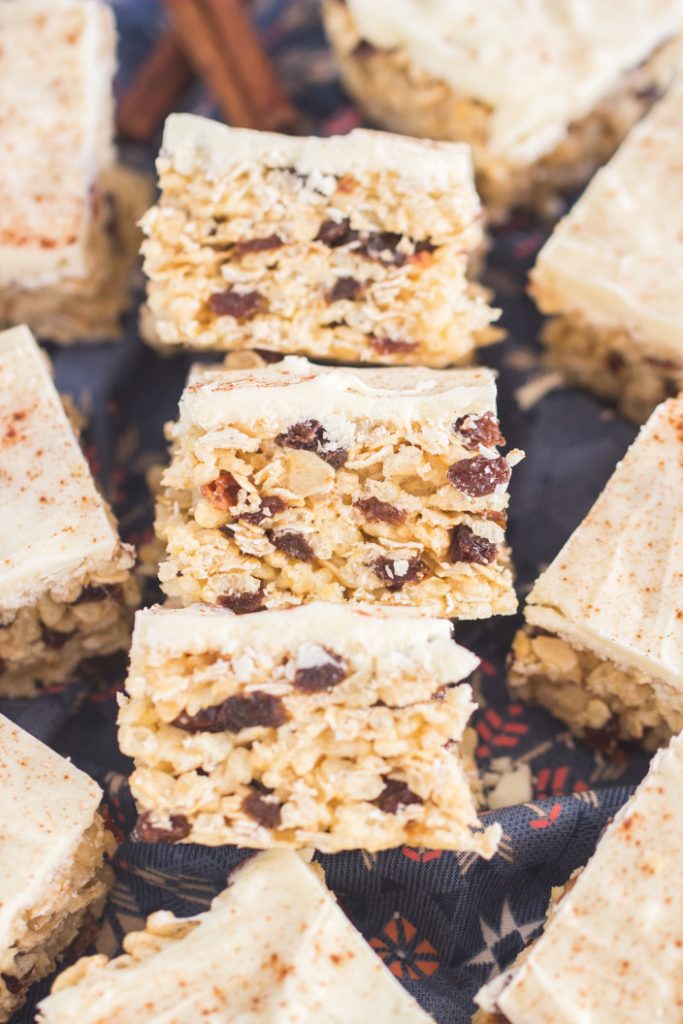 For good measure, a slathering of melted white chocolate on top was a very nice touch! 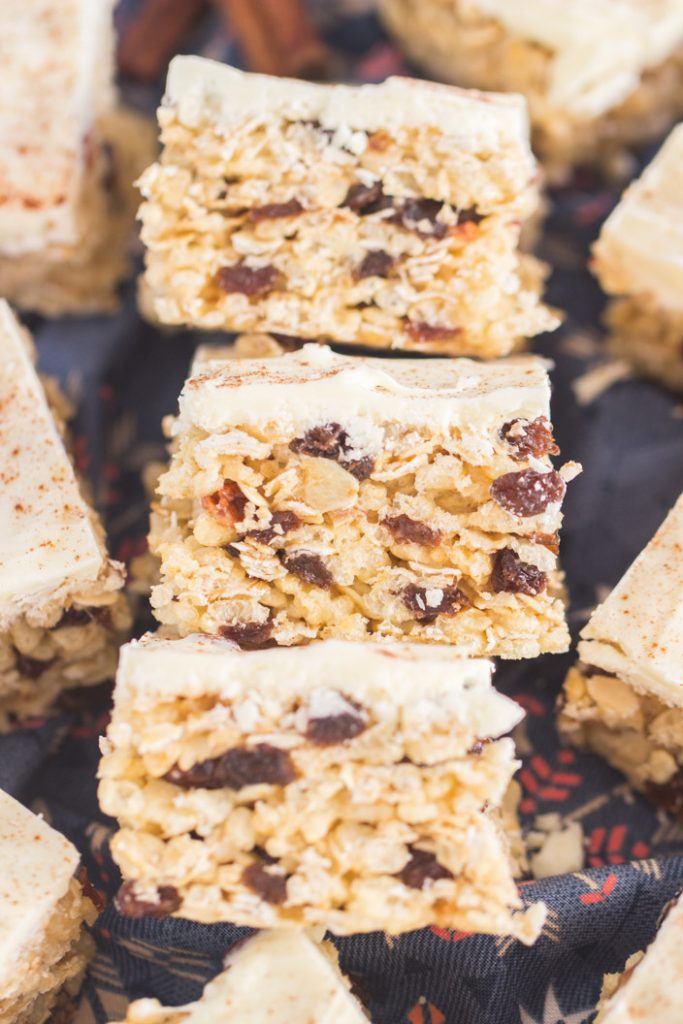 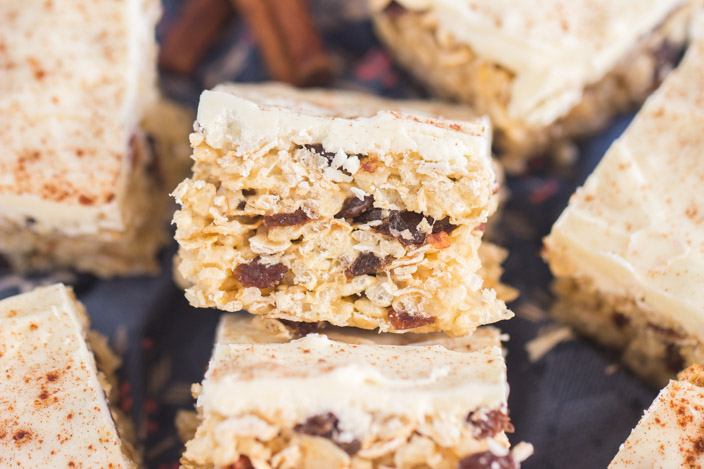 I was obsessed, and still am. A dessert that never gets old, and that can be recreated so many different ways! This Oatmeal Raisin Rice Krispie Treats recipe is just the latest in my RKTs series. You can probably (definitely) expect more. 🙂 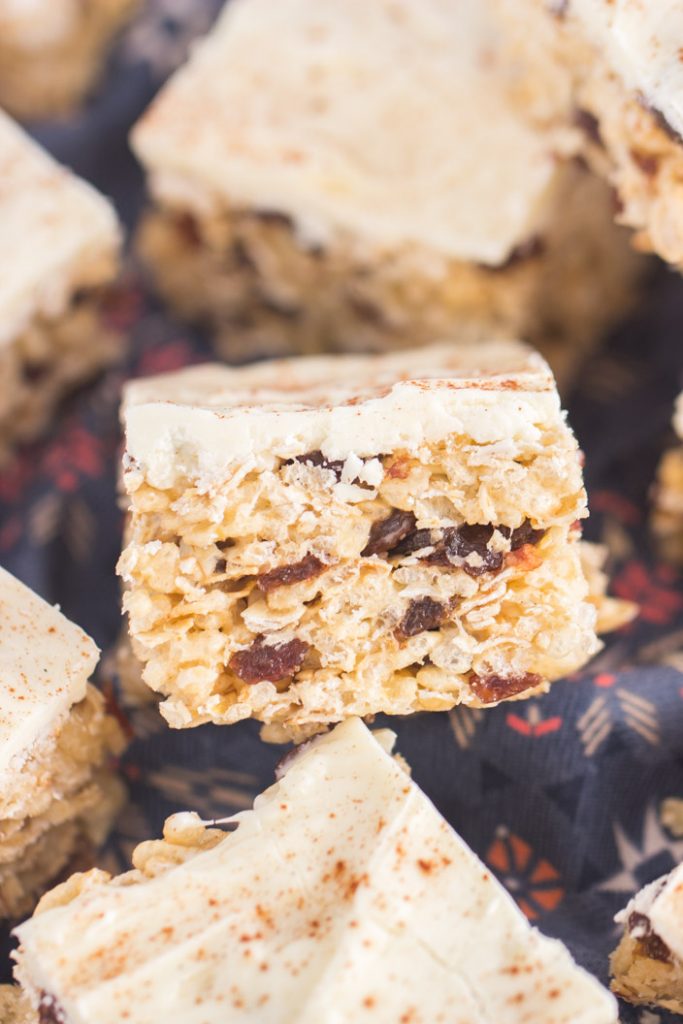