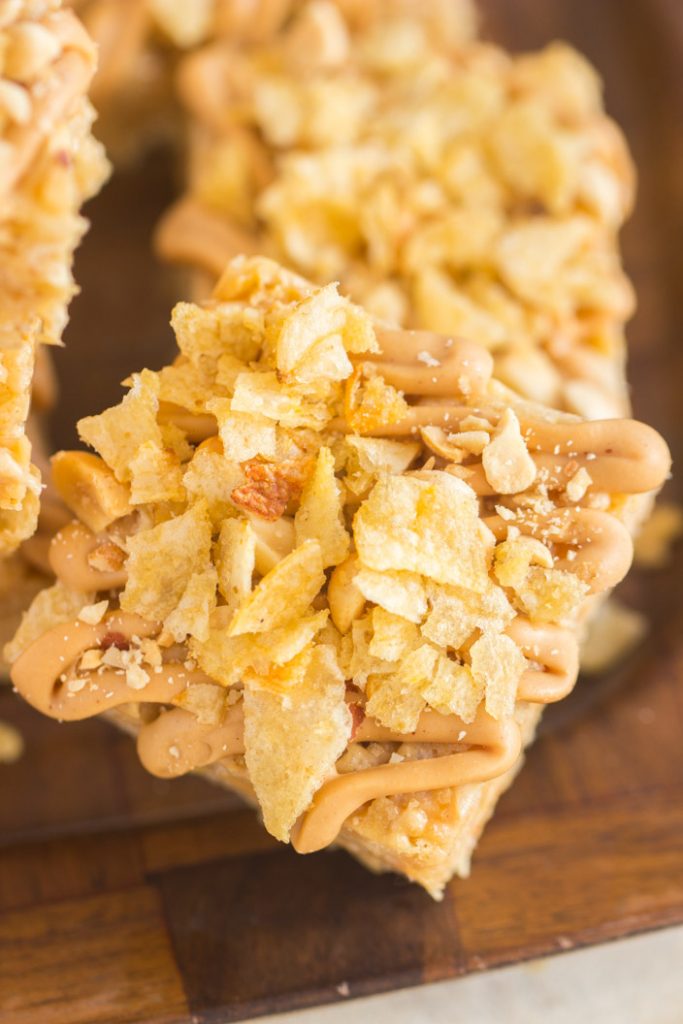 Lately I’ve been treating potato chips the way I treat bacon – I’m adding them to desserts and baked goods like crazy!! Especially treats that include peanut butter – it’s just such a special pairing. The combo of potato chips and peanut butter in these Peanut Butter Potato Chip Rice Krispie Treats is unmatched!!

You’ve just got to try them for yourself, and you’re only about 15 minutes away from experiencing them firsthand. They’re super quick and easy to make! 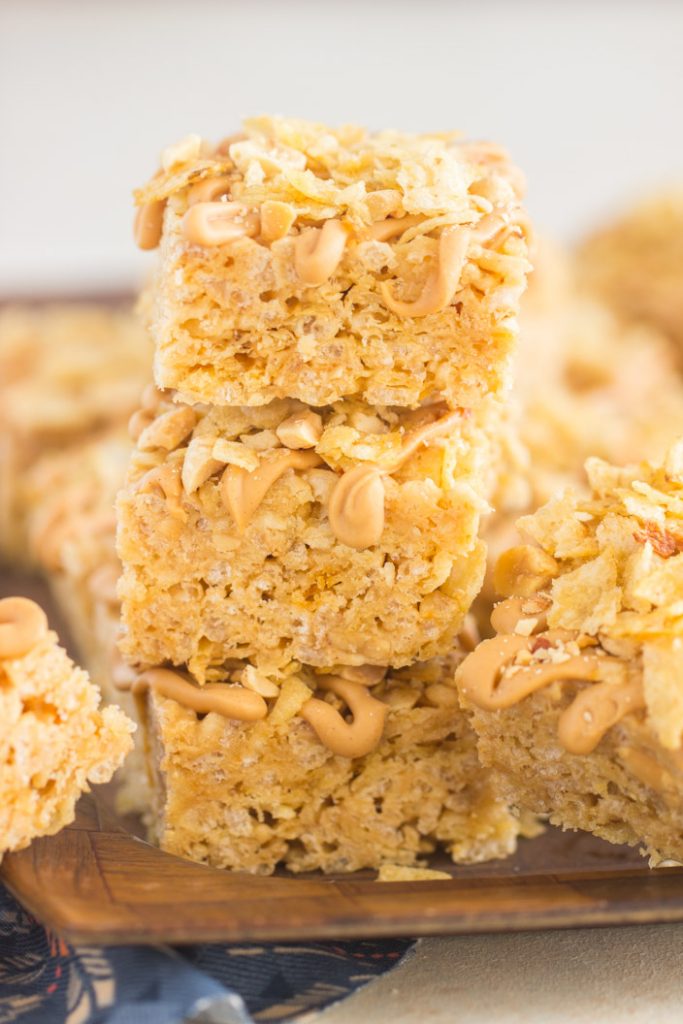 I’ve long loved bacon for a salty, crunchy contrast to sweet things, and I’ll throw crumbled, fried bacon into brownies, cookies, sweet rolls, and even scones. Now I’m on a potato chip kick though. I want salty, crunchy potato chips in all my fave desserts lately!

It’s a bit less work than frying up bacon, and you get a similar effect. Note: I said similar! Bacon definitely still has its advantages. 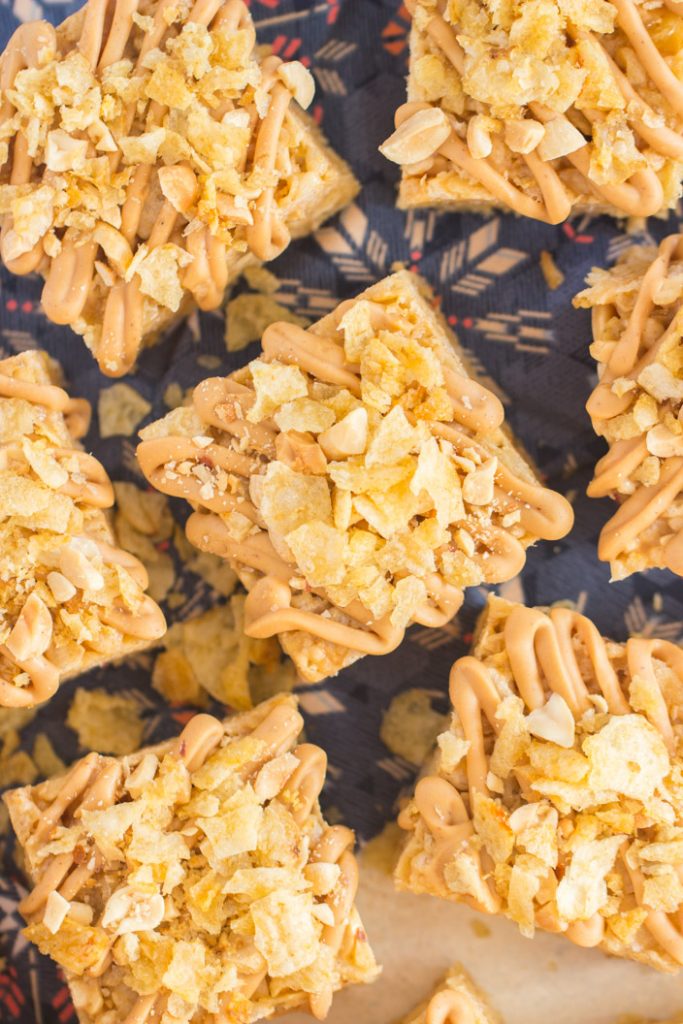 In addition to being on a potato chip bender, I’ve also been on a Rice Krispie Treats bender for the last year or so. I just can’t stop making them. 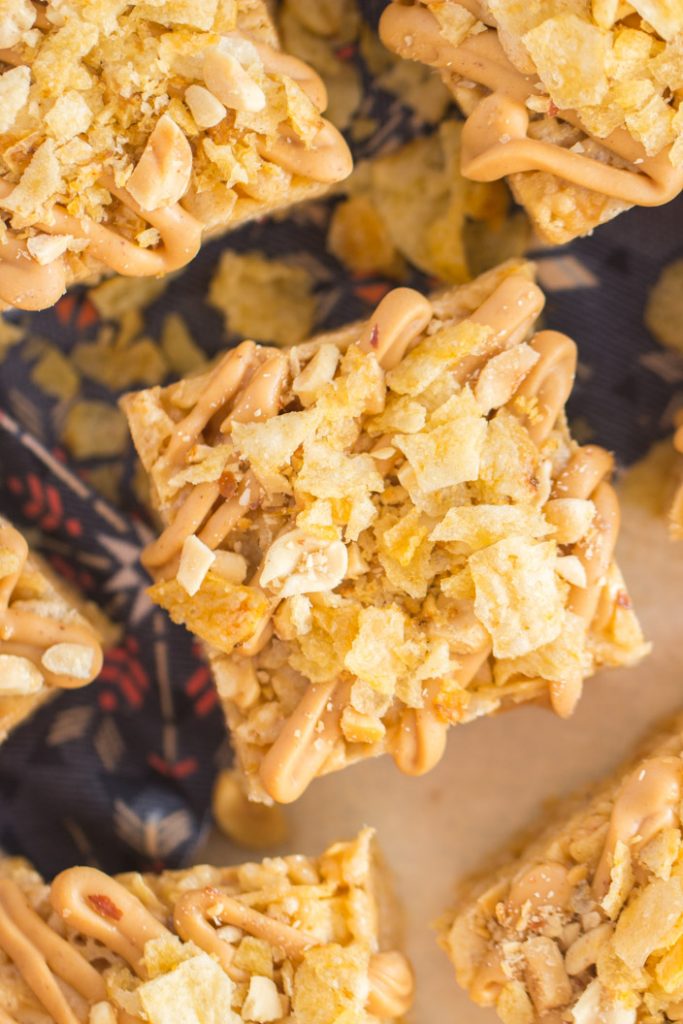 Given my recent fixation of adding potato chips to desserts (see these Potato Chip White Chocolate Buckeyes!), I had to add potato chip crumbs to this recipe. 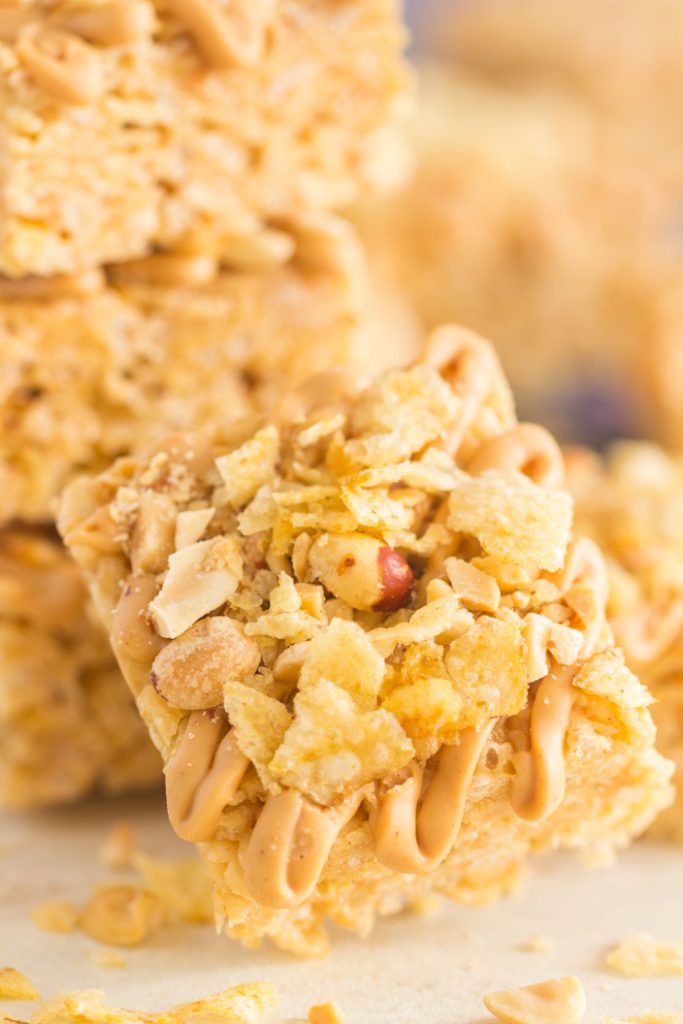 If you love RKTs, these Peanut Butter Scotcheroos and Chocolate Scotheroos are a similar treat! 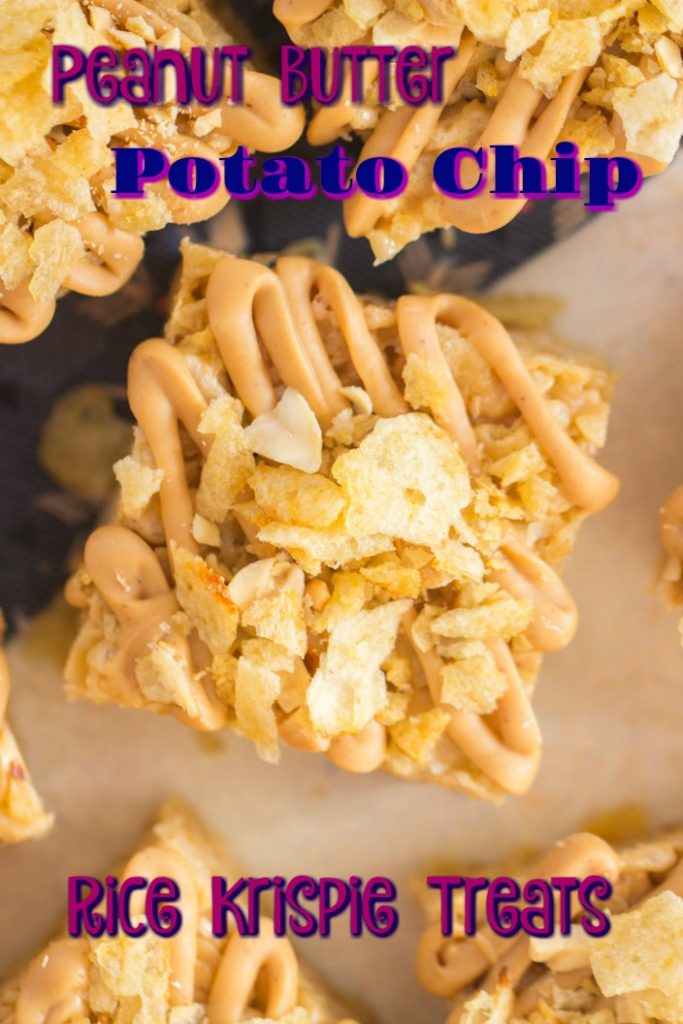