This is the easiest recipe for pull-apart bread, using a convenient short-cut. With a filling of pumpkin, brown sugar, and pecans, and topped with butterscotch sauce! 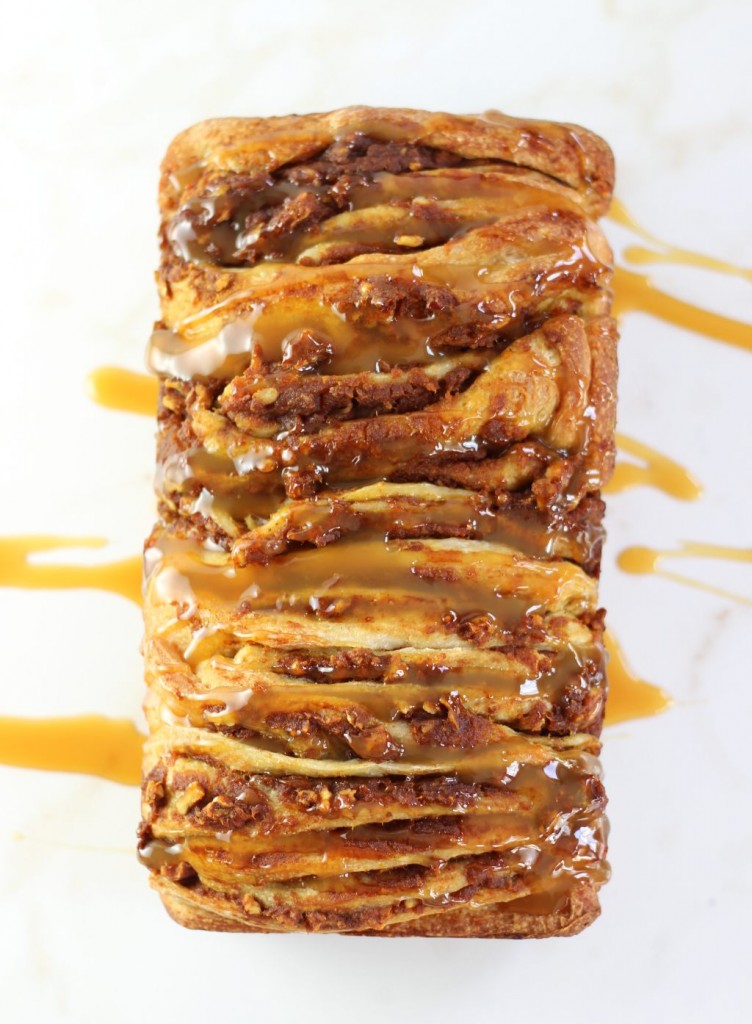 Woooow, it’s November? That doesn’t even feel close to being possible.

I do not remotely feel ready for it to be the holiday season. Even though I’m super excited for it, I don’t feel mentally prepared. 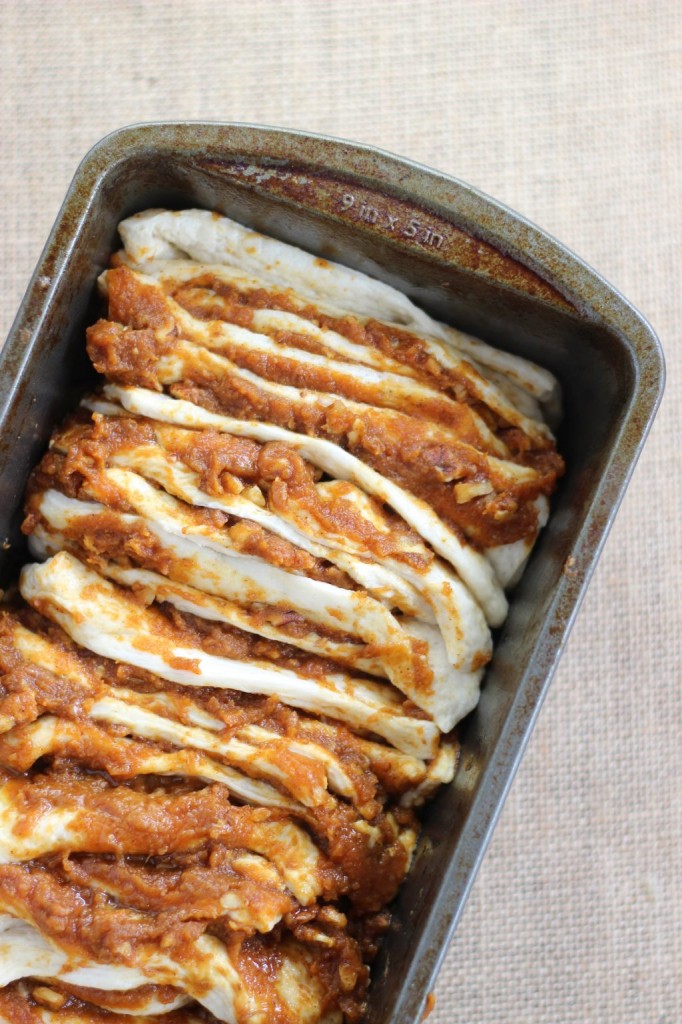 I love these next two months of the year, and my favorite holidays are approaching – I think Thanksgiving and Christmas are everyone’s favorite holidays – but can I get an ‘Amen’ that it’s all happening too fast? You would think that making pumpkin recipes for the last two months would have me closer to feeling ready, but I’m not. 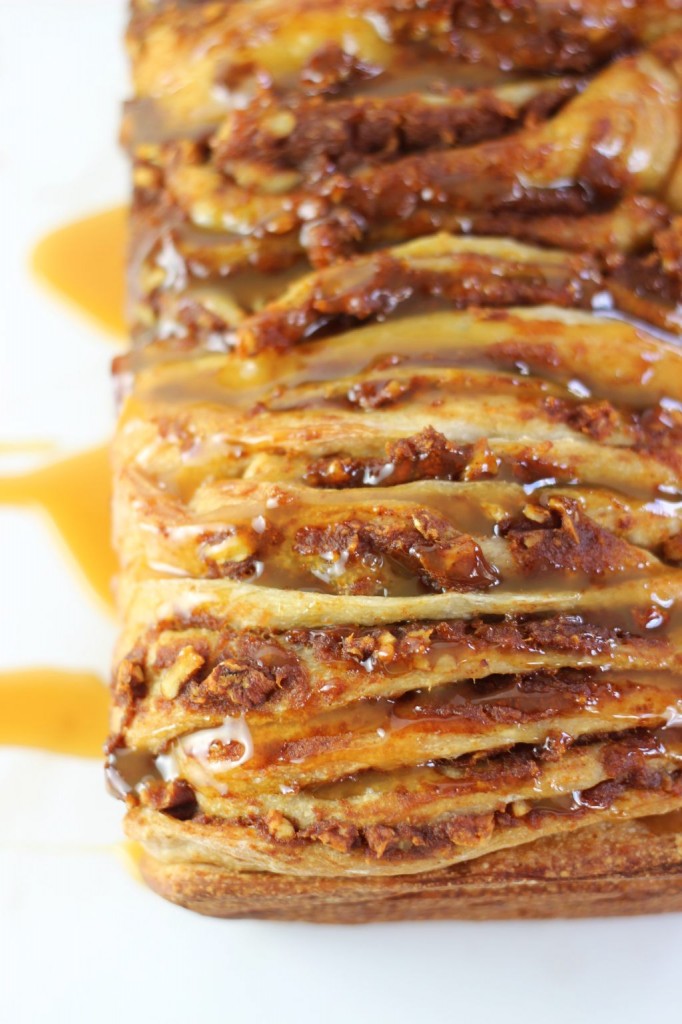 I was flipping through the tv channels a few days ago when it was still technically October, and I noticed that the Hallmark channel was already airing 24/7 Christmas movies. In October!! Before Halloween! Madness. I guess Hallmark doesn’t have a lot of heartwarming Halloween movies to feature.

I have a bunch of holiday recipes to share soon, but until my head is in the right place, we’ll just truck along with more general recipes involving pumpkin. They are still crowd-pleasers! 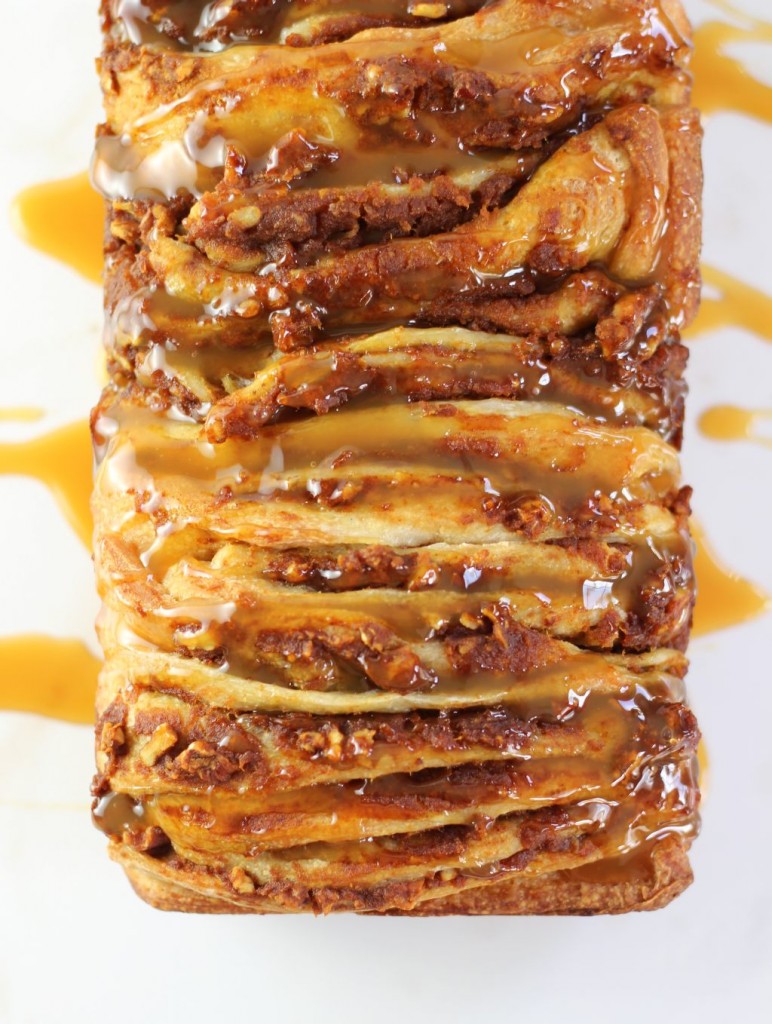 I’ve wanted to make pull-apart bread for the longest time, but being chronically petrified of baking with yeast, I’ve put it off time and again. When I stumbled on a video of this short-cut version of a pumpkin pull-apart bread, I had to try it.

I changed a few things to accommodate my own flavor preferences, but it was still ridiculously simple. This Easy Pumpkin Pecan Pull-Apart bread starts with cans of prepared pizza crust that you unroll, slather in a simple pumpkin pie and pecan filling, and top with butterscotch sauce. 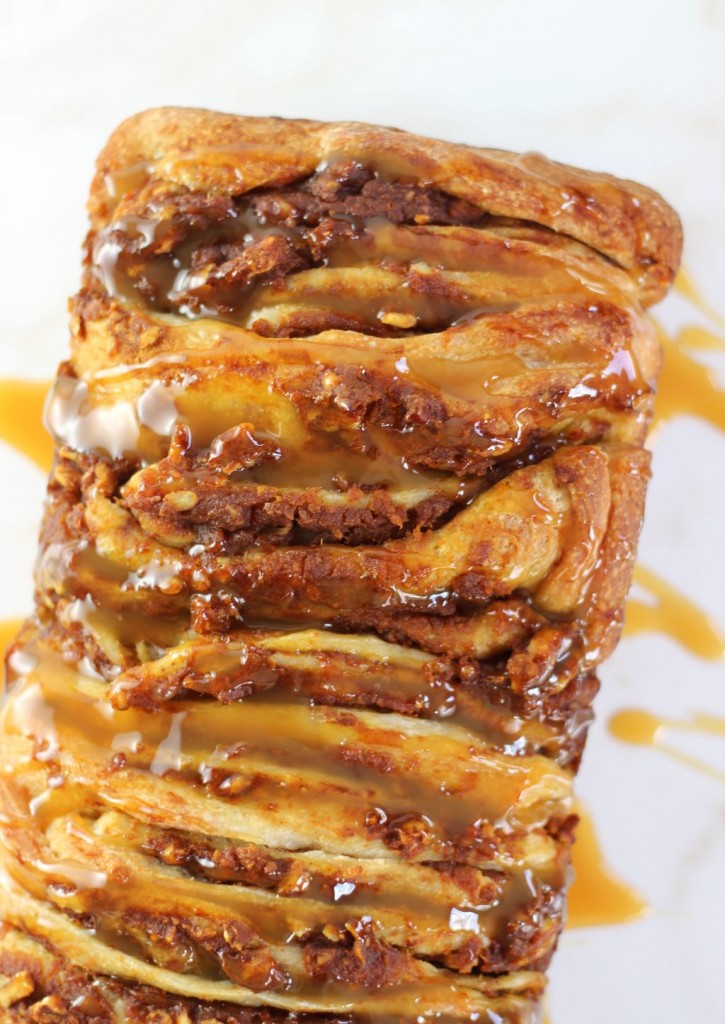 Prep time is 10 minutes, tops. The end result is an impressive, show-stopping pull-apart bread that is crispy at the edges, surprisingly pillowy and soft in the middle, and is full of pumpkin pie flavor, brown sugar, cinnamon, and pecans. This was an awesome recipe discovery, especially given how little effort it takes for such a delightful result! 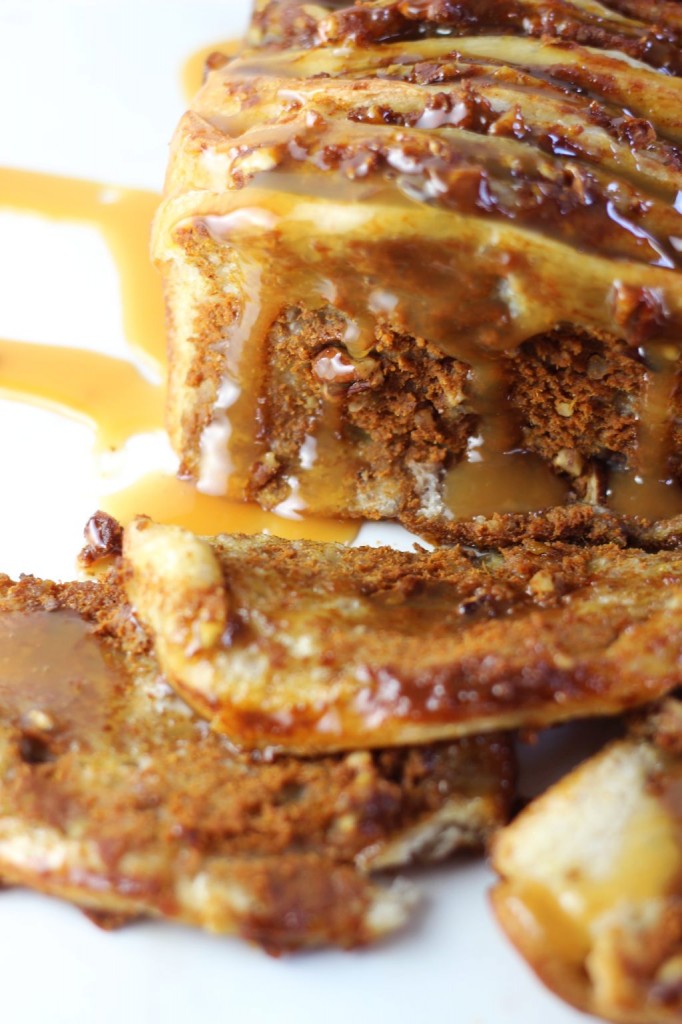 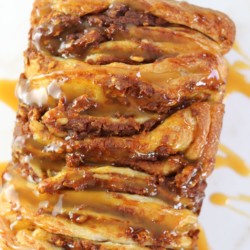