This Apple Raisin Bread is a dense, hearty, and moist loaf, jam-packed with apples, raisins, and no shortage of cinnamon and spices! The pecan praline topping is what you never knew your fave quick bread was missing – it’s sweet, crumbly, and crunchy, with lots of brown sugar, butter, and pecans! 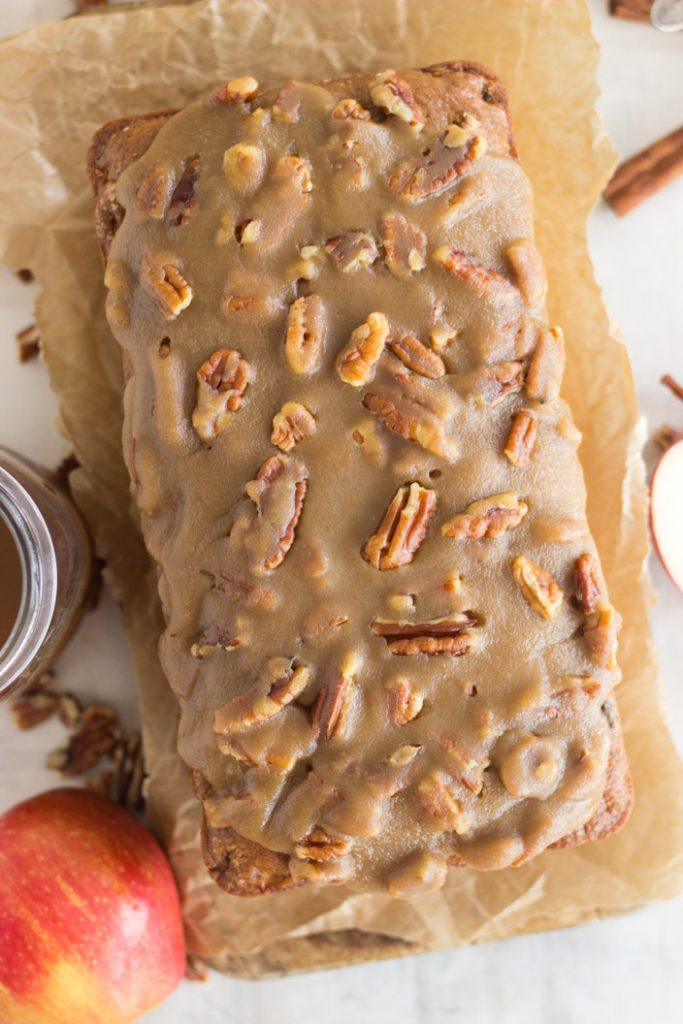 Hello friends! And ‘happy’ Monday! As happy as a Monday can be.

As I was writing this post, I was soooo sad not to have this Apple Raisin Bread around. As I was thinking about this bread, and trying to describe it for you, I got depressed that I didn’t have any more of it. 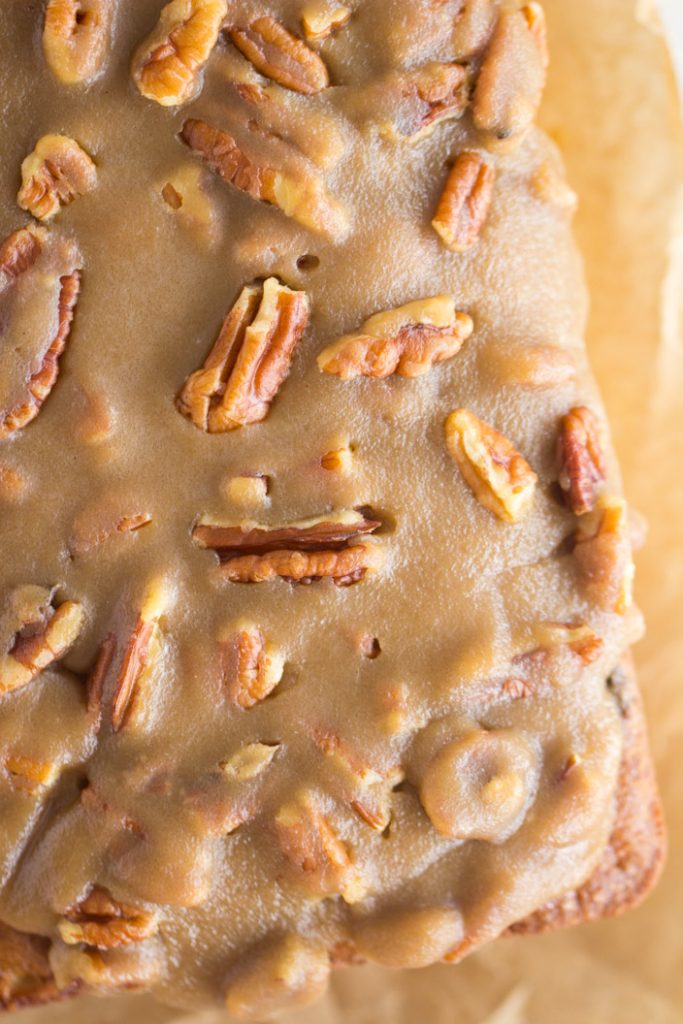 I’ve got to make this Apple Raisin Bread again during fall. We ate half of it a few weeks ago, and then froze half to have for later. We lost so many desserts and treats when our power was out for Irma though, and this was one of (many) things that we had to throw out!

I do not want to complain because our circumstances could’ve been so much worse after Irma, but I really was sad to toss the contents of our fridge and freezer. We had to though.. we lost power for almost 6 days, and nothing could be spared. I definitely mourned all the leftover desserts and baked goods as we discarded them! 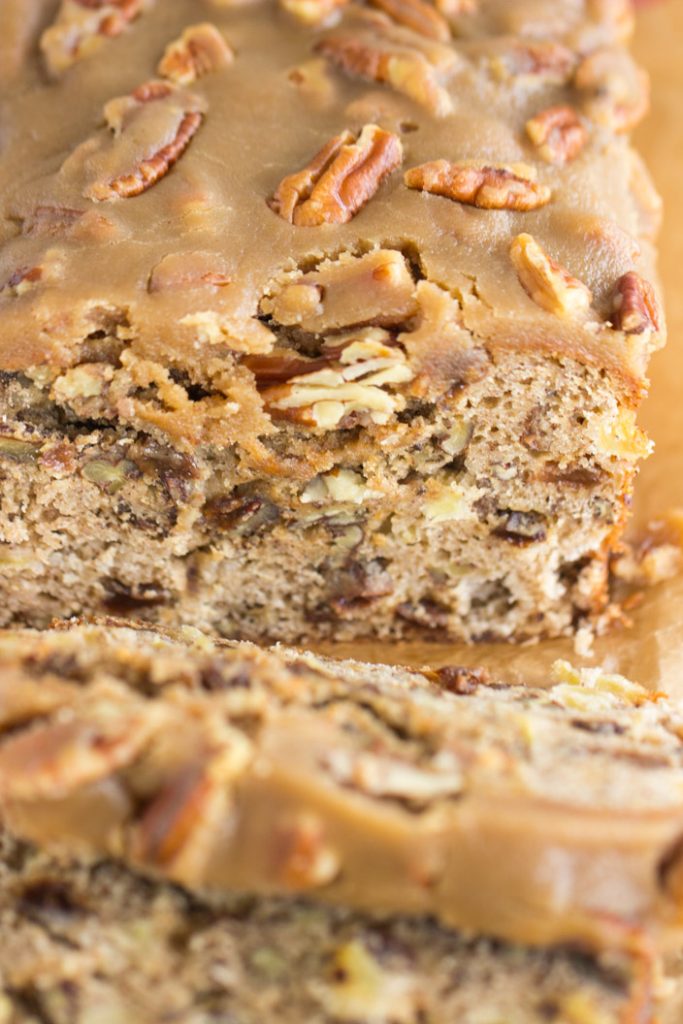 This Apple Raisin Bread would’ve totally hit the spot today, and I wish I had that other half back!! The last few days are the first that have felt remotely like fall around here. Our fall has not been cool and crisp yet – on the contrary, we’ve been breaking record highs, and it’s been uncharacteristically humid. Where is fall??

If you don’t have fall weather yet, you can fake it with something like this Apple Raisin Bread. It’s EVERYTHING you love about fall, and it definitely gets you in the spirit, even if the weather isn’t cooperating. 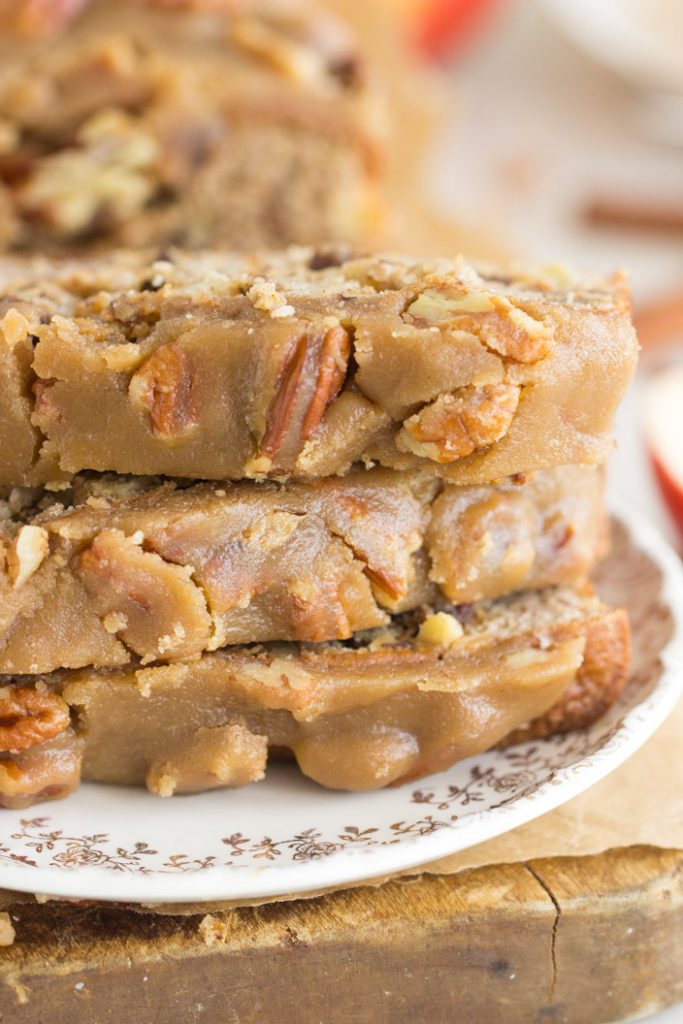 It’s quite a remarkable bread, and easier than it probably looks! This Apple Raisin Bread is a dense, hearty, and moist loaf, jam-packed with apples, raisins, and no shortage of cinnamon and spices.

The pecan praline topping is a worthwhile extra step. The bread is lovely on its own, warm from the oven or toasted with a pat of butter, but the pecan praline topping definitely makes it next-level. It’s literally just like you’re making pralines from scratch (they’re so easy!), but you pour it over the bread instead, and it sets into a sweet, crumbly, crunchy topping of brown sugar, butter, and pecans. 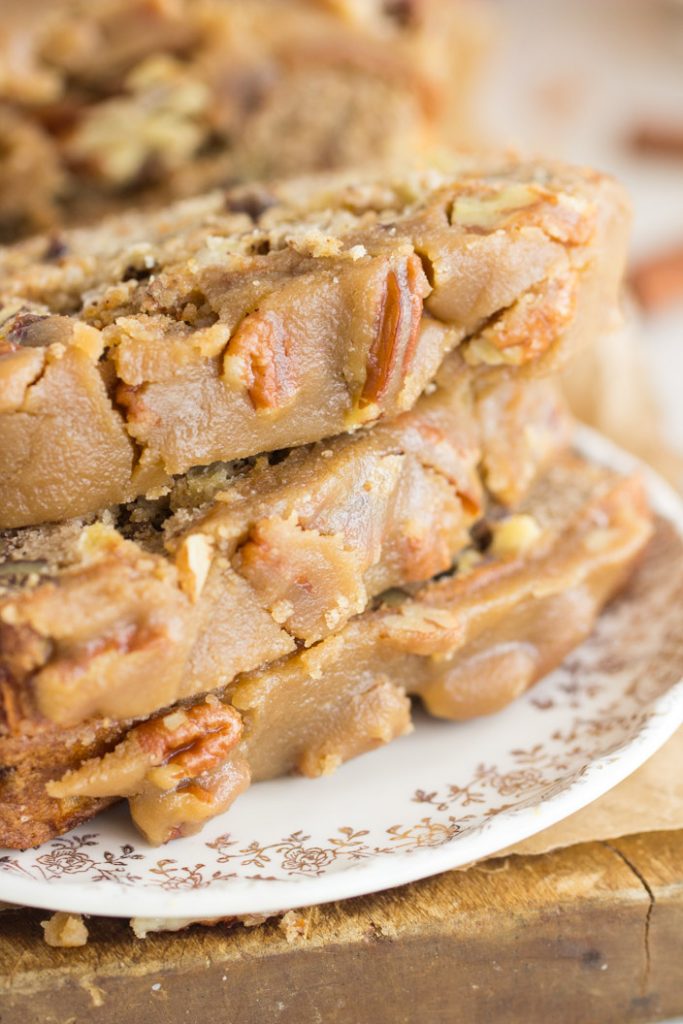 I bet that’s what you never knew your favorite quick bread was missing! This Apple Raisin Bread doesn’t need anything, but that pecan praline topping certainly sets it apart and gives it that extra jolt of fall goodness. 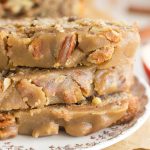 This Apple Raisin Bread is a dense, hearty, and moist loaf, jam-packed with apples, raisins, and no shortage of cinnamon and spices! The pecan praline topping is what you never knew your fave quick bread was missing - it's sweet, crumbly, and crunchy, with lots of brown sugar, butter, and pecans!

Adapted from Taste of Home.

Oh, there’s loads more too, but those are some of my top picks. 😉 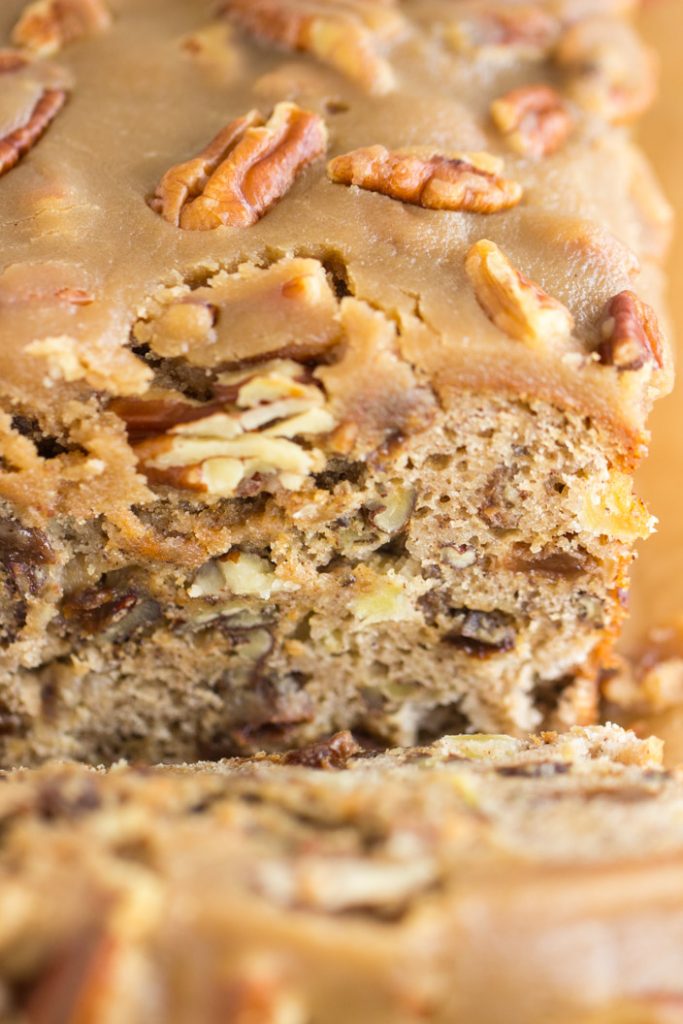