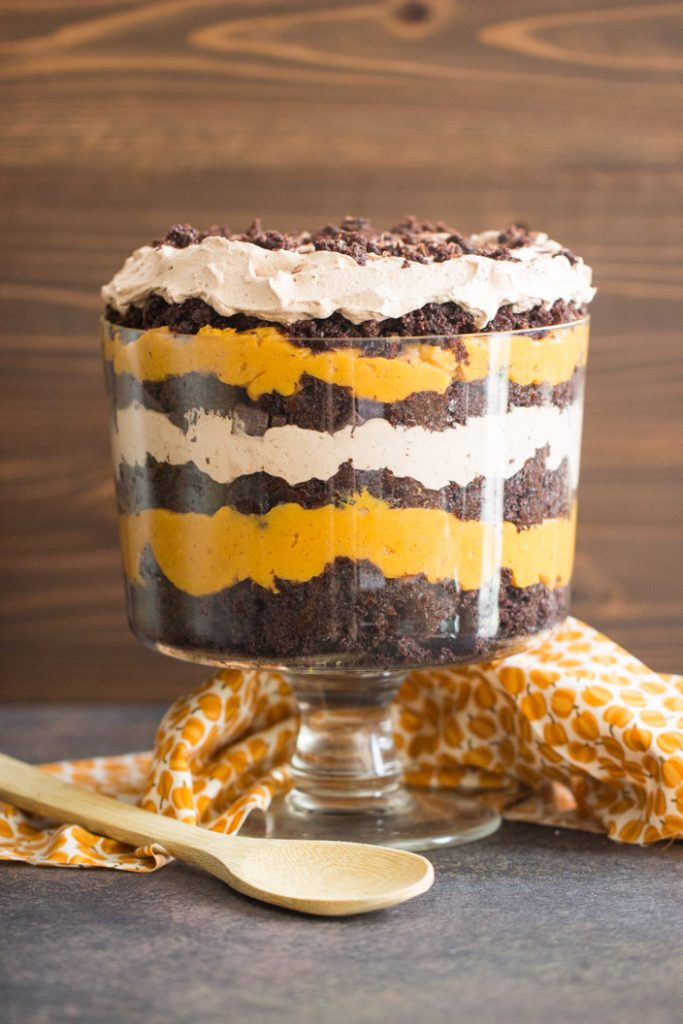 Good morning!! Today I have the world’s easiest, but most impressive, dessert for you, this Triple Chocolate Pumpkin Trifle recipe. And while it’s loaded with chocolate, so you’d think it’d be crazy decadent, it’s actually surprisingly light. This Chocolate Pumpkin Trifle is such a good dessert option for Thanksgiving Day because you still want to have your fill of pumpkin, but this also gets you a chocolate fix, and it’s still not overly rich and heavy.

Also, it’s easy. There’s enough going on Thanksgiving Day, and why make it any more complicated than it needs to be?? This is easy, and feeds a crowd. 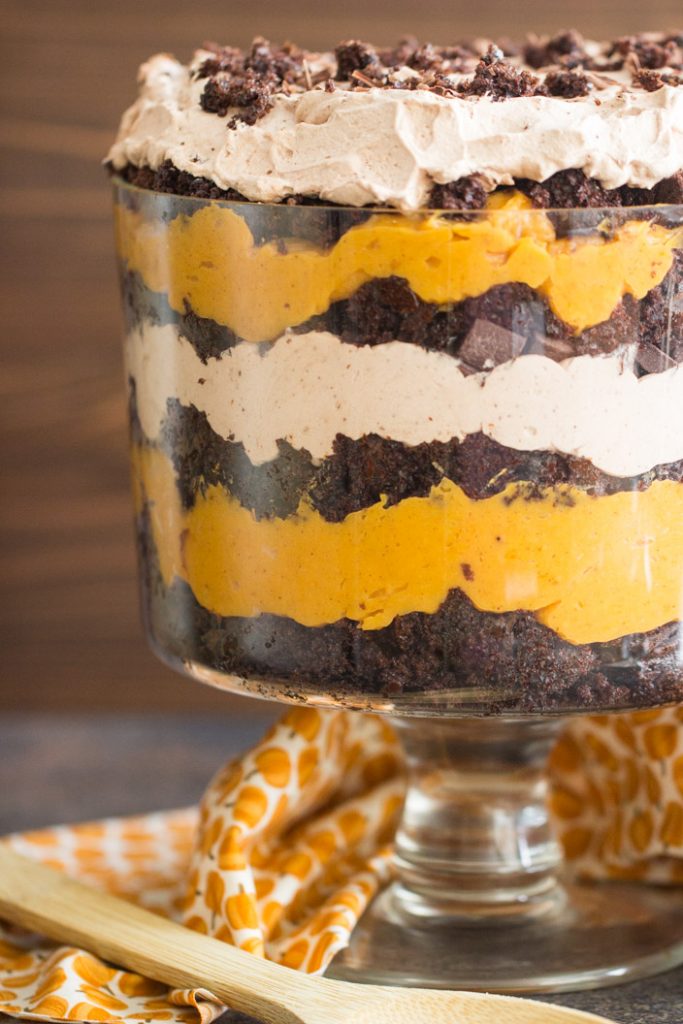 I posted this Pumpkin Butterscotch Spice Cake Trifle a few years ago, and that recipe is always a hit this time of year. I found the recipe about 15 years ago – maybe online? It’s one of those rare recipes that’s stood the test of time for me, and I’ve kept it around. It’s also pretty adaptable and versatile, so it’s a source of inspiration for other trifle recipes too, like this Peanut Butter Cup Trifle, and this No Bake Peanut Butter Pie Trifle. 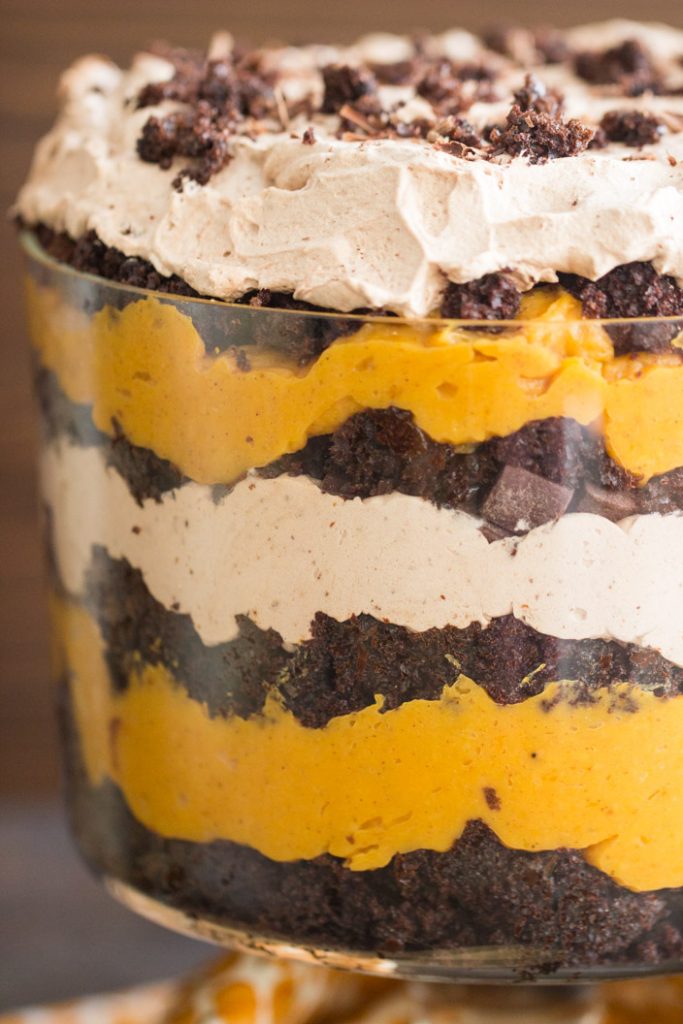 There’s a lot to love. Moist chocolate cake, chocolate chips, chocolate whipped cream, and pumpkin pudding. Layers and layers… and layers… and more layers. A lot of layers, but you literally throw everything together haphazardly, and it just always seems to work out. Even when I feel like I’m making a mess of it, the final product always looks nice. 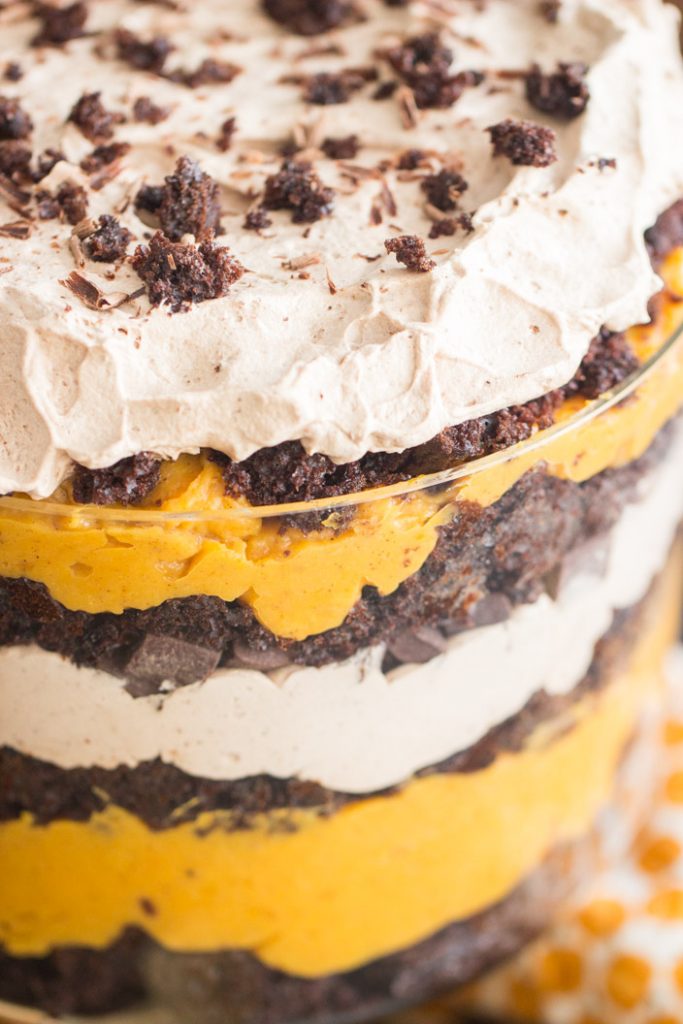 It’s impossible to dish it out and have it look presentable enough for photos though. For your benefit, I also prepared this cute little mini trifle in a parfait dish that I found in the cupboard. The mini produces a much prettier ‘bite’ that shows you all the layers! Ridiculous food photography trick, but all the cool food bloggers do it, so I have to too. 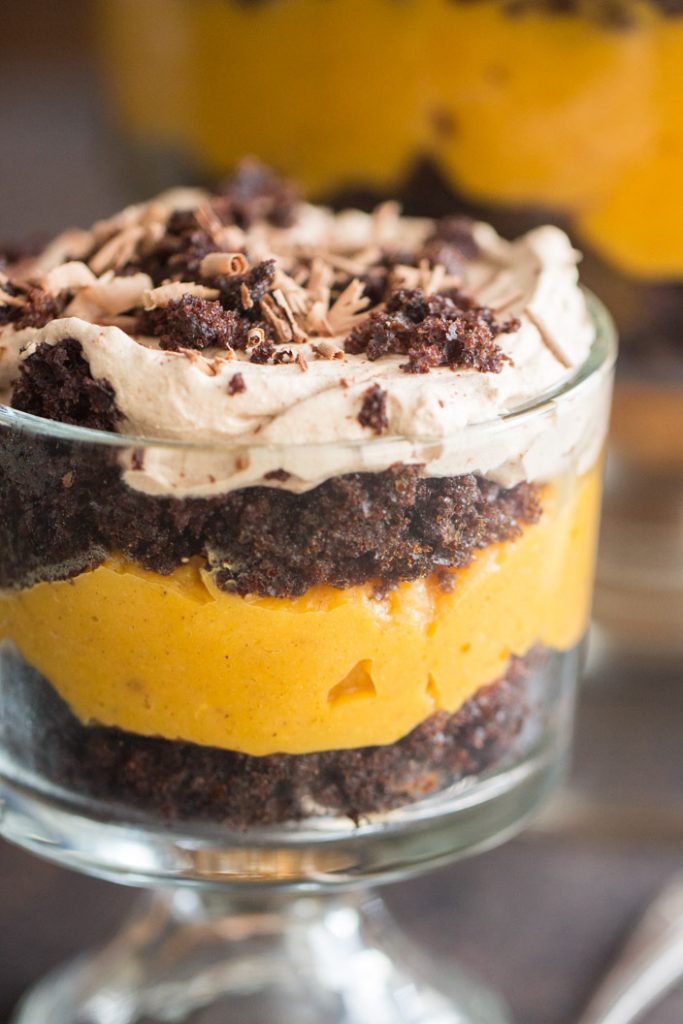 My S.O. was on a work call with his boss when I was finishing up this Triple Chocolate Pumpkin Trifle. As I make stuff, I usually take things to him to sample. I didn’t realize it was a video Webex though, and I took the mini pumpkin trifle into him. He held it up for his boss to see, and said: “There’s always a dessert in front of me.. now you know why I never skip the gym.” I went back to the kitchen to retrieve the REAL pumpkin trifle – the full size – and then he held that one up for his boss to see. Yeah, now that’s a pumpkin trifle dessert. 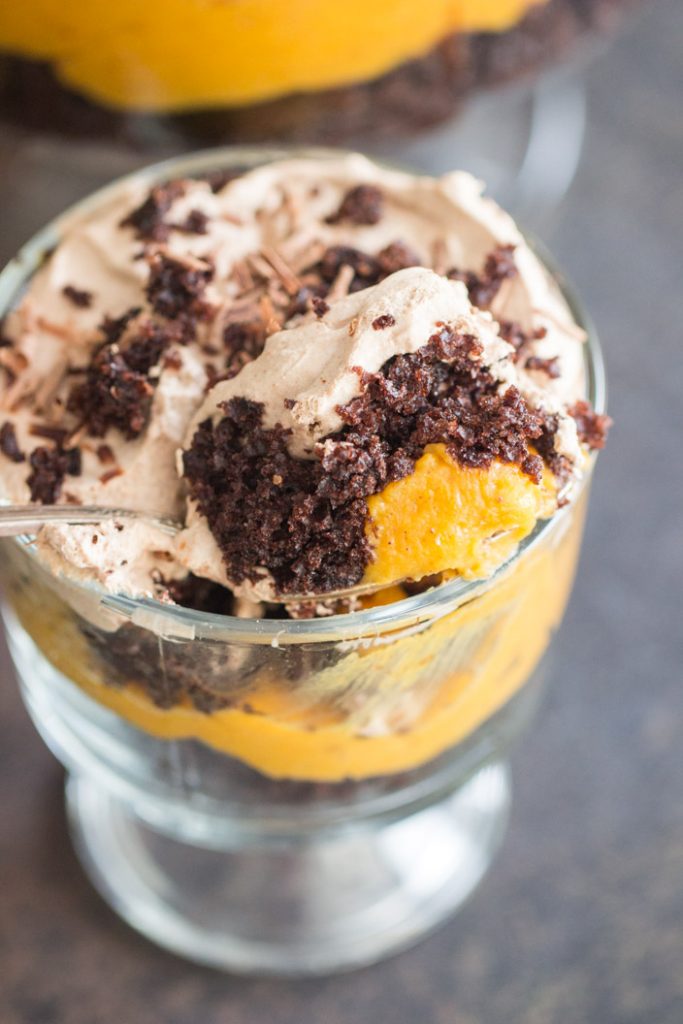 I mean, it weighs a ton. I worry about it breaking a shelf in my refrigerator, to tell you the truth.

Anyway, if you want a simple and easy dessert that will make your holiday fuss-free, feeds a big crowd, and still gives you a pumpkin fix, then this Triple Chocolate Pumpkin Trifle recipe is for you! 🙂 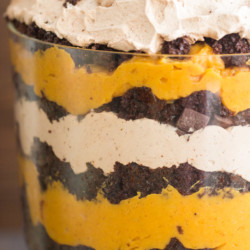 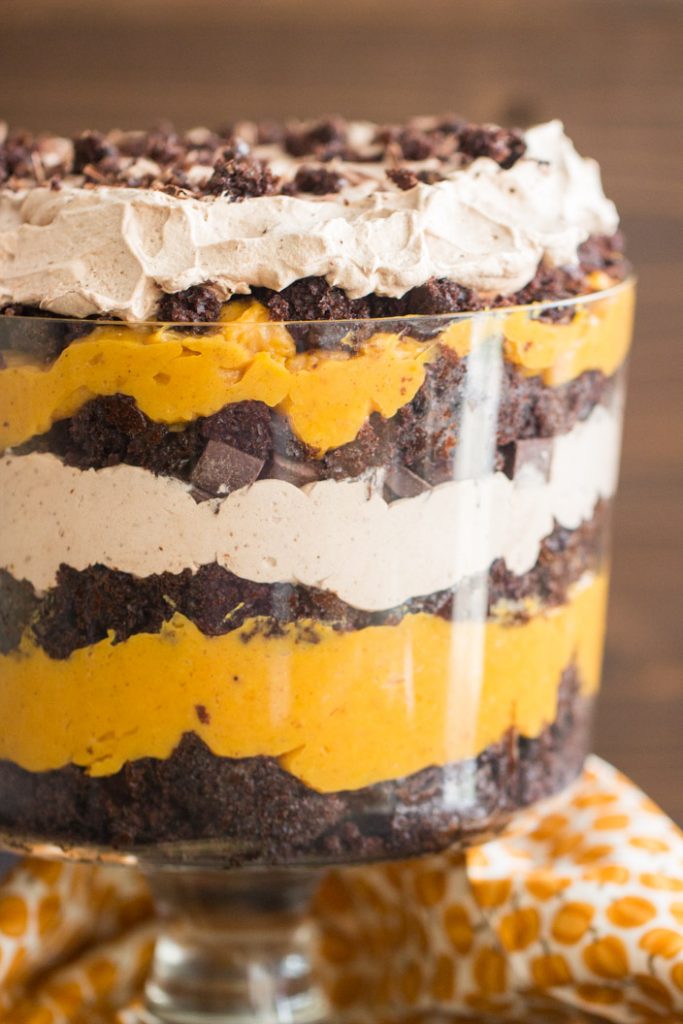