Gooey and sweet, from-scratch apple pie filling topped with glazed cinnamon rolls for a fun twist on traditional cobbler! This Apple Pie Cinnamon Roll Cobbler will be your new favorite apple dessert, and it’s so easy to whip up! 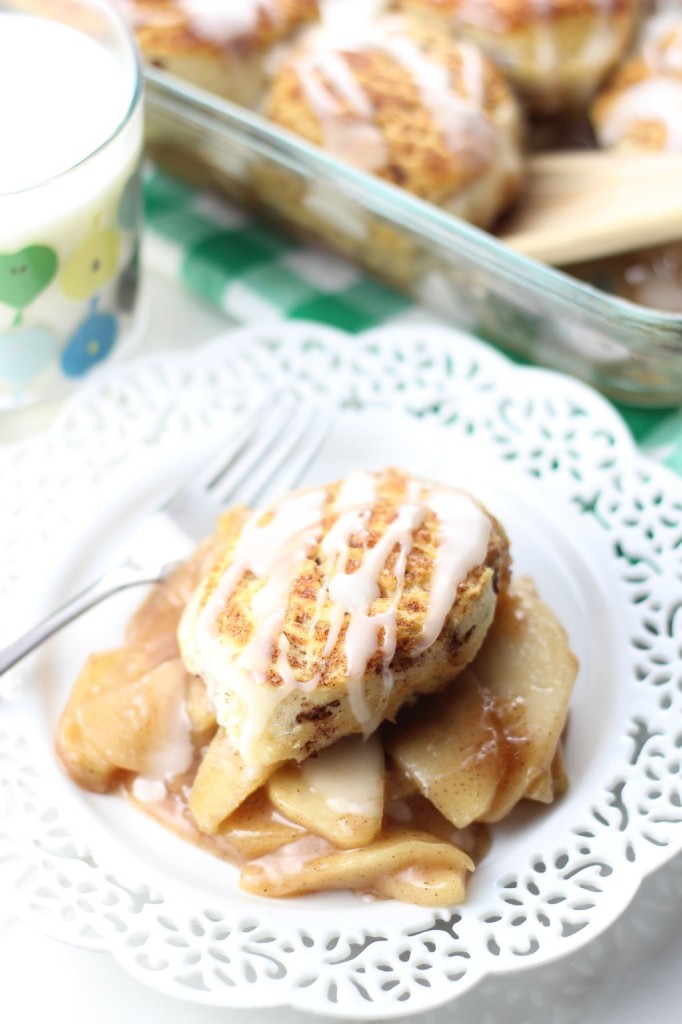 It is almost time. As much as I feel ready for fall, I don’t feel ready to post pumpkin recipes yet. I don’t know why. I’ve been shopping online for fall booties for about a month, and I finally found a few light jackets that will get a lot of use, and I’ve burned through three pumpkin/fall candles already, but I just can’t seem to pull the trigger on posting pumpkin recipes. Maybe when September arrives? I actually have 4 or 5 of them all set and ready to go – baking and eating pumpkin things has been no problem for me! We’re almost there though.

In the meantime, we’ll turn to another fall favorite… one that I totally neglected last year: apples. I have a BUNCH of great apple things coming up, and I’m excited to share them. My planning (or lack thereof) last year was very lopsided. It was all things pumpkin, all the time. Though, nobody complained. 🙂 I think I had one recipe with apples, this Apple & Tart Cherry Crisp, through the entirety of the season. This year, I’ve stepped up my apple game, and my recipe planning was a little more balanced! 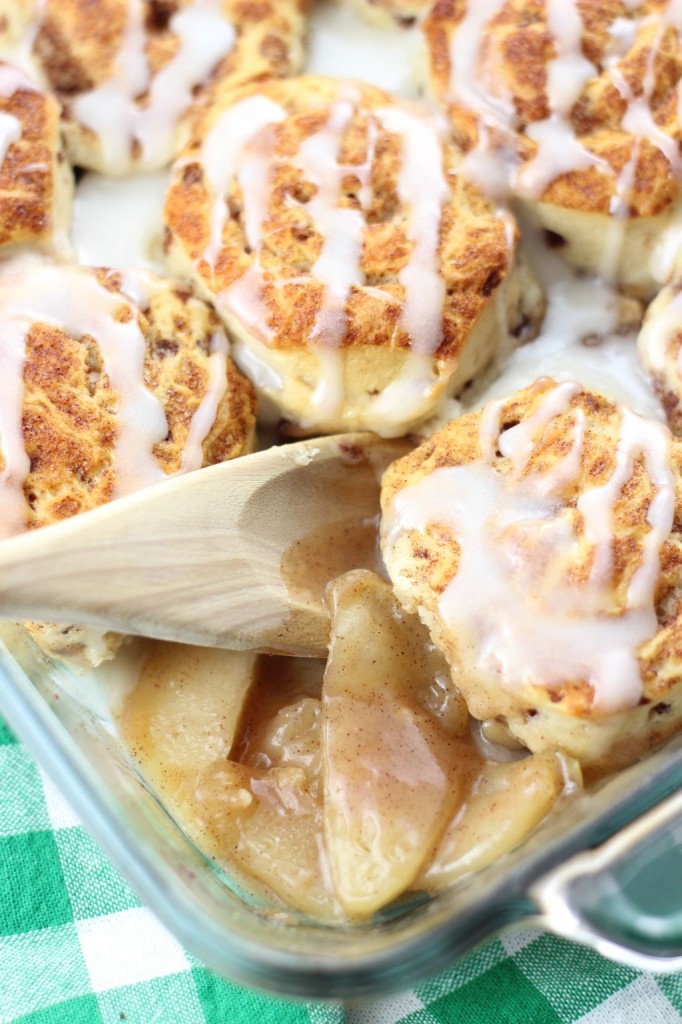 I am kicking off fall baking with one of my favorites first: this Apple Pie Cinnamon Roll Cobbler. I am so proud of this one. It’s killer.

You can make the dough from scratch if you’d like, and I’d check out these posts for my favorite from-scratch cinnamon rolls: these Cranberry Orange Walnut Sweet Rolls (for yeast-based option), or these Fig & Walnut Orange Cinnamon Rolls or Maple Bacon Pecan Cinnamon Rolls (no-yeast, no-rise dough option!). 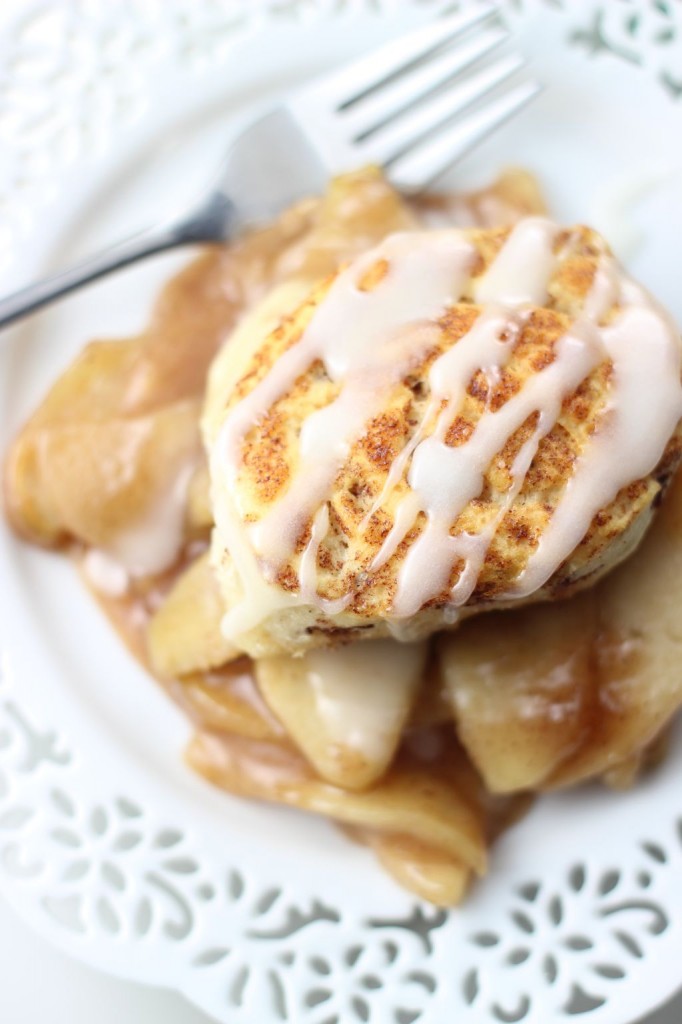 However, we are making the apple pie filling from scratch, so if you want to cut corners, just get the canned cinnamon rolls. You and I both know they are fabulous. No judgment zone here for taking shortcuts. I’ve confessed my love for canned cinnamon rolls in the past, and nothing about that has changed! 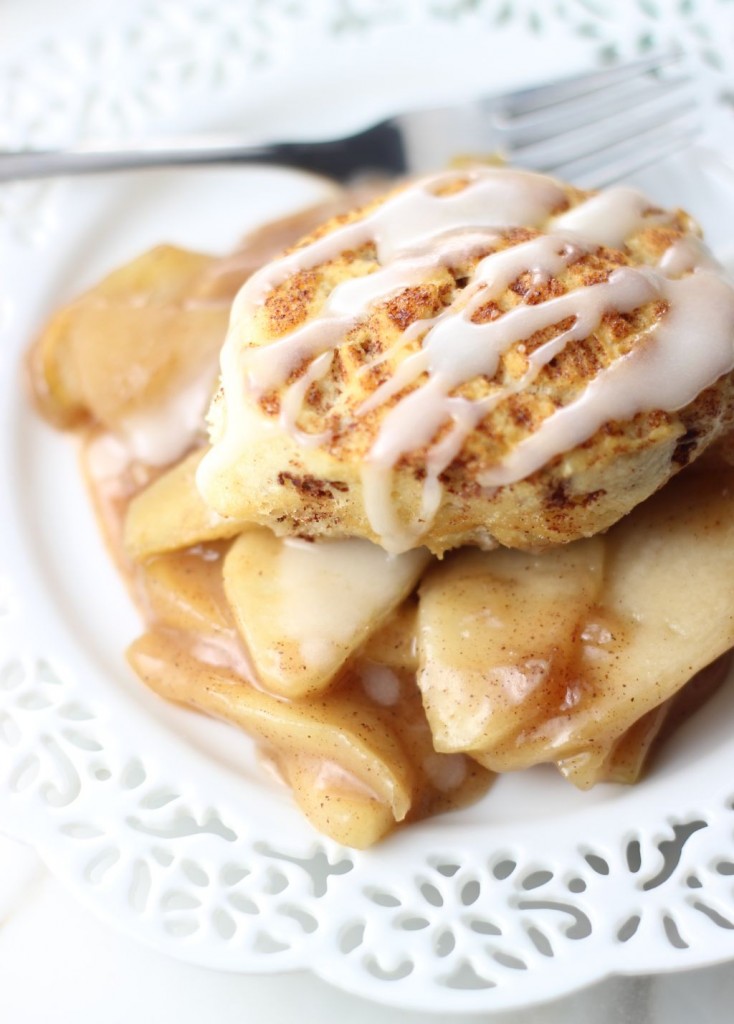 As it is, topping cobbler with glazed cinnamon rolls is just about the best idea ever, but the apple pie filling is still the star of the show. I based the filling off of my mother’s legendary apple pie recipe. A pie recipe that I haven’t shared yet here, and maybe I never will. It might be TOO good. I might have to continue safeguarding that one, but you can find her apple pie filling in these Apple Pie Cupcakes with Snickerdoodle Frosting. 😉

It’s not like most apple pie fillings where you just toss sliced apples with cinnamon and sugar. No. We cook a thick and gooey cinnamon-sugar syrup – an amazing sweet, cinnamon-y, and thick syrup! – that we toss the apples together with. It’s a quick and easy syrup (I promise), and something that you end up wanting to eat all on its own. But don’t, we need it for this Apple Pie Cinnamon Roll Cobbler. 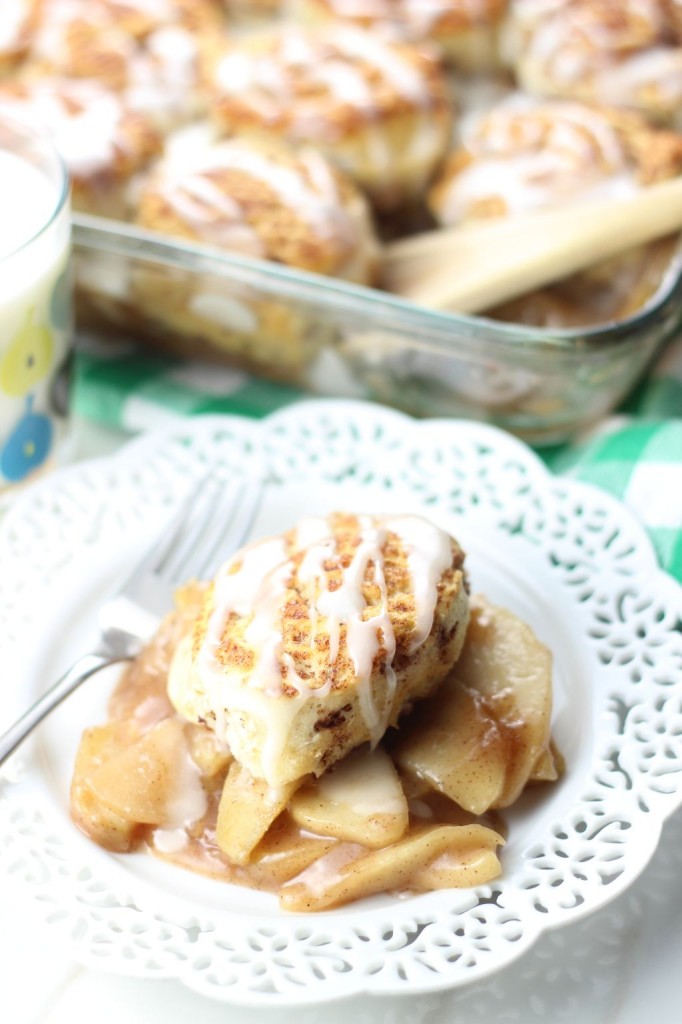 With the *best* apple pie filling out there, and glazed cinnamon rolls on top, this Apple Pie Cinnamon Roll Cobbler is an unforgettable dessert that you must try!

And for other fabulous apple desserts, do not miss the recipe for this Fireball Apple Crisp. Fireball makes that dessert something truly spectacular! This Gingersnap Cranberry Apple Crisp is totally delightful, and the crisp on top is made with gingersnap crumbs. So, so good. Lastly, if you’re an apple crisp fan, you *have* to try this Caramel Apple Crisp Cheesecake. There is nothing like baking an apple crisp on top of a cheesecake. Omg, it is to-die-for. 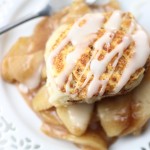 Inspired by Taste of Home. 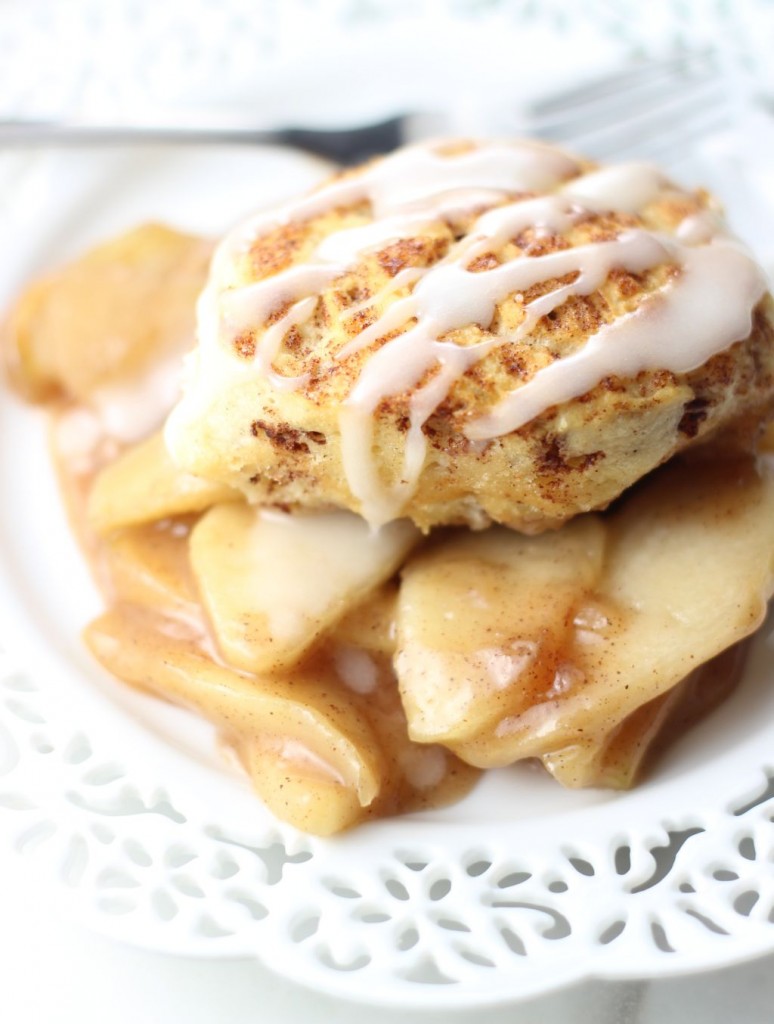