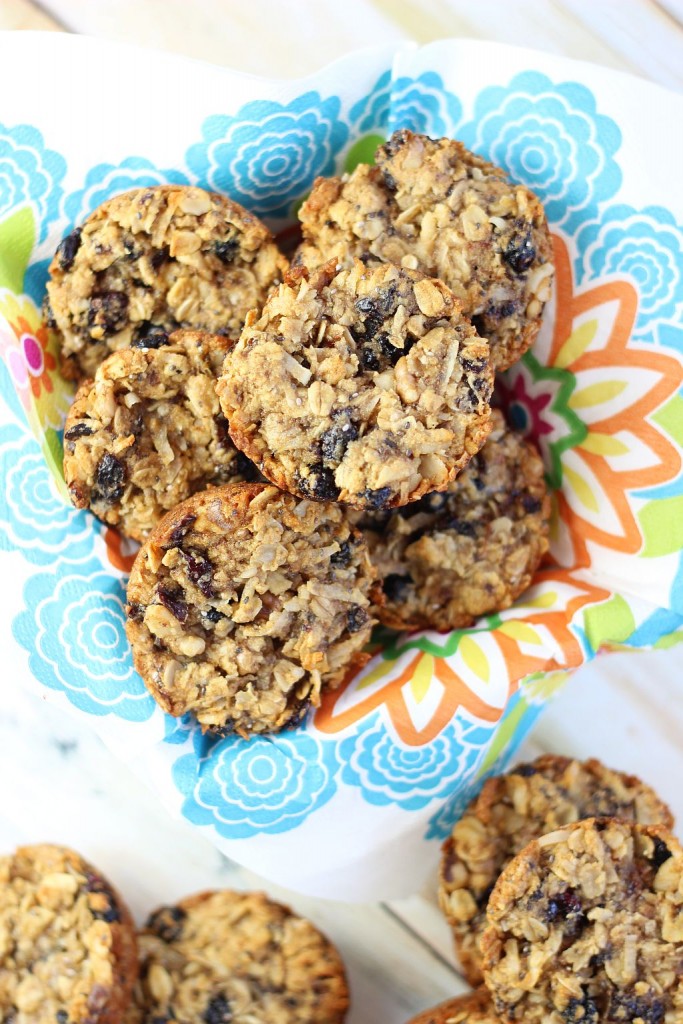 These are a funny little food. If I didn’t have my trusty Sam’s Club membership, I don’t know that I ever would’ve heard of Aussie Bites, but I am very thankful for the piece of plastic that gains me entrance into bulk food land. After discovering the awesomeness of these nuggets at the club, I can happily purchase mass quantities of them.

Or, as is my tendency, I can determine that I will recreate them at home with an Aussie Bites recipe. Which is what I did… because baking is fun and homemade food is always better!

They are a funny little food because they are like nothing else I’ve ever had before. Kind of a cross between an oatmeal cookie, a granola bar, and a muffin. I know. What does that even mean? These bites are soft and sweet like oatmeal cookies, and contain lots of oats, but are chewy like a granola bar, and a little cakey like a muffin. On top of the killer texture, they boast tons of dried fruit, nuts, coconut, honey, and even chia seeds. 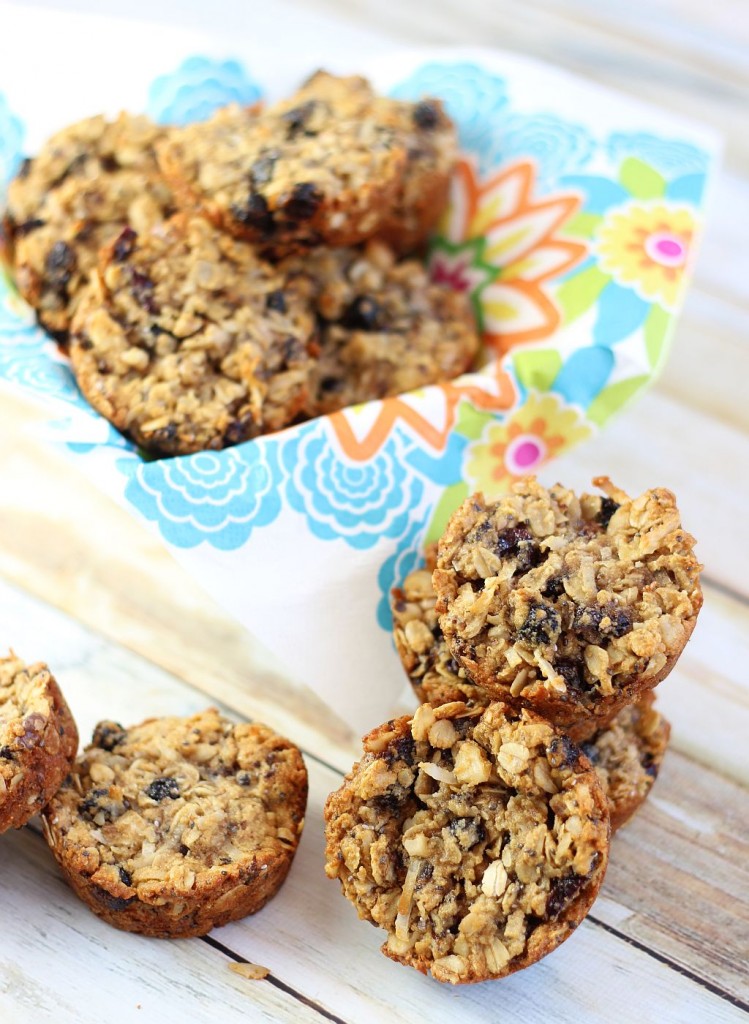 To recap, they’re a bite-sized-oatmeal-cookie-granola-bar-muffin with tons of flavor, and that pack nutritional power too! Oh, and welllll, they’re supposed to be bite-sized but I didn’t own mini muffin pans (that was a shocking discovery) until about a week ago, so they’re a little bigger than traditional Aussie Bites because I used a regular muffin pan. 😉

They’re sweet like a cookie, but you don’t have to feel guilty about these because they are naturally sweetened by the dried fruit and a little honey! They are also super versatile. You can really toss in any combination of fruits and nuts that you like. I am personally very partial to a mix of dried cranberries, blueberries, and walnuts. Divine. 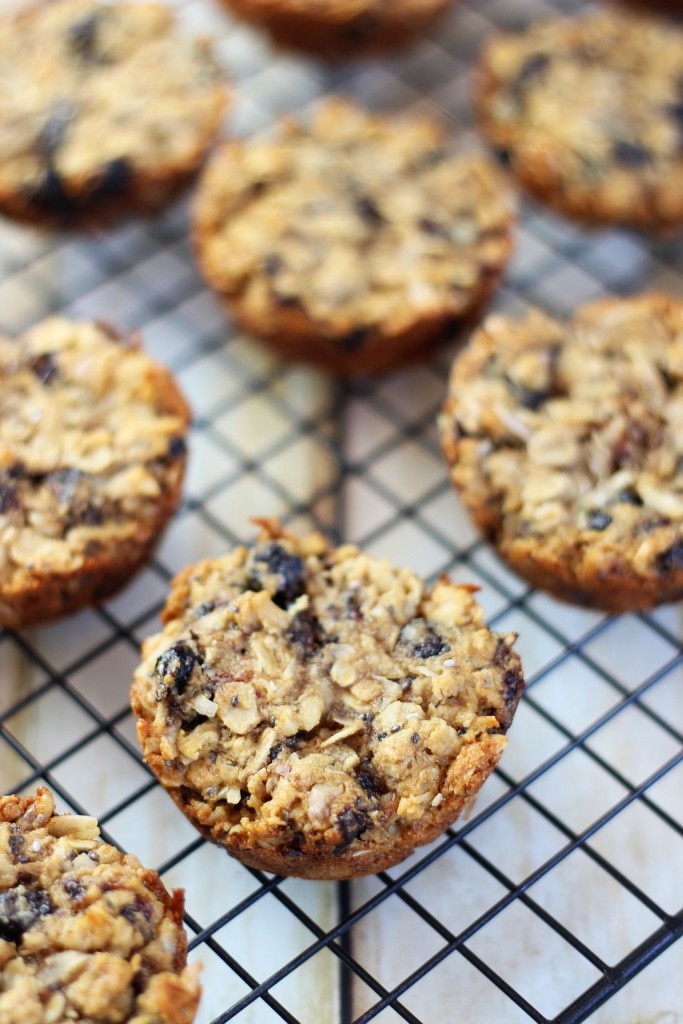 They make for the best snack ever – once you know what they are. I packed some of these for my S.O. to take to work and he doesn’t usually question any foodstuff that I hand to him. If it satisfies hunger, he’ll take it, no questions asked. He looked at them and posed a series of questions: “What are these? Are they supposed to look like that? Shouldn’t they rise or something?”

How dare he suggest that something I made didn’t turn out the way it was supposed to? Who does he think he is? Kidding, of course. It’s a fair question because these aren’t the prettiest food in the world and Aussie Bites are not exactly mainstream. But he loved them because they’re delicious, and he had several co-workers stealing from his stash. They’re a filling, hearty, and sweet snack, and one that you don’t have to feel guilty about either!