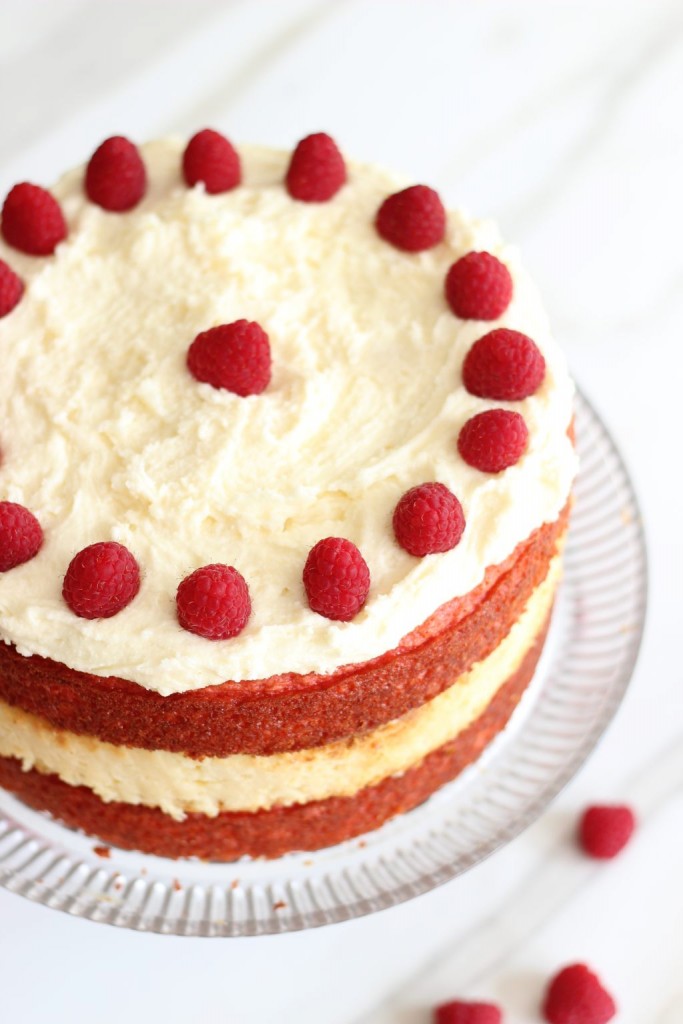 This cake!!! I’m SO excited to share this cake! I feel so proud of this cake, and it’s one of the more labor-intensive and impressive desserts that I’ve made. That’s how I feel about it anyway. Maybe you’ll feel differently! 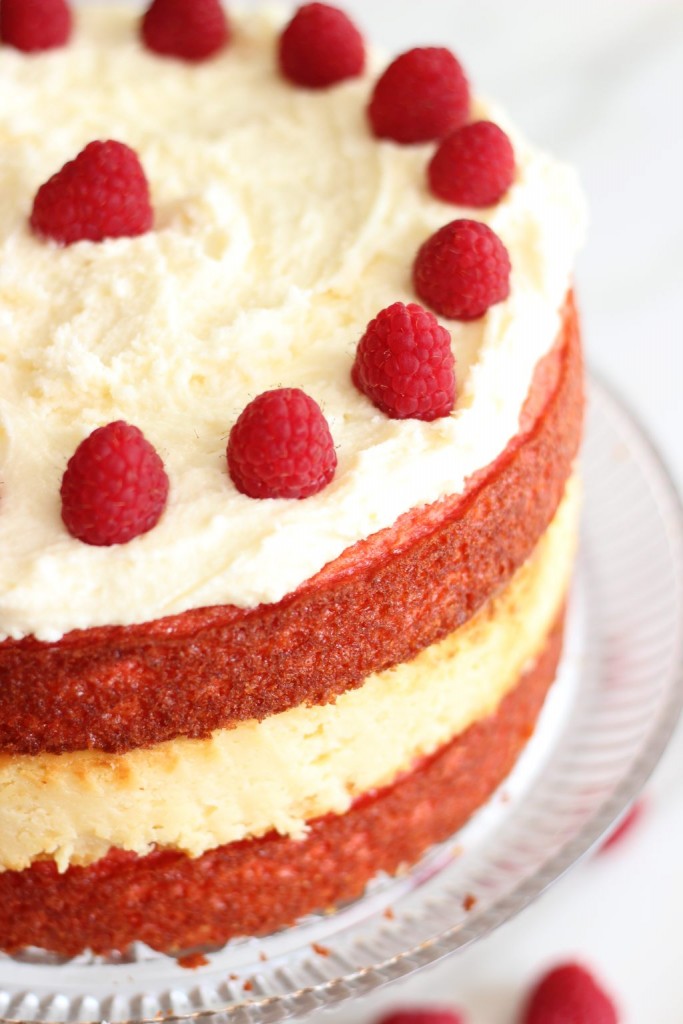 I’m all about quick and easy desserts most of the time. It’s fun to make something elaborate here and there, but for the most part, who has time for that? Not me. If the end result is still remarkable, then I’m happy to choose a short-cut to get there. 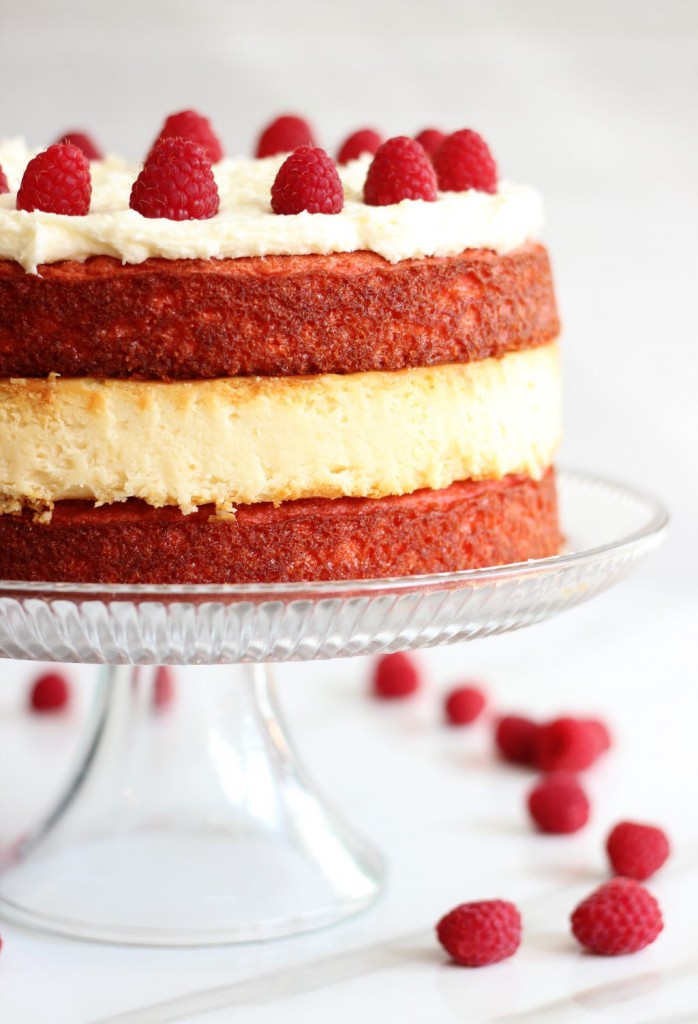 This isn’t a difficult cake to make or to assemble – it really isn’t, but it is time-consuming. It’s not the sort of thing you can whip together when you’re short on time. But your Valentine will definitely appreciate all the work that you put into it. If you want them to know how much you really, really, really care, then you present them with this cake. 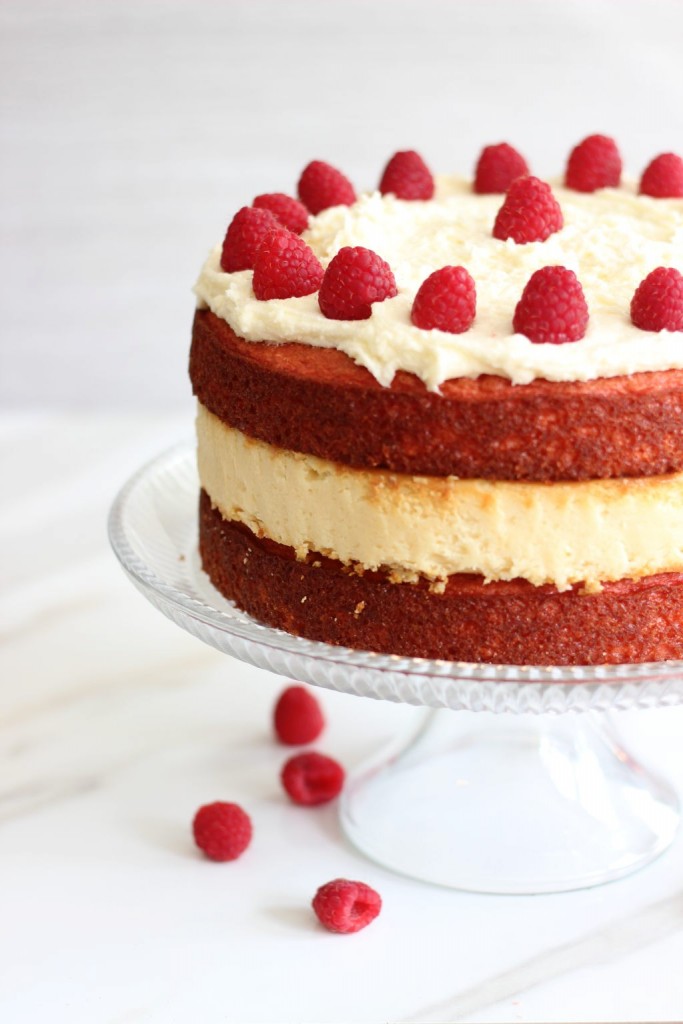 This is what I’m saying here – there’s an ENTIRE, whole, regular-sized, cheesecake as the filling for this cake! And it’s a white chocolate cheesecake… which is incredible. It’s so divine. I used my favorite cheesecake base, so creamy and rich, and all I did was add a whole lotta melted white chocolate. Bliss!

I added fresh raspberries to the cake batter the first go-round, and they just didn’t hold up well. It works out much better to just top the finished product with raspberries! 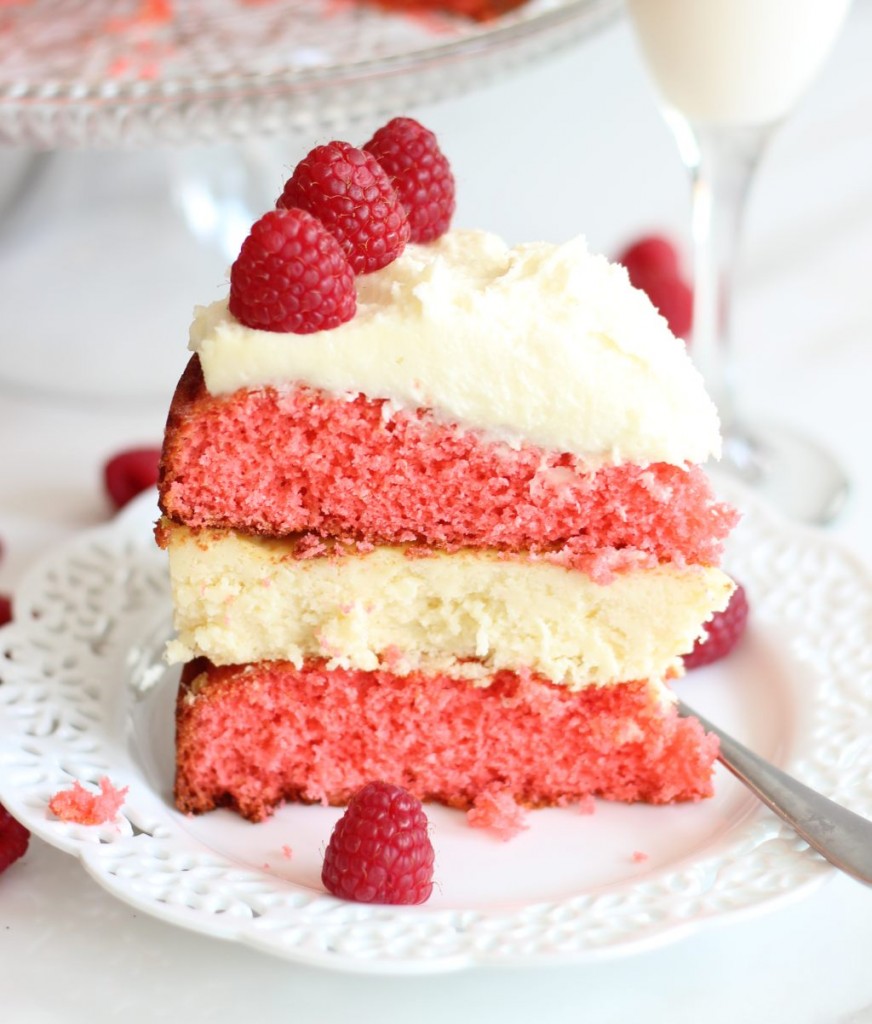 Top it with a big pile of fluffy white chocolate buttercream, and this will be a dessert that your special someone never forgets! 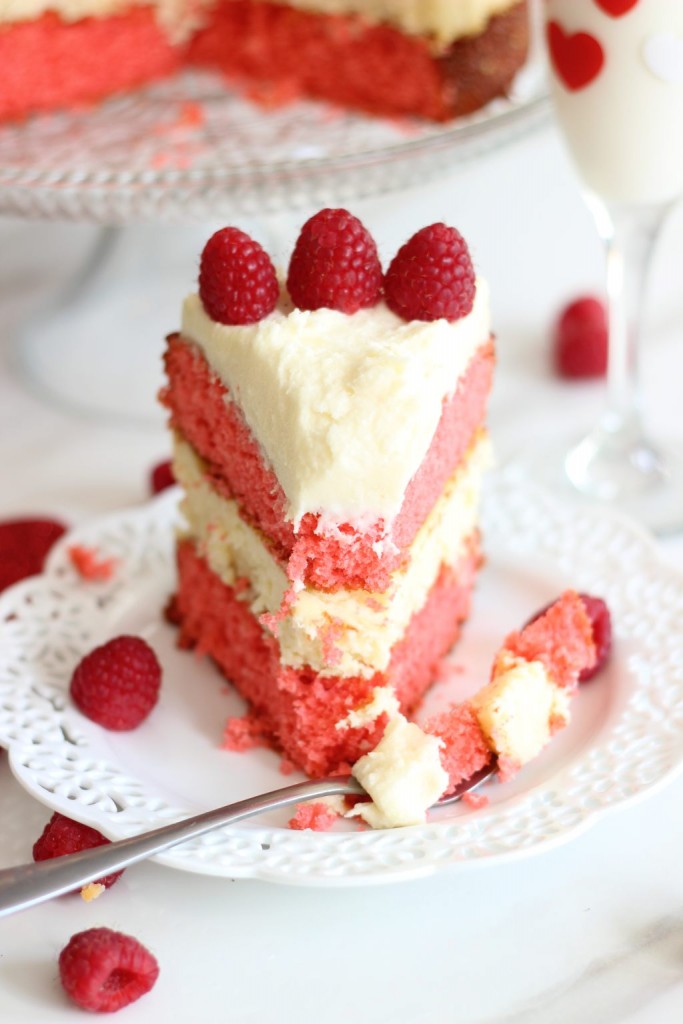 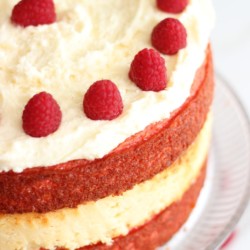 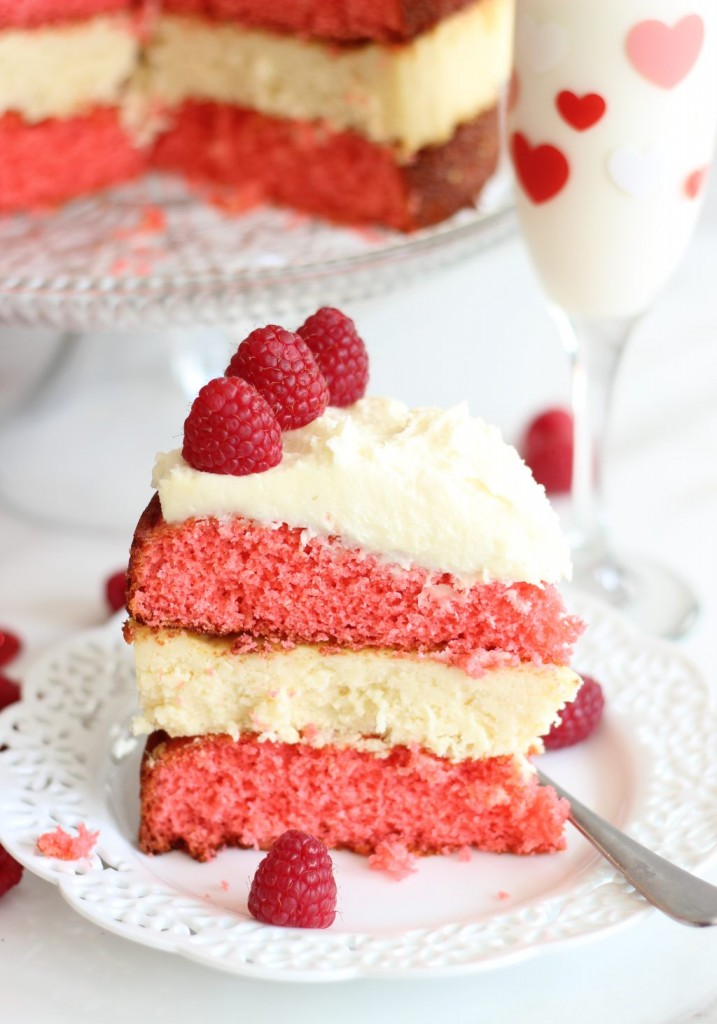