Red Velvet Brownies are layered with Chocolate Chip Cream Cheese Buttercream for an ultra-decadent holiday dessert that is certain to impress! With a little finesse, this Red Velvet Brownie Torte is easier than it looks! 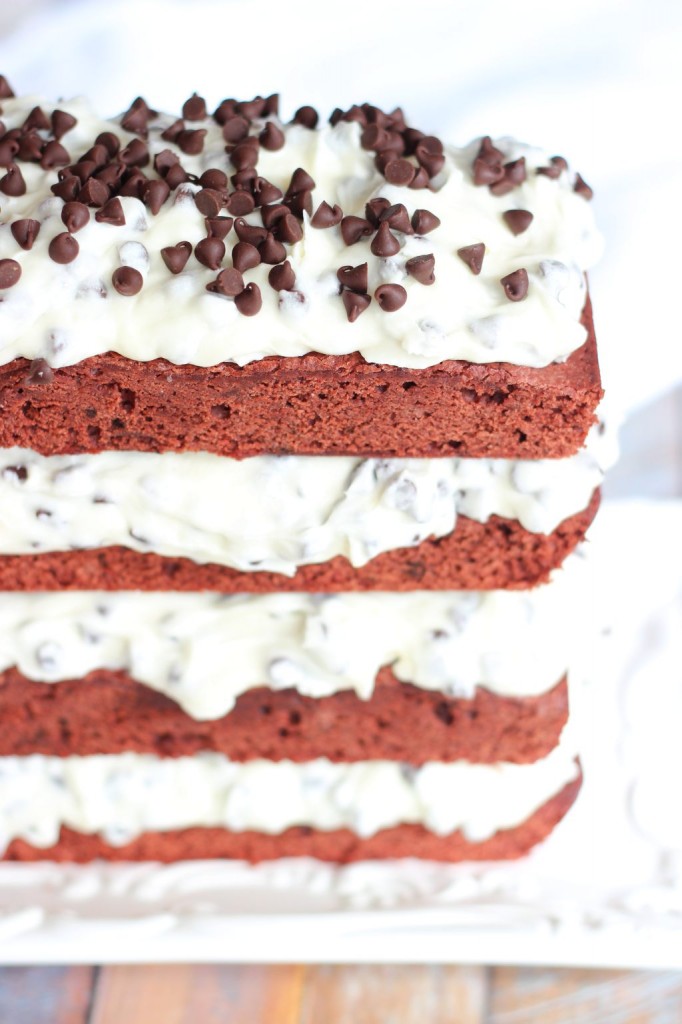 It feels unreal to be posting a Christmas-y recipe! As excited as I am for Christmas, I’m not mentally ready for it to be here so soon. Then again, who is? It’s just over a month away though, and it’s coming whether I’m ready or not. And although I had no qualms about posting pumpkin recipes for months now, I’m having a hard time turning the corner into straight-up Christmas recipes. 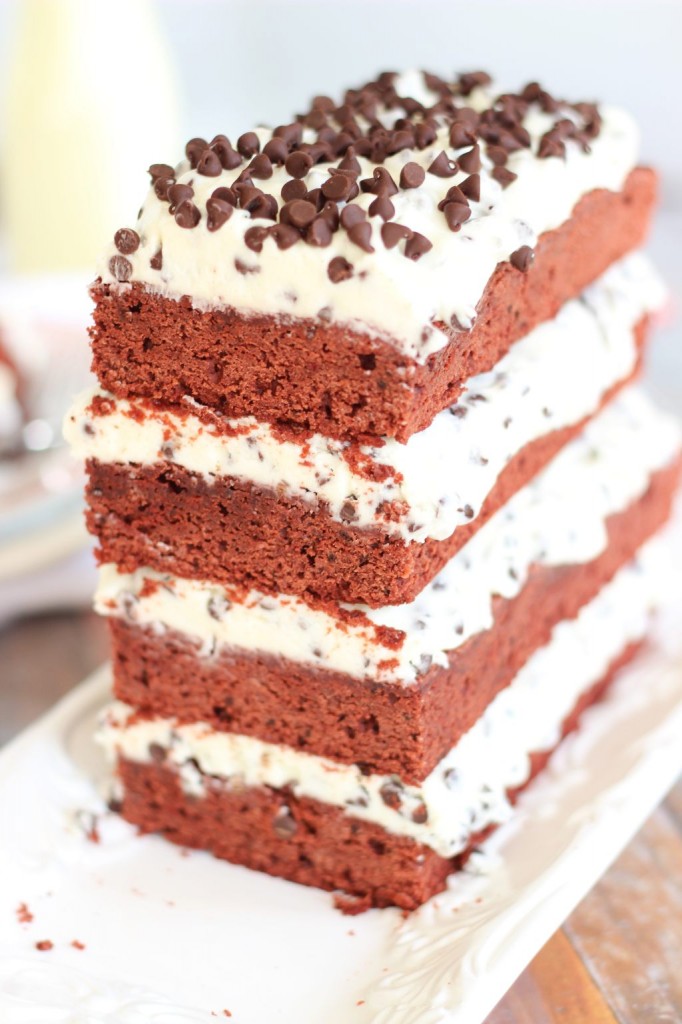 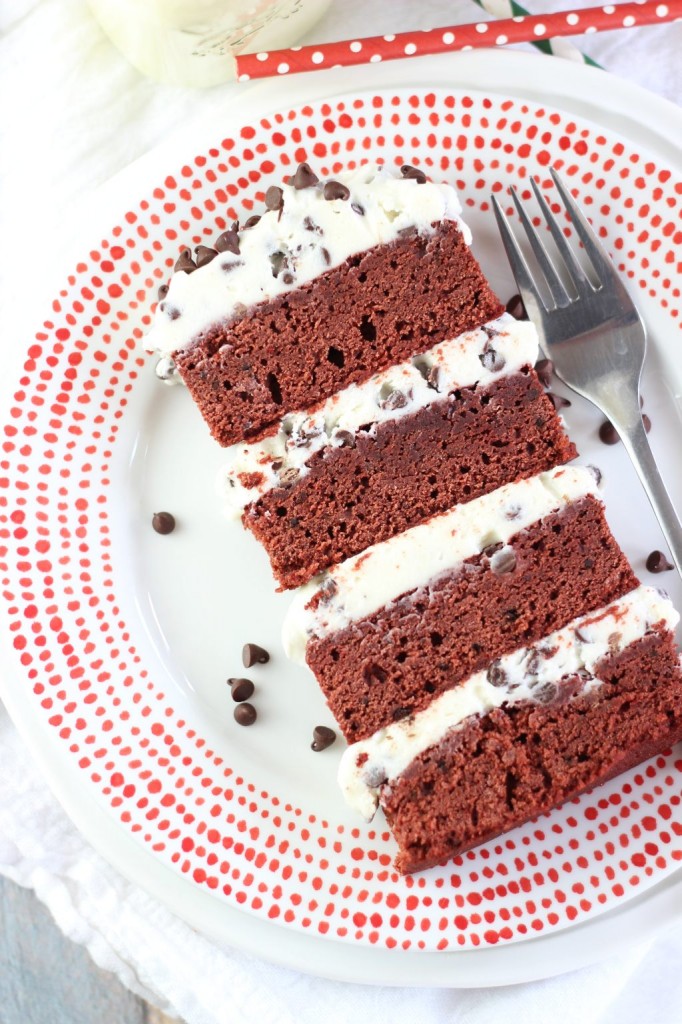 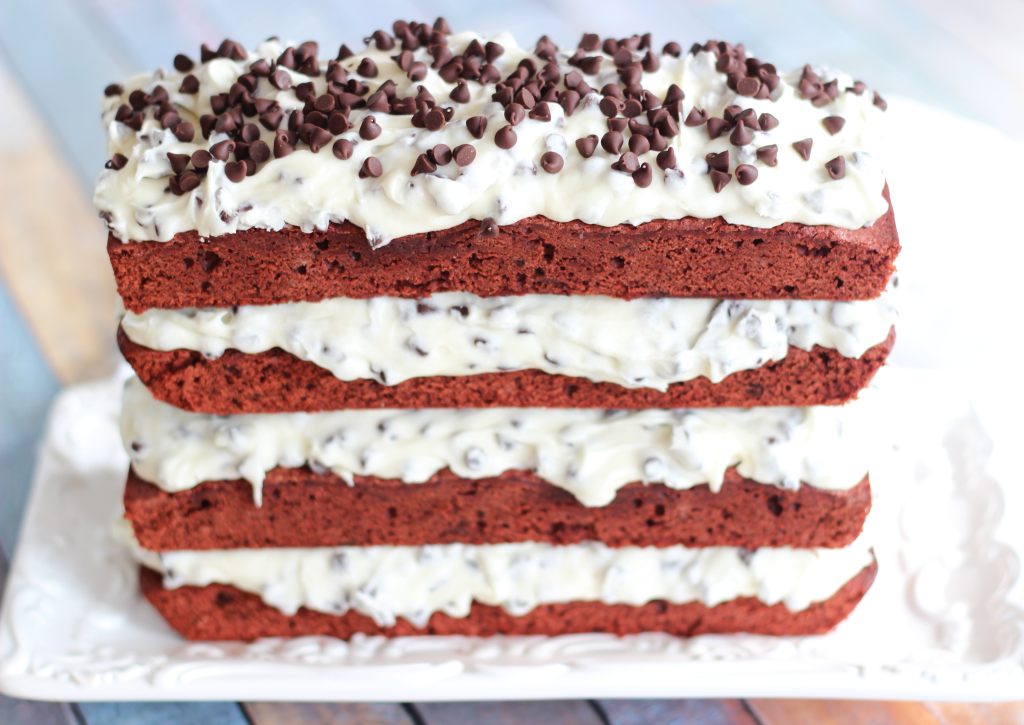 This Red Velvet Brownie Torte is inspired by what is quite possibly my very favorite recipe on the blog: my Peanut Butter Cup Brownie Torte. Slabs of fudgy brownie are layered with peanut butter buttercream and peanut butter cups in that dessert. It’s incredible. With Christmas rapidly approaching (eek!), I wanted to recreate that recipe with a holiday flair! 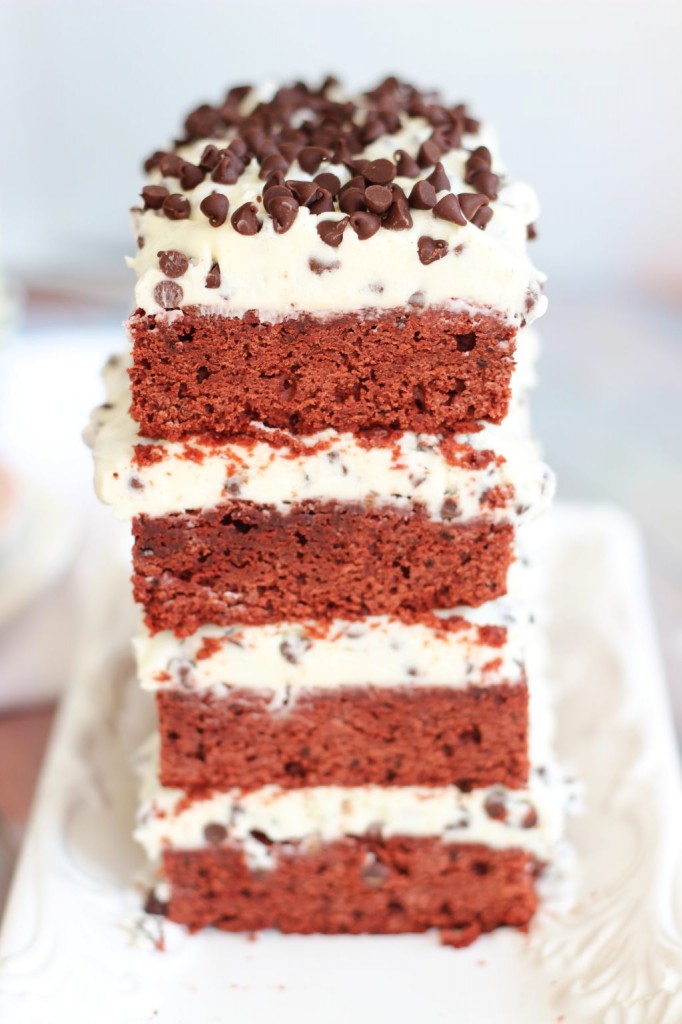 These vibrant and pretty brownie layers are soft and airy, but still somehow fudgy and rich. The crumbs are moist, and the brownies have that hallmark subtle chocolate flavor, with a side of butter and vanilla! Not to be overlooked, the cream cheese frosting is to-die-for. It’s fluffy and creamy, and the cream cheese flavor is the perfect complement to the light cocoa flavor of the brownies.

Don’t forget the chocolate chips. They add a little crunchy texture to each bite initially, but then the silky chocolate melts in your mouth blending beautifully with the tangy cream cheese frosting and the fudgy brownies! 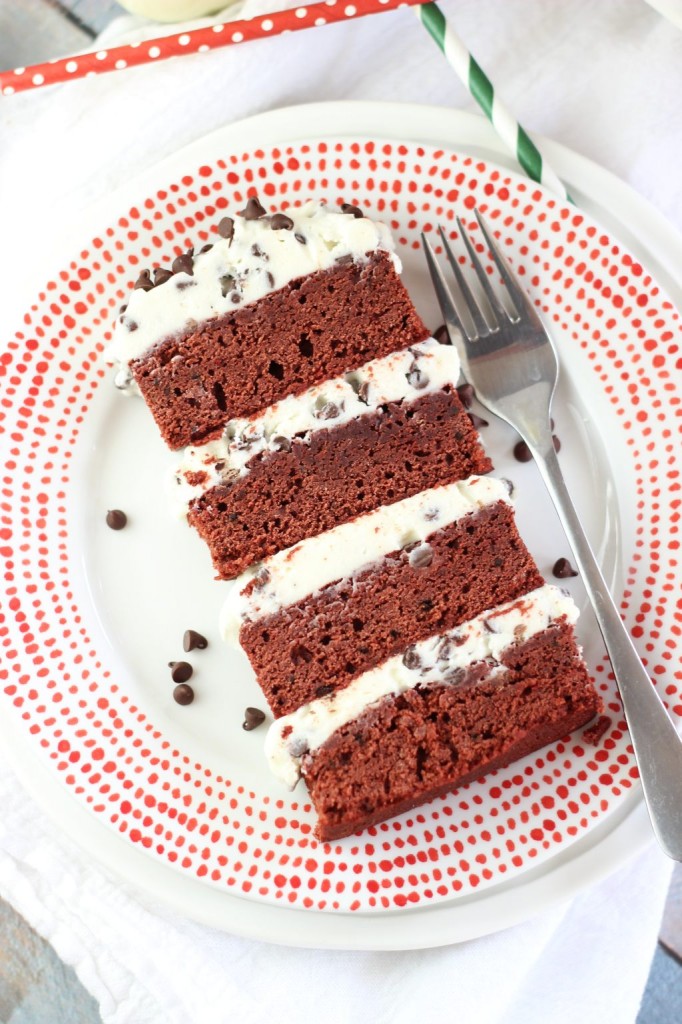 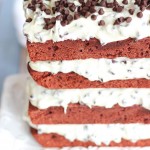 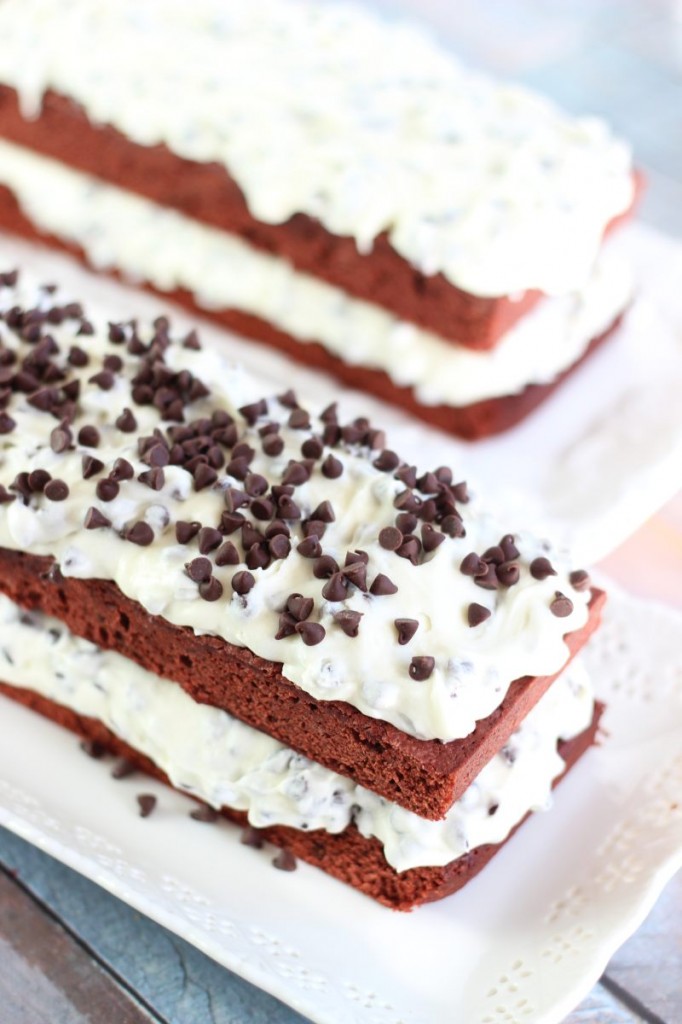 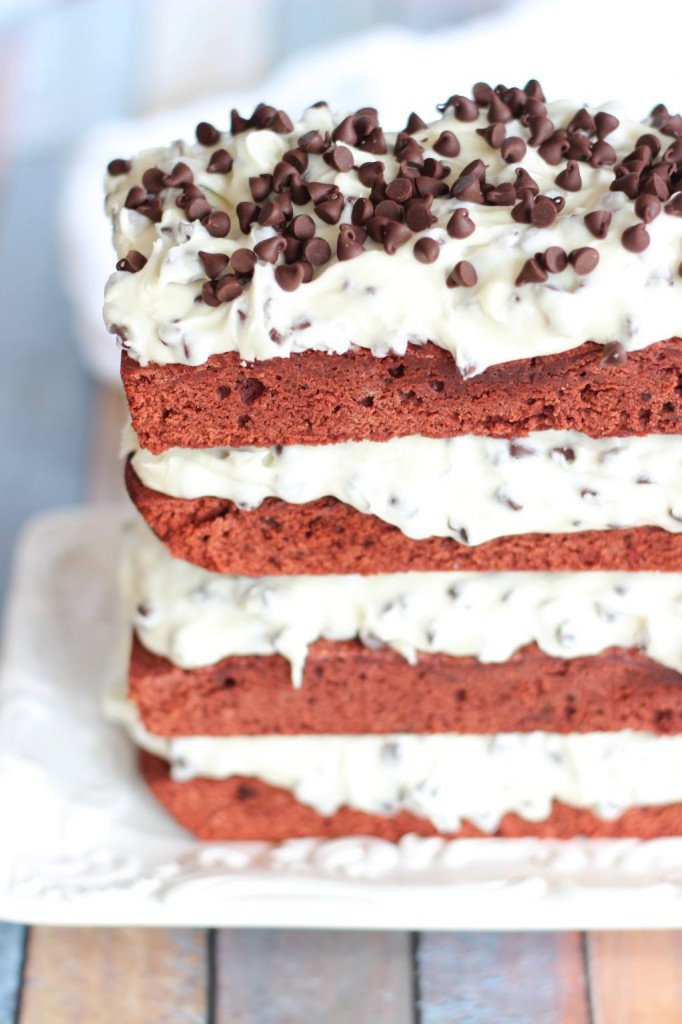