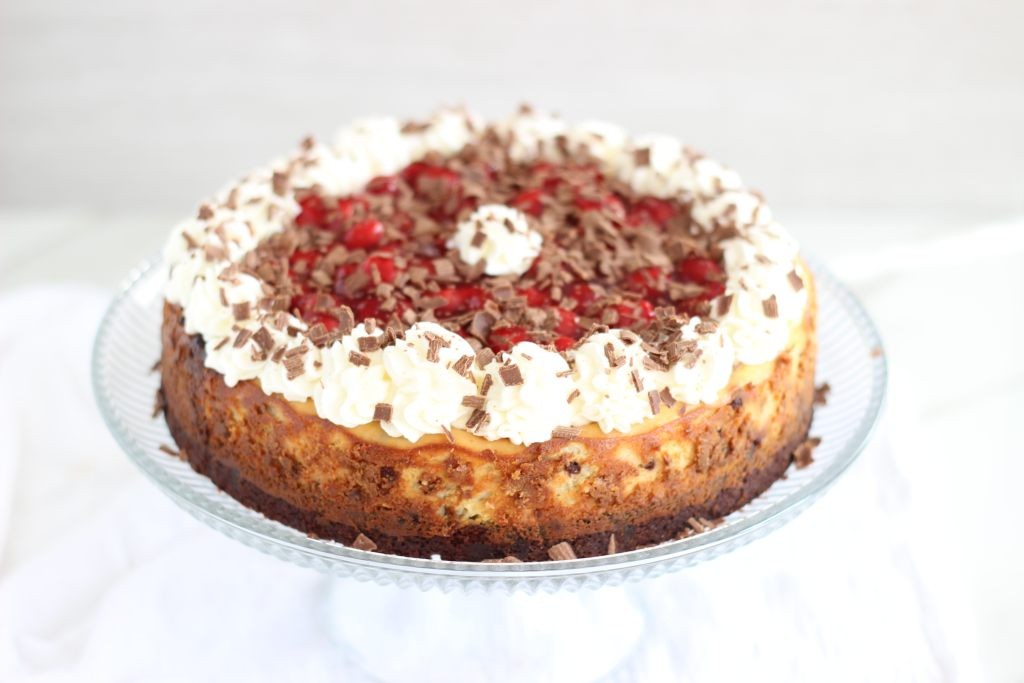 I come back to my Brownie Cheesecake recipe again and again because that basic recipe has never failed me, no matter how I tweak it, and because it’s simply SO GOOD.

I’ve made plenty of brownie-bottom cheesecakes, aside from this Black Forest Brownie Cheesecake.

A full, thick layer of fudgy, gooey brownies topped with a rich cheesecake. 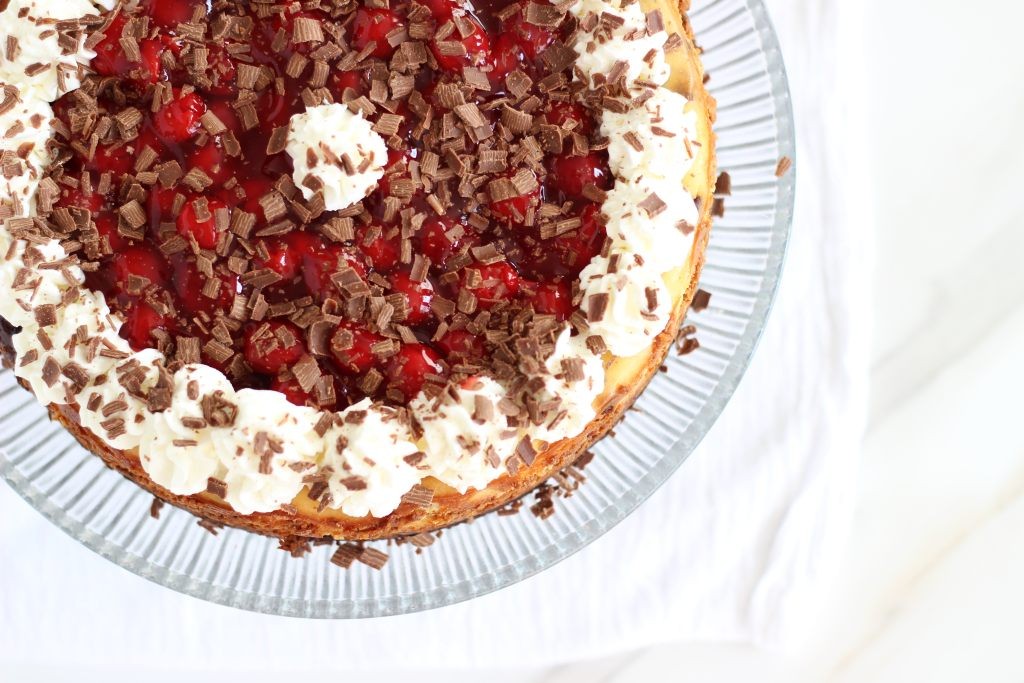 The latest version, this Black Forest Brownie Cheesecake, is no exception. 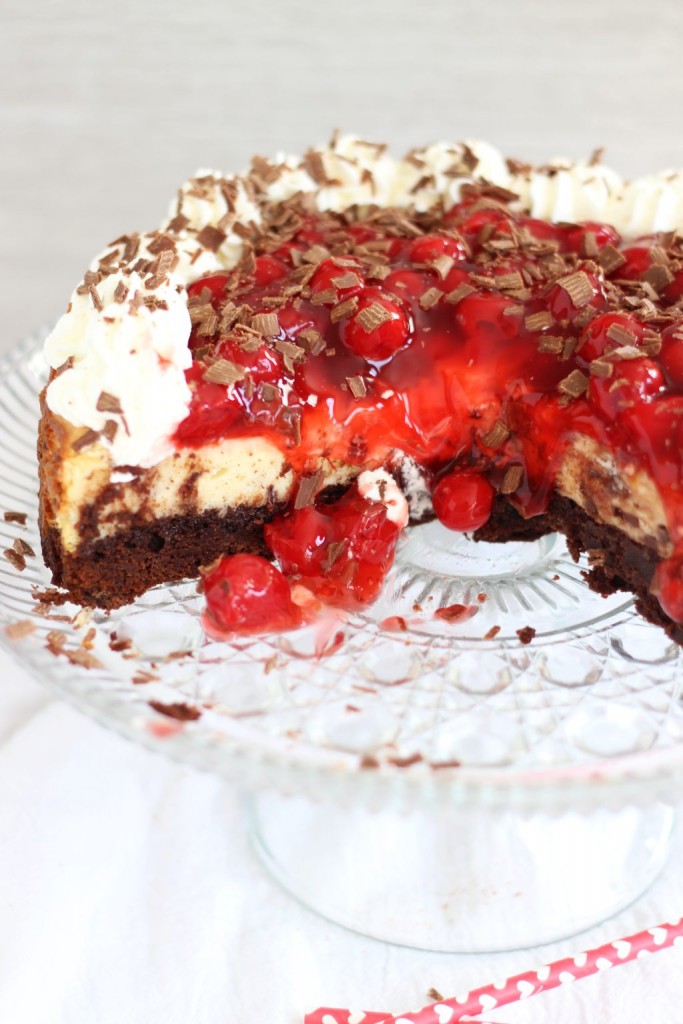 I love that it looks fancy and elaborate, and it kinda is, but it’s easier to make than its appearance might suggest. Deceptive desserts are the best kind! Super easy, but you wouldn’t know to look at it. 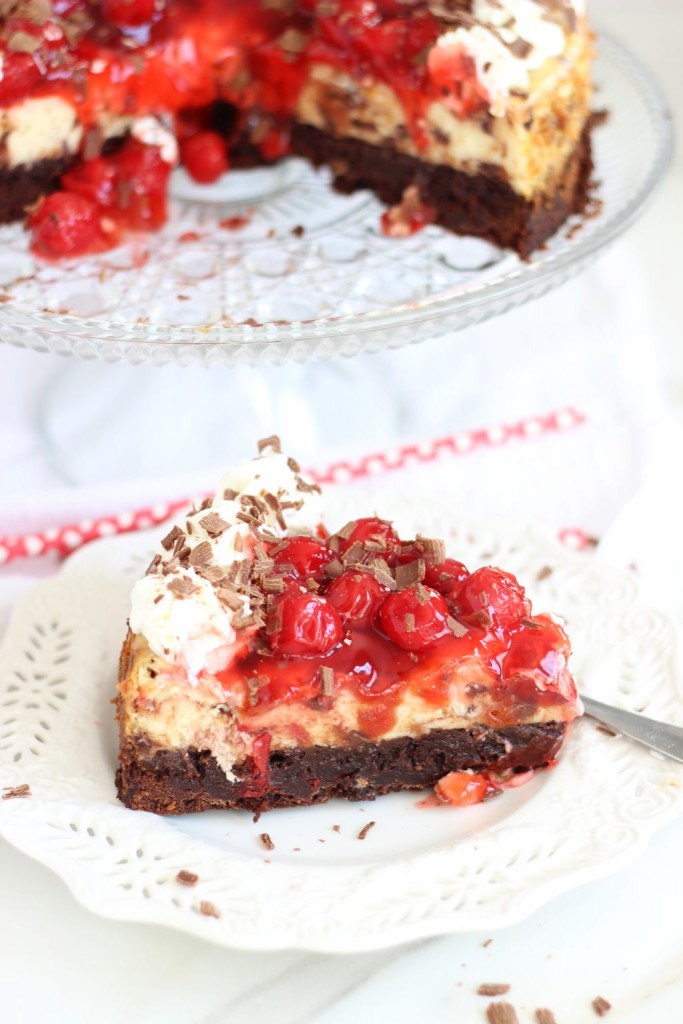 And the flavors, no one would argue that a Black Forest Brownie Cheesecake shouldn’t be a thing. Chocolate + cherry + cheesecake = yes.

A thick layer of rich, chewy, and chocolate-y brownie packed with melty chocolate chips, topped with a layer of creamy chocolate chip cheesecake, and swirled with a generous amount of cherry preserves. 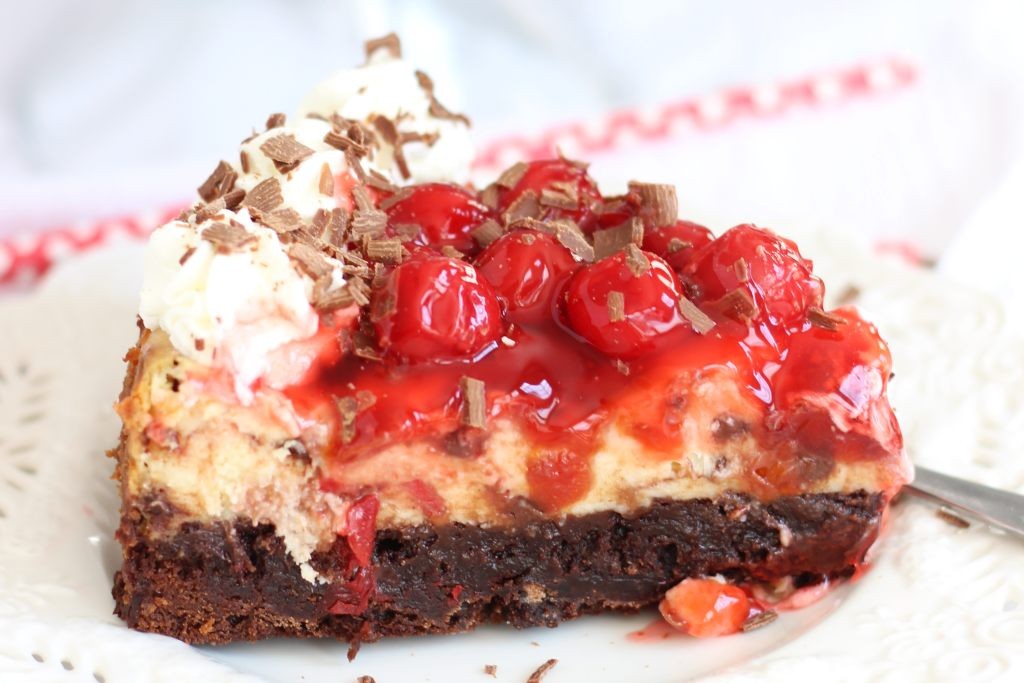 Baked to perfection, and then topped with cherry pie filling, chocolate curls, and whipped topping. Ahhhh, this Black Forest Brownie Cheesecake is a gem!

It’s decadent, romantic, and it looks like you slaved over it! Exactly what you want for celebrating Valentine’s Day! 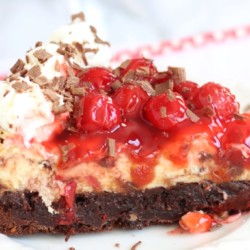 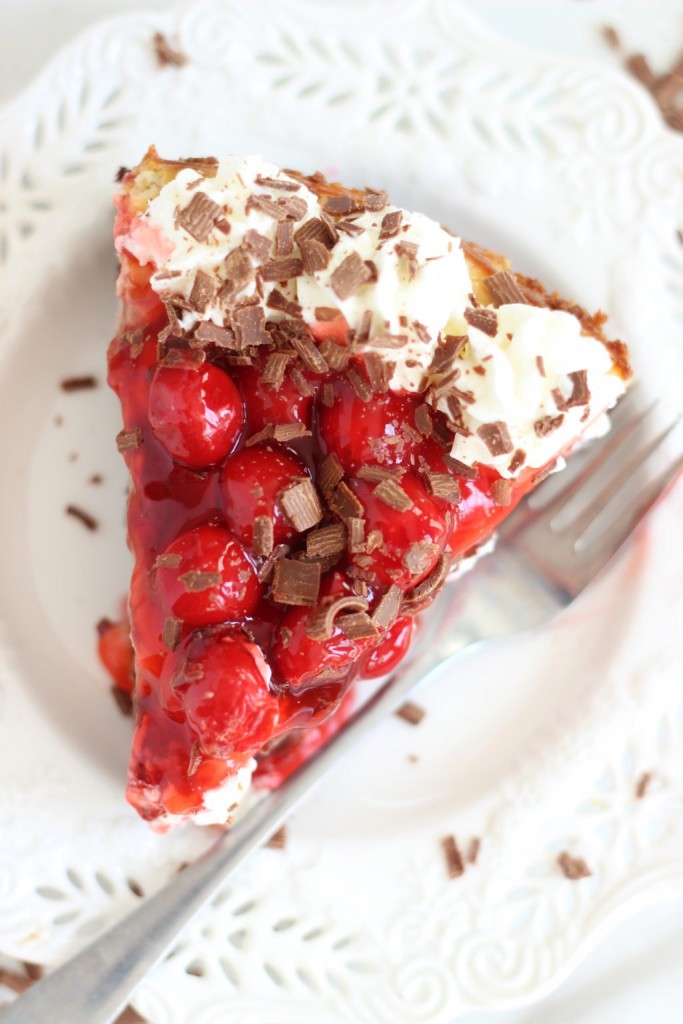 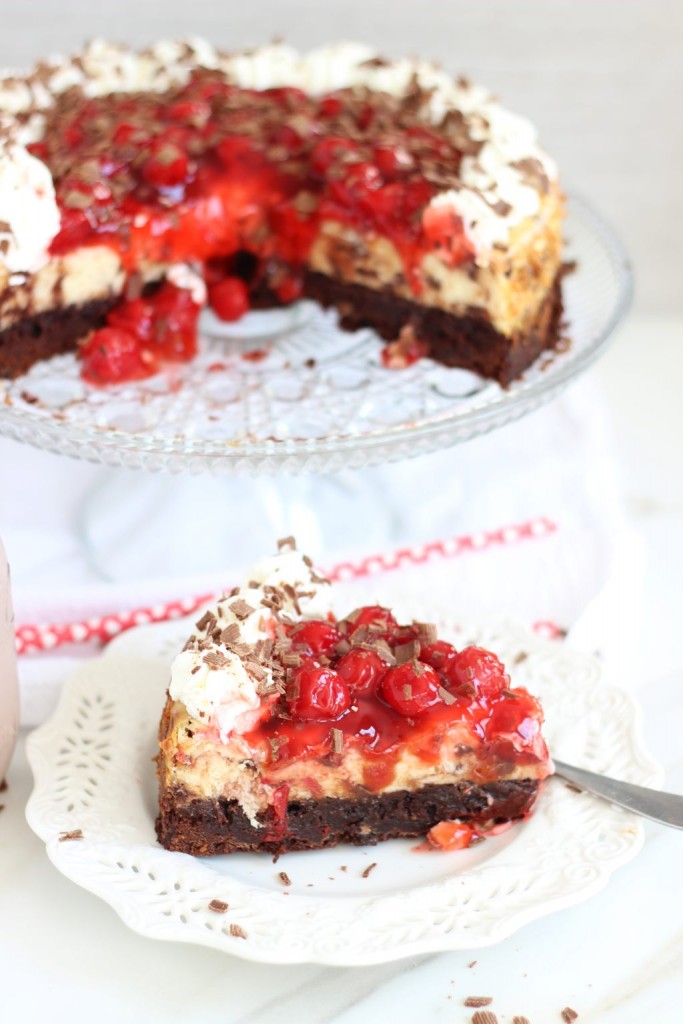