With a Nutter Butter cookie crust, a layer of no-bake chocolate cheesecake, and a layer of light, mousse-y, but rich peanut butter pie filling, this No Bake Chocolate Peanut Butter Pie recipe packs a punch, but it’s still quick and simple to prep! 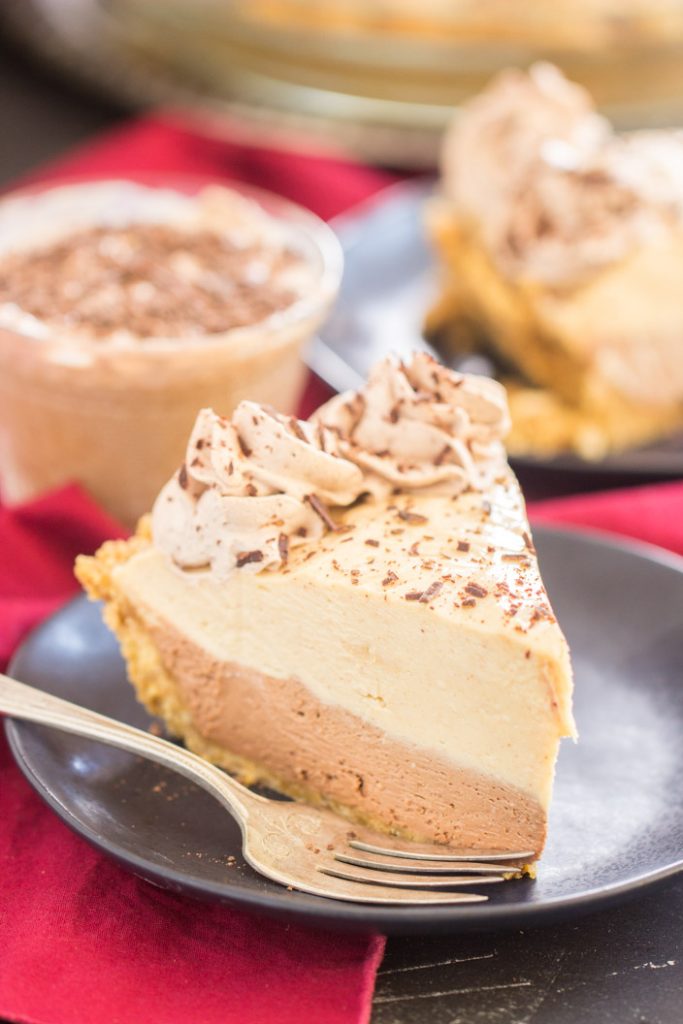 Hello, friends!! I have a new variation on my Gma’s No Bake Peanut Butter Pie recipe. It’s so inspiring and adaptable. If you’re a peanut butter lover, that pie recipe is a must-try. It’s rich, but light and mousse-y, loaded with peanut butter flavor, and you can prep it in about 10 minutes. 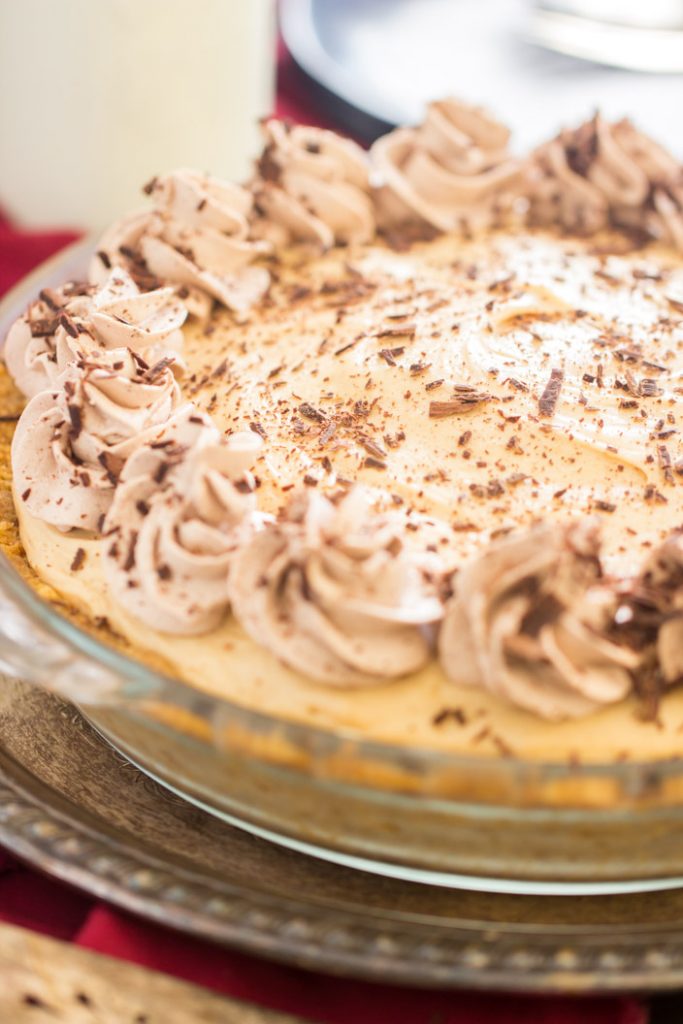 That peanut butter pie recipe is amazing and classic as-is, but it’s also an awesome canvas for creating other easy pie recipes. I would stop, but I love peanut butter, I love pie, and more importantly: you all seem to love new variations too. It’s delicious and simple, and who doesn’t need more recipes like that? 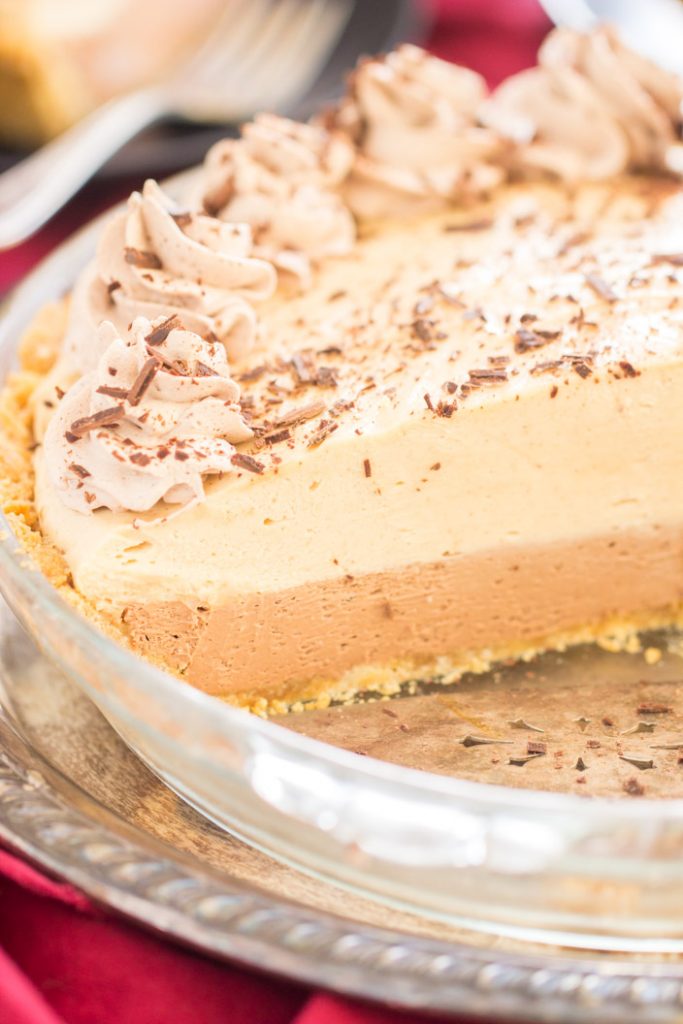 I’ve also made it with a pretzel crust though, and that’s pretty fun. 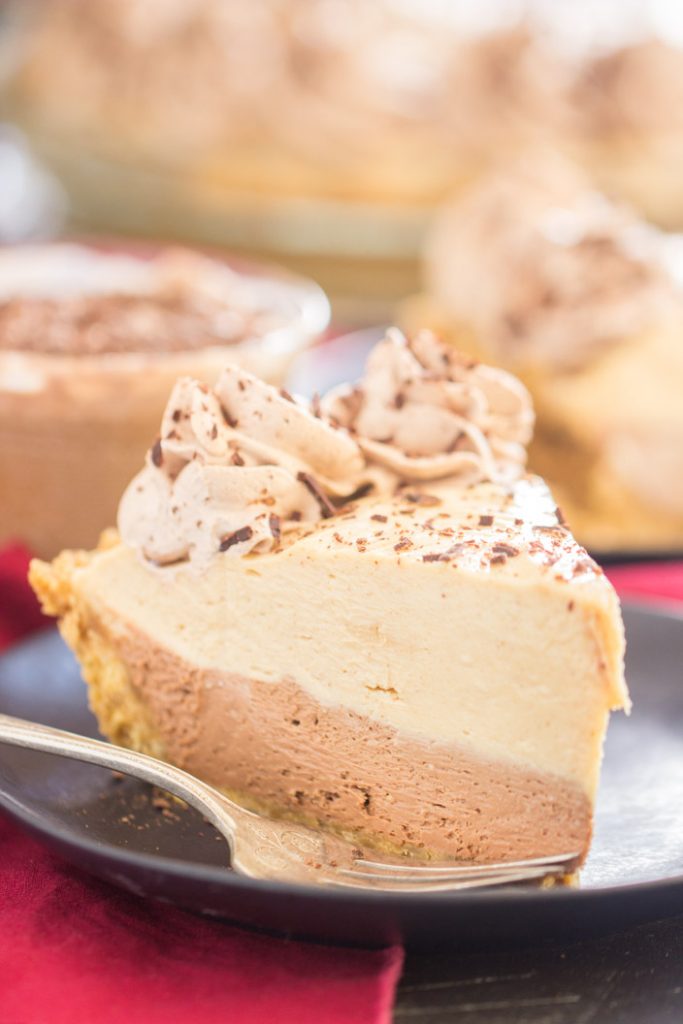 Spread that chocolate cheesecake into the Nutter Butter crust, and boom, we’re off to the races in this No Bake Chocolate Peanut Butter Pie recipe. 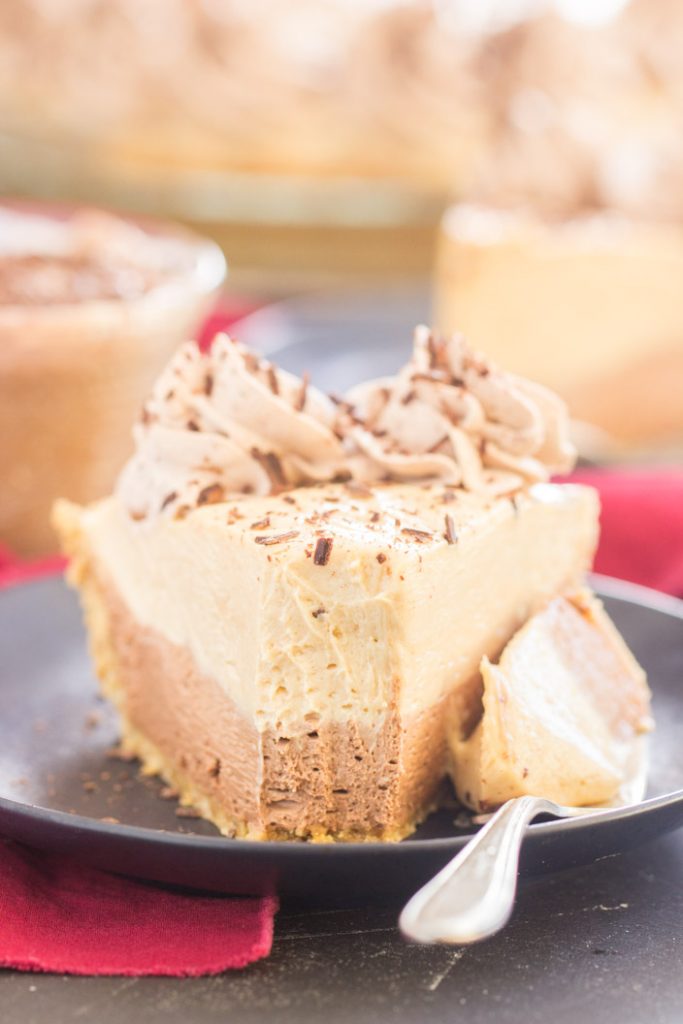 Last, but certainly not least, a layer of peanut butter pie filling from my Grandma’s classic pie. Rich, but light, and super peanut buttery. I actually included a bit of extra cream cheese in this layer too so that this pie has a cheesecake element to it. Altogether, there’s a lot of wonderful elements to a pie that is still super easy and quick to prepare!

Top this No Bake Chocolate Peanut Butter Pie Recipe with whipped cream and a few chocolate curls, and you’ve got the best of chocolate and peanut butter in an easy dessert! 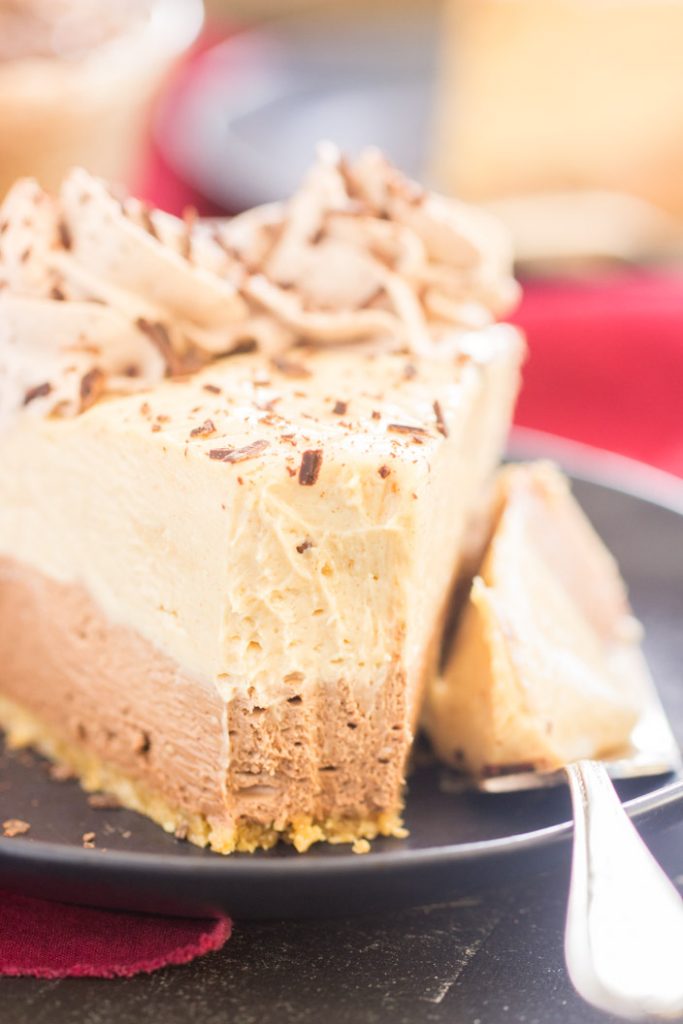 Last, but not least, this Banana Pudding Peanut Butter Pie recipe. It features a layer of banana pudding pie on the bottom with sliced bananas, and classic peanut butter pie filling on top! SUPER easy, but really beautiful and delicious!