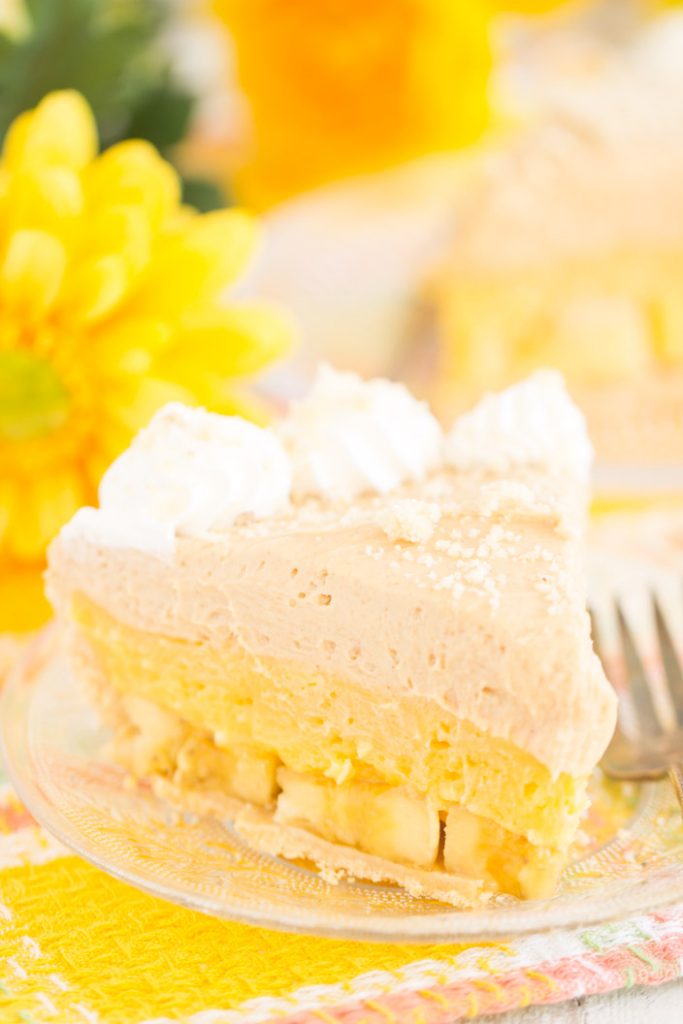 We almost always make my Grandma’s No Bake Peanut Butter Pie recipe, no matter what season or holiday, but this past Christmas was a rare occasion where we didn’t make it! I had to make it a few times after Christmas because it didn’t feel right to go through the holidays without it. 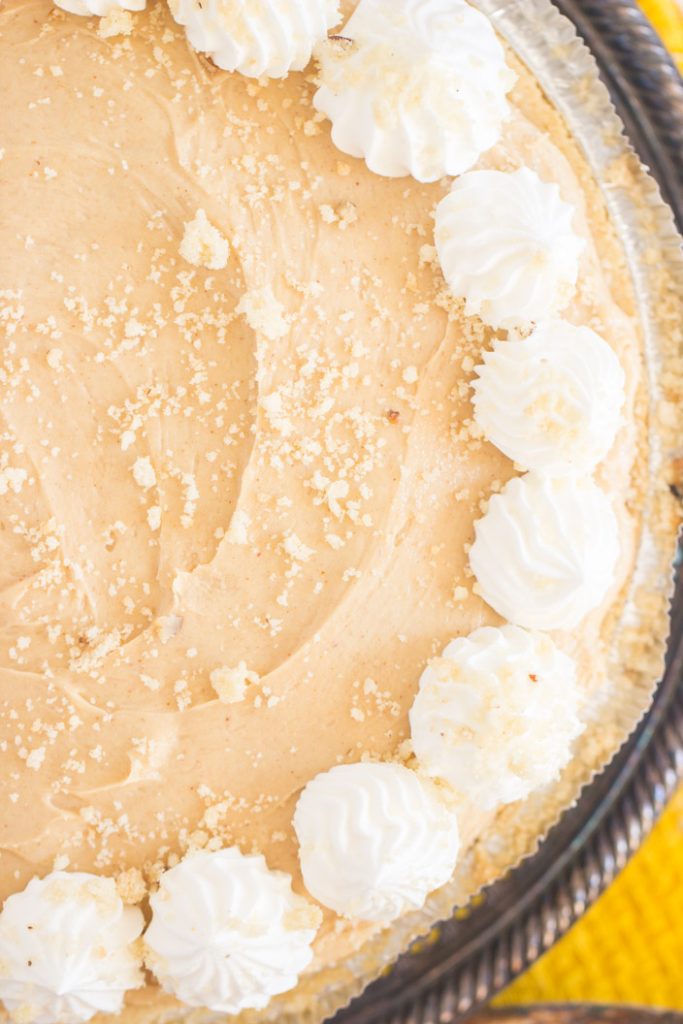 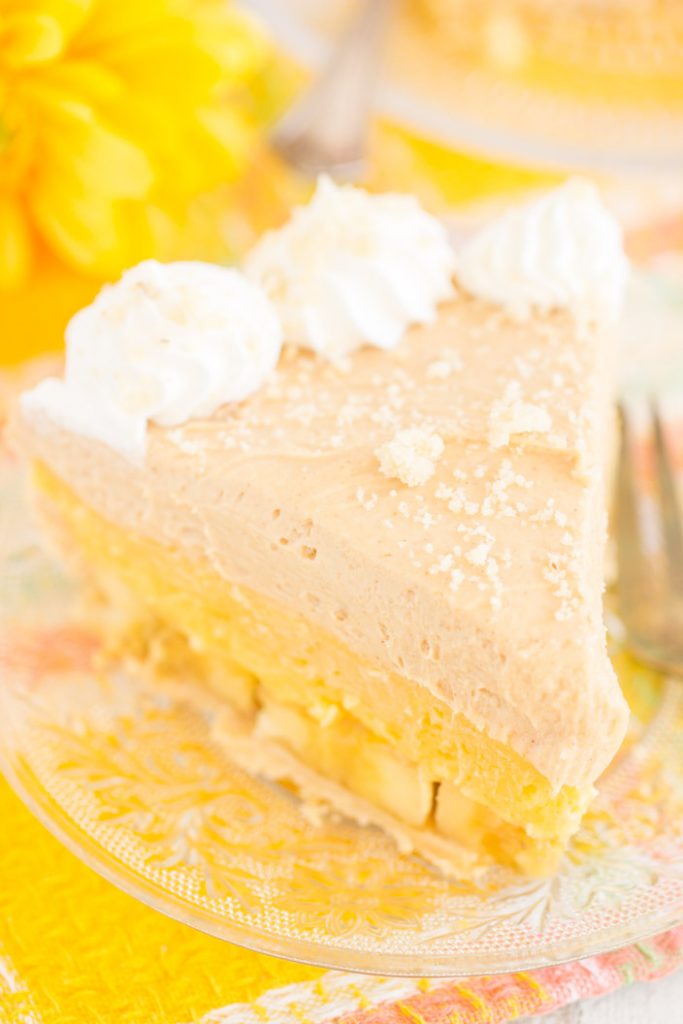 The idea for this pie came from my S.O. In early December, he looked at me and told me to make something that would use up our bananas. It’s exceptional that I can get my hands on bananas at all because he eats them so quickly, but we had quite a few to use up.

I was planning on making a new version of that peanut butter pie recipe anyway, and as soon as he told me to use up some bananas, the idea for this Banana Pudding Peanut Butter Pie recipe just clicked.

I discovered that I already had two boxes of banana pudding on hand too, so here we have it – a Banana Pudding Peanut Butter Pie. It was meant to be. 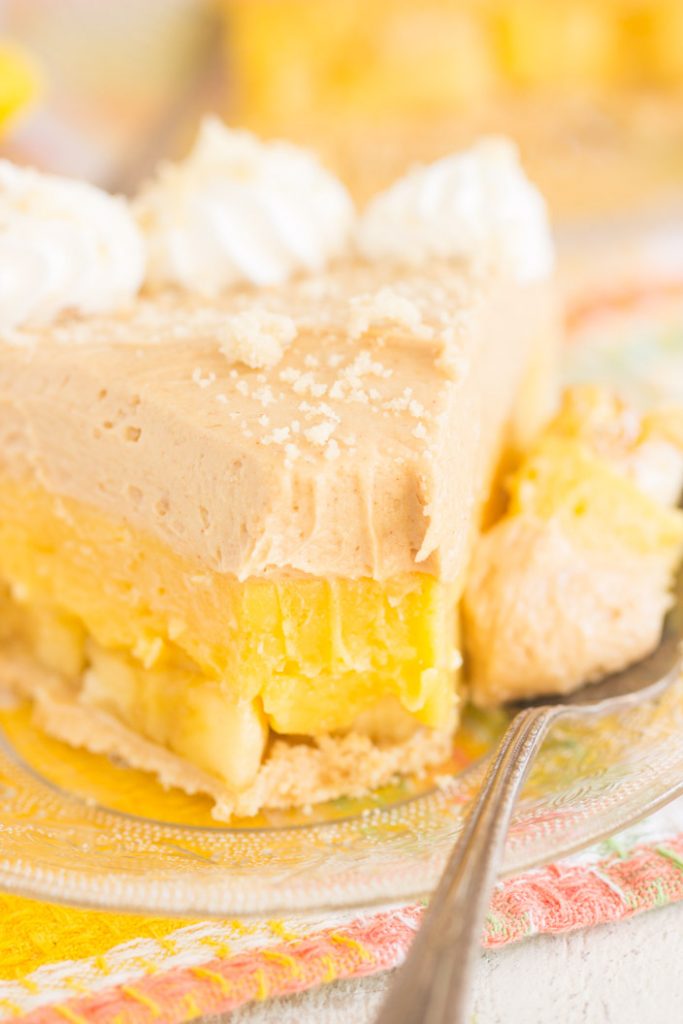 A layer of fresh banana slices, followed by a layer of banana pudding, and topped with light, mousse-y, traditional no-bake peanut butter pie filling! This Banana Pudding Peanut Butter Pie recipe is easily thrown together in a store-bought prepared crust, so it’s ready in minutes, but if you want to go an extra step, try a Nilla wafer crust! I plan to do that next.

I have a wonderful roundup of all my no bake pies, so if you’re looking for other simple pie options, check it out! 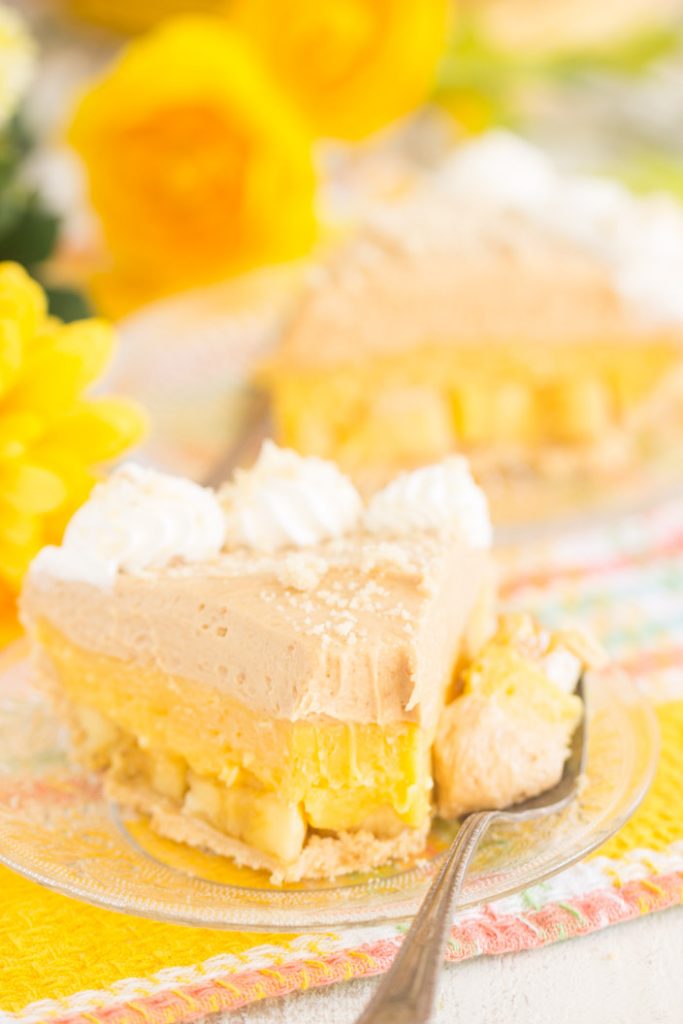 Then I’ve made that pie with a layer of fudge on the bottom – a black-bottom version, and smattered with a few peanut butter cups. It’s this Peanut Butter Cup Fudge Pie. Hello decadence! Even MORE Reese’s cups went into this Reese’s Cup No Bake Peanut Butter Pie recipe. It’s CRAZY with Reese’s cups.

Along the lines of combining chocolate and peanut butter, this one contains no candy, so it’s a bit less over-the-top, this No Bake Double Layer Chocolate Peanut Butter Pie Recipe. Love that one.. just a layer of mousse-y, creamy chocolate pie and a layer of peanut butter pie. Take a look. 🙂 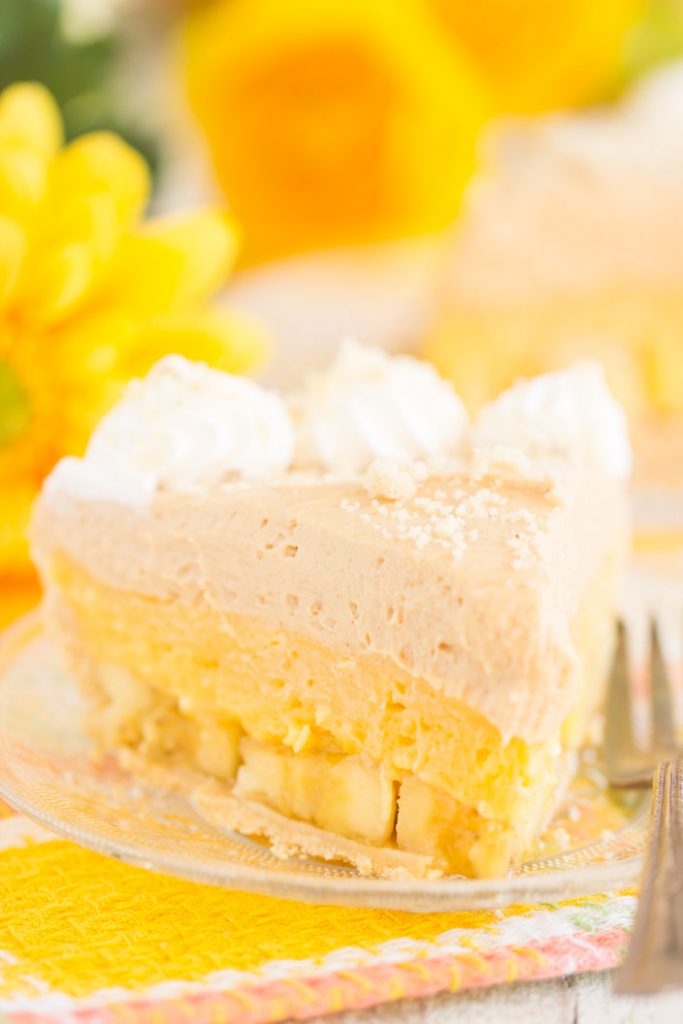