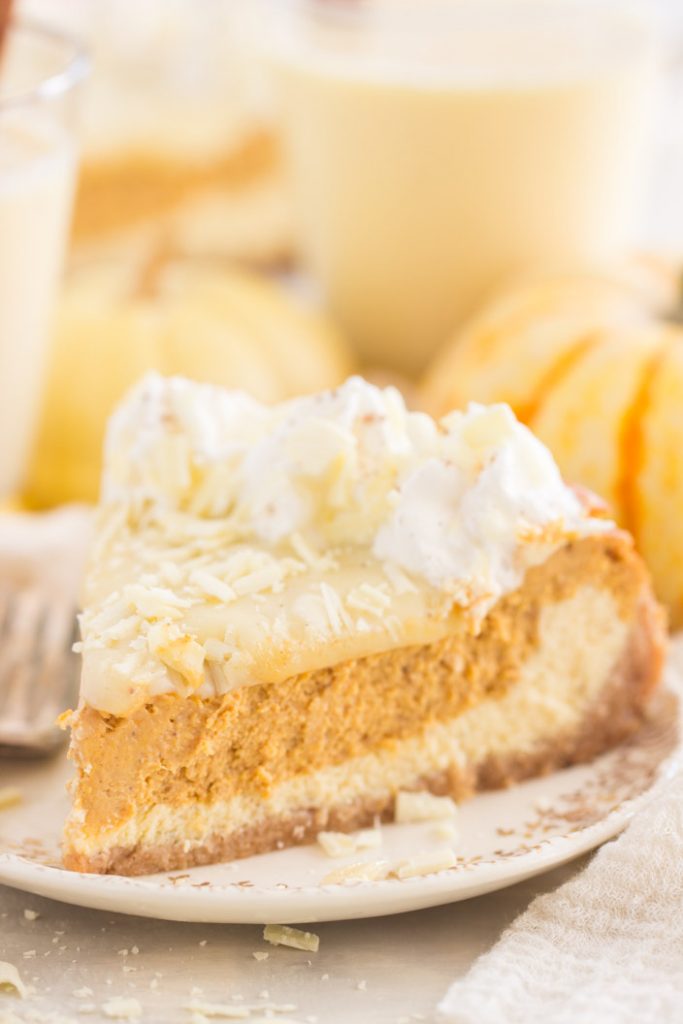 I made a layered cheesecake for basically every combo of eggnog, gingerbread, and pumpkin. 🙂 It’s hard to pick a favorite from the different varieties because they were all fabulous in their own special way. 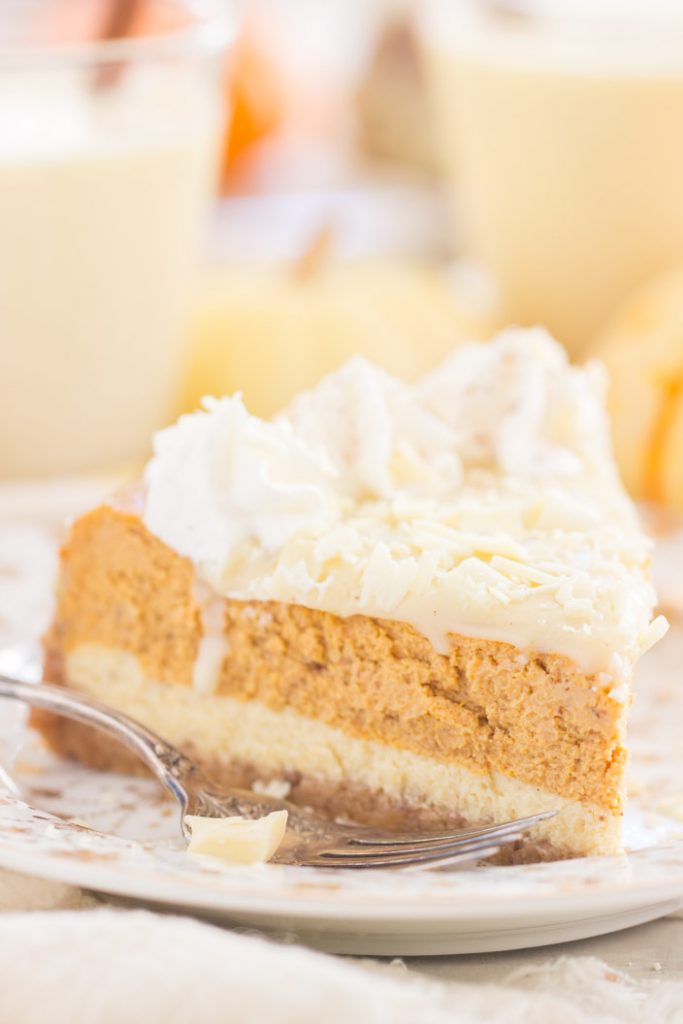 This Eggnog Pumpkin Cheesecake starts with a crust made from crushed pecan sandies. You can use any shortbread cookie, or any ‘sandie’-type cookie. I use a lot of different cookies for crusts, but my go-to is always a shortbread crust. It’s just so buttery and rich, it doesn’t compete with other flavors if I want the focus to be on the cheesecake, and it’s much less bland than, say, graham cracker crusts… IMO. 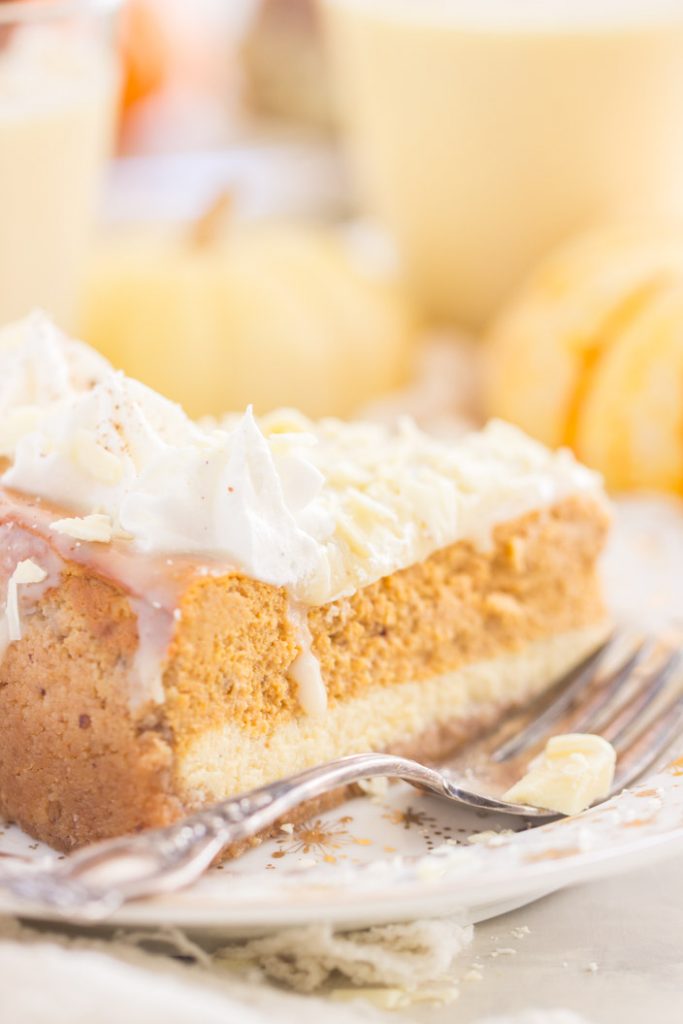 Next up is a layer of eggnog cheesecake, containing actual eggnog, unlike these Eggnog Amish Sugar Cookies. 😉 Quite a lot of eggnog, in fact, give this layer its flavor, and it’s further enhanced by rum extract and nutmeg. An important trifecta to completing the eggnog vibes in the bottom layer of this Eggnog Pumpkin Cheesecake. 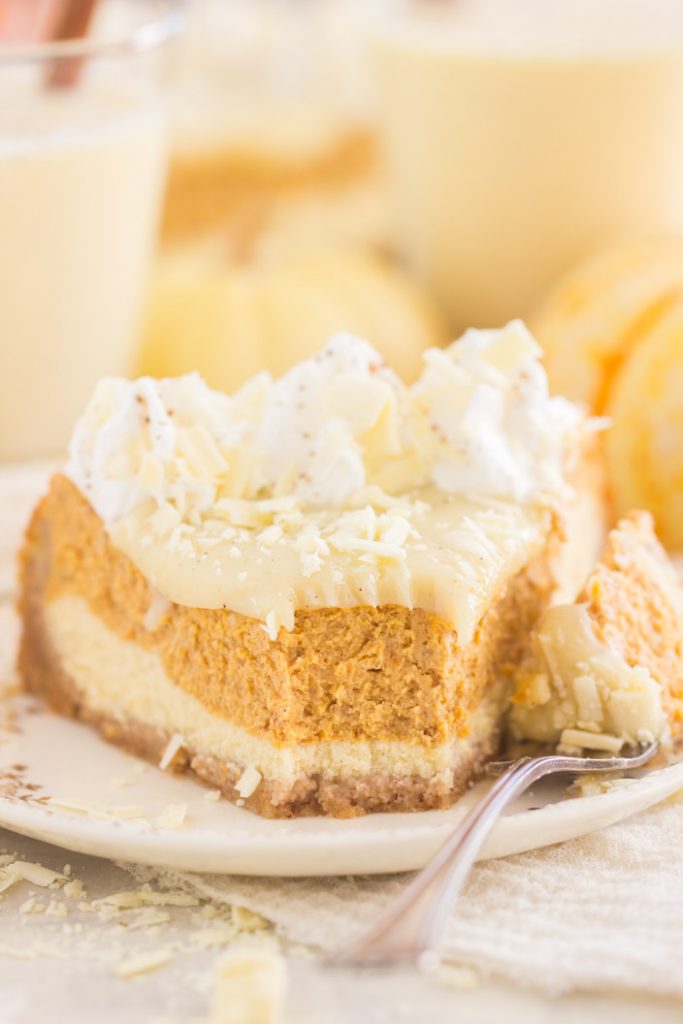 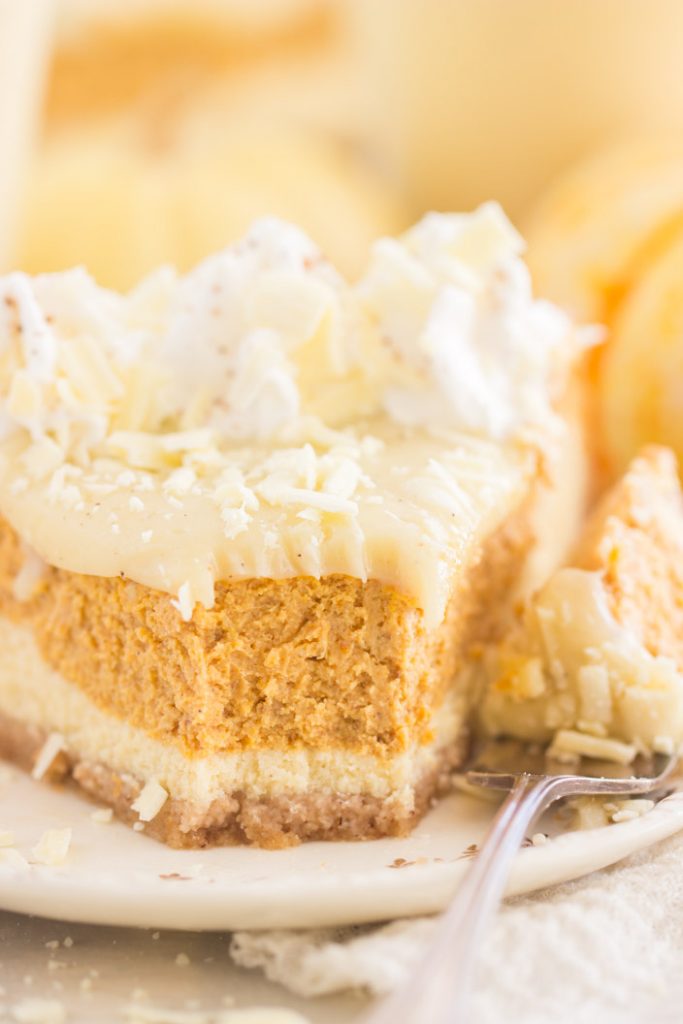 It’s got quite a few steps, but the steps are easy, and the work is worth it. This Eggnog Pumpkin Cheesecake has show-stopping presentation, and unforgettable deliciousness. 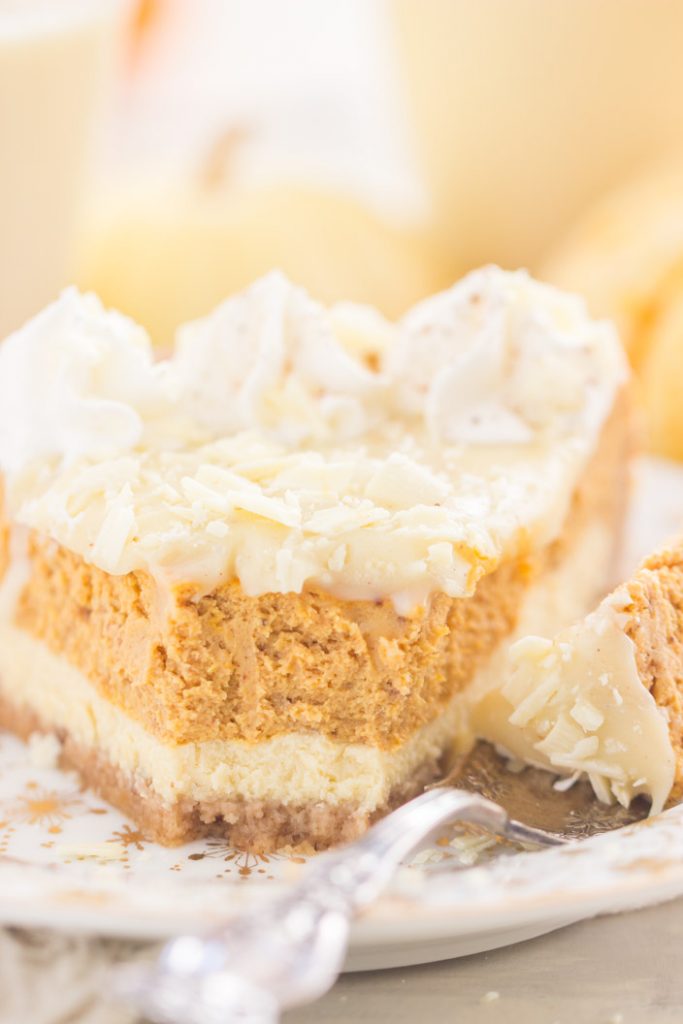 And for a few other holiday cheesecake options, check out this Peppermint Bark Cheesecake, and this No Bake Eggnog Cheesecake! 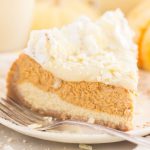 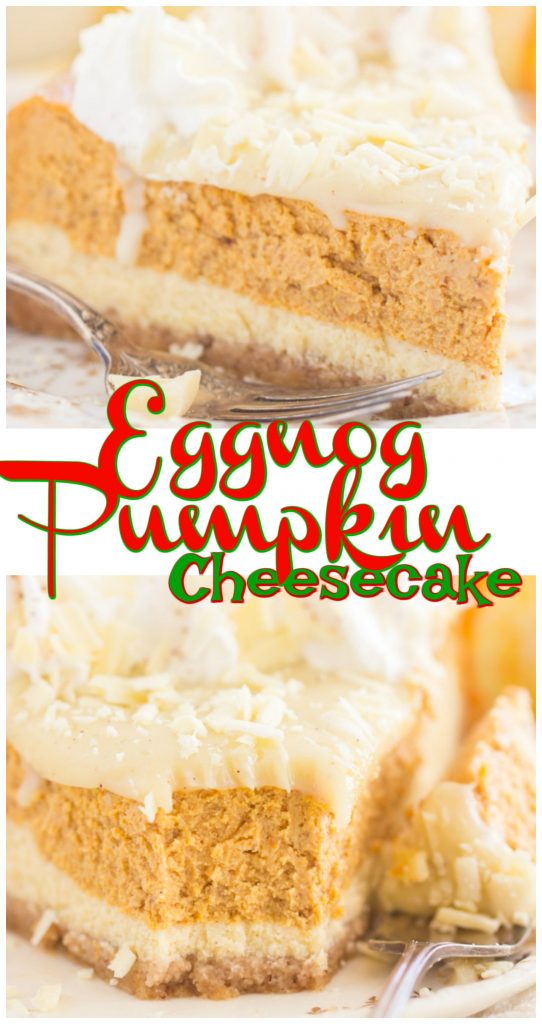 For other great holiday recipe ideas, check out my recipe board on Pinterest. 🙂