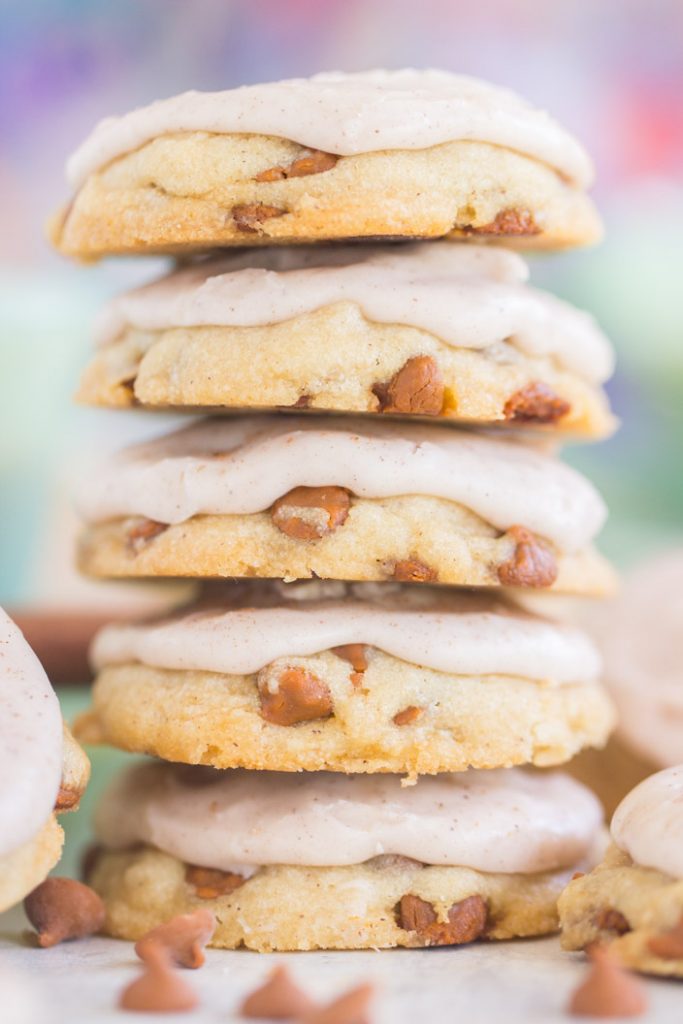 If you already love classic Snickerdoodles, these Snickerdoodle Amish Sugar Cookies kick things up a few notches. Let’s talk about it.

I have fond memories with classic Snickerdoodles because they were one of my Gma’s go-to cookie recipes. We had a lot of Snickerdoodles when I was growing up. 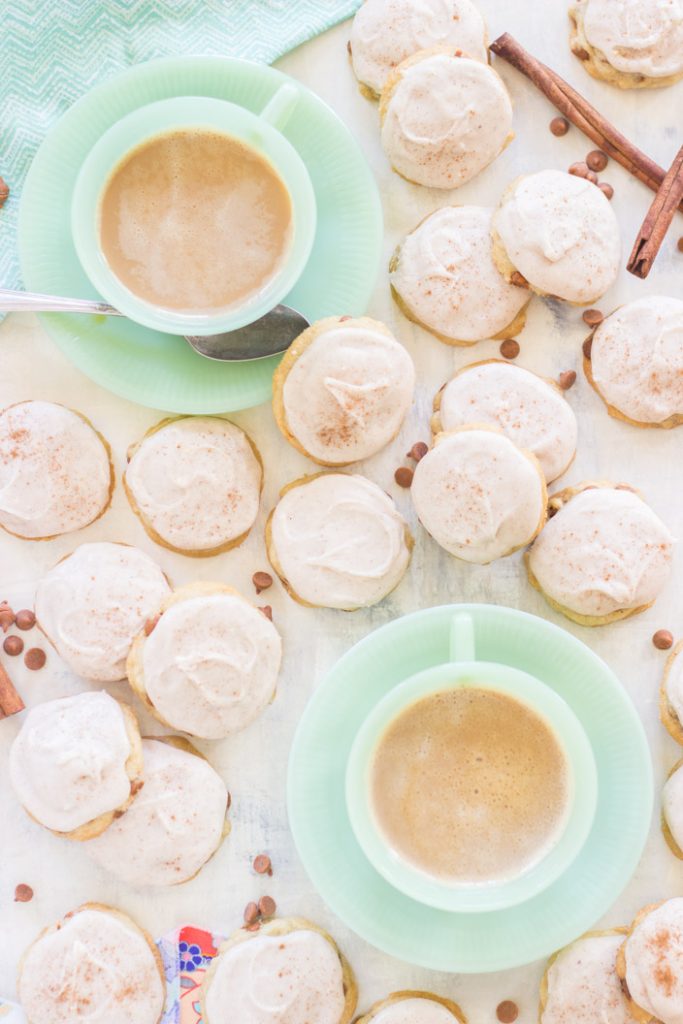 She had a handful of regular recipes. Her Lemon Bars were a staple, her fudge was allllllways around (not yet shared). She made a homemade version of Oreos using cake mix cookies, similar to these, her Pistachio Bread made frequent appearances, Snowballs are still a Christmas must-make, Cracked Top Ginger Cookies — probably thousands of batches.

And I’m sure I’m forgetting a few other oft-repeated desserts. 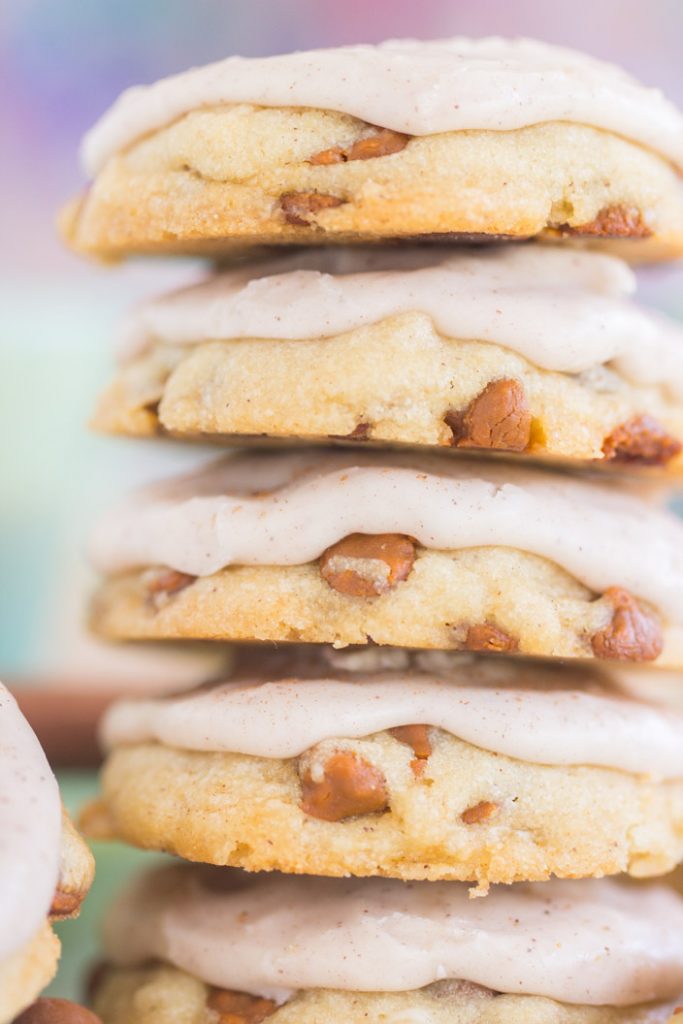 For a while there, Snickerdoodles were one of her regular cookies. Classic Snickerdoodles are great, and they’re timeless for a reason, but the last few times I made them, I was left wishing for a few tweaks. The biggest change I wanted to make was texture.

Classic ones are sooooo crispy and crumbly! They stay thick and puffy, but are airy, lack density, and are very crispy. At least, such was the family recipe that we’d always used. 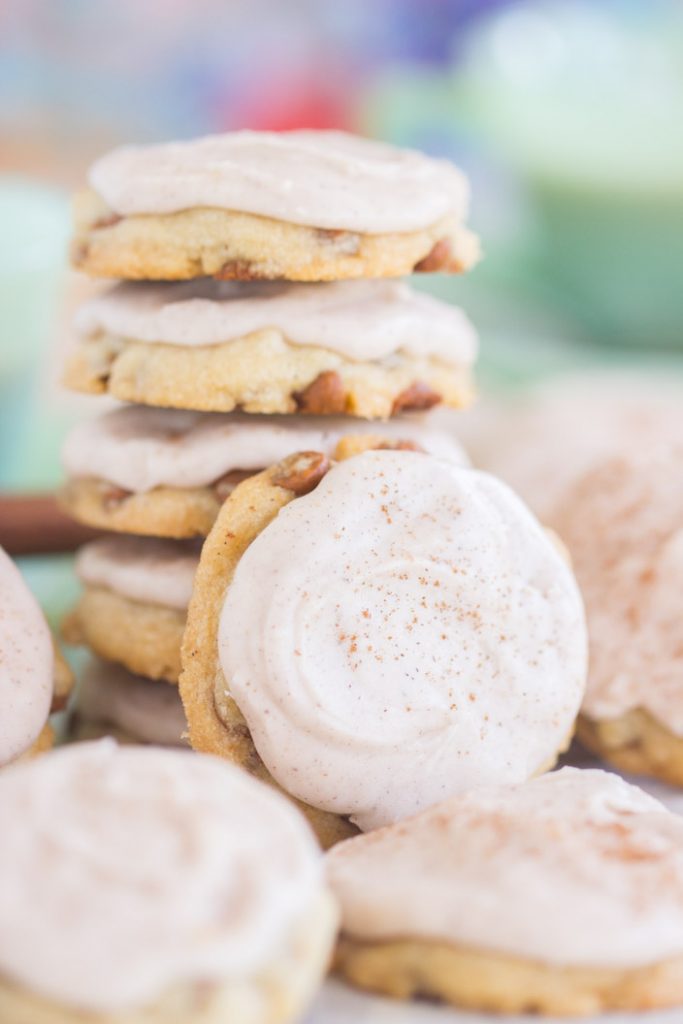 But the second tweak is using butter over shortening. The recipe we use in my family, and many other Snickerdoodle recipes that I’ve seen, call for shortening. With a few exceptions, butter is always better in my book. It adds so much flavor. 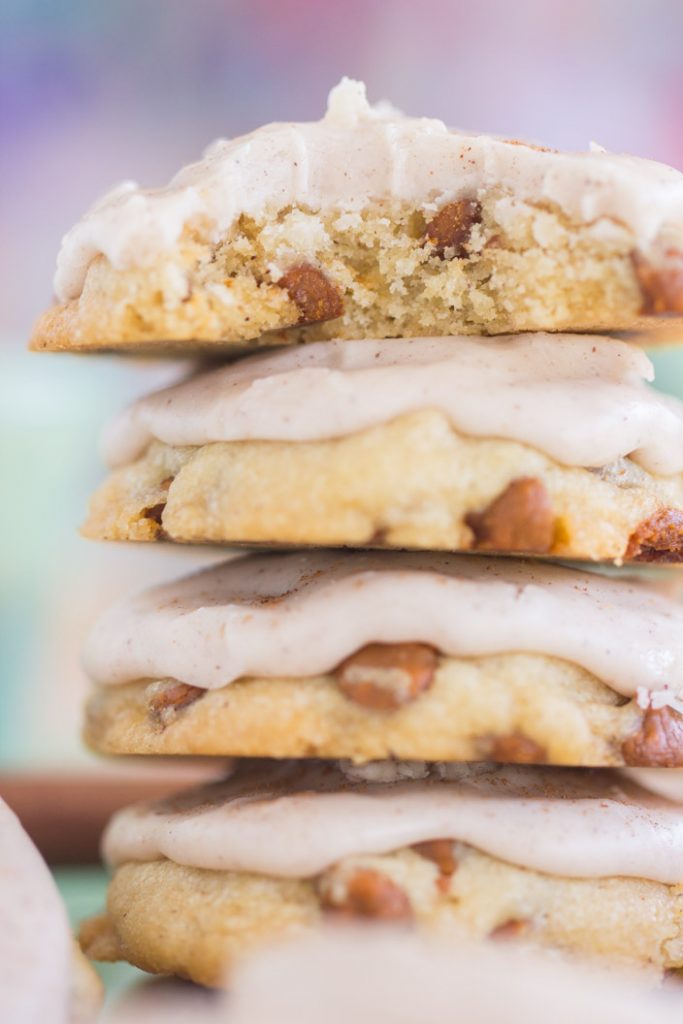 They are one of my personal favorite cookie recipes, one of my most popular recipes on the blog, AND they are also very versatile. For all of those reasons, it feels like a natural fit to transform Amish Sugar Cookies into Snickerdoodles.

These Snickerdoodle Amish Sugar Cookies are not merely cinnamon-sugar dusted cookies though. These go a bit beyond that. 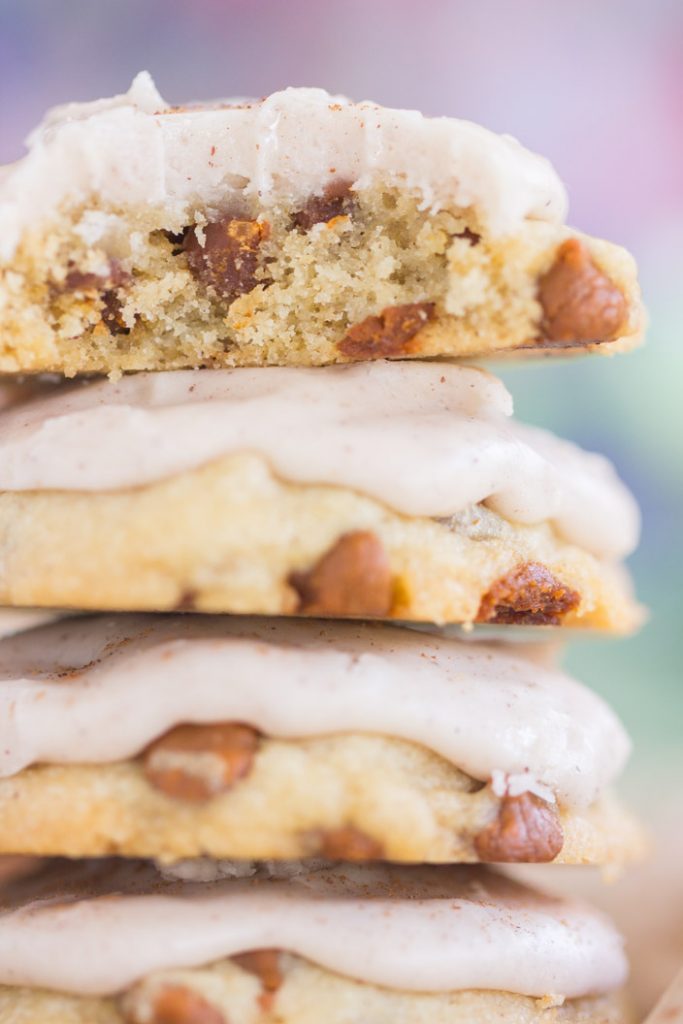 MANY cinnamon chips. Like, so many! When I tried cinnamon chips a few years ago, I thought they were going to be icky and artificial, for sure. They’re actually super delicious. They’re like butter and cinnamon bombs in a melty little morsel.

They come through rather authentic, and they really do add lovely cinnamon goodness. I’m a fan. I couldn’t resist adding those in. If you know you don’t like them, obviously skip them. 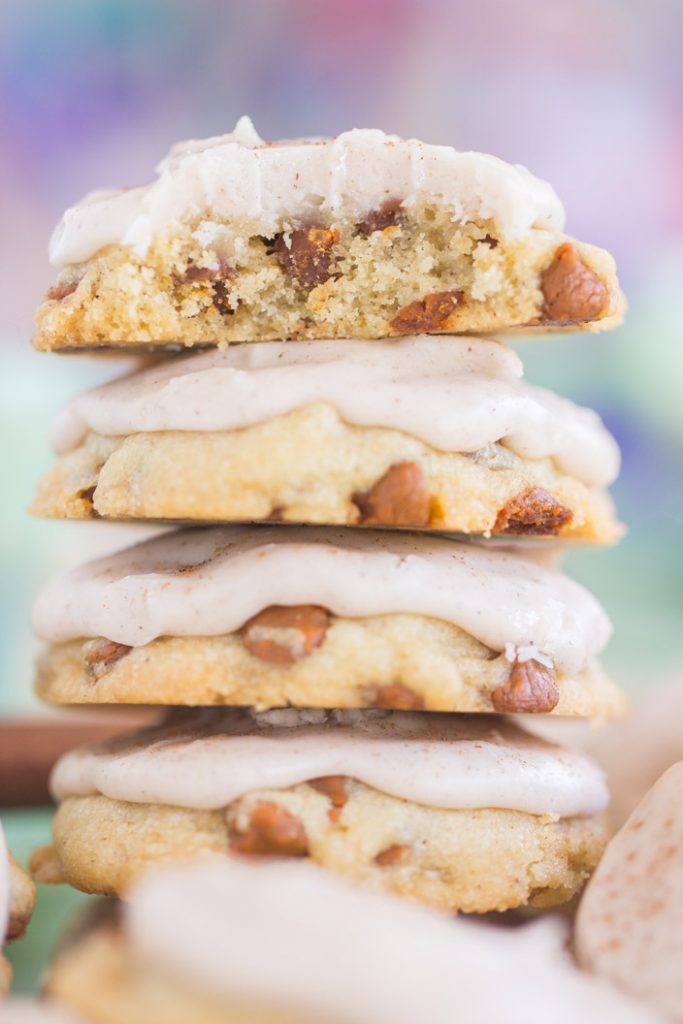 And a cinnamon icing… because what’s a good cookie without icing? These Snickerdoodle Amish Sugar Cookies are superb on their own actually, but what isn’t made a touch better with icing? Go for it. Adding a thick layer of sweet, buttery, cinnamon-laced icing for good measure.

Snickerdoodle Amish Sugar Cookies are a big upgrade to many traditional Snickerdoodle cookie recipes. With a few improvements upon the cookie “base”, cinnamon chips, and a spiced frosting, these are big on ‘snickerdoodle.’

To peruse through every other variation of Amish Sugar Cookies that I’ve come up with, take a look below: 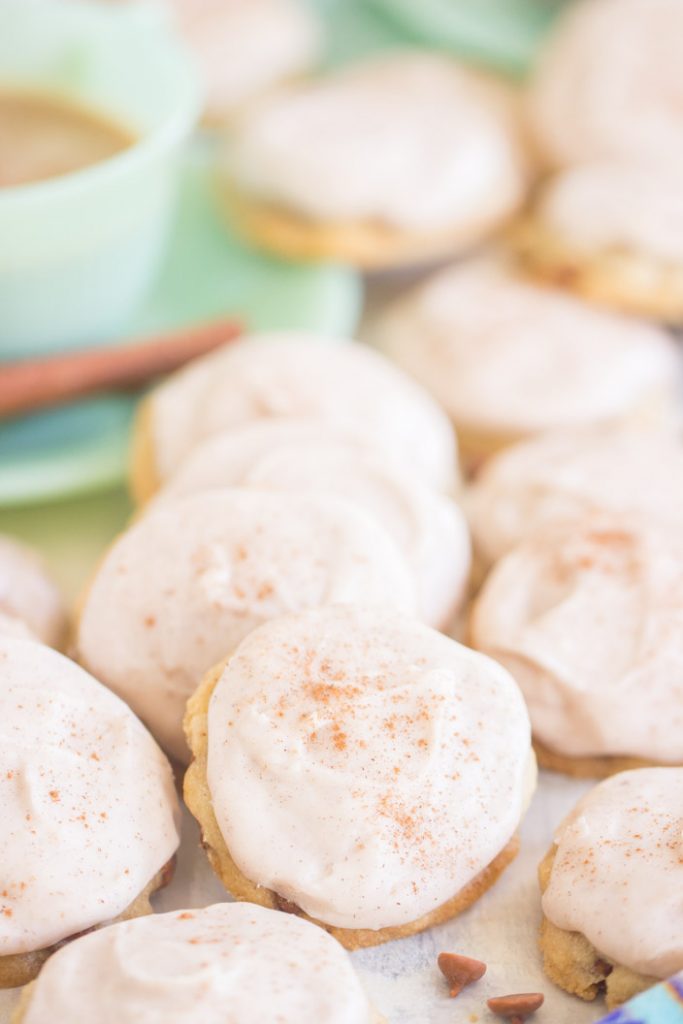 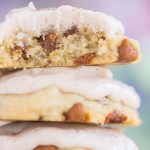 These are good for at least a week, but best within the first 3-4 days. After a few days, they get crumbly and a bit on the drier side - still a delicious cookie though.

Store cookies in airtight containers in a cool, dry place. Stack cookies with parchment paper or foil in-between layers. Cookies will keep for about a week.

These freeze really well! Iced or plain, they freeze beautifully.