Homemade soft pretzels start out with pumpkin beer as a base! What goes together better than beer and pretzels? 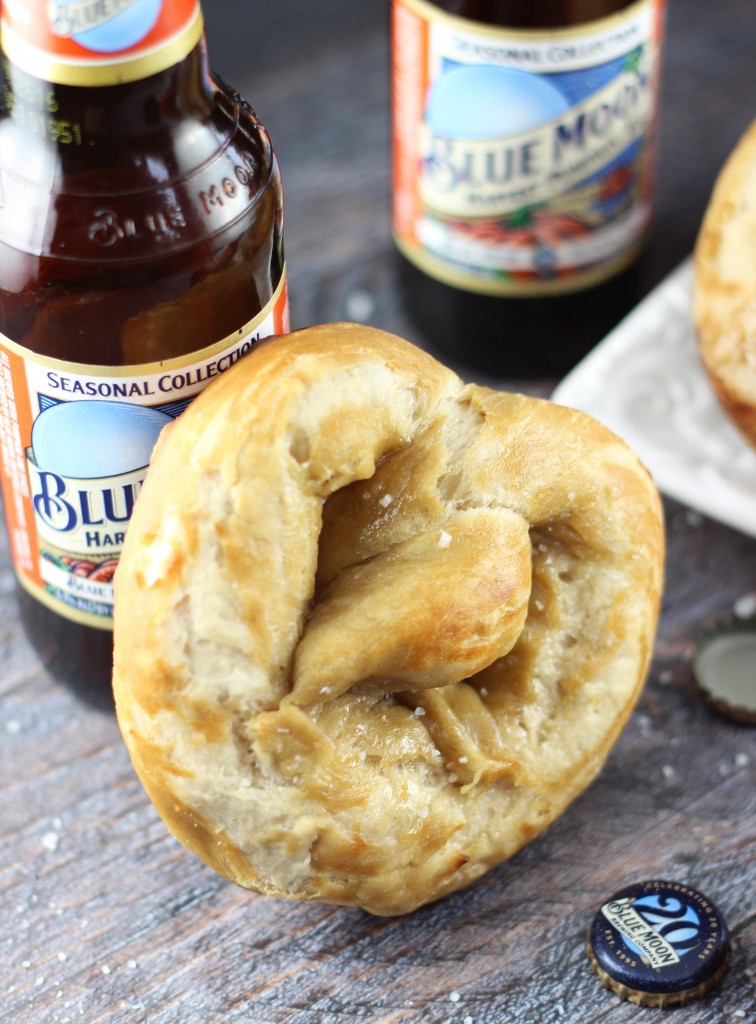 It’s finally football season. FI.NAL.LY. I seriously wait all year for it to be football season. And it’s here! At long last. What better way to kick it off than with beer soft pretzels, amiright? Right. And they are made with PUMPKIN beer. Is there anything they won’t cram pumpkin into? Nope. Thank goodness. All pumpkin, all the time. 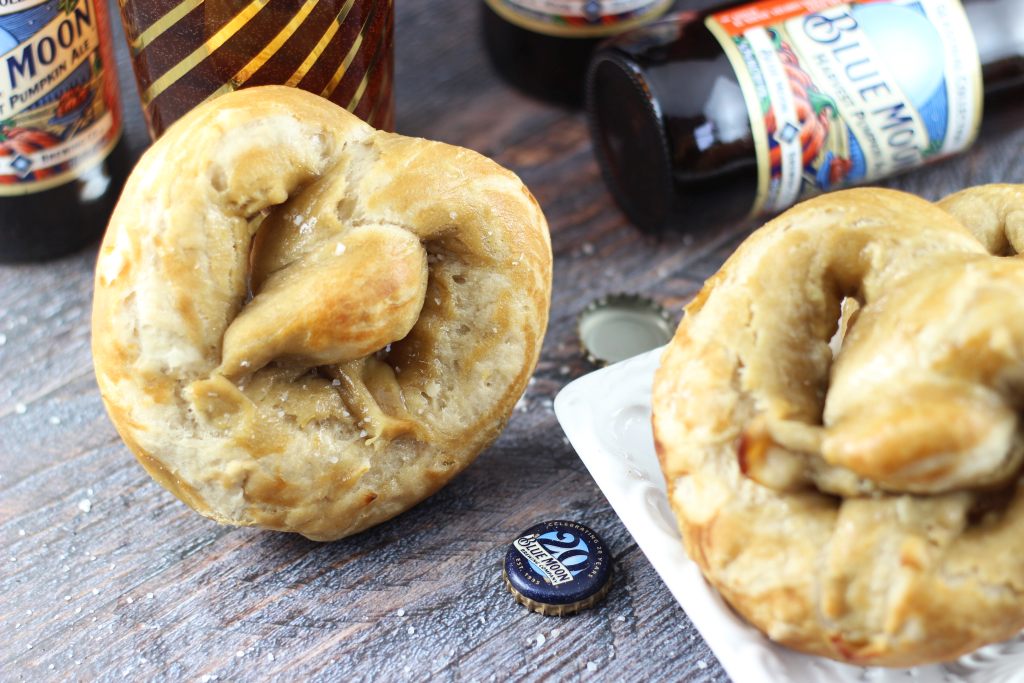 I wanted to share this recipe earlier in the day today, but even though it’s about 5:30pm (by the time I hit ‘publish’!), you could still actually make these soft pretzels, and have them fresh from the oven before 8:30pm kickoff. And with a ton of time to spare. They are quite quick. Easy too. And that’s coming from someone who is heavily challenged in the yeast-based breads department. If I can make them, anybody can make them. I typically don’t even attempt recipes requiring yeast, but I’ve made these 4 or 5 times with success. 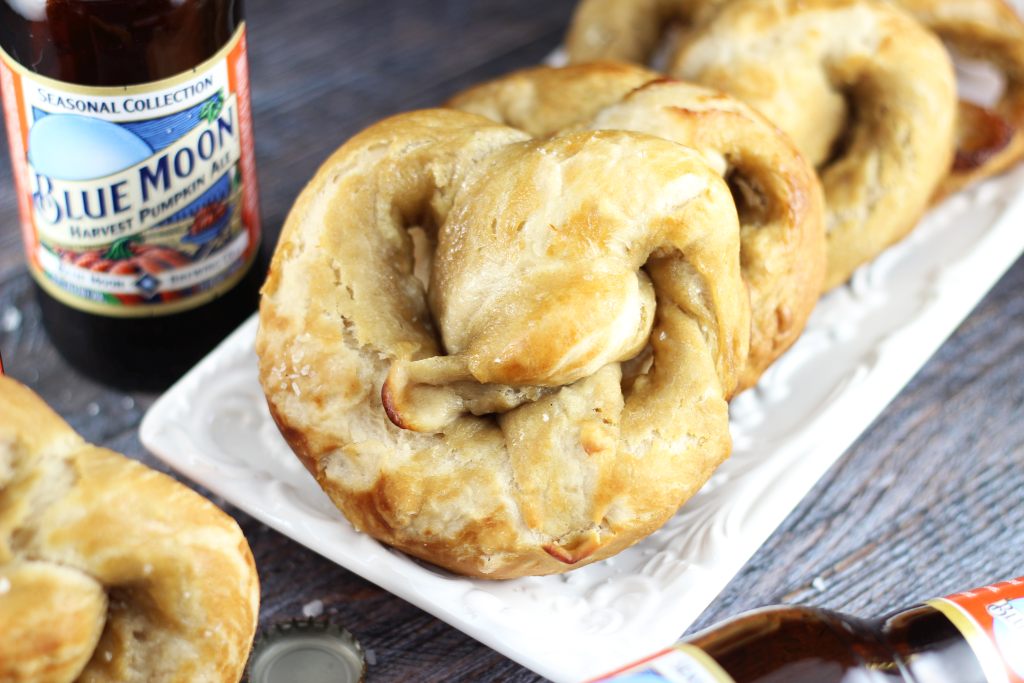 I ate the last batch in two days flat, without any help from my S.O. whatsoever. I don’t even think he had a single bite. They were gone too fast. Admittedly, I have a soft pretzel addiction anyway and lose all control around them, but these were exceptional.

They’re salty and buttery, of course, but  also slightly sweet and you catch a little bit of warm spices like cinnamon too. The beer flavor is detectable, but not overwhelming. You definitely know that pumpkin beer went into the dough, but it doesn’t overtake the whole flavor profile. It adds the perfect amount of pumpkin beer flavor, basically, while still feeling like it’s a traditional soft pretzel. I love them and am totally hooked. You can make them in an hour and a half… an hour of which is idle time while the dough rises. Easy peasy. 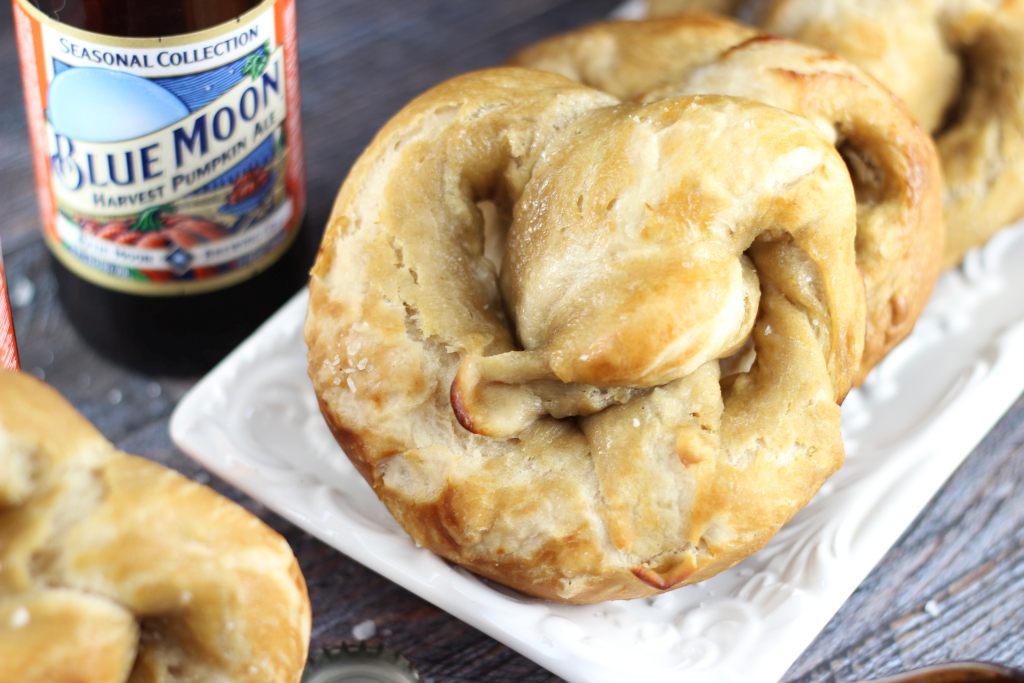 If you get to work now, you could actually make these AND a pie, and still be sitting down for kickoff. 😉

So who are you rooting for tonight? I’m going to give it to you straight: I hate both teams. BUT, my disdain for one team trumps the other by a long shot. I dare not say which. 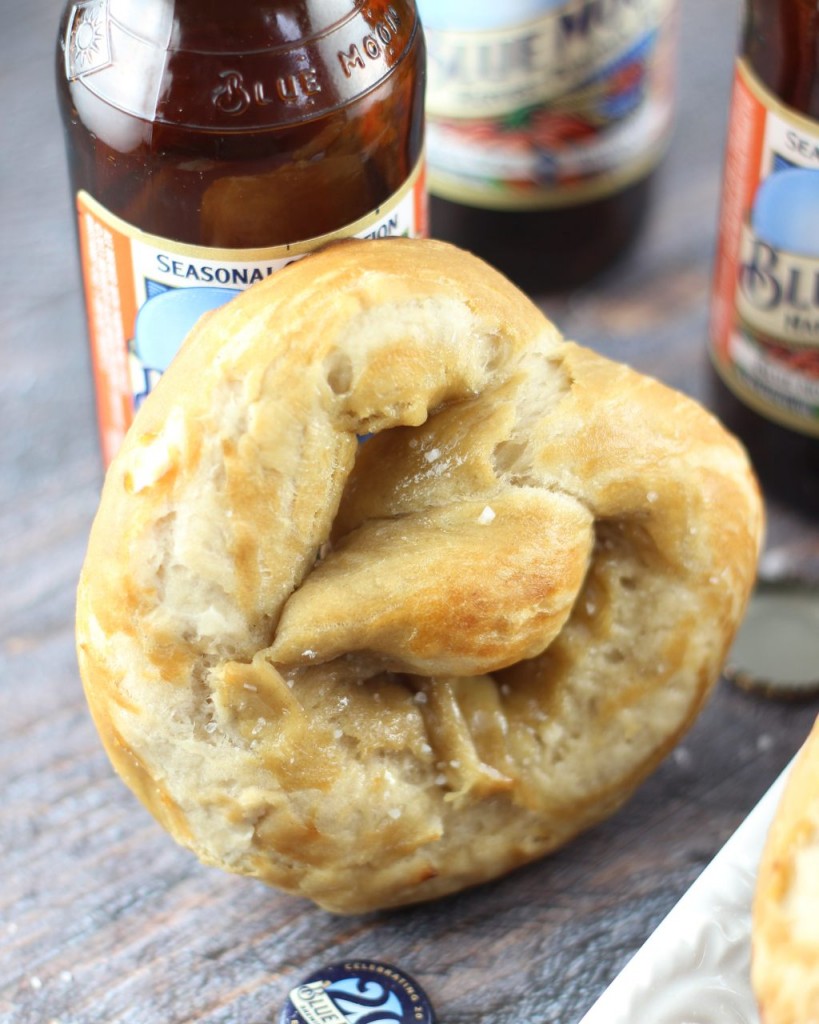 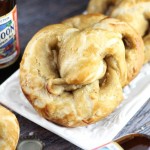 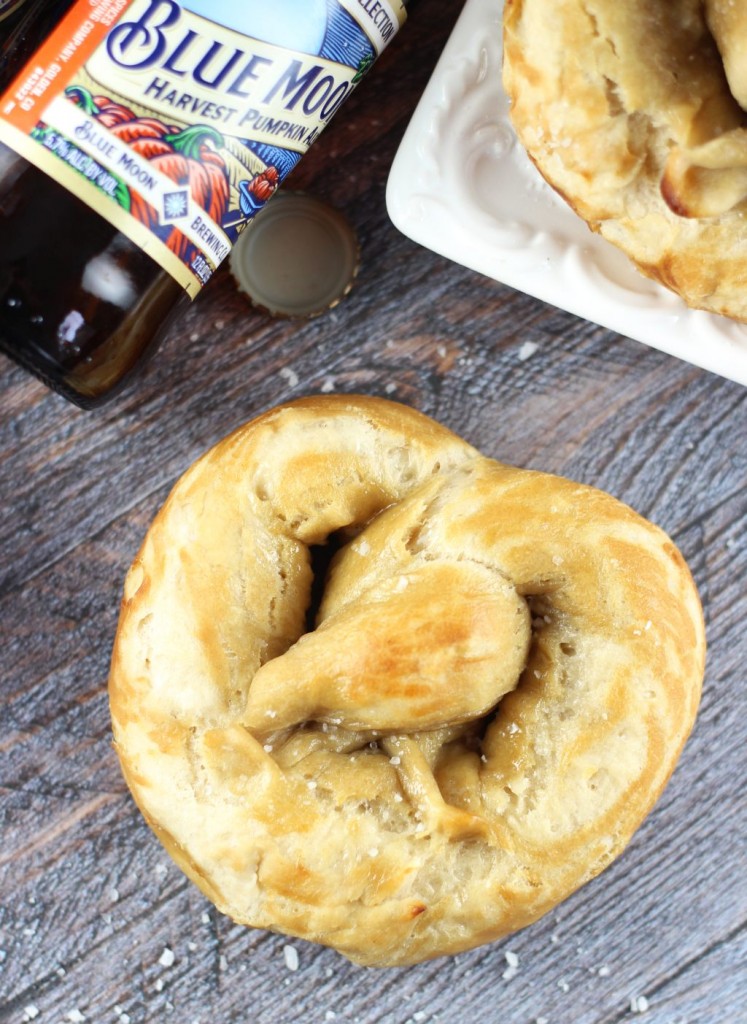