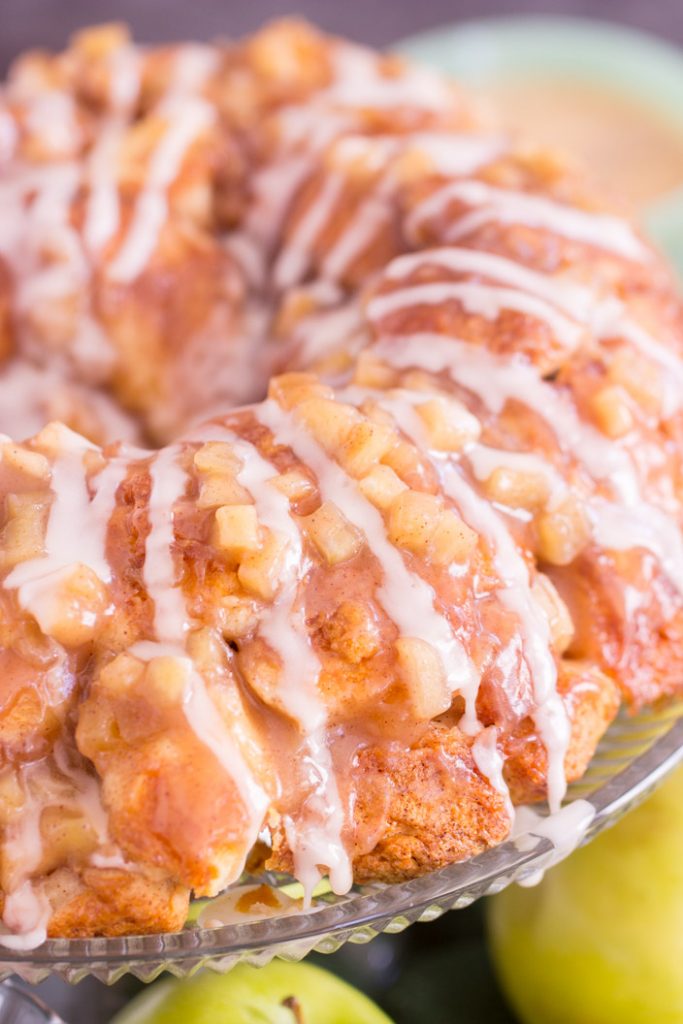 As promised, another idea for what to do with this homemade, from-scratch, quick & easy stove-top Apple Pie Filling… make this Apple Pie Monkey Bread. We’re going to dive into the details in a minute here, just you wait.

But first, don’t forget about this Apple Pie Ice Cream. That’s another use for my Apple Pie Filling recipe. The ice cream base itself is only three ingredients, and then you’ll swirl it with the homemade apple pie filling, as well as some irresistible bites of cinnamon-sugar dusted pie crust. It’s a glorious dessert. 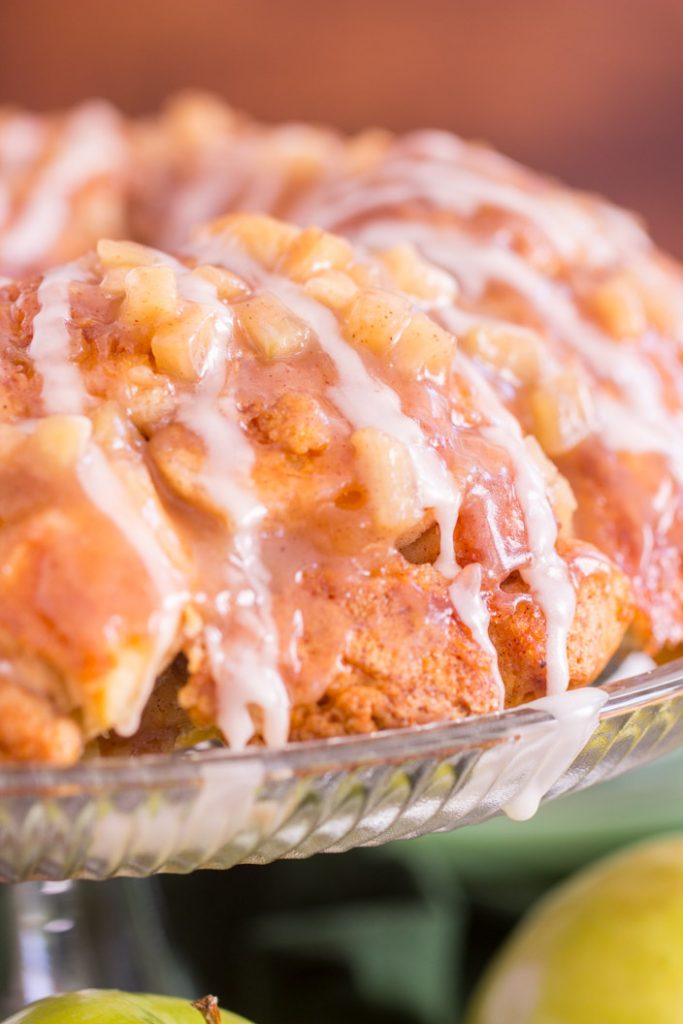 Also, I have a third option coming soon, so stay tuned. So many uses for homemade Apple Pie Filling.

Especially one that’s as perfect as this particular filling recipe, and I do mean it’s perfect. It’s thick, sweet, slightly tart, ooey-gooey, and potent with fall spices and caramelized apples. 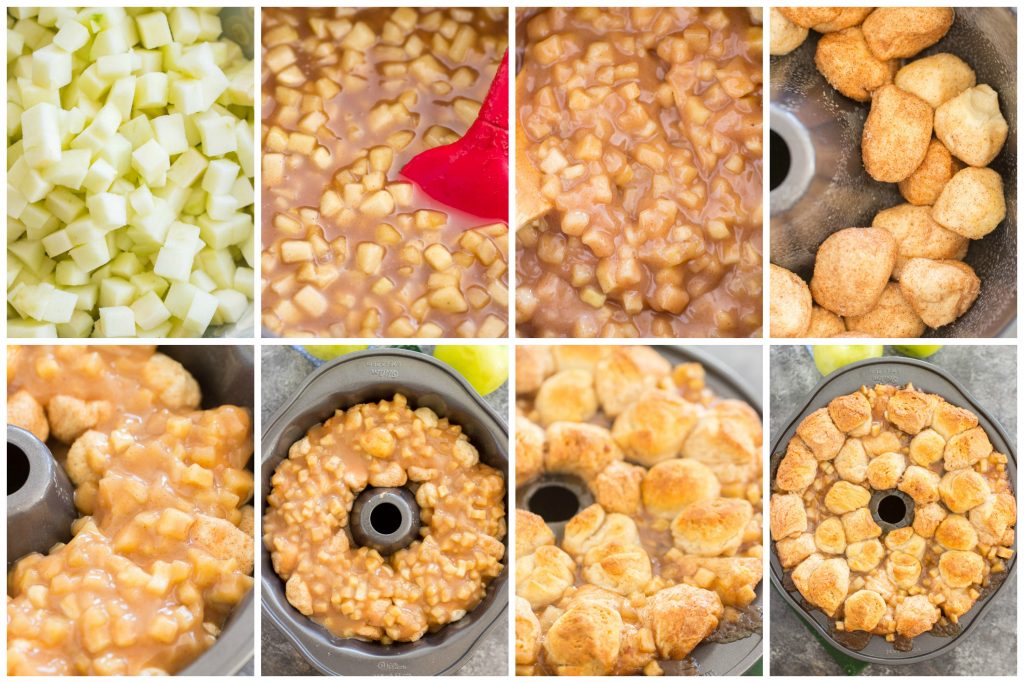 My Apple Pie Filling is unique, and I challenge you to find one that’s better. With most apple pie recipes, you merely toss sliced apples with cinnamon-sugar, and throw them in a crust. Our family Apple Pie recipe is different.

Here’s how: you actually cook a syrup on the stove-top — a sweet, spiced cinnamon syrup, and the apples get doused in it. 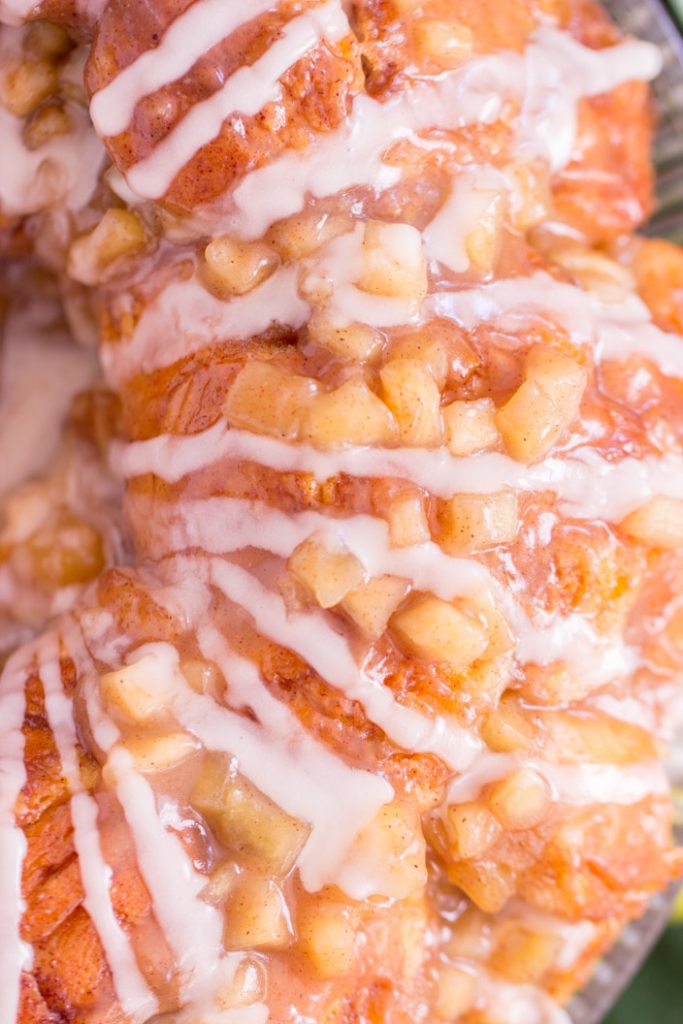 In a pie, the cinnamon syrup softens the apples as they bake, infuses them with goodness, and also makes the pie insanely ooey-gooey. But we’re not making a pie, we’re making a filling, and so we complete the filling entirely on the stovetop. The apples soften and caramelize in the syrup right on the stove.

My Apple Pie Filling is A-M-A-Z-I-N-G, and you’ll want to eat a whole bowl of it all on its own. 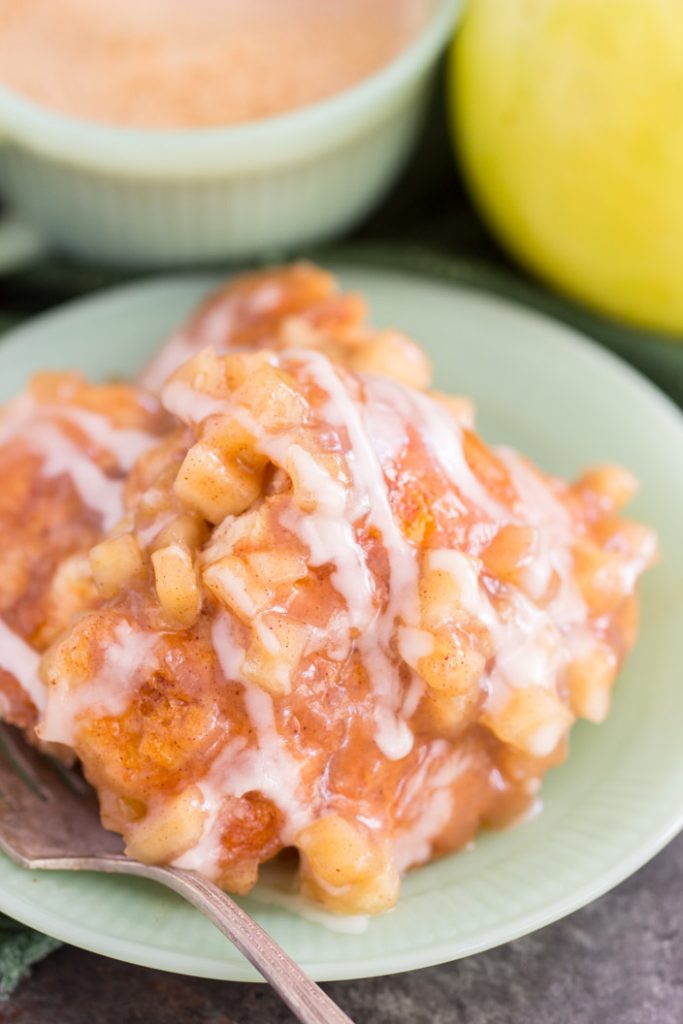 But don’t… instead we’re going to smother it over cinnamon-sugar coated biscuits in a big bundt pan, and make it into Apple Pie Monkey Bread. The filling settles into all the nooks and crannies turning this whole thing into the ultimate combo of carbs and apple pie. 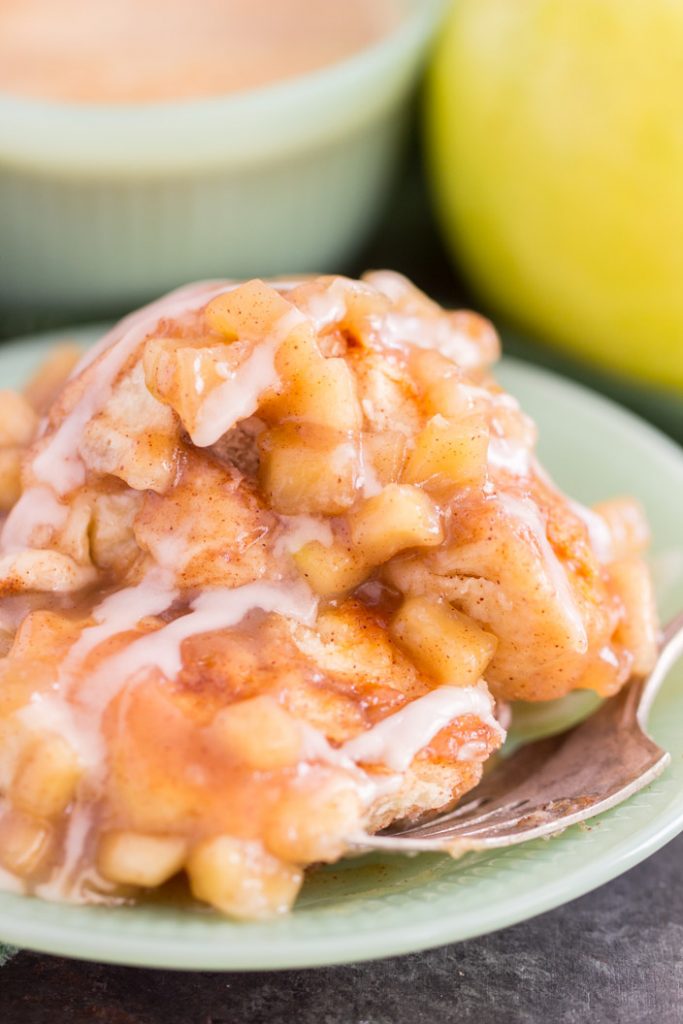 Versus creating a dough from scratch with yeast and the whole shebang. Nah, skip it.

I like to make yeasted breads from scratch when I have the time and can take a more leisurely approach to baking, but around the holidays, why spend more time in the kitchen than you need to? 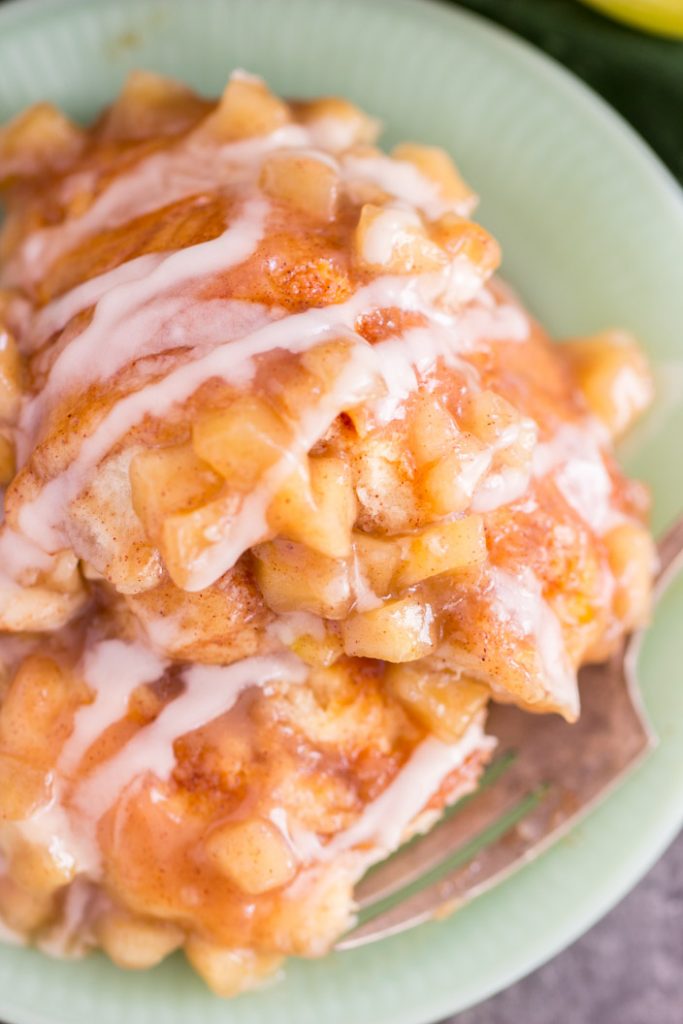 You don’t need a lot of ingredients for this Apple Pie Monkey Bread, and it’s easy to assemble. It’s got a few steps, but they’re easy-breezy and beginner-friendly.

This Apple Pie Monkey Bread is also substantial in size. It will definitely feed quite a good crowd, so it’s great for holiday brunches or a dessert at casual get-togethers around the holidays. 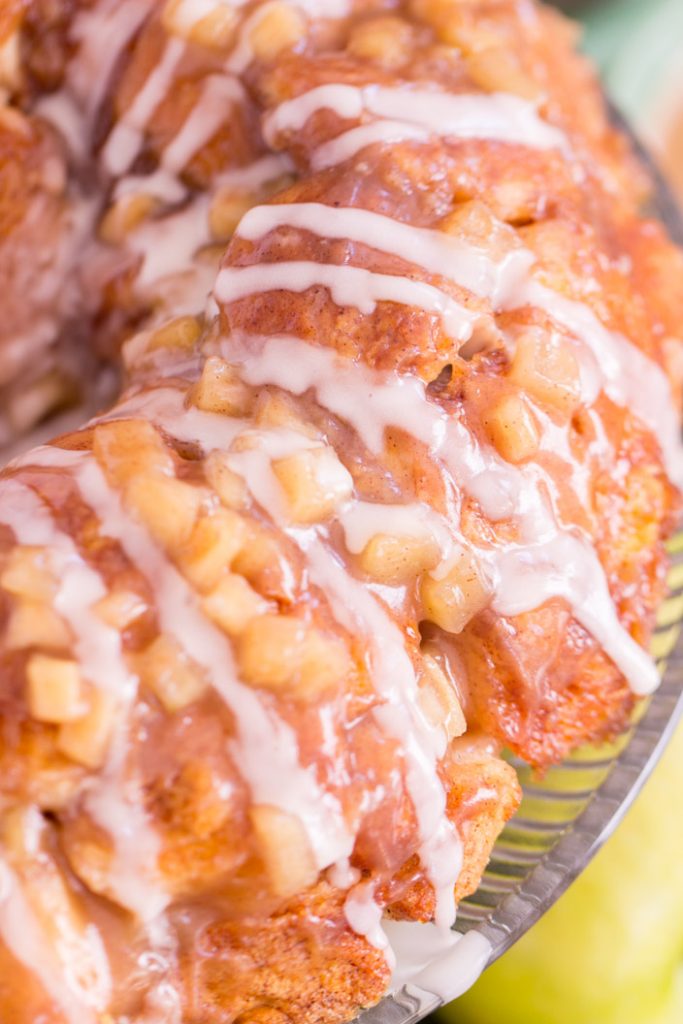 A few others that would be excellent for brunches include this Peanut Butter & Jelly Monkey Bread, this Honey Cinnamon Monkey Bread, or this Lemon Blueberry Pull-Apart Bread.

Last, but not least, if you want cinnamon apples that can be a side dish on their own, or that you can use as a sauce over pork chops, something like that, these Crock-Pot Cinnamon Apples are sooooo popular! I’ve spiked them with Fireball too. 🙂 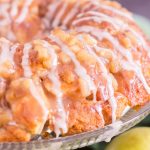