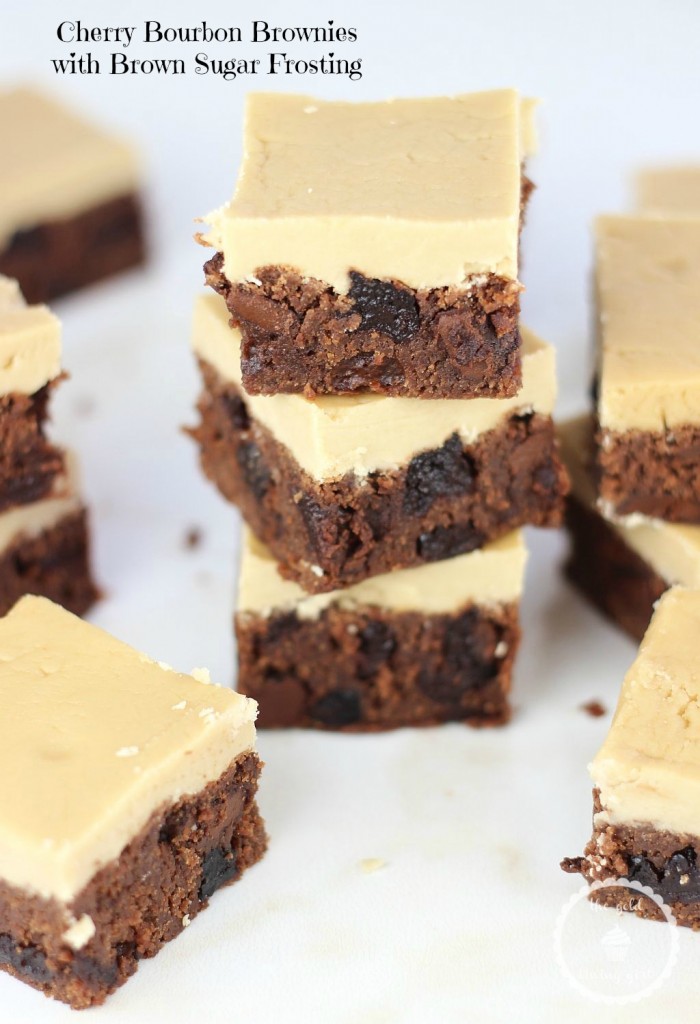 I don’t like bourbon at all. As a drink, I think it’s awful. But it does something magical to baked goods. You must try these Cherry Bourbon Brownies with Brown Sugar Frosting, and you’ll see what I mean. Prime example.

Actually, hamburgers too. A good friend of mine from college used to douse grilled hamburgers with Wild Turkey before serving them (hi Gardy!). We all thought he was crazy, and I don’t remember where that tradition of his stemmed from, but he was onto something.

If you’re grilling out burgers, maybe have some Wild Turkey on hand. I’m going to make a point to do that more often as we grill out this summer, along with eating more banana split desserts as I talked about in these recipes for Banana Split Ice Cream Dessert and No-Bake Banana Split Pie. I love me some banana splits in the summertime. 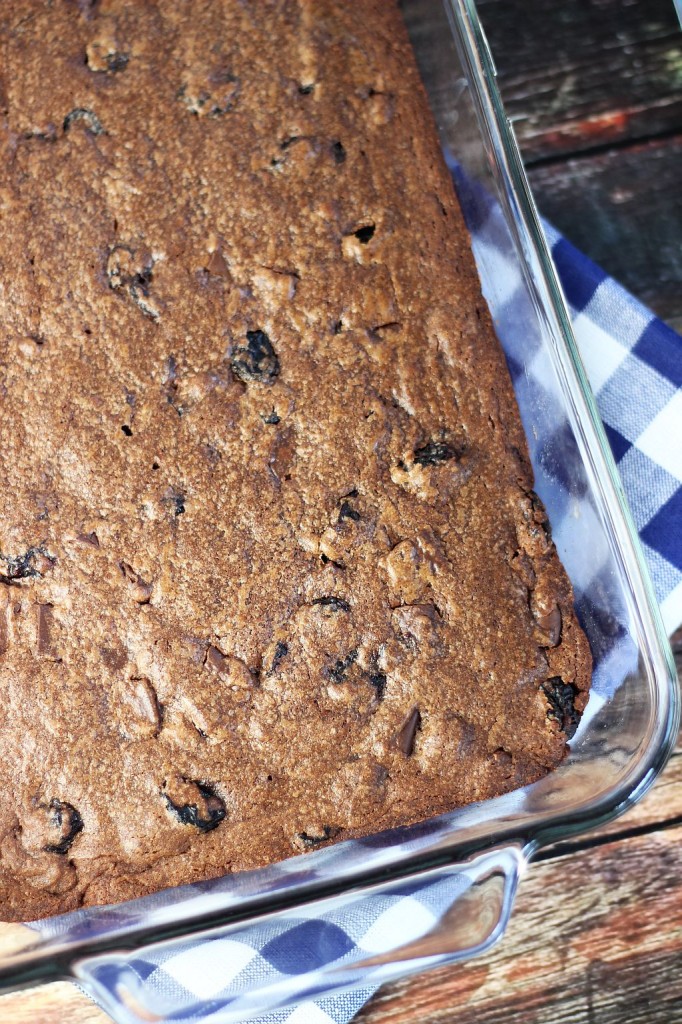 Bourbon seems to make all the other flavors it hangs out with taste richer, deeper, and more caramel-like.

Flipping through cooking magazines over the years, I’ve seen a lot of recipes that combine cherries and bourbon. That combo was on my baking bucket list for a long time. I don’t know why I felt inspired to make these Cherry Bourbon Brownies now, but something about them just felt like summer to me. Anybody else? Bourbon in the summer? It has a very ‘4th of July’ feeling to me, and I have no idea why! 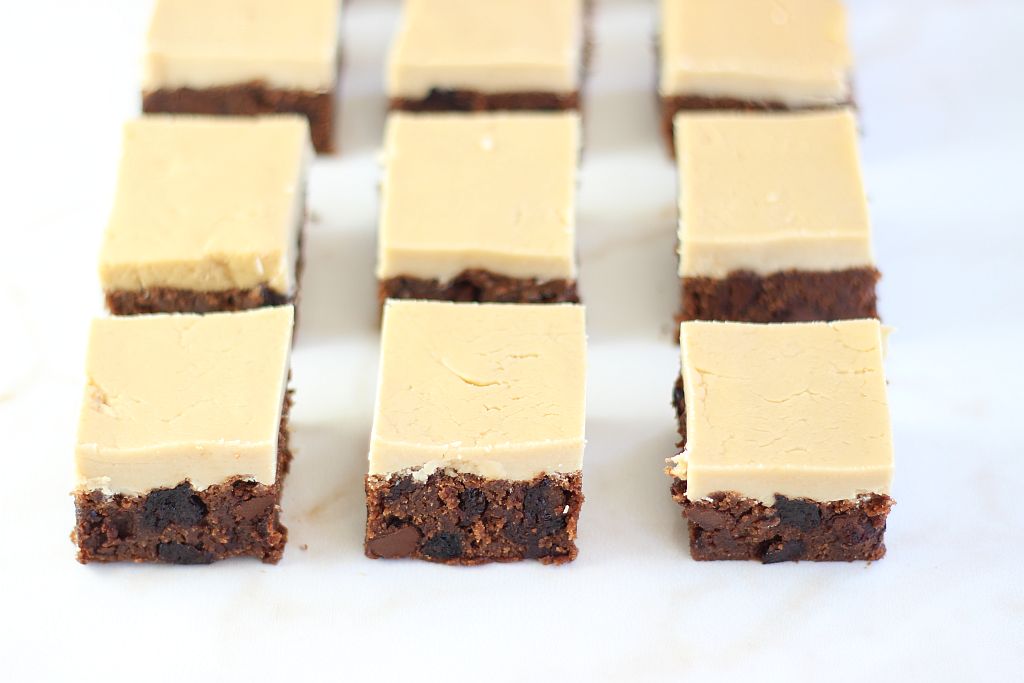 Maybe it’s the cherries. Even if this recipe calls for dried cherries, cherries are definitely a summer thing to me. Fresh ones will start popping up in groceries stores soon, and because I’m a cherry fanatic, I will find myself accidentally spending $25 on a bag of cherries because they’re deceptively expensive. Or not so deceptively since they are usually $6-$8/lb. and I should just know better. 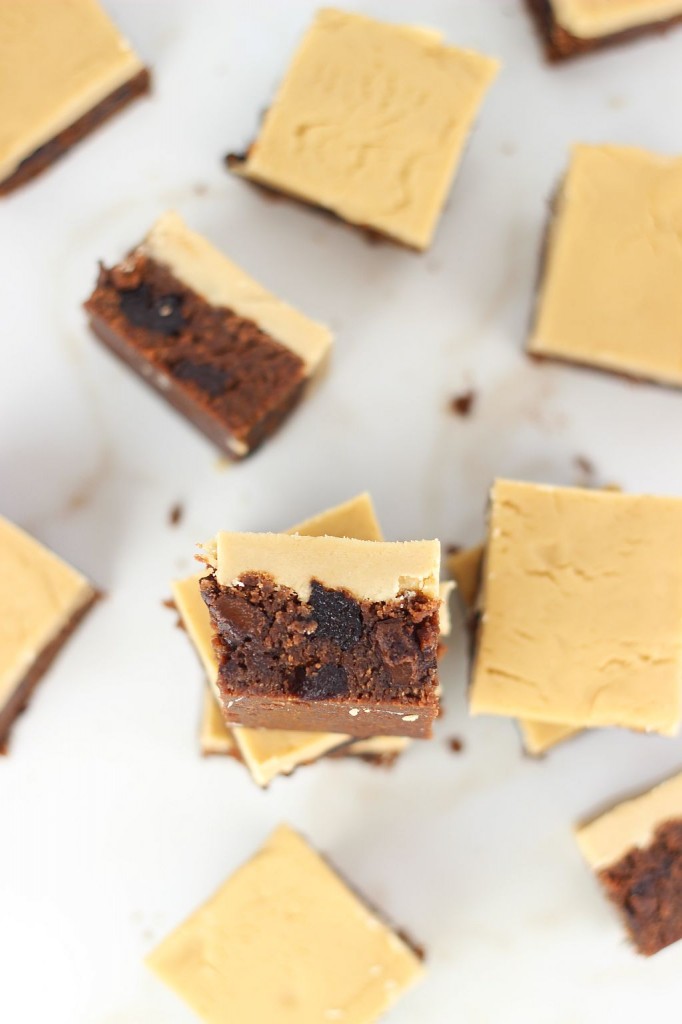 I love dried tart cherries for baking, and I buy big bags from the club. In these brownies, I stewed the cherries with bourbon and brown sugar, cooking them together until the cherries became soft and plump. The brownies are adapted from these Brown Butter Red Velvet Brownies. The chocolate in that recipe isn’t so heavy that it will overtake the cherries and the bourbon, so they’re the perfect canvas to start with. Just enough chocolately richness to marry with the other flavors. 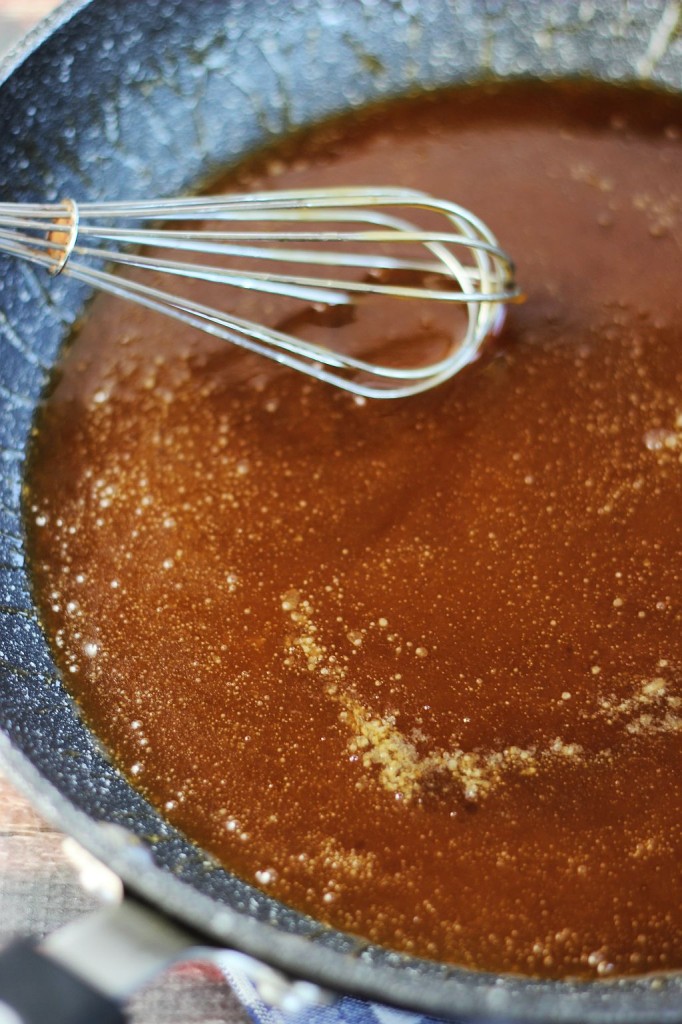 I felt that brown sugar frosting was the only way to go with these Cherry Bourbon Brownies. So far we have highlighted all the other key components to these brownies – the tart cherries, bourbon, and chocolate, but I wanted to reemphasize the brown sugar that ties everything together! There are recipes for really fluffy brown sugar frosting…. this is not that. It’s really thick. A brownie like this doesn’t call for big puffy dollops of fluffy and light. It calls for rich and thick.

With all the lovely flavors packed into these Cherry Bourbon Brownies with Brown Sugar Frosting, they are quite irresistible and sure to be a summertime favorite! 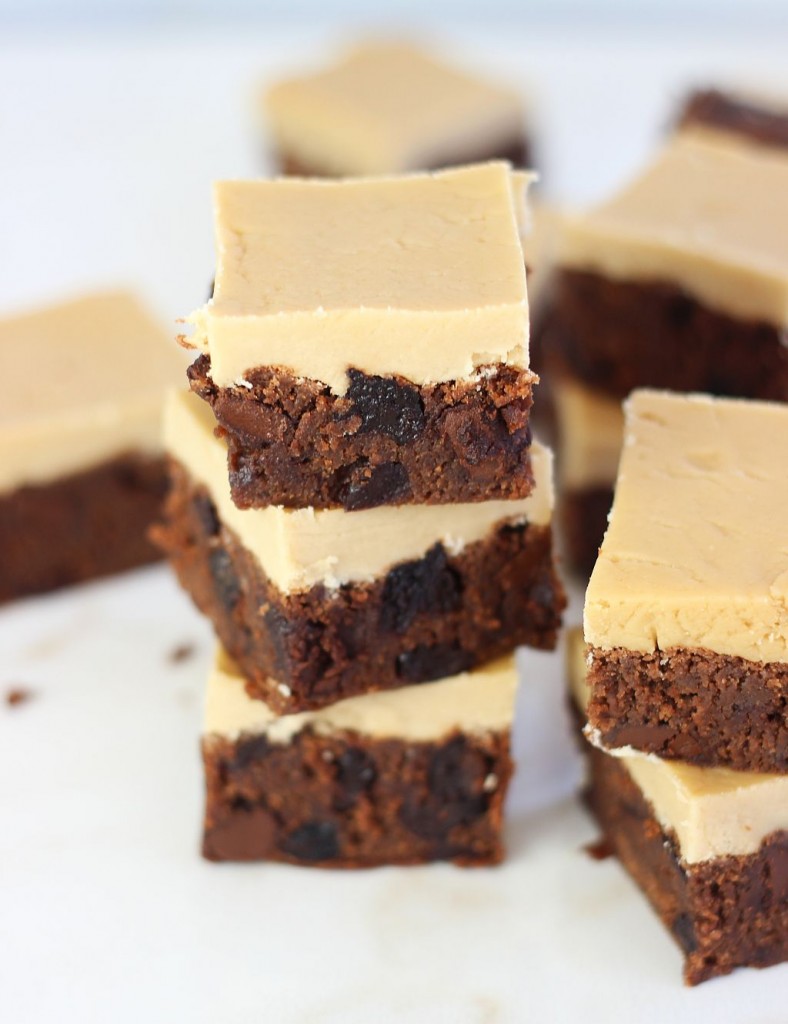 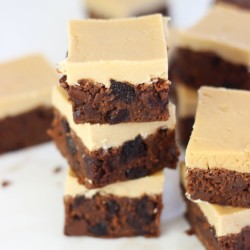 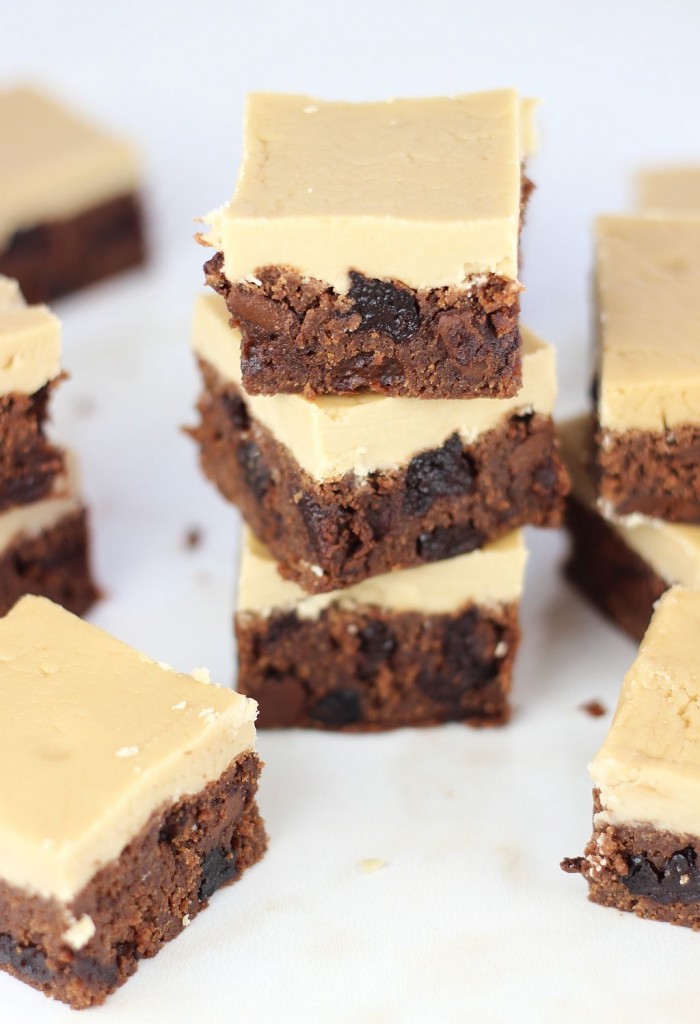