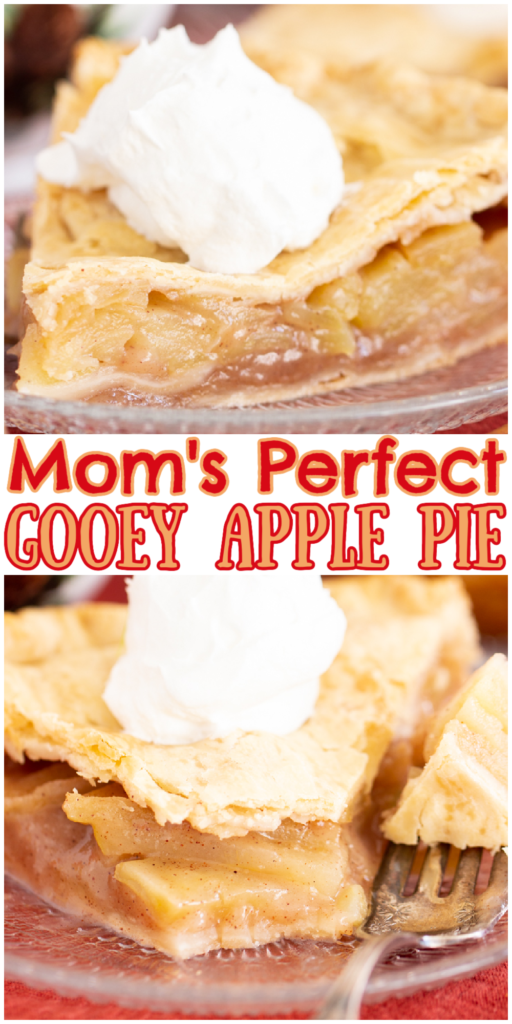 I have never seen this exact Apple Pie recipe anywhere else. I just spent some time puttering around the internet looking for it, and I couldn’t even find a similar one. It’s one-of-a-kind. 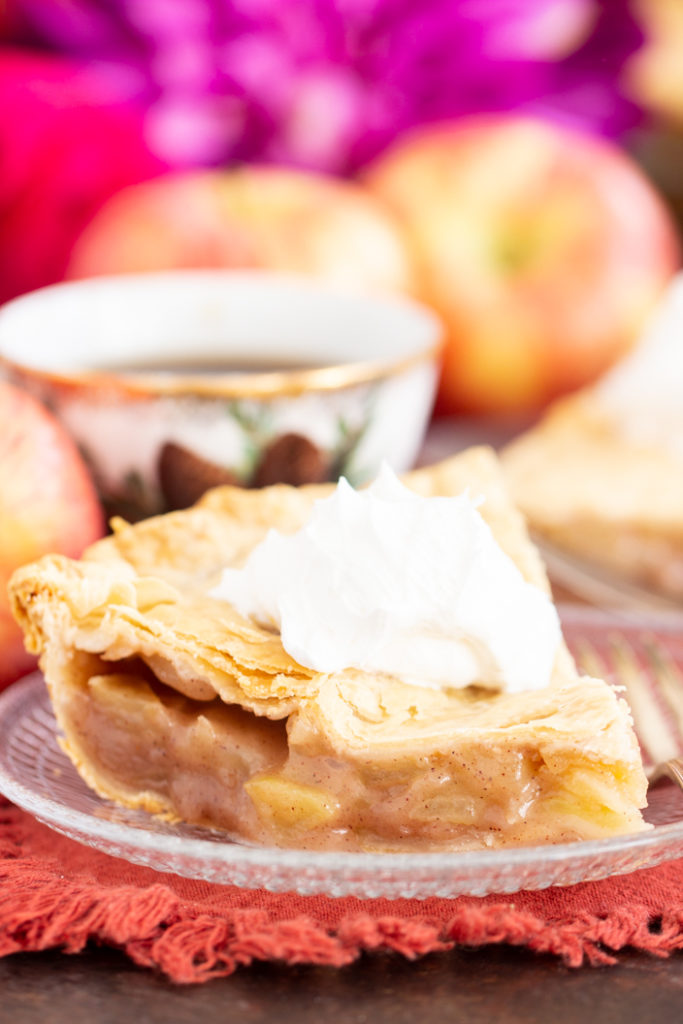 I started my blog in 2013 and have never shared my Mom’s Apple Pie, and I’ve debated whether I ever would. Something makes me want to guard this recipe and keep it a secret.

But that wouldn’t be right. A recipe this special should be shared, and available for all to enjoy. 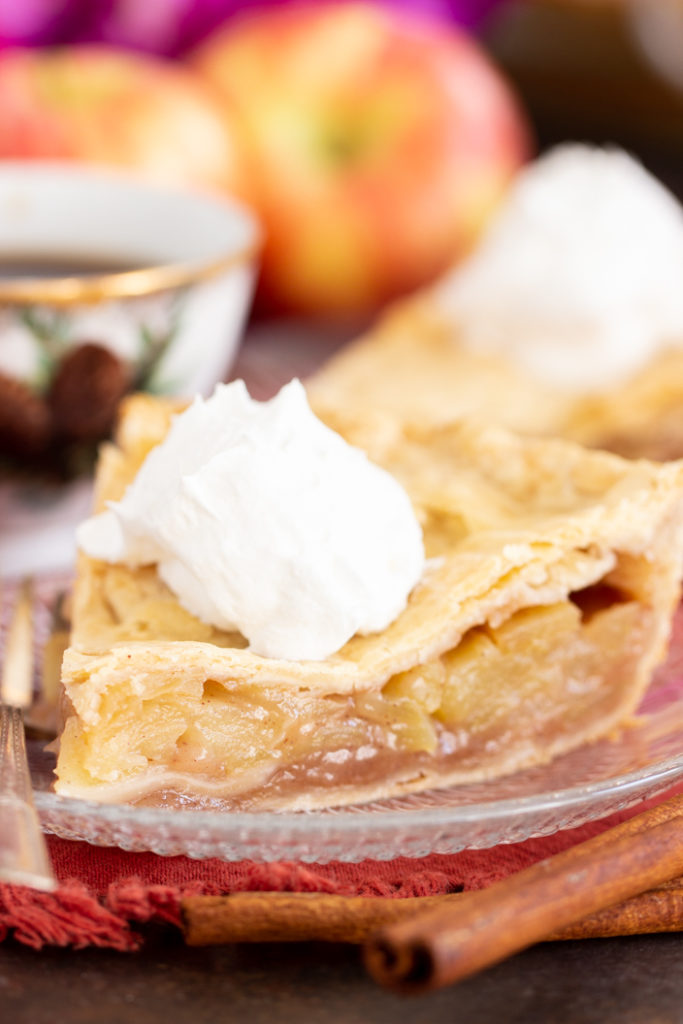 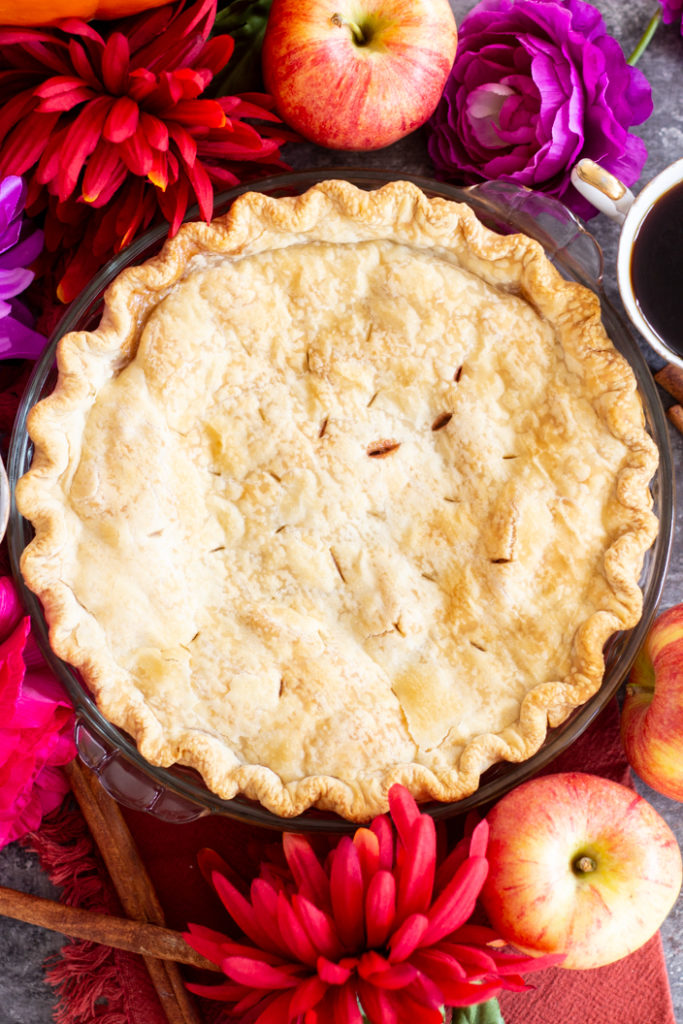 My mom found this Apple Pie recipe in a Seventeen magazine when she was a teenager (where she also found Chocolate Scotcheroos), so it’s probably from the late 60s, give or take. She’s made it for decades now, and it is the official Apple Pie of my family. 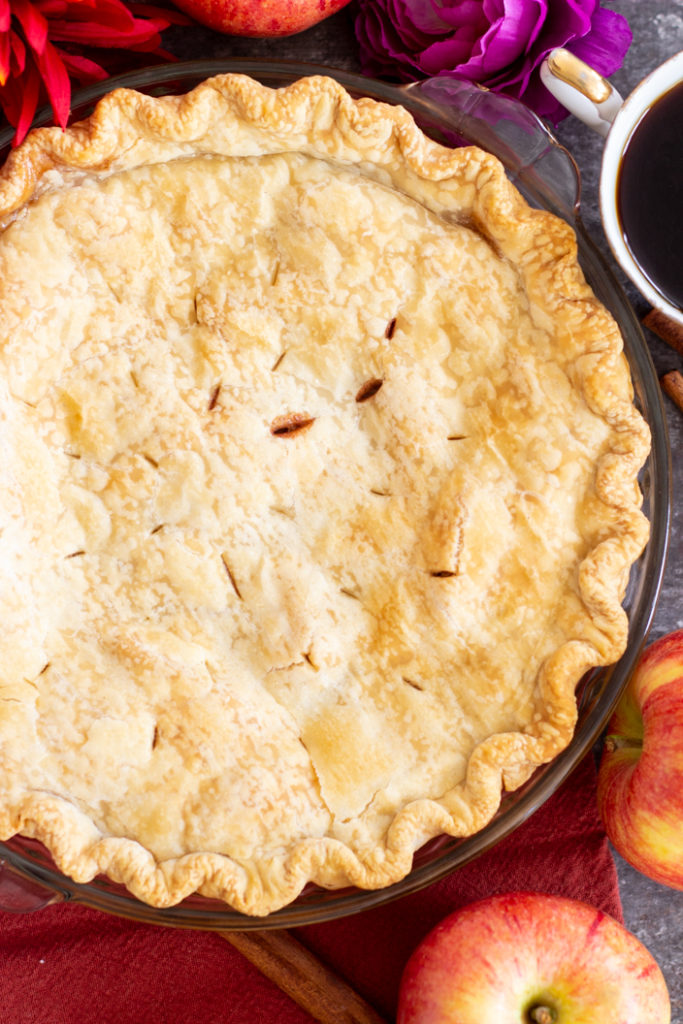 My Mom’s Apple Pie was my Grandpa’s #1 dessert request. Well, his #1 pie request. The only dessert he may have requested with greater frequency were Cracked Top Ginger Cookies. Forget Pumpkin Pie, forget Peanut Butter Pie, he asked for my Mom’s Apple Pie.

With the holidays approaching (with record speed, it feels like), this is a recipe you want to have in your arsenal. 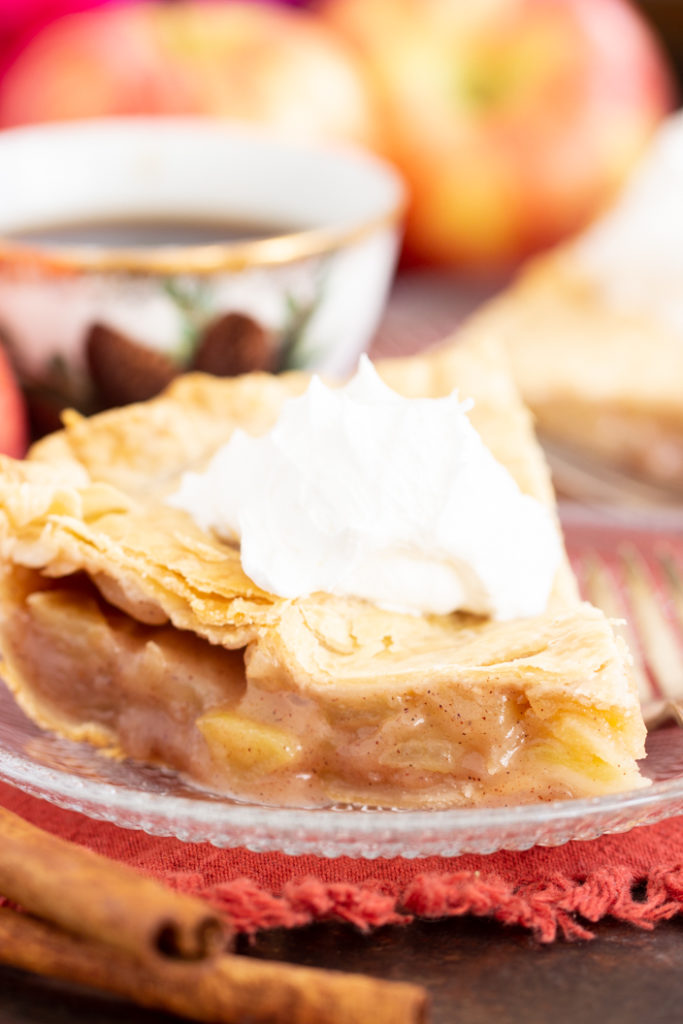 Why is my Mom’s Apple Pie recipe extraordinary? With most apple pies, you just toss sliced apples with cinnamon and sugar, and bake them in pie crusts. That’s so ho-hum!

This recipe involves cooking a sweet, cinnamon & spice syrup over the stovetop, and then dousing the apples in it.

The syrup softens the apples as they bake, infusing them with cinnamon syrup goodness, and making the filling super gooey. The apples absorb the syrup, but also swim in it.

It only takes 5-10 minutes to prep the syrup. Although it’s an extra step compared to classic Apple Pie, it is so worth it. It’s not hard at all — you don’t need to bring it to a certain temperature, or use a candy thermometer, nothing like that. You just heat & stir the ingredients til thick. 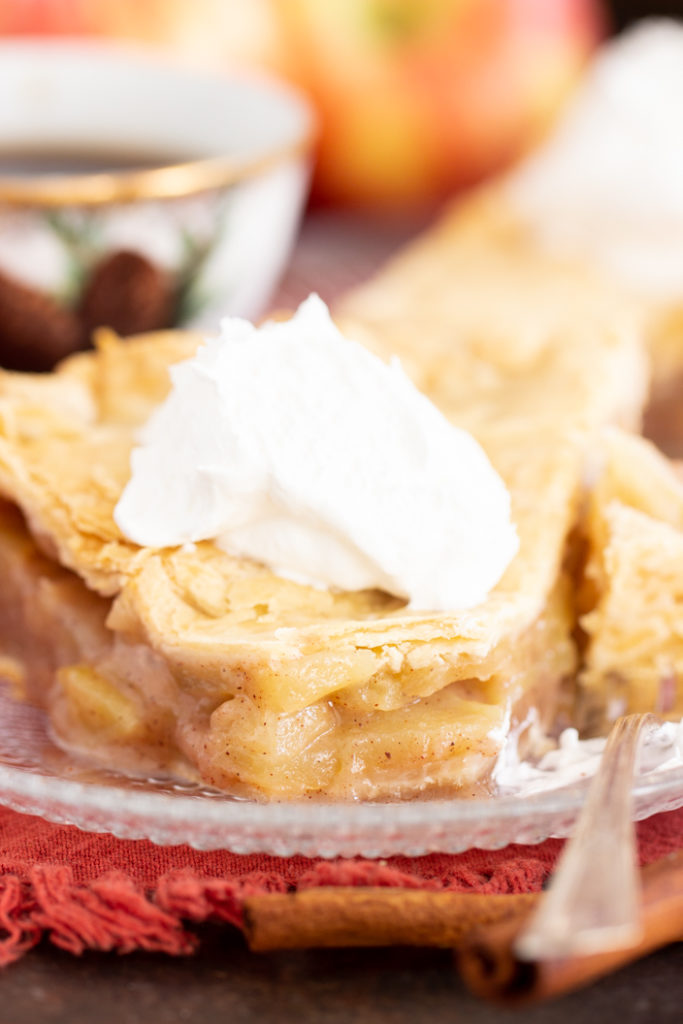 The cinnamon syrup is so irresistible, you will want to eat it by the spoonful.

The other distinguishing feature about Mom’s Apple Pie, besides the aforementioned syrup, is a special ingredient contained in that syrup: apple cider vinegar.

I’m telling you… there is no substitute. It’s a must. It’s the perfect counterbalance to an intensely sweet and spicy syrup: tang. I can’t emphasize how important that bit of zip is to the overall taste of the pie. Sure, it’s only 2 tablespoons of apple cider vinegar, but it is everything. 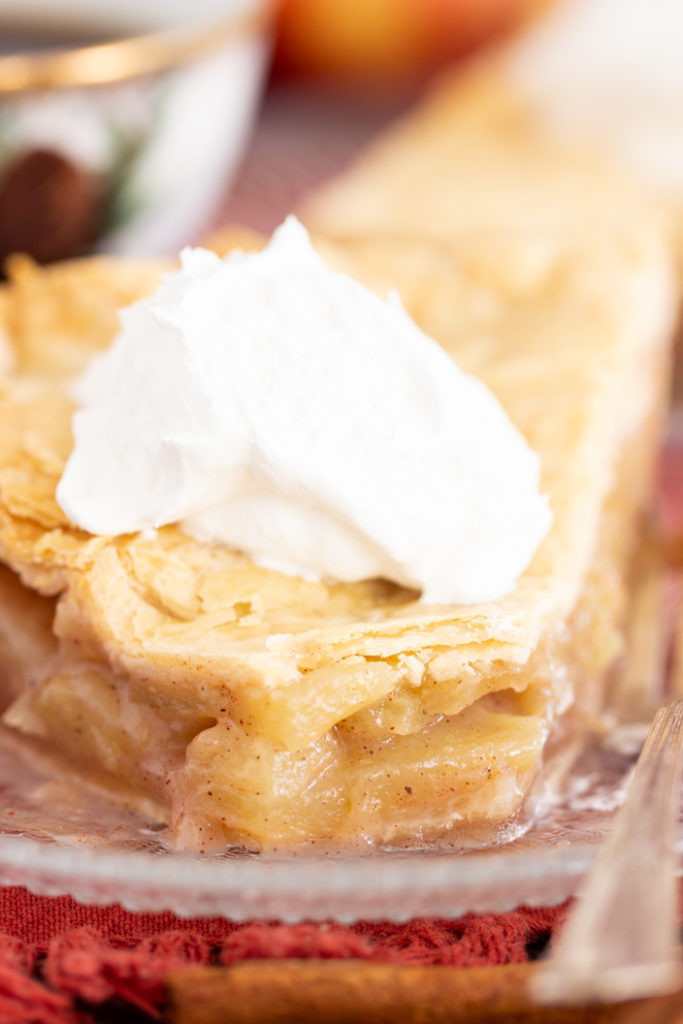 It is perhaps my favorite part of the pie! Even over the syrup itself. The tang and zip cut through the sugar and spice. In my opinion, it can’t be left out, and there is no substitute. Must get apple cider vinegar for this Apple Pie recipe.

Granny Smith apples are the way to go here. They are my personal pick for baking. They’re firm, so they hold up well and don’t turn to mush. Their inherent tartness is also a benefit. Just as the apple cider vinegar adds a bit of tang and keeps the pie balanced, so does the tartness from Granny Smith apples.

I know that everyone has a particular Apple Pie recipe that they love more than others, but if you try my Mom’s Apple Pie  recipe just once, you’ll never go back! 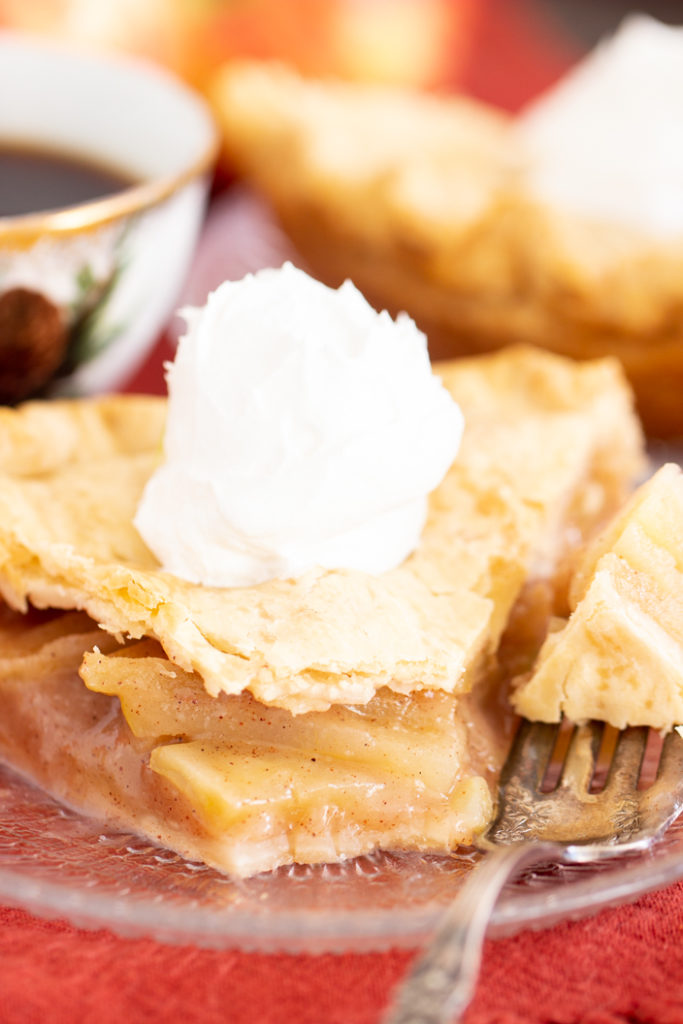 Interested in other apple desserts? I have apple pie, apple crisp, and even apple cheesecake! –>

Other favorite pies if you’re looking to expand your pie offerings this holiday season! –>

Making a pie and have leftover pie crust scraps? –> Pie Crust Cookies are a must. 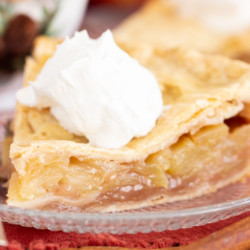 A note on baking time: Sometimes it can be hard to tell when this pie is done and when the apples will be tender. It’s usually ready between 40-50 minutes, and you should not need to bake more than 50 minutes! Trust that it’s done provided that the top and edges are golden. If you use a clear baking dish, you can also peek at the bottom to make sure the crust doesn’t look doughy in the middle. I’ve made the mistake of baking this past 50 minutes because I was unsure it's done, and the apples turn to applesauce/mush! It’ll take somewhere between 40-50 minutes, and no more than 50 as long as your oven isn’t whack!
Keyword apple pie, best apple pie, classic apple pie, favorite apple pie, mom's apple pie 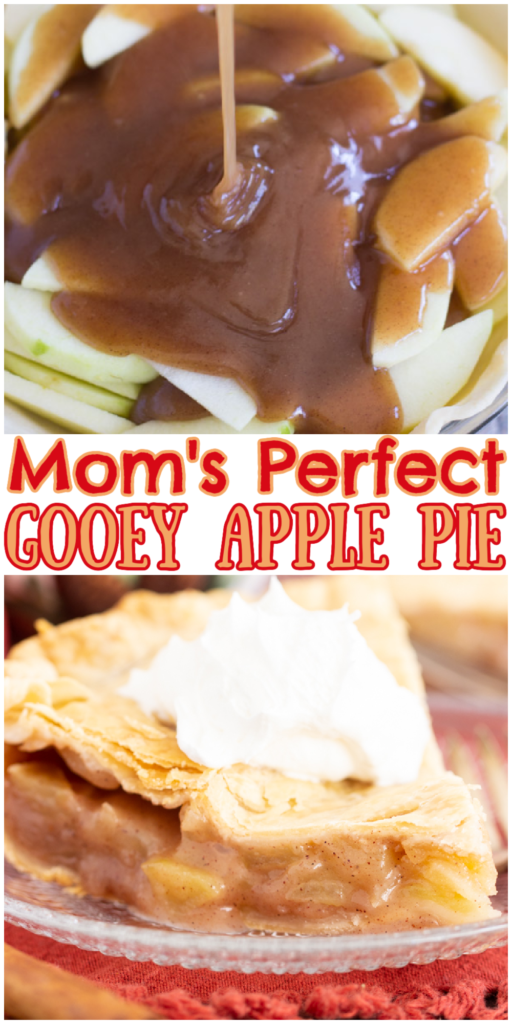 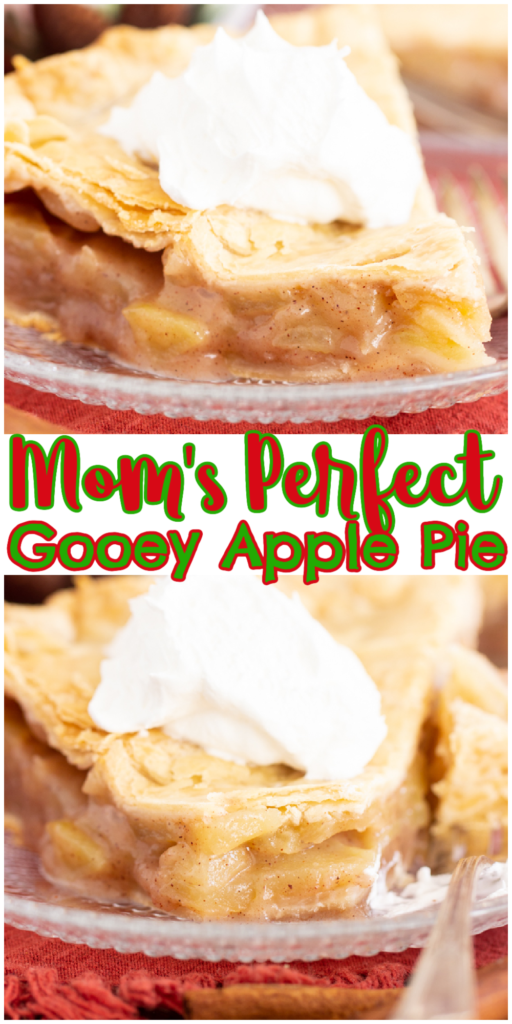