I’m really dragging my feet on fall recipes this year. I’m usually well-rested, motivated, and inspired for endless baking from September through December.

This year is different (as it is in many other ways!). I cannot get a move on! In fact, the autumn-themed recipes you’ve seen so far were all stragglers from last fall. 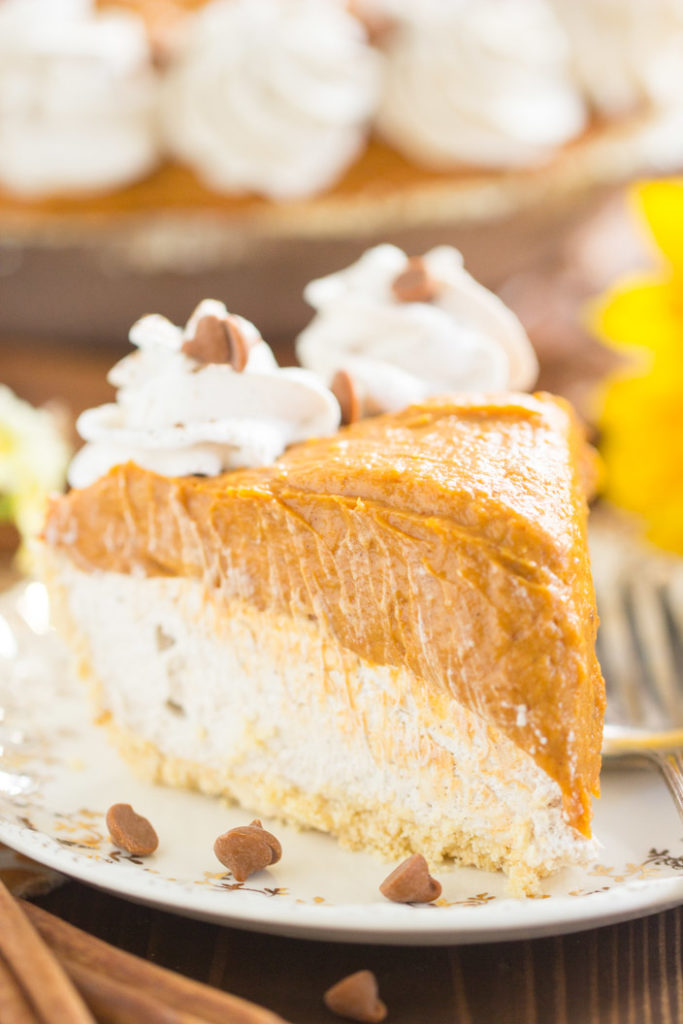 Pumpkin Cheesecake is in my household’s top 5 favorite fall desserts, but if I’m in the mood for pumpkin cheesecake, and I don’t feel like putting in the work (even though cheesecakes are honestly so easy) to do a baked cheesecake… you know, gotta wait for the cream cheese to soften, then mix it, it bakes for at least an hour, takes many hours to cool and chill… 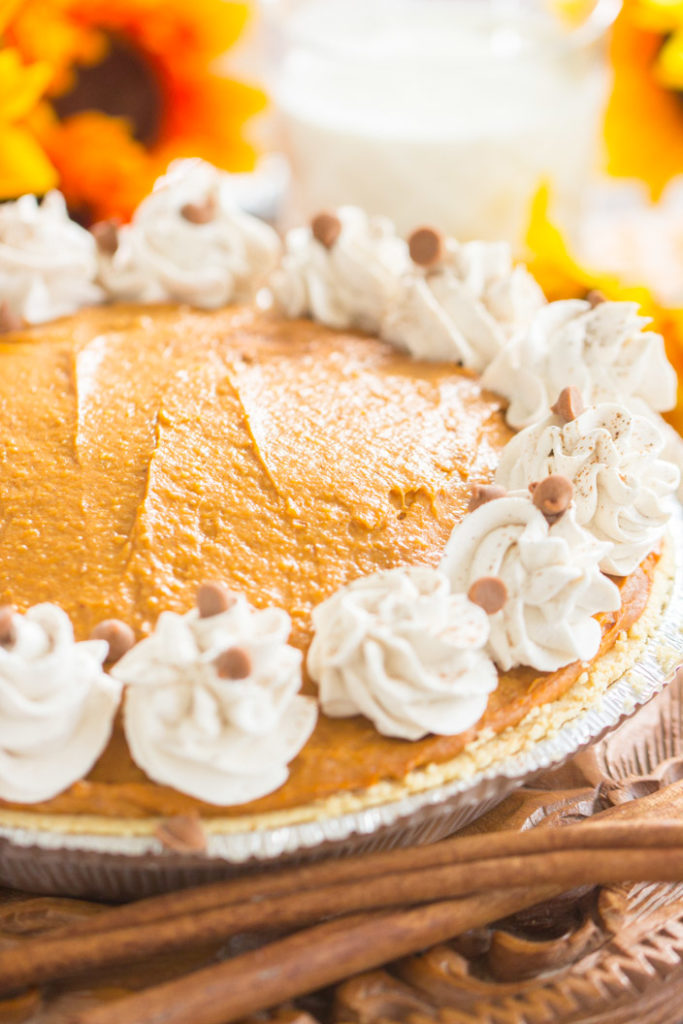 It’s minimal active work, but it’s lots of idle time. By contrast, this No Bake Chai Pumpkin Cheesecake preps in 15-20 minutes, you can even skip chill time if you’re feeling impatient, and so you can have a fork in a slice of this in a half hour or less.

This No Bake Chai Pumpkin Cheesecake recipe won’t be as fancy or elegant as a traditional cheesecake, no, but that’s actually part of it’s charm! This is such a casual dessert, and one that you could classify as an “everyday cheesecake”, if such a thing exists. Let’s make that a new term of art: everyday cheesecake. 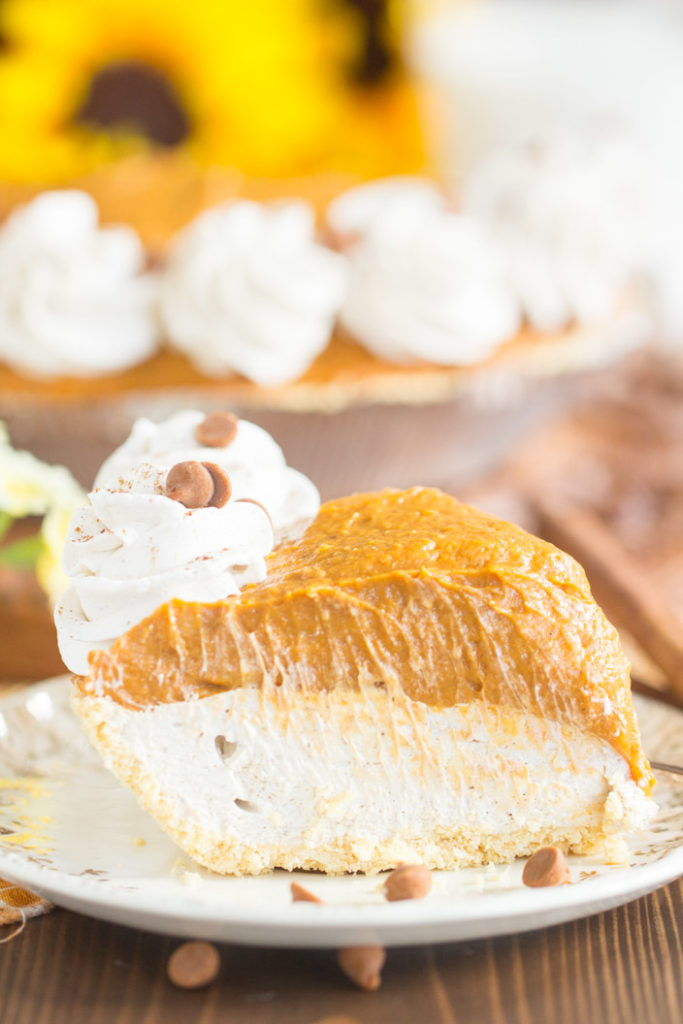 This recipe makes it so effortless to have a homemade, seasonal dessert on hand. All the awesomeness that comes with combining pumpkin, spices, and cheesecake, but casual and fuss-free.

It’s also very light, not heavy like traditional cheesecake, so it’s a good everyday cheesecake that won’t make you feel like a stuffed turkey. It’s fluffy and mousse-y, but still filling and satisfying. 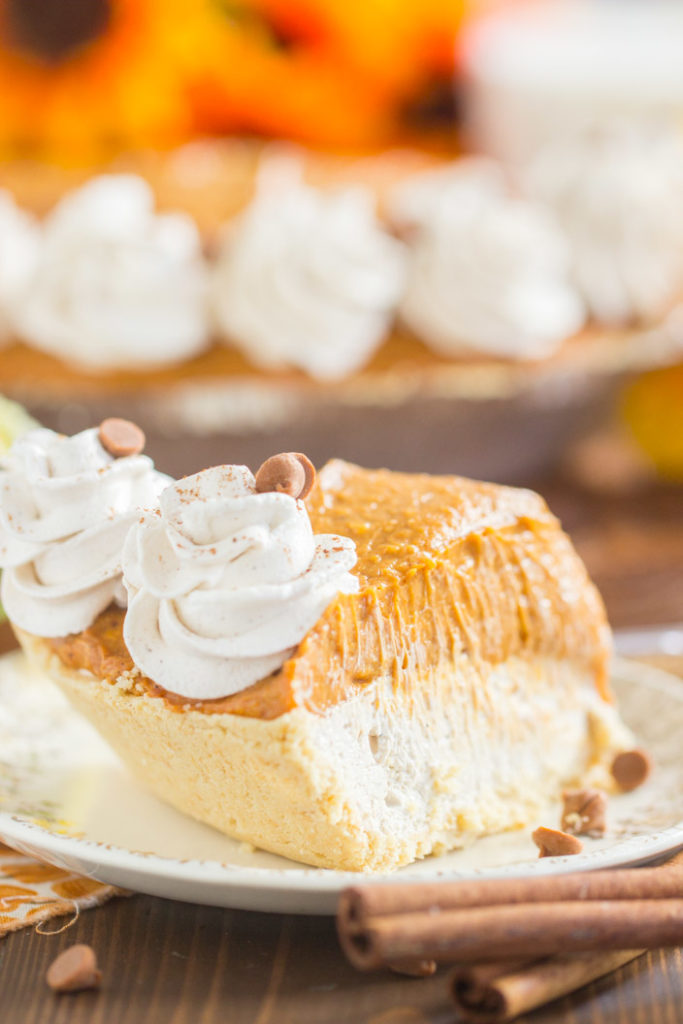 The chai component… I love chai things. The first semester I was in college, I blew through my meal points because I would pass through the student center and pick up a chai latte every morning on my way to class. I curtailed my daily chai latte habit, but when fall rolls around, I really crave them, and they’re one of my favorite treats.

Chai signals fall and holidays for me, and so does this original No Bake Pumpkin Cheesecake recipe, so it felt natural to combine them! 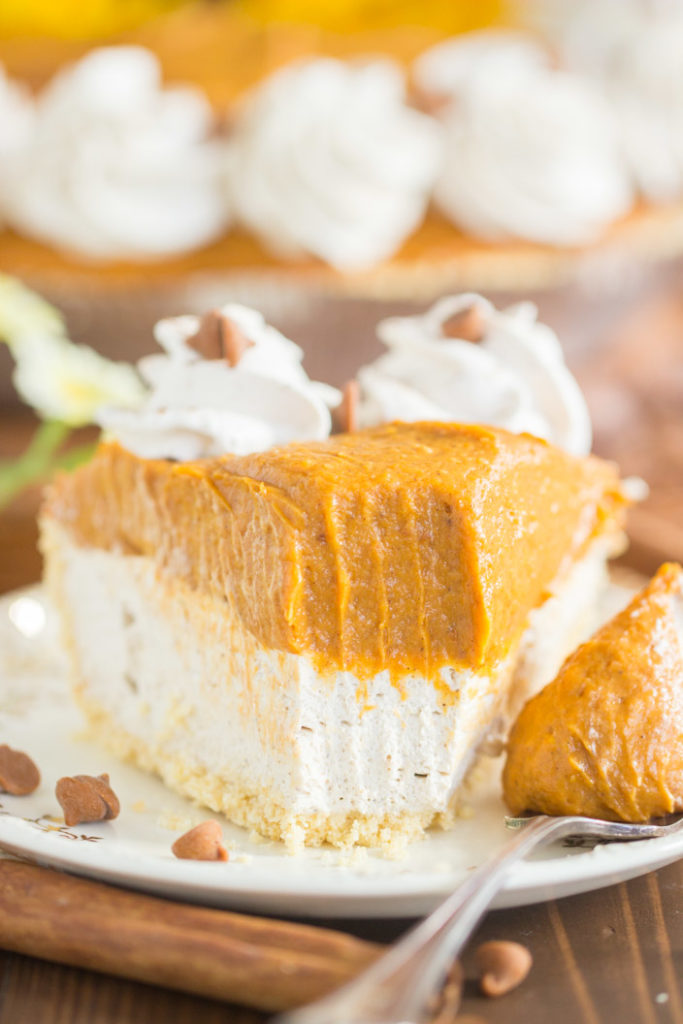 There’s nothing not to adore about this No Bake Chai Pumpkin Cheesecake basically! It checks all boxes: quick, easy, delicious, and seasonal.

As I said, the classic recipe has inspired a few others now. All are no bake and ready in minutes:

Pumpkin Cheesecake is a favorite in all forms, baked or not, and I have a slew of baked options too. 🙂 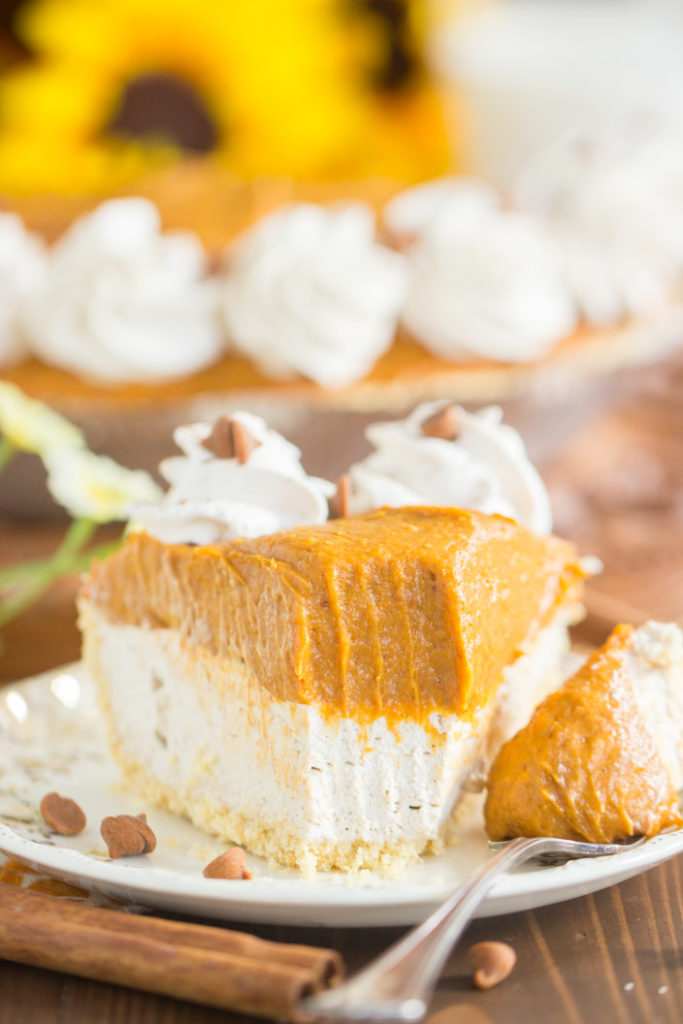 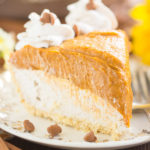 Looking for other no bake pies? Check out this No Bake Peanut Butter Pie recipe, this Pecan Cream Pie, this No Bake Coconut Cream Pie, my Pistachio Pie, or this Amaretto Cream Pie! 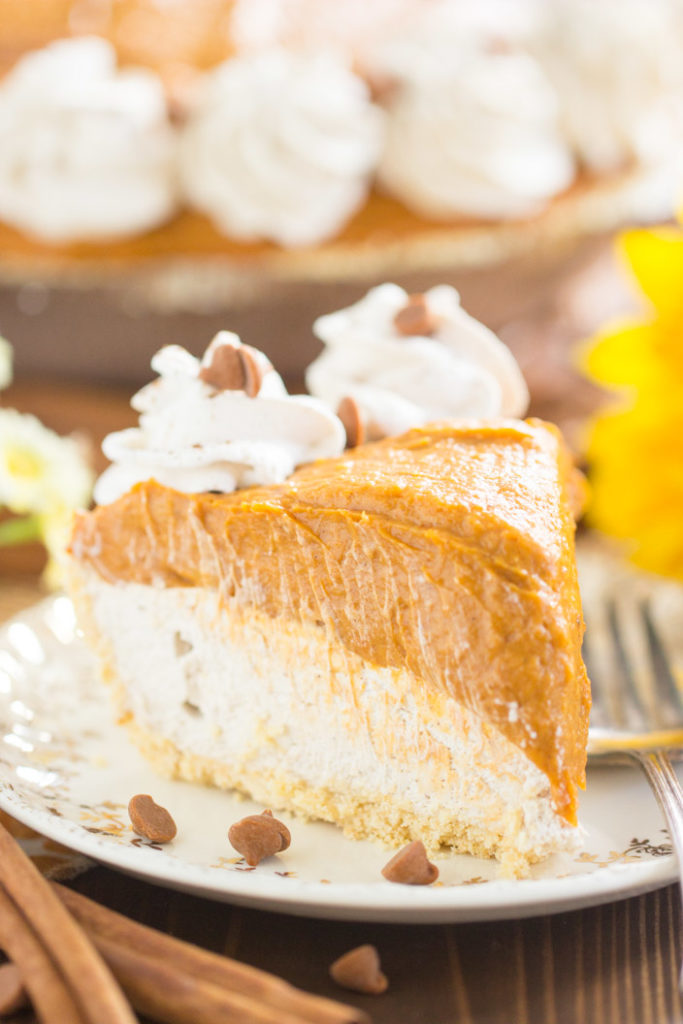