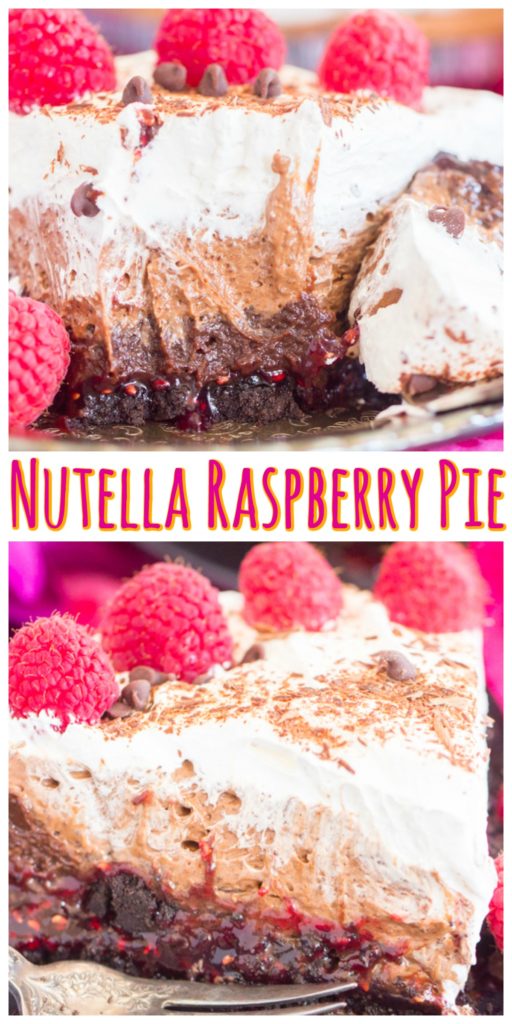 Good morning! Another day, another pie. Not the last one I’ll be posting this week, so buckle up. We’re in full-on summer now, and I always turn to no bake pies in the summertime. 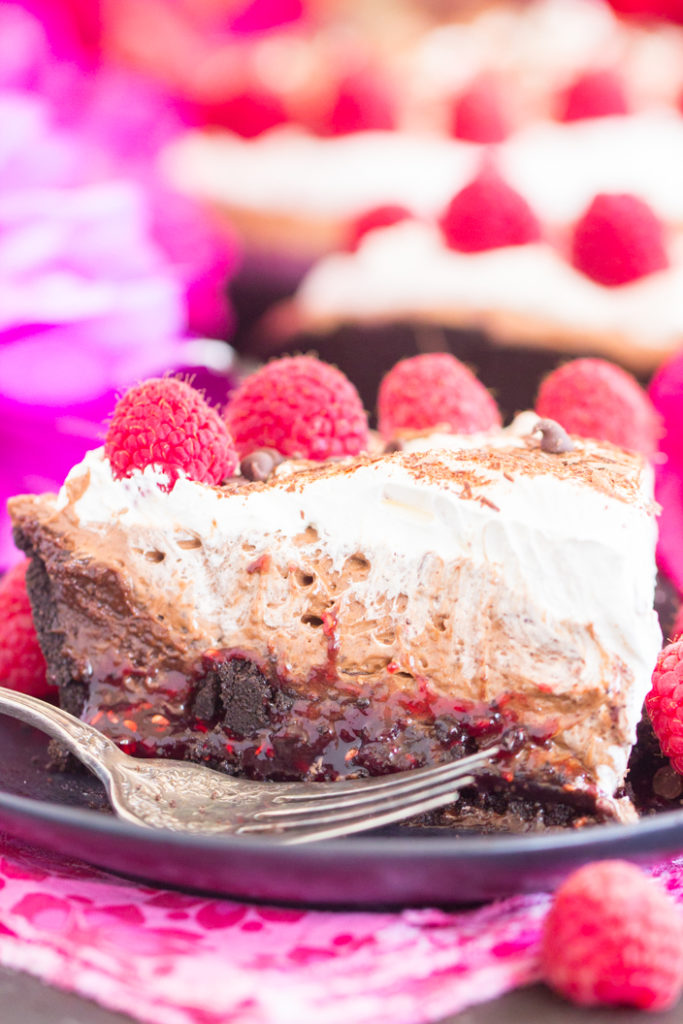 Our temps down here in Florida have been in the high 90s for over a week as it is, and my kitchen truly heats up when I turn on the oven. Even in our winter months here, I have to crank the AC if I want to stay cool in the kitchen. The best case scenario this time of year is a no bake recipe that doesn’t require my oven.

Also, since it’s summertime, most people don’t want to be stuck indoors anyway. After all, we’ve been cooped up inside for an extraordinary amount of time over the last few months. Spend as little time in the house as you can. 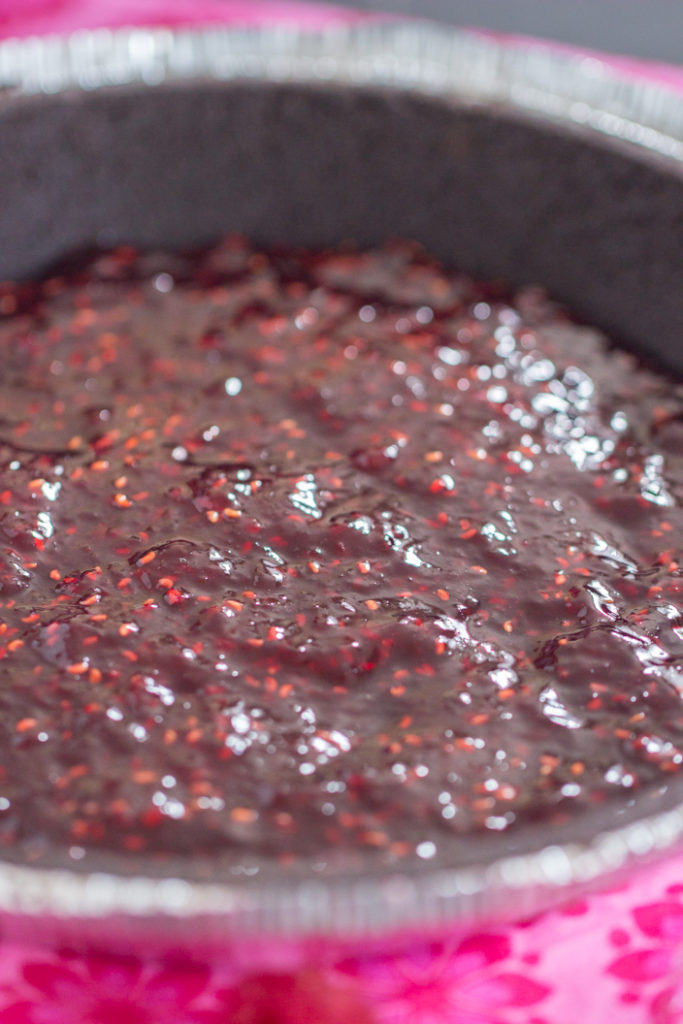 No bake pies are your best friend right now. You want something homemade (or semi-homemade anyway), but will not have you toiling away in the house.

This No Bake Raspberry Nutella Pie is quick-to-prep, and despite having a number of layers to it, is only just a few simple, easy steps. Minimal work and effort, short prep time, AND common, accessible ingredients. 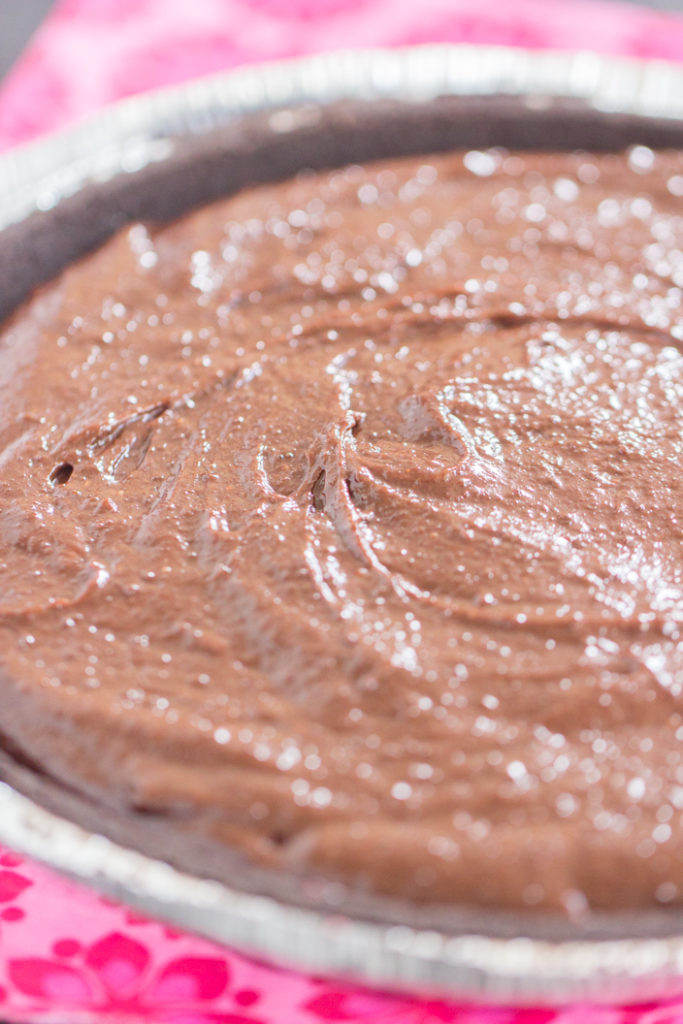 Strawberries or cherries are also fine choices though, and I could even see blueberries being a nice marriage with Nutella! If you want to substitute for a different fruit/berry and type of jam, that can certainly be done. 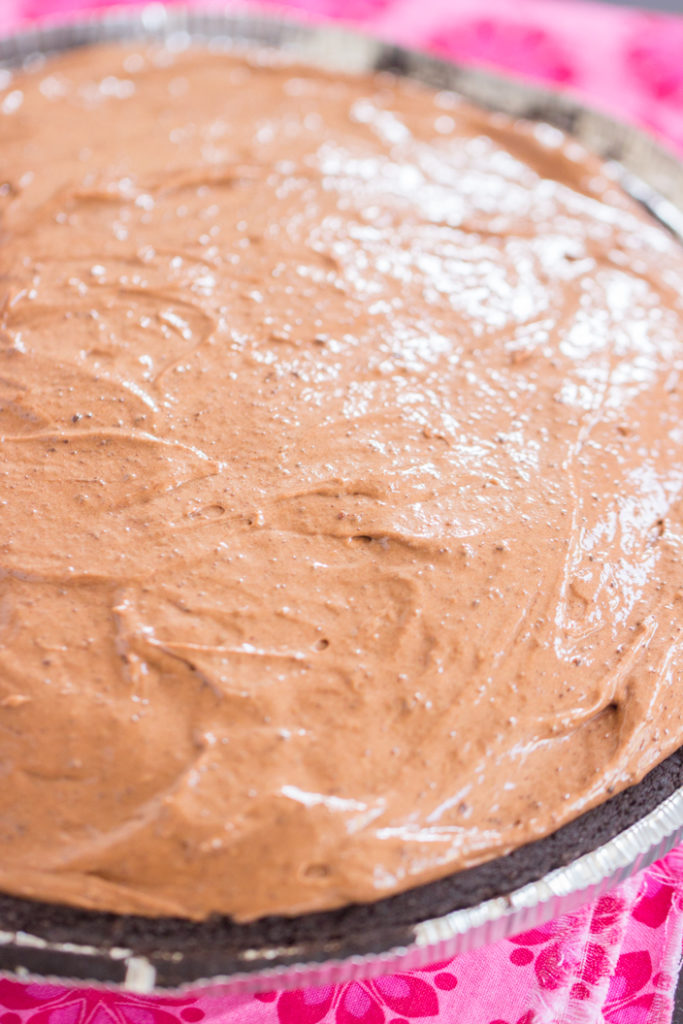 But my #1 pick is raspberries. They feel elegant. Not sure why, but they just do, and I also simply think that raspberry, chocolate, and hazelnut are so well-suited.

This No Bake Raspberry Nutella Pie has a couple layers, but it’s the furthest thing from complicated or difficult. The bottom layer is simply raspberry preserves. Most recipes would recommend seedless. I weirdly like the seeds, so that’s what I use, but go with your personal tastes! 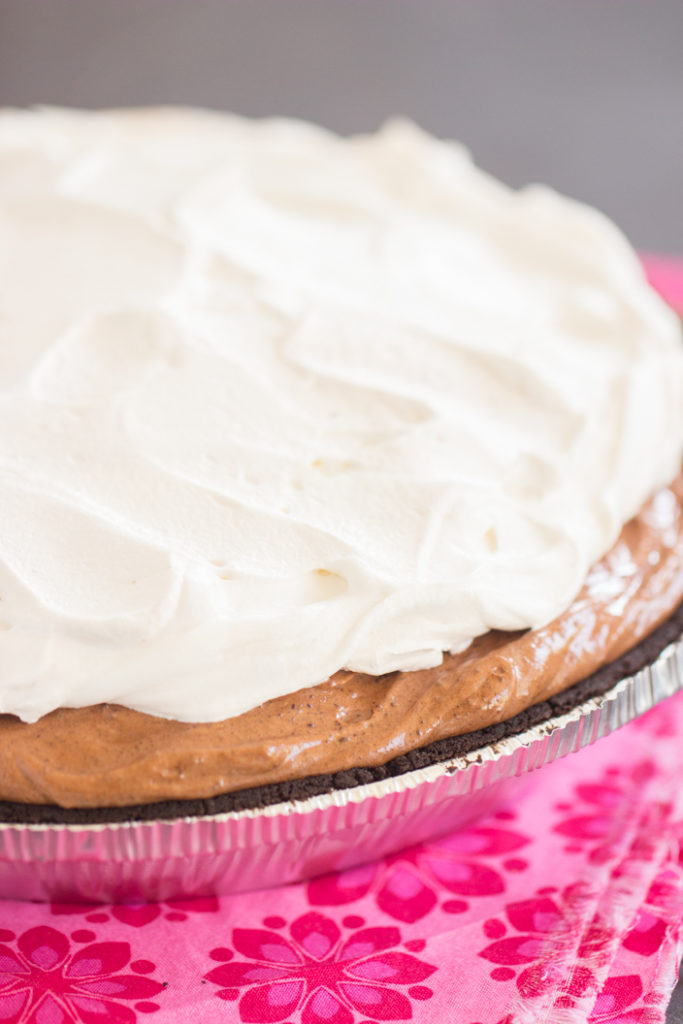 It’s really thick and creamy, and the Nutella just elevates regular ol’ pudding to next level in both flavor and texture. So yummy. Eat it all on its own. 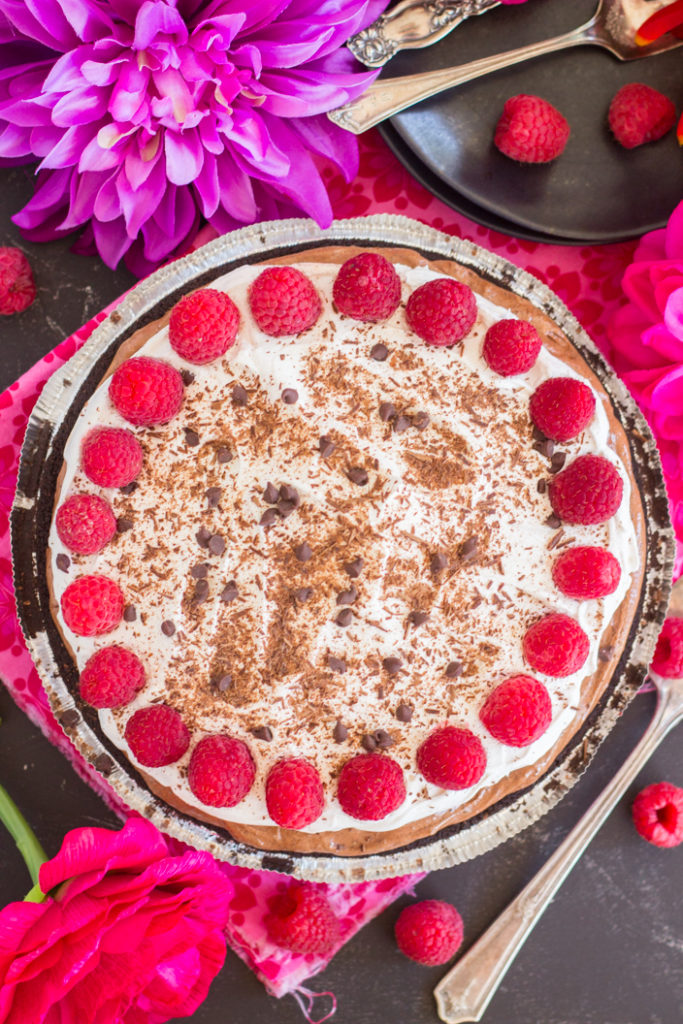 It could be a dip. Dunk berries or graham crackers or Oreos in it. Love that idea. Remind me to do that.

The next layer is a little bit of that Nutella chocolate pudding mixture combined with whipped cream for a lighter, mousse-y layer. Fluffy, puffy, and creamy. Actually, it could also be a dip! A fluffier one. 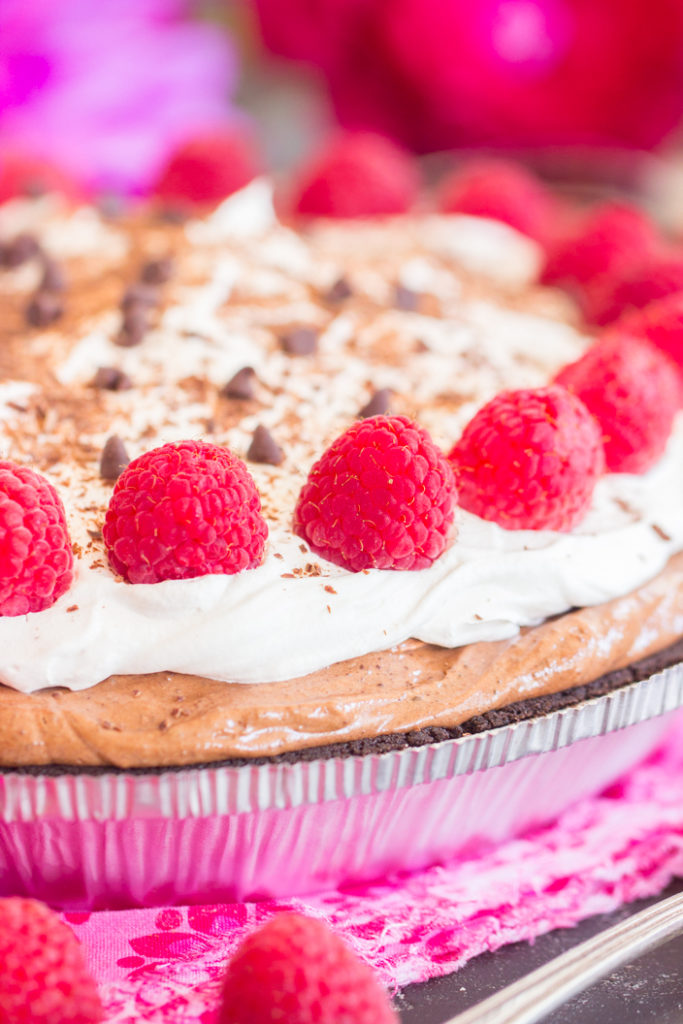 Lastly, top this No Bake Raspberry Nutella Pie with a few garnishes to cap it off. A beautiful blanket of whipped cream, chocolate curls, or chocolate chips — honestly, whatever is handy — and a handful of fresh raspberries.

The most basic of pies will get a fancy final look with a couple of super simple, effortless garnishes. 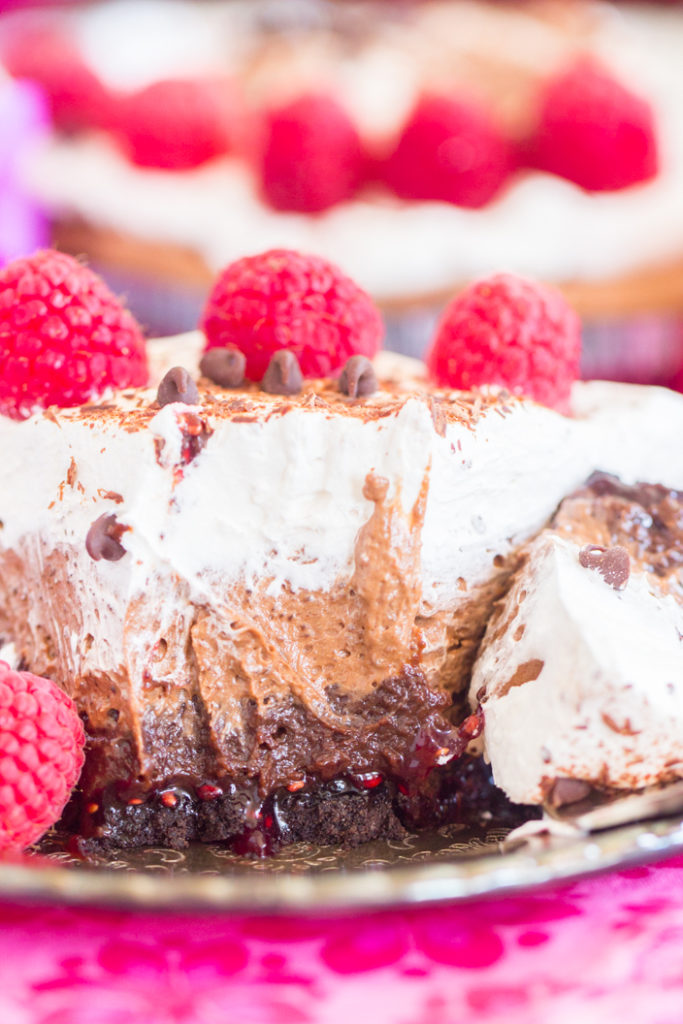 Garnishes are easy to scrimp on, and you could certainly dispense with them altogether if you want to be seriously quick and fuss-free, but I do think they add such a punch to the final presentation.

Want to make substitutions or upgrades to this No Bake Raspberry Nutella Pie?

Here are some tips and variations: 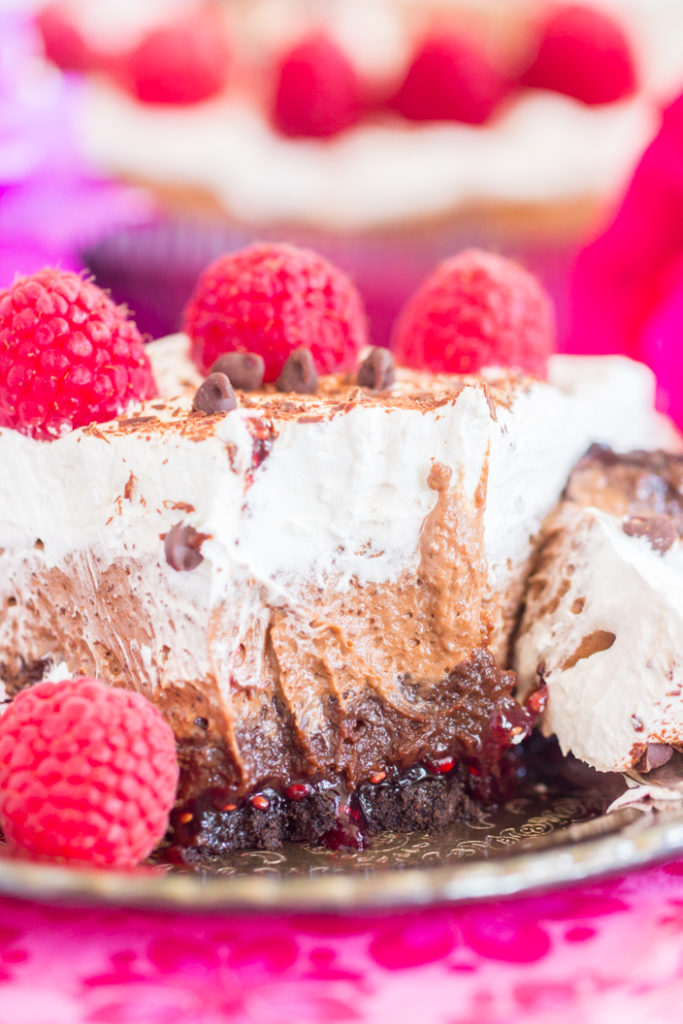 I LOVE Nutella, and use it often! As usual, linking some faves here — top Nutella recipes: 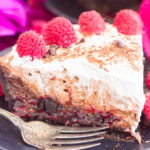 Weirdly, I like raspberry seeds, I usually use regular raspberry preserves, but many recipes recommend seedless. Go with your preference!

Aaaand a few of my fave no bake pie recipes! 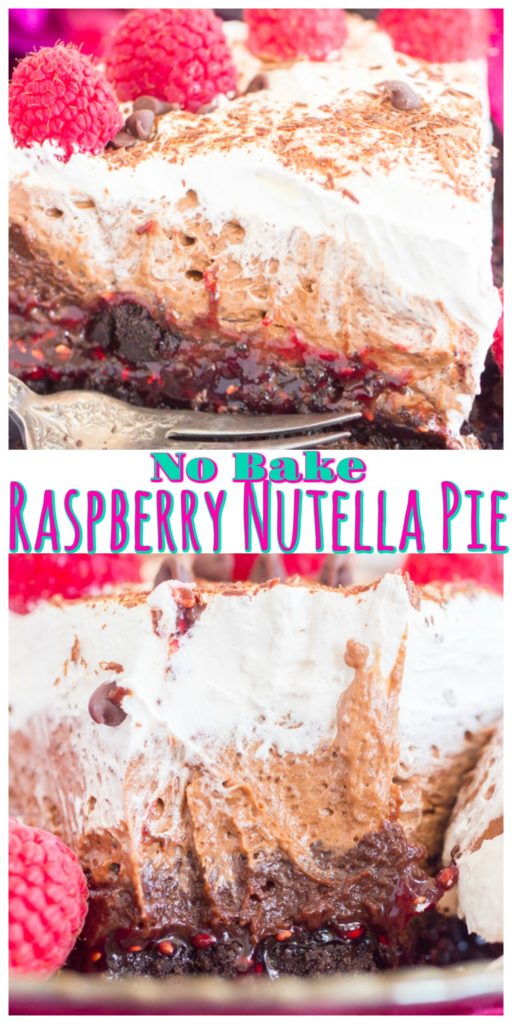